Preservationist and homeowner Harvey Bennett began his experiments as an open-hearth chef more than 30 years ago. The practice has become more than a charming, occasional re-enactment. He and his wife Paula agree that replace-cooked food tastes better: “I think the bricks add something special to the flavor,” Paula insists, as does, of course, the smoke.

“Cooking in fireplaces first appealed to me because it uses the same fuel for more than one purpose,” Harvey says. “I move the andirons and cook over hot coals. Grilling is easy, but roasting is more complicated.” He has explored techniques for cooking stews in a cast-iron kettle with hot coals heaped on the lid.

The couple have collected and developed recipes that date to the 1700s. “Just like there are various versions of popular recipes today, historic recipes differ on ingredients and their quantities,” Paula says. “Still, I don’t think I have ever seen modern recipes in which measurements diverge as dramatically as they do in 18th- century recipes for Indian pudding.” An old New England dessert whose popularity has faded, Indian pudding is still a favorite for this Maine couple on cold winter nights. 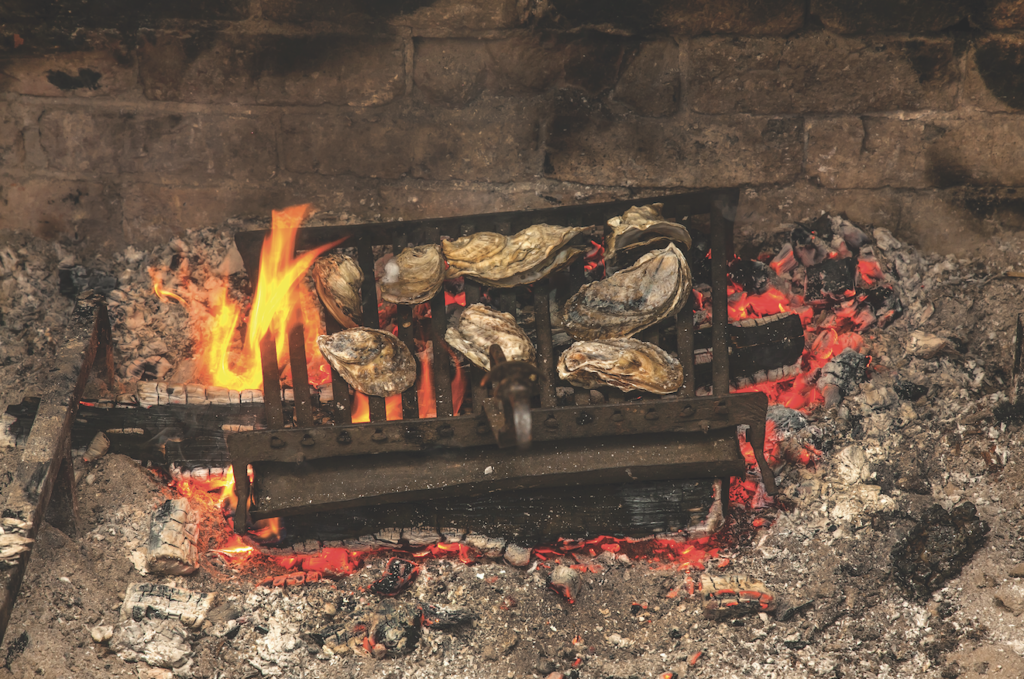 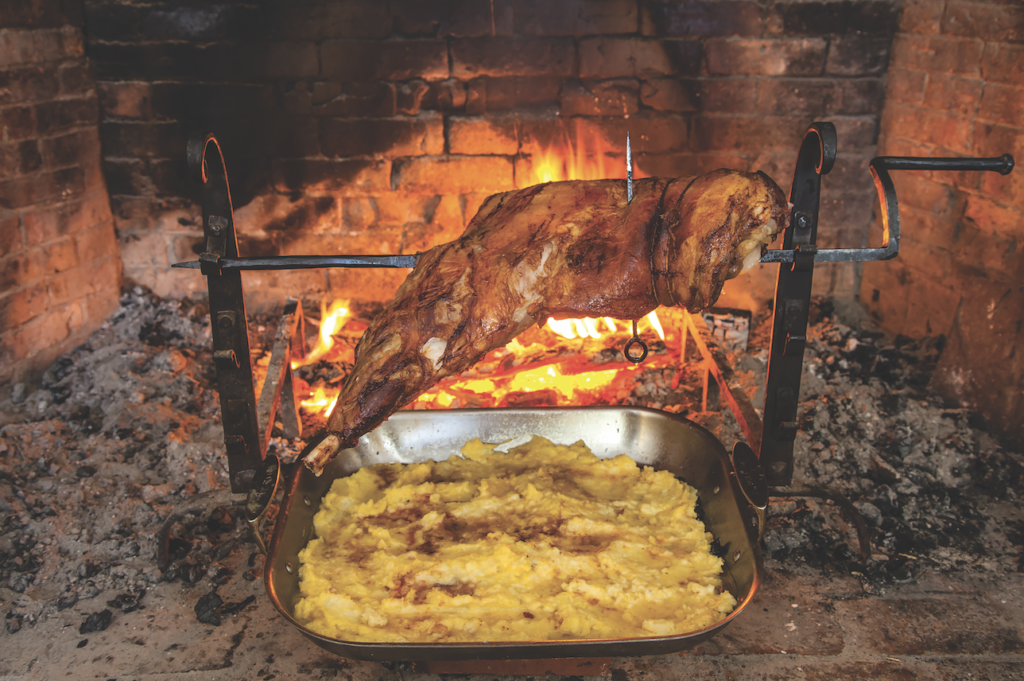 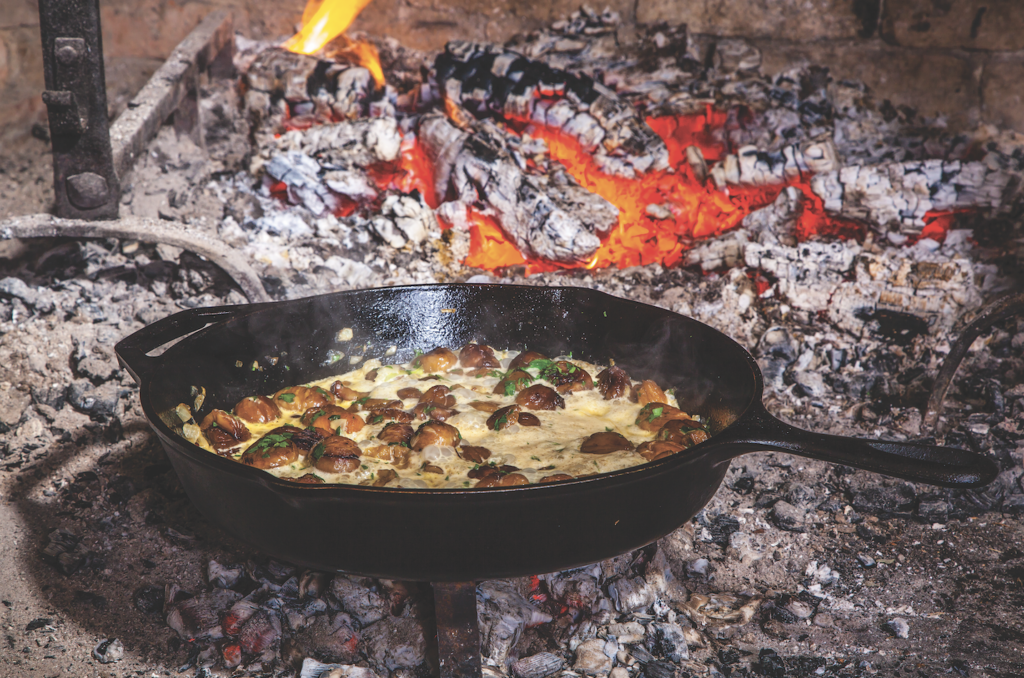 * Paula found some historic recipes calling for sorghum, with a taste similar to molasses but lighter. She also added maple syrup, assuming that a thrifty New England household would have it on hand, the Colonists having learned to tap trees from the Indians.