“This a monumental undertaking, restoration with a capital R,” says Paul Somerville, a preservation consultant and interior designer based in Hoboken, New Jersey. He refers to a five-storey, 5,600-square-foot brownstone row house located on Hudson Street in Hoboken. The 19-foot-wide building was built in 1883 as the end unit of a four-house cluster; lore has it that the developer kept this one for himself. Surrounded by a balustrade with carved brownstone newels and posts, the house is the star of the lineup. A storey taller than its neighbors, its cresting-embellished mansard roof is laid in three-color rosettes of Vermont slate. This was the first mansard roof in town; Hudson Street was then the city’s Park Avenue, home to the professional and merchant class.

This continued to be a posh address into the 20th century. Between ca. 1920 and 1945, it was home to Hoboken mayor George Washington Gonzales, who introduced murals and stained glass to the music room. Later, the area changed and the house became a dormitory for Stevens Institute of Technology, which is across the street. By the time Patrick G. Quinn found it, it was “very rundown,” he says. “And they had put up partitions everywhere to make more rooms.

“We had a home in North Brunswick, about 44 miles away, but I had an office a mile and a half from here, in Jersey City,” says Quinn, a retired stockbroker. “My wife, Naty, and I have always loved old houses and, in particular, brownstones. So, when I saw a very small For Sale sign in a window, we jumped at the opportunity. In fact, we paid $80,000 more than the asking price.”

An initial engineering report said that the building’s structure was sound. “The house was built like a tank,” says Bo Dziman, a Realtor with Hoboken’s Hudson Place Realty. “It is a solid piece of construction and an incredible representation of the culture of craftsmanship during the 1880s.”

Quinn agrees that the house needed attention after years of neglect: “new systems, a new roof; the chimneys had to be repointed and the exterior balusters repaired.”

As soon as the Quinns bought the house, they hosted a party here for the Hoboken Historical Museum. That’s when they met Paul Somerville, whose design work takes him into some of New Jersey’s most substantial old houses. “We were so lucky to connect with him,” Quinn says. “He is so very knowledgeable about what is right for the house.”

Somerville recalls: “We spent the next four years restoring. Fortunately, many of the walls were simply covered when they put up partitions, but not damaged or removed—the original walls were still there. The staircase balusters and handrail ended up in the attic, intact, so we simply put them back. Much of the millwork survived, as did two magnificent chandeliers on the parlor level.”

Somerville emphasizes that the amount of work was substantial, none of it possible without the parade of skilled artisans who removed accretions and restored original features. Happy surprises included the discovery of boxes of leftover encaustic tiles in the basement, waiting to serve the repair of five fireplace hearths. The house now has radiant heat under the flooring and a multi-zoned, high-velocity heating and cooling system.

Somerville designed a kitchen that suits the Victorian house while meeting contemporary demands for style and function. Cabinets are historically inspired. The backsplash is fitted with antique tiles, and counters are made of glazed volcanic stone. The six-burner cookstove is set against a brick wall that looks like the original chimneybreast.

The 19th-century layout has adapted well to the 21st. The parlors are at the level of a piano nobile (the raised principal floor in classical architecture), twelve steps above the street, where the music room is at the back. The floor above is given over to a master suite, including a sybaritic new spa bath. In traditional 19th-century fashion, mahogany wainscots in more formal public rooms give way to mixed woods in bedrooms, and painted pine on the two uppermost floors. The dining room and kitchen, located on the lowest level, open to a brick-paved courtyard in the rear, where the garage occupies the old brick carriage house. The family enters the house through the kitchen, from the courtyard.

As Paul Somerville’s crew removed later partitions and layers of paint, they made an unexpected find. The exotic fireplaces in the parlor, music room, and master suite are made entirely of metal.

“When we first discovered what they are,” Somerville says, “we called in Christina Labrie, who is a genius with finishes. She worked on them to bring back their luster, and I think they once again look the way they did when they were installed.”

Although Somerville is not certain, he believes that the fireplace surrounds are made of cast iron and that they originated in Europe. 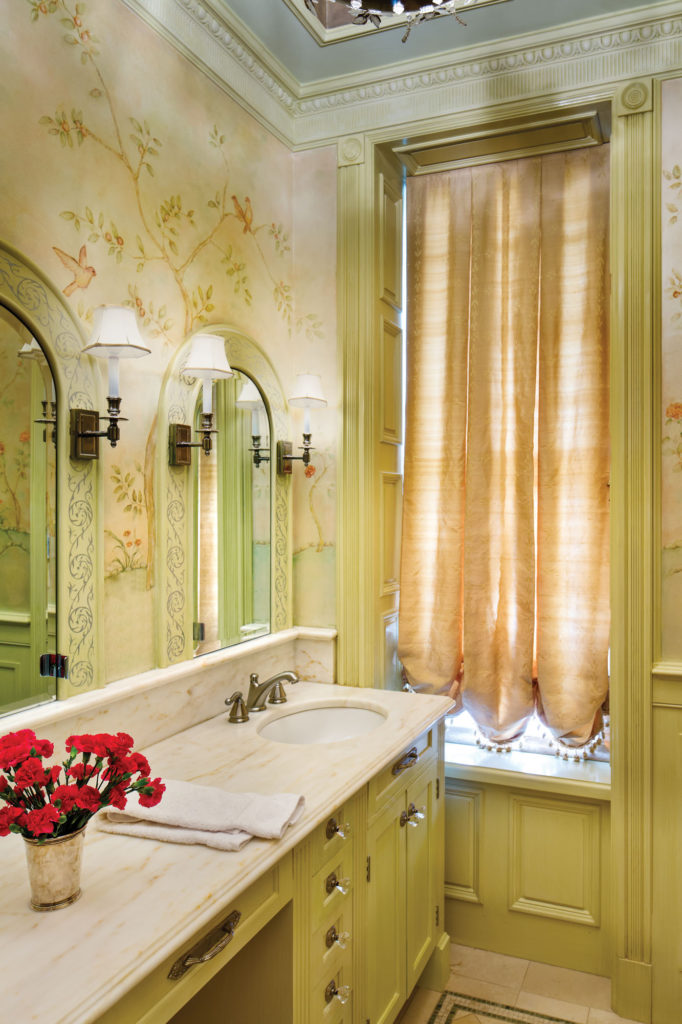 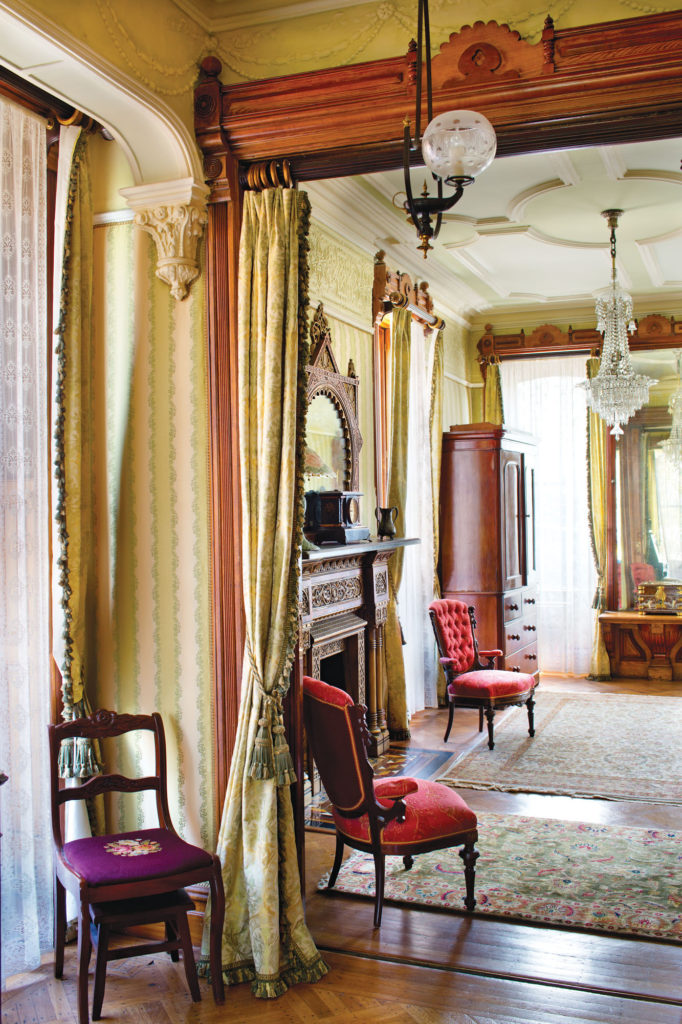 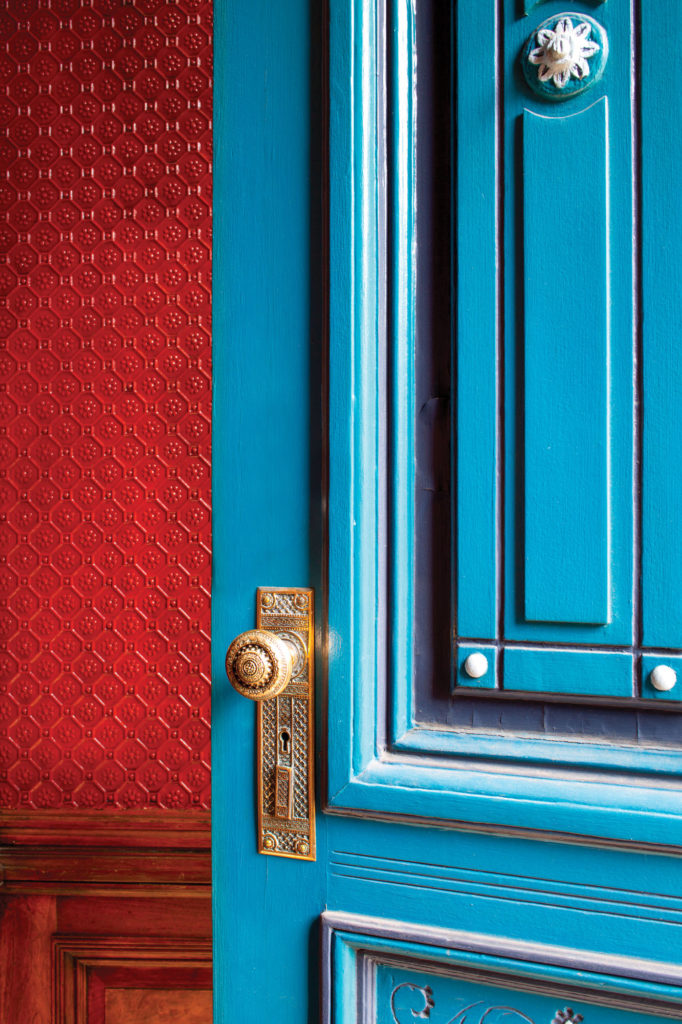 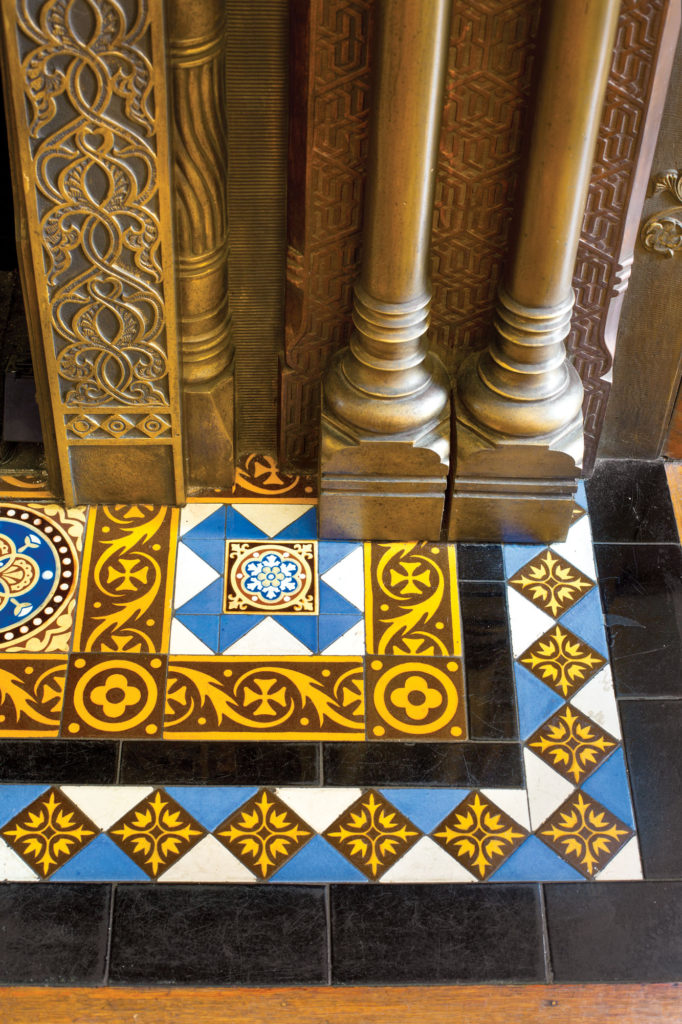 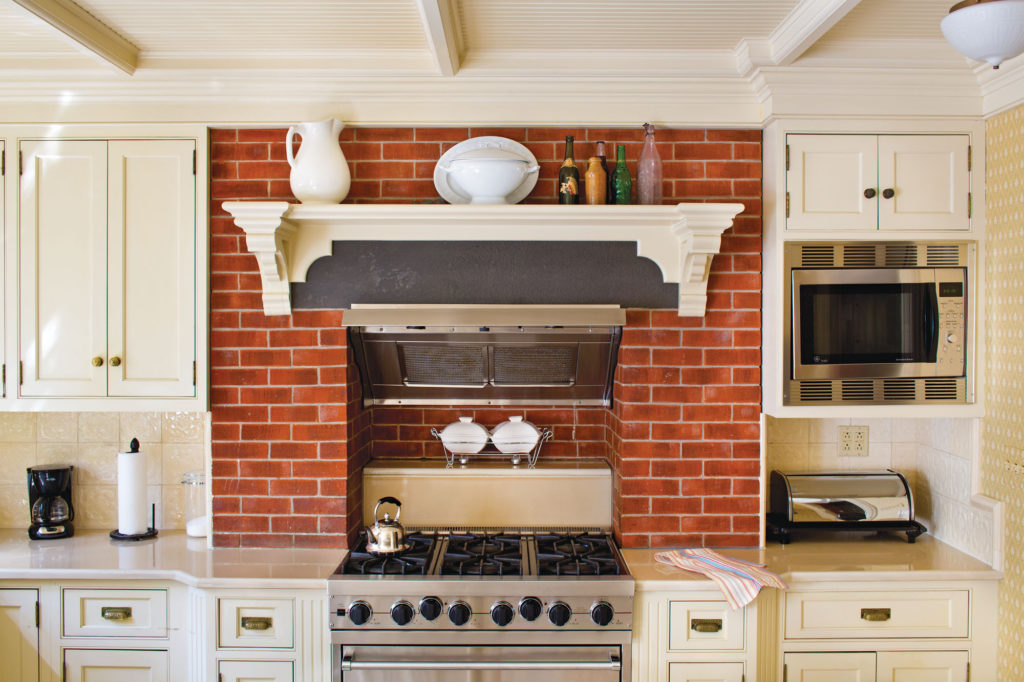 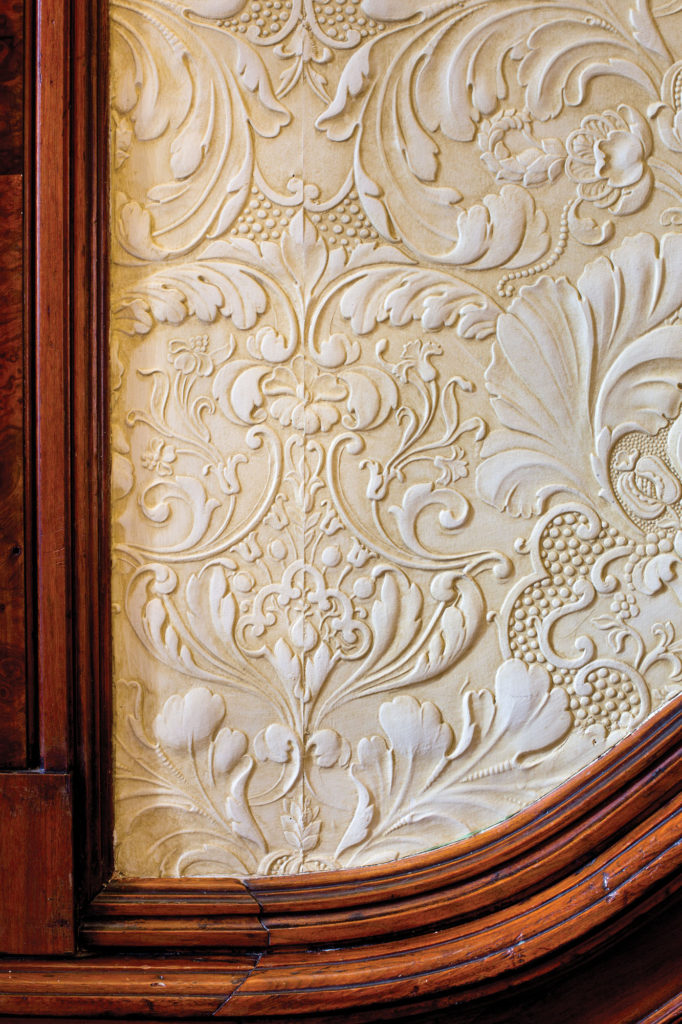 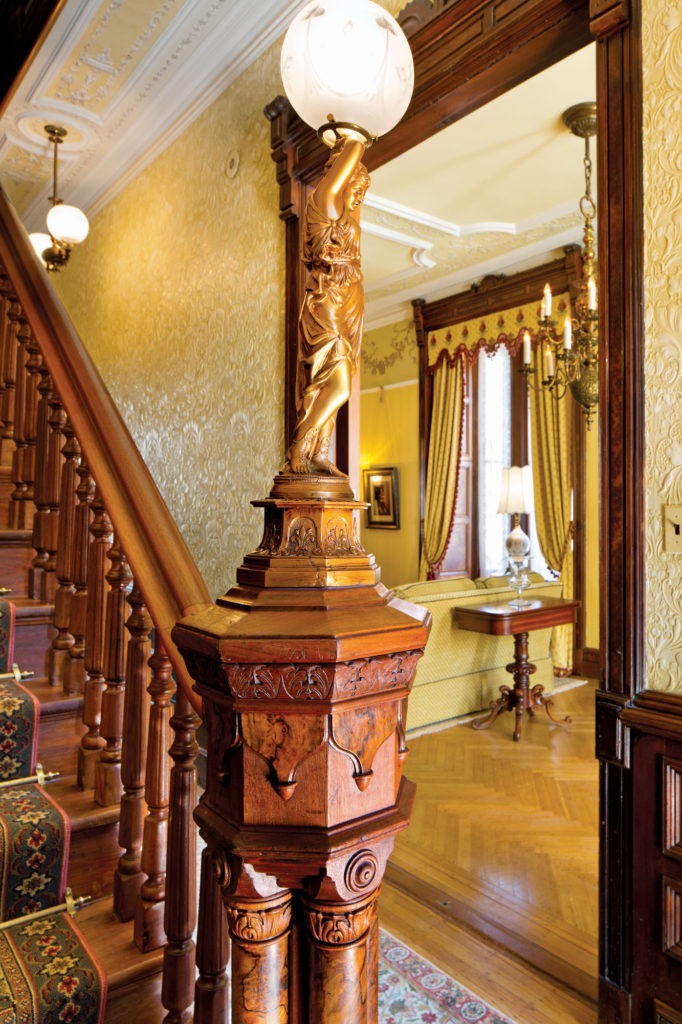 A Prairie Foursquare in Memphis

Folk Art in a Reproduction Saltbox