With so many ornaments whispering to her, antiques dealer Anne Rowe could have gone overboard furnishing her garden. Instead, she’s tucked in the perfect number to give her garden “roots” and a sense of place.

“Start with a birdbath,” Anne tells newbie collectors of garden ornament. Besides attracting fly-in company, birdbaths “give height and presence to a garden,” she says. Her advice is often sought, owing to her decades of experience antiquing and gardening. Several television segments have been filmed at the home she shares with her husband in Wilmot, New Hampshire, where she has a garden-antiques store called The Sugarplum.

After a brief blip in the suburbs, Anne found herself searching for a rural old house, a place for her family to rediscover unstructured time and space. This house in Wilmot caught her eye, and against everyone’s advice—it had no electricity, no plumbing, and blankets were tacked over holes in the walls—she and husband Garrett took the plunge. Outdoors, the four-acre property was even worse. “We took 10 truckloads of junk to the dump,” Anne recalls. Underneath “it was a jungle of juniper.”

But, once upon a time, the still-interesting house had presided over a farm. The apple orchard was still in evidence. After years devoted to house renovation, land clearing, and fortifying the depleted soil, Anne began to replace rubble with gardens. She knew exactly what she would plant: “Start with bleeding hearts,” she tells people who want an old-fashioned garden. She moved on to other evocative perennials; bee balm headed her list, and peonies, astilbes, phlox, lady’s mantle, and daylilies play major roles. Vines of all descriptions are another secret to romance in the garden. 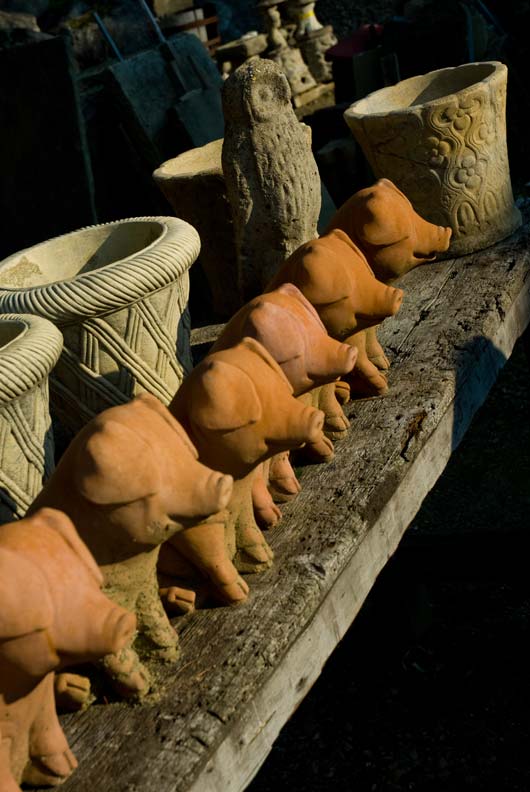 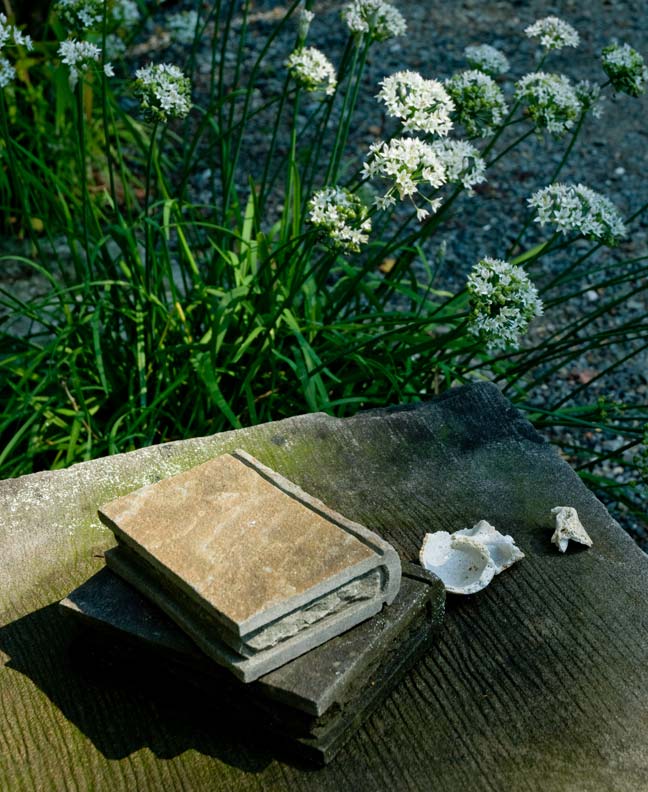 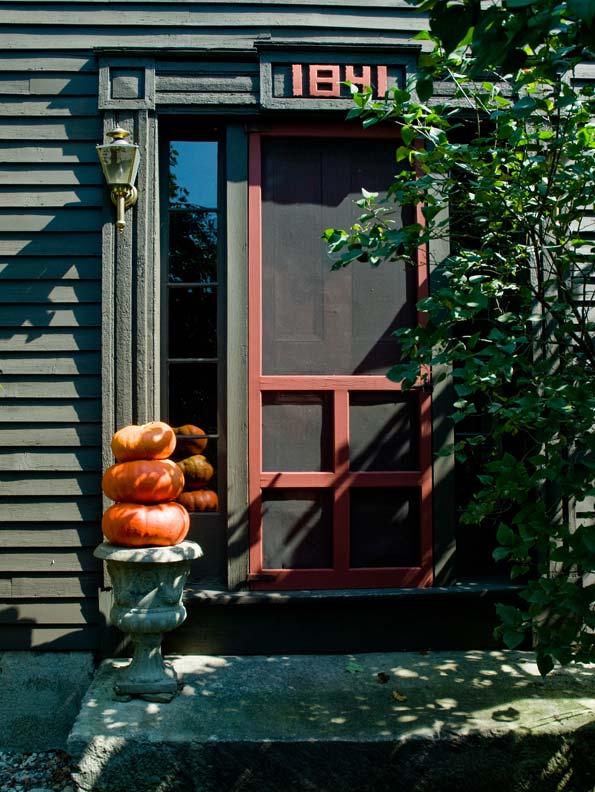 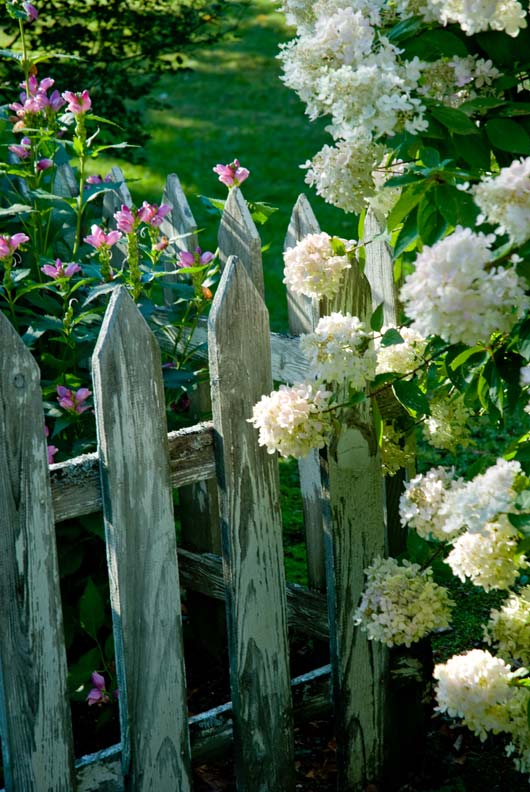 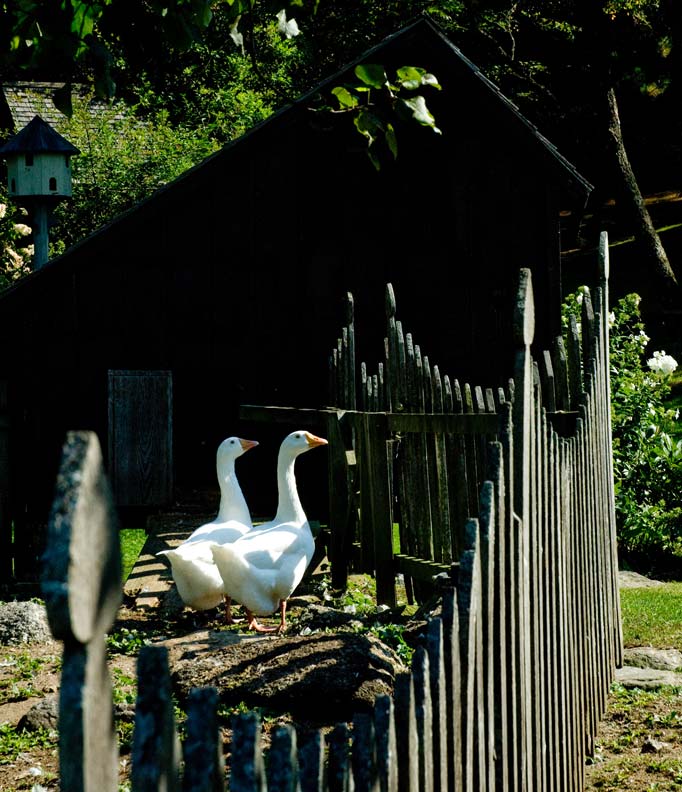 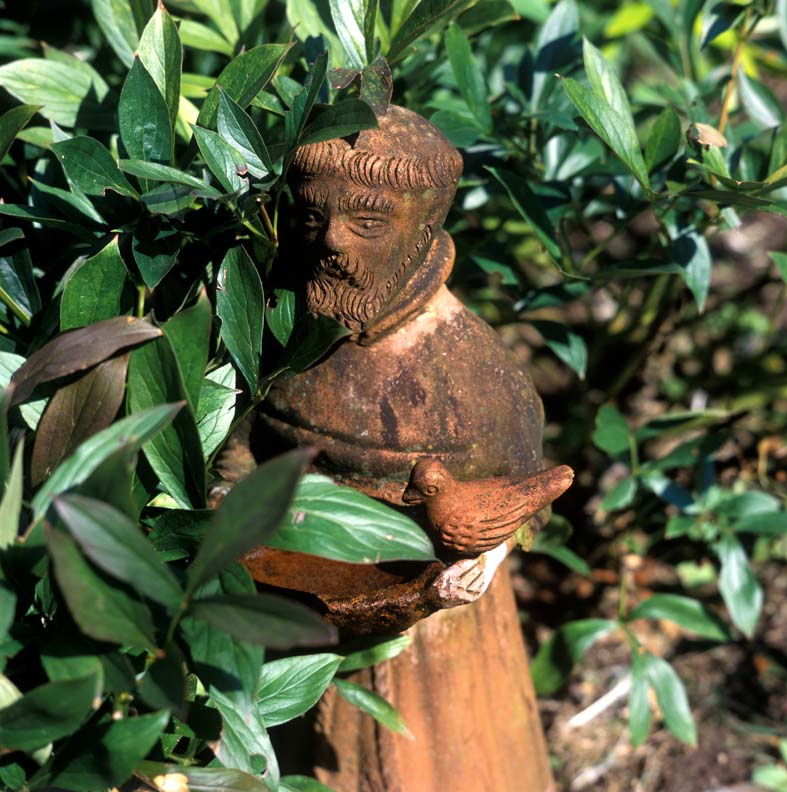 Meanwhile, Anne collected antiques to use inside and out. When her youngest of four children was no longer a baby, and after Garrett (a contractor specializing in custom work) had single-handedly restored the old house, Anne embarked on a career as an antiques dealer. Just minutes after she had hung a sign, her first customer pulled into the yard. The Sugarplum gained momentum immediately.

Anne went to auctions with such regularity, the auctioneer became a confidant. When he mentioned she should go to England, she gave it a try, buying a watering can “straight out of Peter Rabbit” that led to her specializing in garden antiques. At first, she brought back “smalls” in suitcases, such as hand tools and terracotta thumb pots. Next she was using trunks, and finally shipping crates.

Over here, no one had seen anything quite like what Anne Rowe was offering: antique tools that work better than modern ones, tiny hand-thrown pots, watering cans, trowels, lantern cloches. Of course, a few distinctive antiques in her inventory will never leave Wilmot, unless Anne moves and they go with her.

Anne says it was Vita Sackville-West’s garden at Sissinghurst Castle that gave her the confidence to design her own landscape. “I came away with a sense that this was something I could do,” she recalls. Her personal style combines the use of antiques, smart space planning, and adventurous plant selection, all to echo the era of the house. Garrett helped her realize her vision, building the birdhouses, trellises, and fencing. Anne believes there’s a fine line between tasteful and over-the-top, so she is selective about what chosen favorites go into the garden.

The result has a delicious, bygone flavor that captivates visitors—but the garden is essentially simple and sublime. “I want you to be invited in, Anne says, “and when you’re here, to feel as if you’re part of the landscape.” Anne says the garden speaks to her because “it’s me; it’s my mistakes.” Others, though, gravitate outdoors as well, lingering in the garden, which feels like rooms added to the house.

How We Revived Our House's Paint Scheme

Merging the Garden with Rooms Inside

How To Prevent Lightning Damage