Owners Gregory Hurd and Larry Stanley display a cherished possession right in the front hall: a framed reproduction of the portrait of their house. The original oil painting by an unknown artist hangs at the Abby Aldrich Rockefeller Folk Art Center at Colonial Williamsburg. “Philip Snyder” and “Hotel Schoharie” are inscribed in the upper right corner. The old portrait is more than a lovely historic document; it also guided restoration of the former inn.

“By the time we bought the house in 1994, the front porches were gone,” Larry explains. “The picture showed us what it had looked like in the early 19th century, not long after it was built. Then we found physical evidence of the porch rafters. But without that painting, we wouldn’t have known to look.”

Prominent Whig Jacob Snyder built the house in 1774 to serve as an inn for travelers on the main road between Albany and Binghamton. During the Revolutionary War, the building was partially burned, then rebuilt and reopened under the management of Jacob’s son, Peter Snyder. He was known as “Yankee Pete” because he served as translator between the English-speaking world and the local German population. Well into the 20th century, the house was called the “Yankee Pete Tavern,” even though mid-20th-century historians made earnest attempts to correct the name to Hotel Schoharie. Yankee Pete’s son Philip continued to operate the hostelry; eventually, the railroads rendered the wayside inn obsolete.

Hurd and Stanley initially bought the house to serve as their weekend and vacation getaway. “We’re both big history and architecture buffs. When we go on vacation, we tour house museums.”

The pair had restored a town house in Albany, but wanted a place in the country, with gardens to tend. “When we first saw it in 1992, we fell for this house in a big way,” Larry says. “After we bought it, we quickly learned that taking care of two houses is a lot of work!” They decided to make the Jacob Snyder House their primary residence, focusing their energies and resources on just one restoration.

The 4500-square-foot Georgian house has a classic center entrance and hall configuration. “The structure is post-and-beam, with chestnut beams 5′ on center. It’s solid as a rock. But we replaced everything else,” Larry says.

They jacked up the house to rebuild the foundation, installed new systems, removed accretions added in the 1940s, and repurposed some of the rooms. As built, the second floor had been one large ballroom; it had been converted into four bedrooms before Hurd and Stanley’s tenure. The result is a center hall that measures 8′ wide downstairs—but 16′ wide upstairs.

“We took the smallest of those bedrooms and turned it into the master bath,” Larry explains. “Another small bedroom became the library.”

Furnished with antiques and art that Hurd and Stanley have collected over many years, rooms display the couple’s penchant for chinoiserie and for paintings from the local area. Vase lamps and figurines reveal their weakness for Chinese-inspired décor, also a popular design inspiration in Georgian and Federal period houses. Larry made window treatments based on examples the two saw in house museums and in magazines.

As part of an annual charity event, Greg Hurd and Larry Stanley grow and donate a large number of pumpkins. They keep chickens and bees, and have planted an orchard. Fruits include cherries, plums, apricots, pears, quince, and apples. They also grow raspberries and keep a large vegetable garden.

The two sing the praises of the craftspeople who helped them restore their house, including cabinetmaker David Vadney of nearby Troy, New York. “David is our magic man, he’s a true artist,” Larry praises. The two owners also consider themselves fortunate to have such helpful family members. Larry’s late parents, Carol and Jim Stanley, did a lot of wallpapering, for example.

“We did much of the restoration work ourselves,” Greg Hurd says, “but we could not have done it all without Carol and Jim’s help. They even took a night course on wallpapering with us, because they knew how we are,” he adds, alluding to their perfectionism. “Larry and I have been blessed with families who have supported us in everything we do. Even the crazy stuff.”

The double porches were gone when Larry Stanley and Greg Hurd bought the old building. An oil painting showed them how the former inn had looked, but they didn’t use that as a strict blueprint for the porch rebuild.

“On the first floor, the new porch is the same as the one pictured,” Larry says. “But the second-storey porch may have had solid railings, which we did not want, as well as what looks like fretwork at the top—I imagine it functioned as a sun shade.”

The owners found their inspiration for the second floor’s porch balustrade at the Farmer’s Museum in Cooperstown, New York. The Bump Tavern there has these fanciful, geometric porch balusters, a design called “Gathered Lances.” For the sun-shading function originally served by fretwork, they installed fabric shades that roll up.

A Stairway to Heaven
In the formal stairhall, guests will spy an odd little door, well trimmed. Leading up to the door is a miniature staircase. Greg Hurd tells the story: “Larry and I have indoor cats. The door was built for them, so they could come outside to a large enclosure on the porch, for fresh air and to be with us. We designed it to match other doors in the house. Then our cat Pan, who was 24 years old, needed help getting to the door. So we had stairs built. I hope we’re treated as well when we get old!”

The new kitchen is in a big old room that was, improbably, long used as a garage. It’s 21′ square and includes a fireplace, now restored. “We made the fireplace part of the kitchen, creating a sitting area with a couple of wing chairs,” Larry Stanley says. The old floorboards had been irreparably stained and damaged, so the floors are new. Salvaged sections of old flooring have new life as the built-in cabinet in a corner next to the fireplace. The room is simply furnished with mid-19th-century cabinets inspired by Shaker design. “We chose cherry for the cabinets because it would age to the same color as the beautiful old beams, which are chestnut treated with tung oil,” Larry explains. Natural granite countertops with a soft, honed finish complete the look. 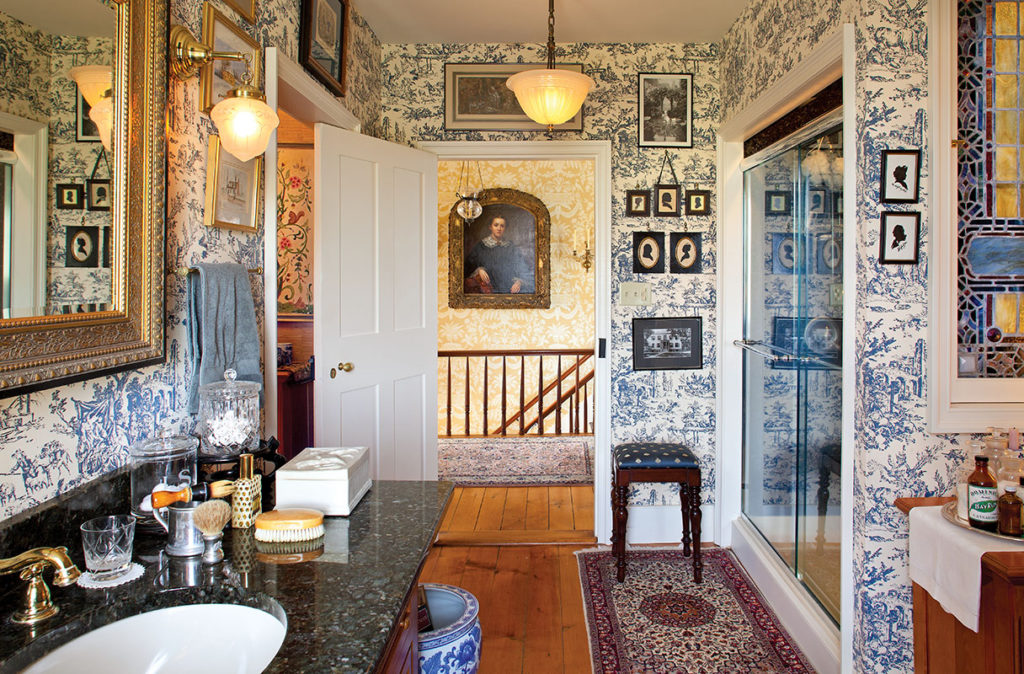 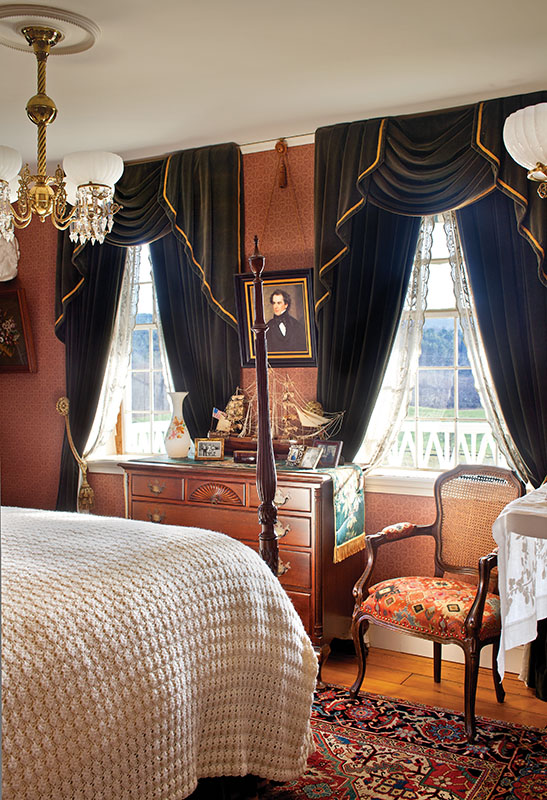 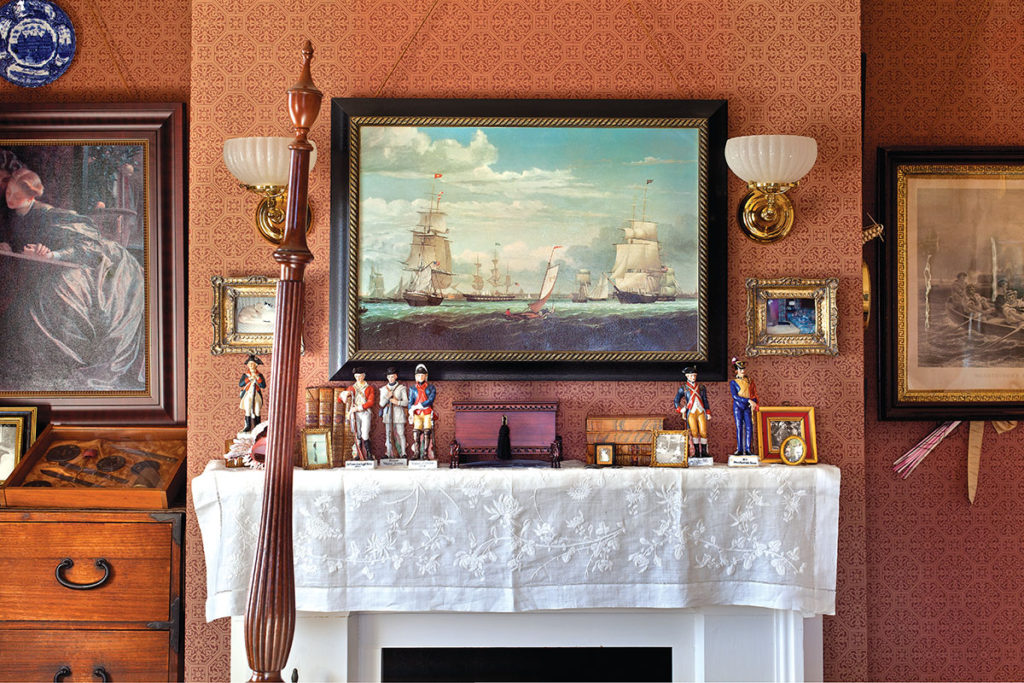 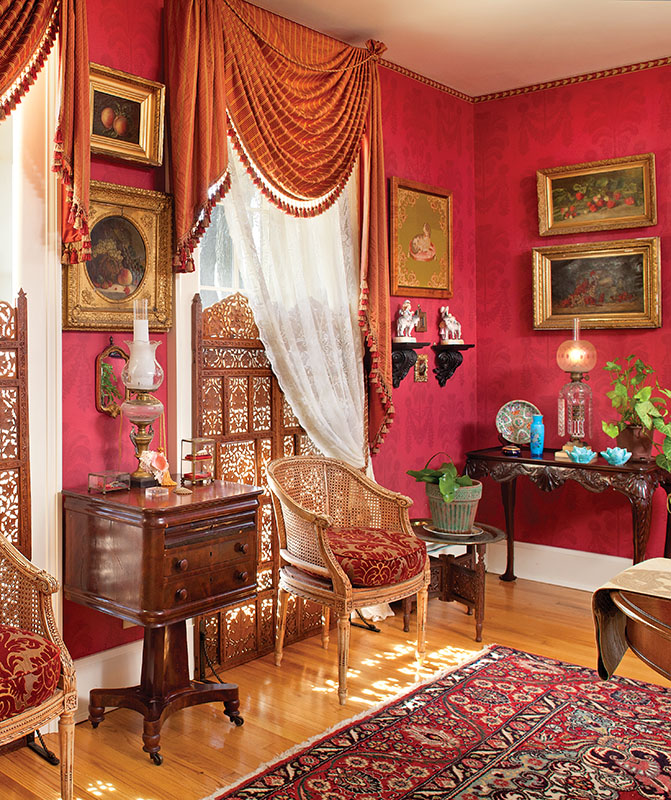 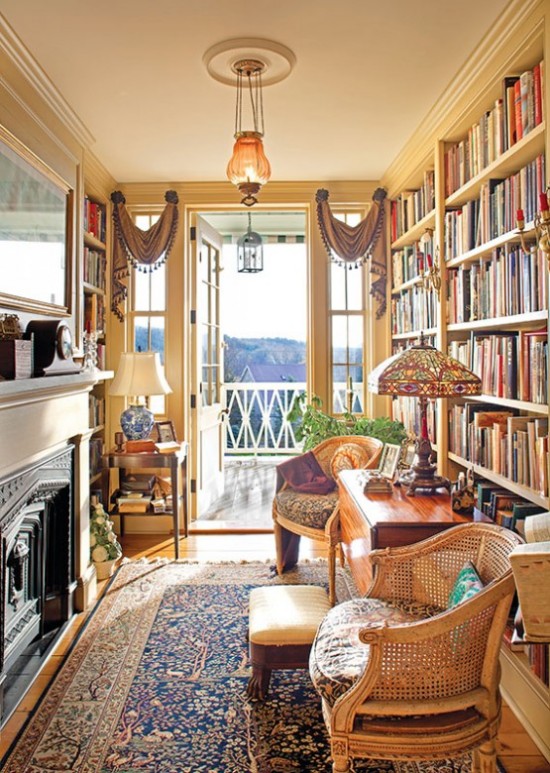 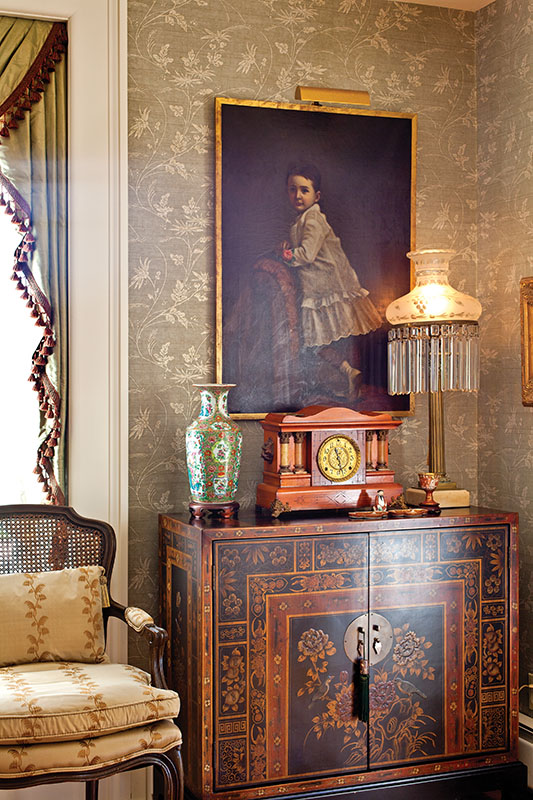 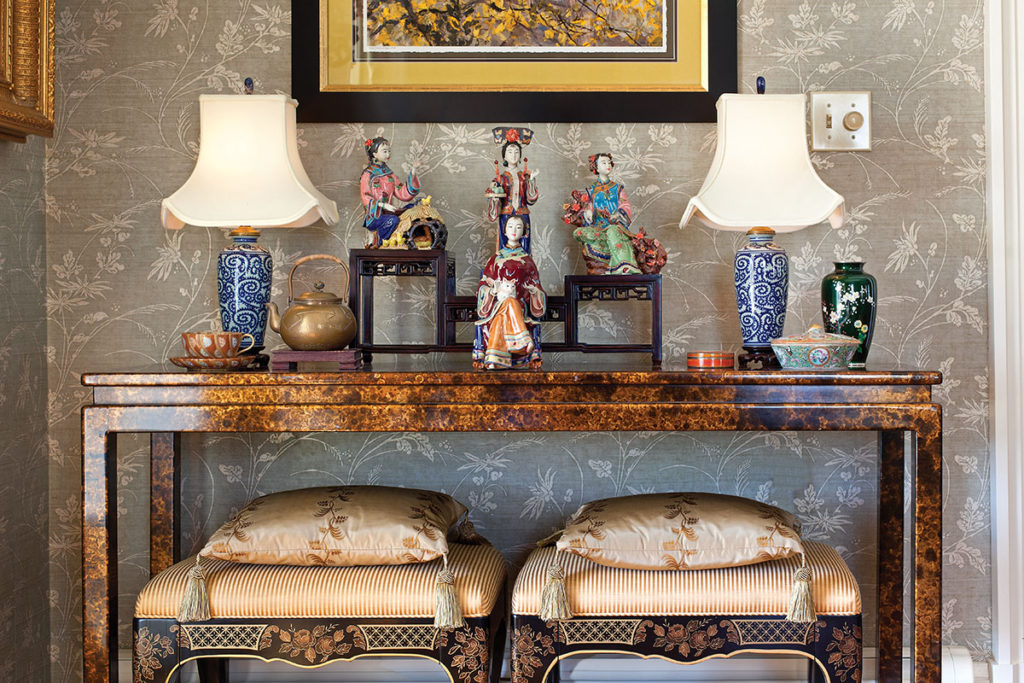