Who designed the sleek 1932 Ford Coupe, and the unforgettable 1935 Lincoln Zephyr? Edsel Ford. Before he became a Modernist, however, he and his wife, Eleanor, shared the dominant taste of wealthy 1920s America, and they created the ultimate Anglophile home. Ten years later, they redecorated their sons’ rooms in the Streamline Moderne style that Edsel espoused for his cars.

The only child of Henry Ford married Eleanor Clay in 1916. After the youngest of their four children was born in 1925, the couple hired Albert Kahn to design and build a house on 125 lakefront acres in the newly fashionable Detroit suburb of Grosse Point Shores. Their goal: a family home and a place to display their growing collection of art and antiques. For inspiration and house parts, they and their architect made several trips to England. The Fords especially loved the English Cotswolds, west of London, where the local architectural style, the Fords claimed, turned all houses, regardless of their size, into cozy, ivy-covered cottages. 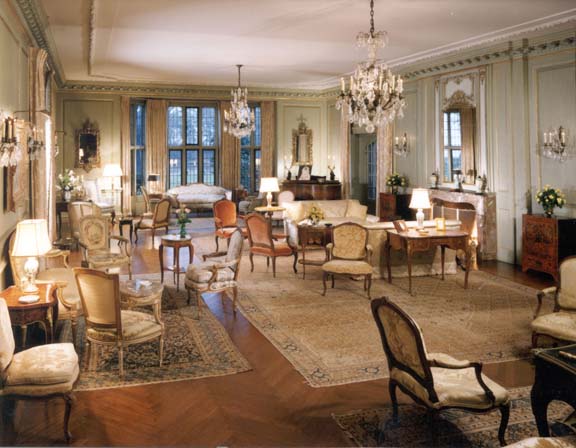 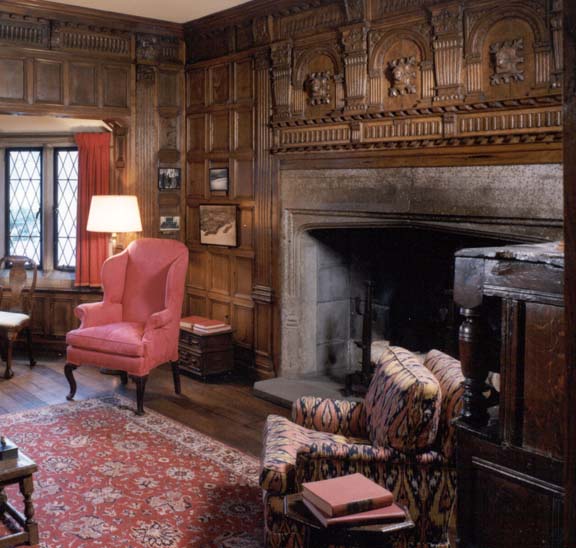 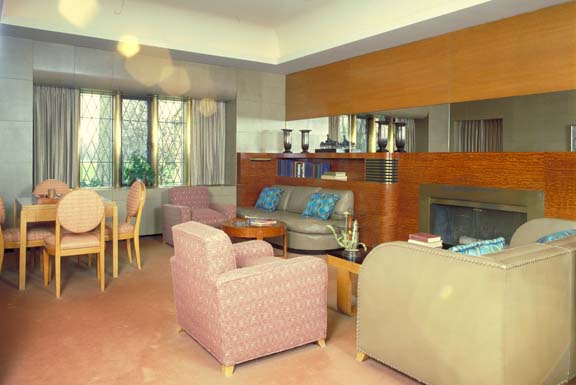 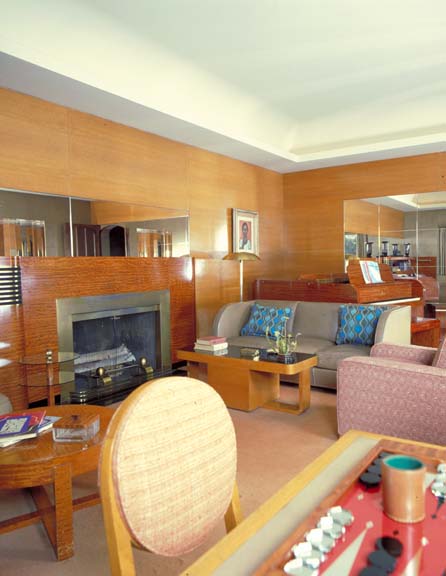 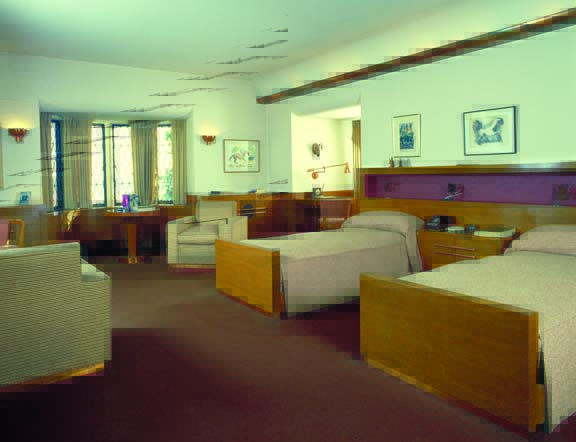 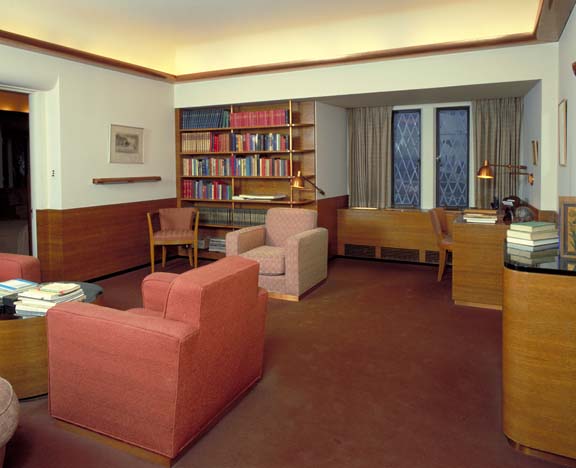 Kahn designed a two-and-a-half-story, 60-room house, its 30,000-square-foot mass disguised by a steeply pitched roof and a multitude of projecting gables. Faced with Indiana limestone and roofed with slates imported from England, the U-shaped house echoes several Cotswold building traditions, including the gradually decreasing size of the roof slates as they approach the peak. The Fords planted them with moss to suggest age, and trained English ivy to grow on the limestone walls.

The exterior took one year to build; it took two more years to finish the interior with the antique architectural elements the Fords brought back from England. Carved stone Gothic and Elizabethan chimneypieces, 17th-century oak staircases, and 15th-century stained-glass medallions make a fitting backdrop to the superb antiques. Barrel-vaulted ceilings finished with ornamental plaster add to the house’s dominant personality: that of an English baronial hall.

Telling a different story are the downstairs room used by the children and the wing occupied by the three Ford sons. Redecorated in the mid-1930s by Modernist industrial designer Walter Dorwin Teague, these rooms are among the Midwest’s first and best examples of Art Deco styling.

Hallmarks of the style are expressed in the built-in furniture with rounded corners, the exotic woods, and sleek metal fixtures. The downstairs room, called the Modern Room, boasts two walls covered with taupe leather panels that match the leather banquette and sofa. The other two walls have light oak paneling that repeats in the furniture. The fireplace surround is steel; the functional and decorative use of metal becomes dominant in the two boys’ bedrooms and in their sitting room.

The door frame of the sitting room is made of polished copper, a material that repeats in lighting fixtures, drawer pulls, and table bases here and in one of the bedrooms. Brass plays a corresponding role in the other bedroom. In each of the three upstairs Art Deco rooms, light sweeps the ceilings via long, gutter-shaped sconces that run the length of the walls. Made of copper in two rooms, brass in the third, this lighting exemplifies the Machine Age sensibility of these still-startling spaces.

The Edsel and Eleanor Ford House is now a house museum open to the public. When visitors enter the Modern Room, they gasp at the contrast to the traditional interior they’d been touring. These young people’s rooms, furnished with phonographs and built-in hidden speakers, are like the era’s collectible cars: wonderful examples of the style their father came to love.