The Cloisters sits at the northernmost part of the island of Manhattan. Overlooking the Hudson River at Fort Tryon Park, it’s a place out of time: The view across the river was protected when John D. Rockefeller Jr. donated the Palisades on the opposite bank to the state of New Jersey.

The Cloisters has three gardens dating to the Romanesque and Gothic periods. The Gothic-period Bonnefont Cloister garden is historical, with plantings restricted to medieval species of European origin. Most of the photos shown here were taken in the Bonnefort Cloister, which came from a ca. 1300 Gothic abbey and monasteries in southwest France. A medieval garden was planted for all five senses; with more than 250 species of herbs, the Bonnefort garden is colorful and fragrant. Plants are grouped in beds according to general use: culinary, aromatic, magical, medicinal, and art. 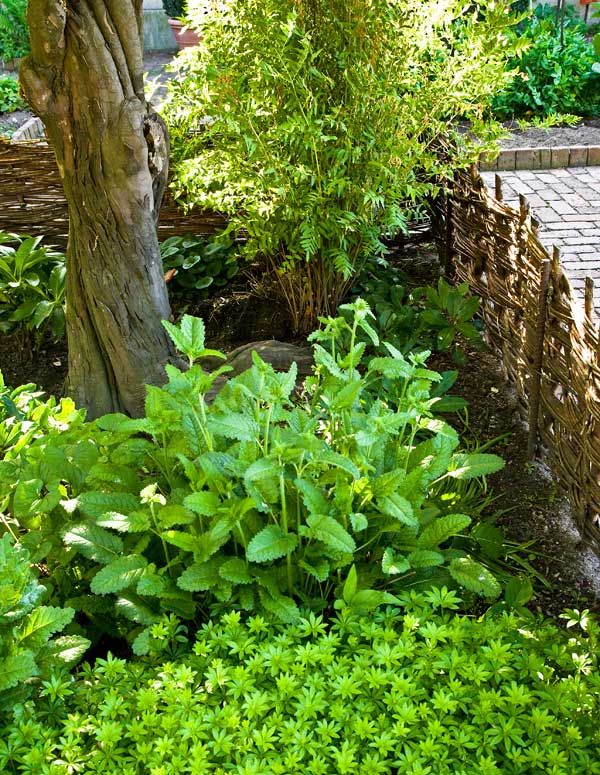 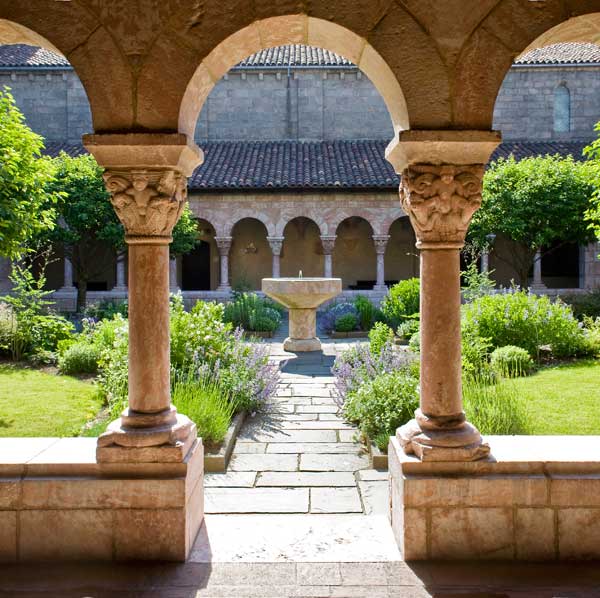 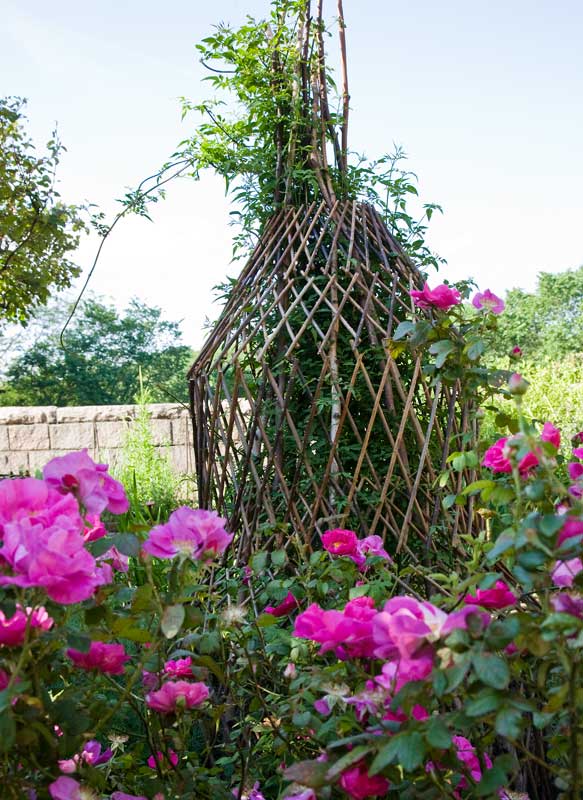 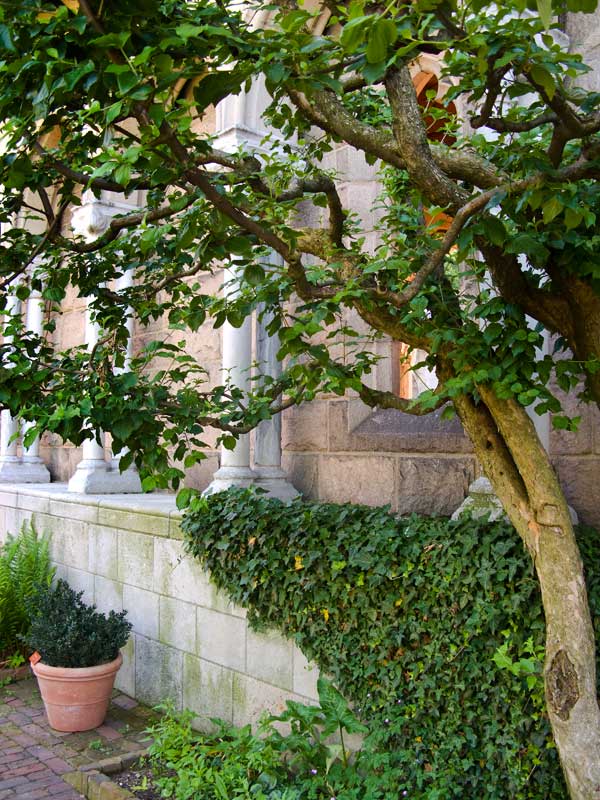 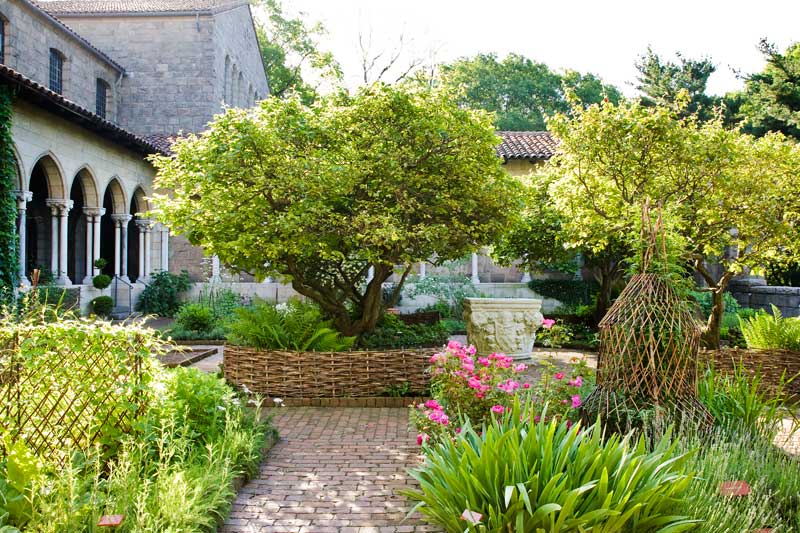 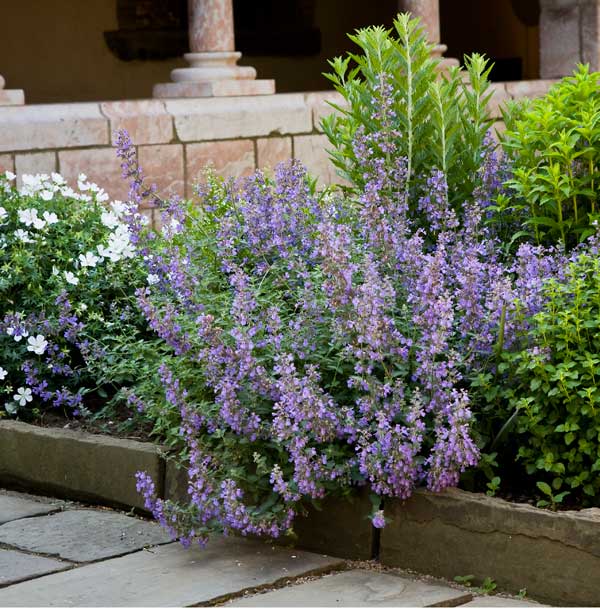 The 12th-century Cuxa Cloister was part of a large Benedictine monastery in the northeast Pyrenees. The French Romanesque garden features crossed paths that form quadrants of lawn with four perennial borders. Medieval in form, the Cuxa contains modern species (along with medieval) to assure a varied and long flowering season.In the late-Gothic Trie Cloister (not shown), every springtime plant is found in The Cloisters’ famous Unicorn Tapestries.

The Cloisters is a separate branch of New York’s Metropolitan Museum, and the only American museum dedicated to the art of the Middle Ages. An in-person tour is highly recommended. Plan your visit and learn more about the collections and events at metmuseum.org/cloisters. For information specific to medieval-inspired gardening—pollarding, the medieval lawn—see The Cloisters’ lively blog.

Our thanks to Deirdre Larkin, associate horticulture manager at The Cloisters.