He was, perhaps, Maine’s Franklin or Jefferson. “In his manners, morals and writings,” wrote biographer Mary Ellen Chase, Jonathan Fisher “represents the best of the vigorous New England churchmen who shaped the standards of their congregations during America’s formative years.”

Born near Boston, Parson Fisher came to Blue Hill in 1795, right from Harvard, to be the first settled minister (Congregational) of the remote village. Just married to Dolly Battle Fisher, by 1797 he had built their first home (a one-story plus loft structure that would be torn down by descendants) and entered into community life as a farmer, mathematician, and writer as well as a busy pastor. Through his life he would build furniture and paint-decorate signs and sleighs for extra money, report for the local newspaper, dig wells, be a founder of the Bangor Theological Seminary, and raise a large family of nine children in the Big House, shown here, which he designed and helped build from 1814 to 1818. 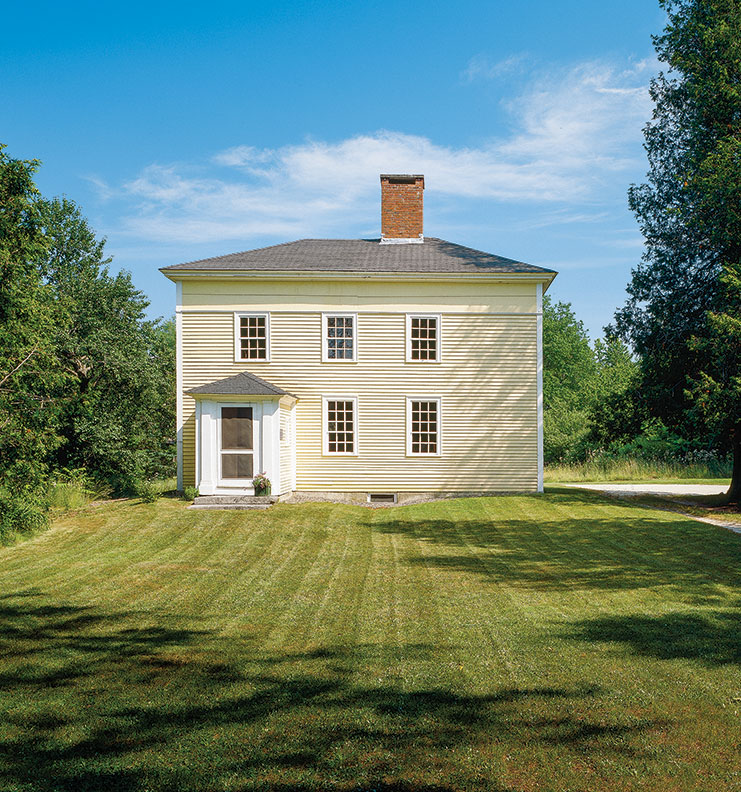 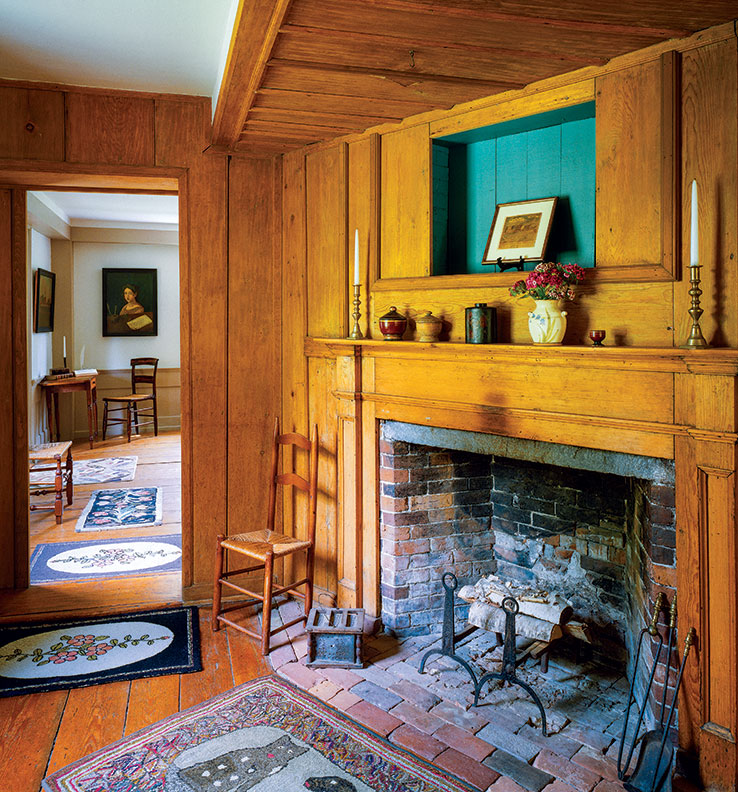 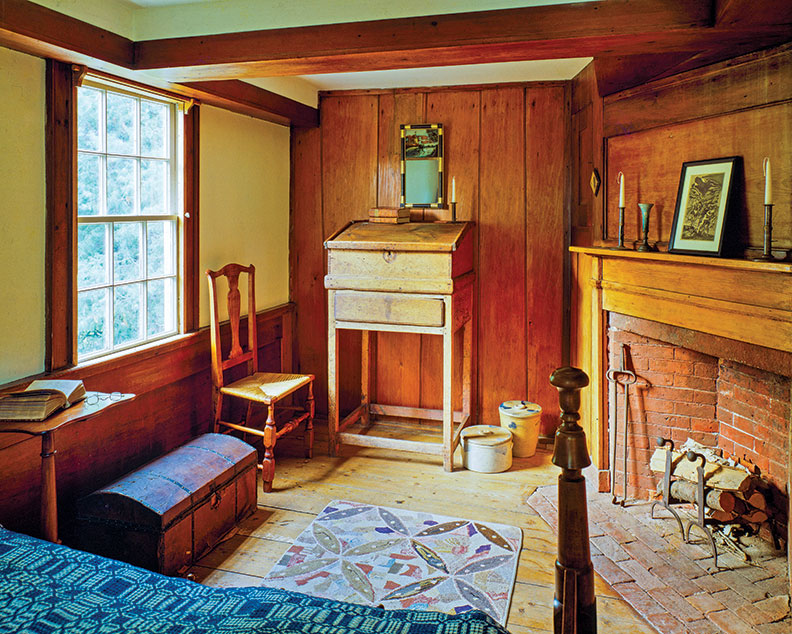 In June of 1814, on the day the house frame was raised into place, the parson recorded this entry: “A day of care & business—Mr. Holt, Steven & Mr. Smith worked A. M. on frame. Worked myself stripping old house & drawing nails. About 100 hand collected & assisted me in raising my house, with plank sides, which went up well, & no person was materially hurt. After raising partook of a bountiful supper & after supper had pleasant singing. Blessed be God for the variety & abundance of his mercies.”

Jonathan Fisher is also well known as an artist; his oil paintings, watercolors, and woodcut engravings hang in the house and at the Farnsworth Art Museum in Rockland, Maine. His 1834 book Scripture Animals, a large compendium of all the creatures mentioned in the Bible, is illustrated with his own woodcut prints, and is considered an important work of early American publishing.

Although the house has been added to, the main block survived more-or-less intact, thanks to the stewardship of Fisher descendants who wished to honor their patriarch, who died in 1847. At the end of the 19th century, the grandchildren renovated the house, removing the original 1797 structure to replace it with a new two-story addition. Outbuildings were torn down or left to the weather. When the Fisher family left Blue Hill, local citizens stepped up to preserve the homestead. In the 1950s, the Jonathan Fisher Memorial was founded and the house opened to the public as a museum. (The museum added exhibition space and offices to the house in the 1970s.)

Visitors come to see the house itself, generous in size and well made for its time, as well as the collections inside: Fisher-made furniture, his built-in “alarm clock,” works of art still in the house, an extensive early library, homemade surveyor’s tools, and a rare camera obscura, which he made to help him with his drawings.

Work continues on the two acres that survive of the original 300-acre farm. With the clearing of invasive vines and trees, stone walls have reappeared and the 19th-century plan has been revealed. Parson Fisher’s own hand-drawn map of the two acres is in the Farnsworth collection, along with a list of the fruit trees that were planted. His orchard is being restored.

Learn more about the museum here.