If this kitchen looks perfect for the 1922 bungalow, that’s because it was inspired by the original one. “We loved our kitchen even before the restoration,” says Kristy Clougherty, who, with husband Brian, has owned this house since 2001.

They worked diligently to save the existing fir floor (discovered under worn linoleum), along with remaining cabinets, hardware (painstakingly stripped), and lighting fixtures. Kristy says that about 70 percent of what’s here is original; for the rest, “we thought about what details would have been in place, and then we searched them out.”

Set off by dark soapstone, plain white cabinets were matched to the old ones, but with a flared-leg detail added. (The original owner-builder was from back East, where soapstone was more prevalent.) The kitchen faucet is still wall-mounted, “against advice,” says Kristy, “but it works and is just like the original.” A new dishwasher hides behind a door. 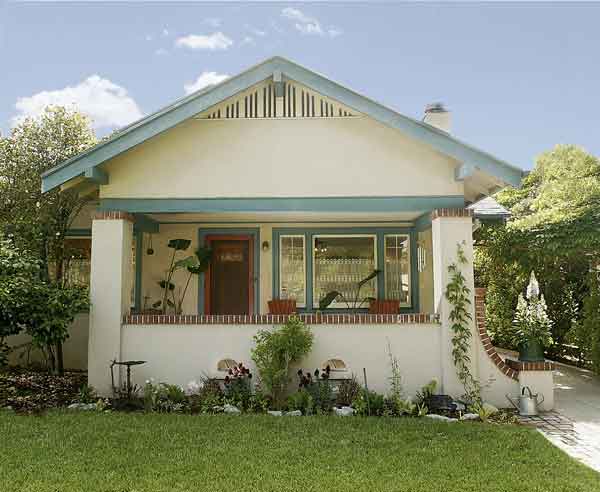 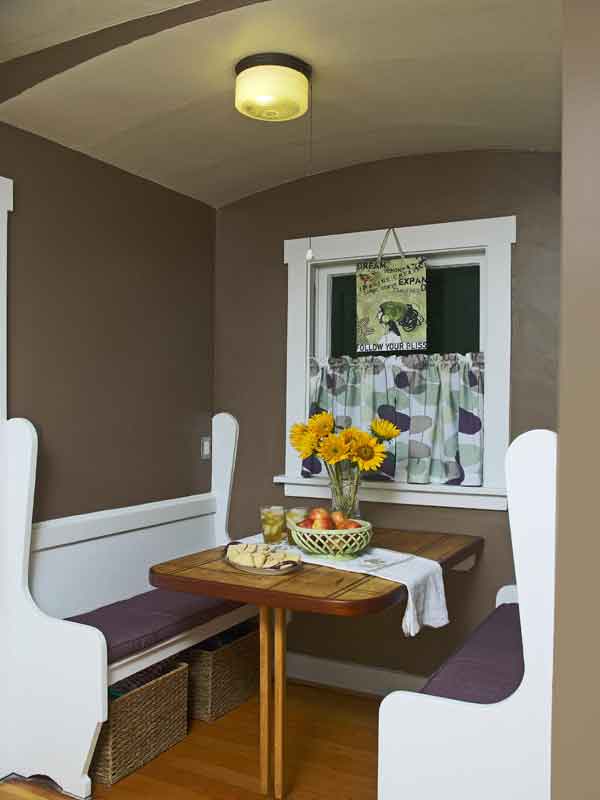 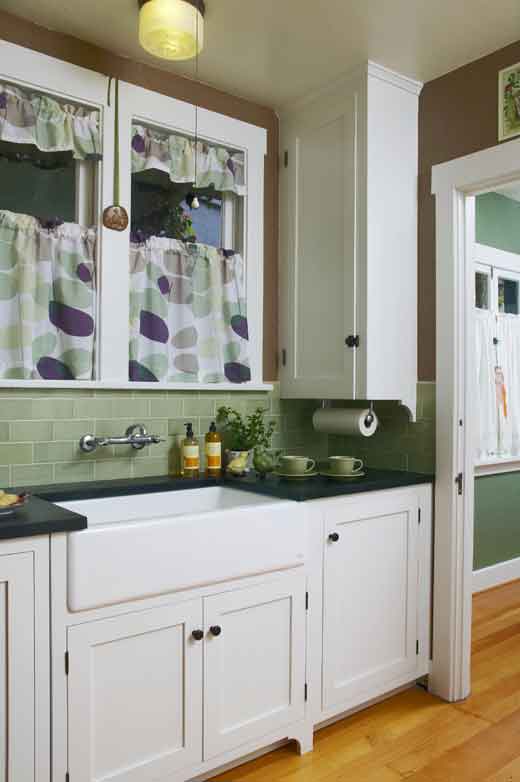 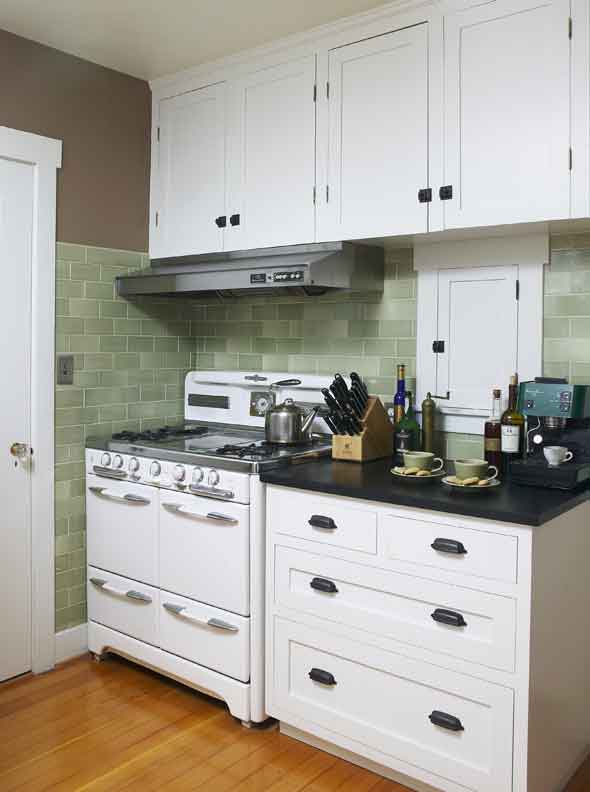 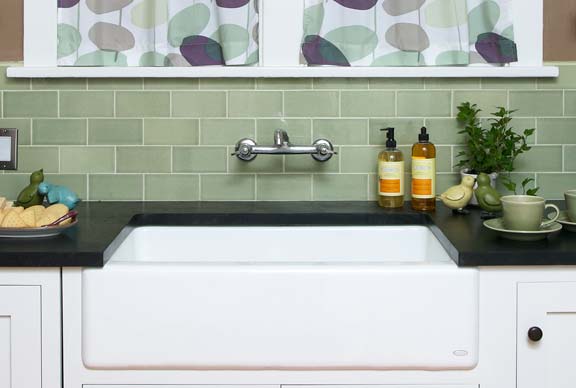 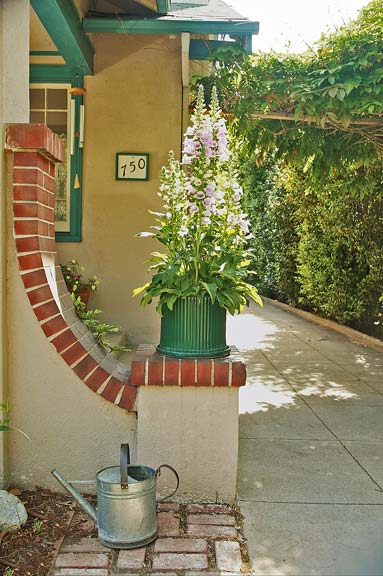 When the couple went to pick up the dependable, early 1950s O’Keefe and Merritt stove from its previous owner, “She cried when we drove off, and came to visit it several weeks later!” Kristy says. “We share love for this stove—it works like when it was built.”

Bold chocolate walls soften the high contrast between cabinets and countertops. The soapstone’s sage-green veining is picked up in a new backsplash of porcelain subway tiles.

For fabrics, Kristy was looking for something unexpected to complement the rich brown of the table in the nook. “Oddly enough, it’s my dad who sews—usually industrial fabrics for nautical purposes. He whipped up the café curtains and the nook’s seat cushions, piping included—very professional!” Kristy boasts.

The color scheme is successful, and even restful. “It’s not all that common to see black and white blended with warm tones,” says Kristy. “But it was worth taking the risk.”

Traditional Kitchen in a New Addition