Nancy Conescu hardly expected to find an Art Deco kitchen tucked into this 1911 Arts & Crafts home. But Nancy knew immediately that the Ferdinand E. Reed house in Portland’s Laurelhurst district was going to be her project. She and her husband, Mike Doolin, proceeded to spend three years restoring the house, which included preserving the arresting green kitchen.

Working with the Portland renovation company Das Haus, Nancy acted as general contractor; she’d grown up in the building industry, as her late father, Herbert Cohn, was a well-known New York architect and contractor. Architectural historian Bo Sullivan, founder of Arcalus Period Design, consulted. “Bo was surprised by the kitchen,” Nancy says, “and asked me if I’d participate in the Architectural Heritage Center’s Kitchen Revival Tour in 2011. So I did.”

Sullivan’s research into building permits indicated that plumbing and tile were installed in the third-floor bathroom in 1930. He and Nancy assume that the kitchen was tiled at the same time—walls, floor, and countertops. A permit dated 1951 suggests that the Marlite wall cladding with aluminum edging was added at that time. Nancy believes the kitchen ceiling used to wear white Marlite; material that remained on the bathroom ceiling was used to fix damaged panels in the pantry.

The house’s former owners had done some upgrading a decade before. They put a half-bath in a small room off the butler’s pantry, and replaced appliances. With the kitchen in such good condition, Nancy merely had to tweak a few elements. She upgraded casing trim around doors and windows, for example, copying the intersecting detail from elsewhere in the house. She added the period’s cutout half-doors under the kitchen sink. When master plumber Mladin Arapovic replumbed the house, he saved tile details like the three cubbies over the sink.

Nancy replaced contemporary lighting with vintage Art Deco fixtures. A long-time collector, she also brought Arts & Crafts-era treasures to the Deco kitchen, which added layers to match the history of the house.

I was drawn to the Arts & Crafts house,” says the homeowner, “but I never expected to find an Art Deco kitchen, in mint condition, inside!” The later kitchen carefully was preserved.

A 1924 Hotpoint electric range had come with the house, but it was unusable and an appliance repairman couldn’t fix it. (Instead, he destroyed its wiring, and then even a more experienced repairman couldn’t save it.) Meantime, Buck’s Stove Palace was offering the 1930s “Quick Meal” gas stove, found in Idaho 20 years before and still sitting in storage. “Quick Meal stoves were either gas or a combination of wood and gas,” says Buck. “White and grey were dominant from World War I through the mid-1920s. In the late 1920s, all-green stoves appeared, then green and white.”

It was the buildup of grease that actually had saved the stove from rusting and deterioration. “We’ll replace certain parts, like the drip pan, with stainless,” Buck says. “Retrofitting an antique stove with modern safety features should be done by an experienced professional.”

Completely intact Quick Meal stoves are quite rare, and this one is in excellent shape. It may have been used as a secondary canning stove that was kept in the back hall or basement, but not used daily as the kitchen workhorse.

The house’s original owner remained here until 1941, and subsequent owners had a gentle touch as well. Nancy Conescu and Mike Doolin were the perfect pair to complete the restoration. 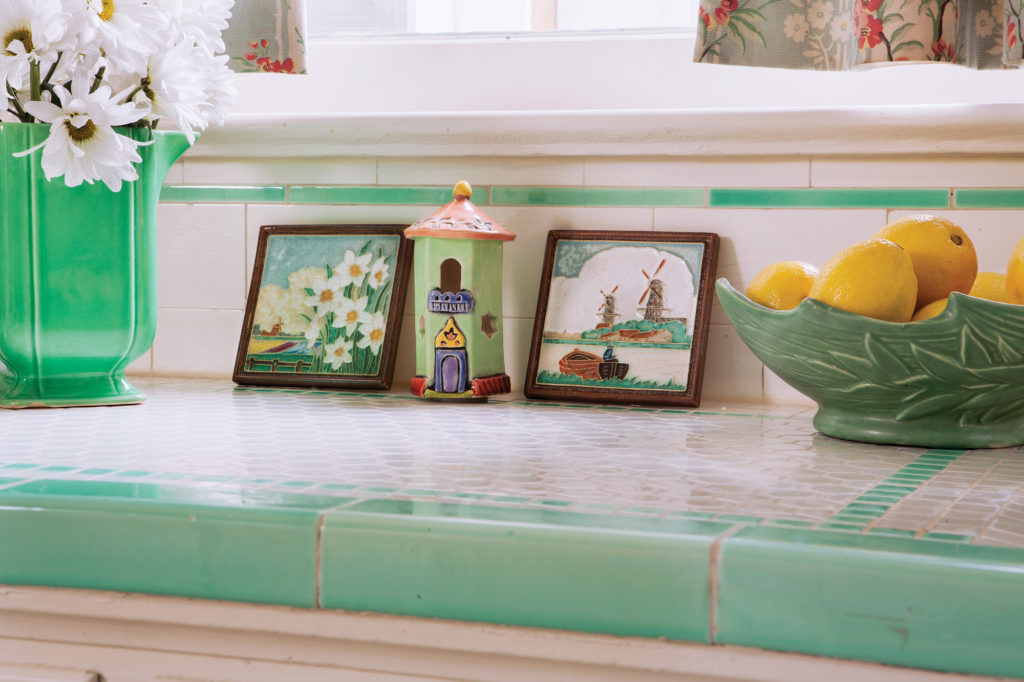 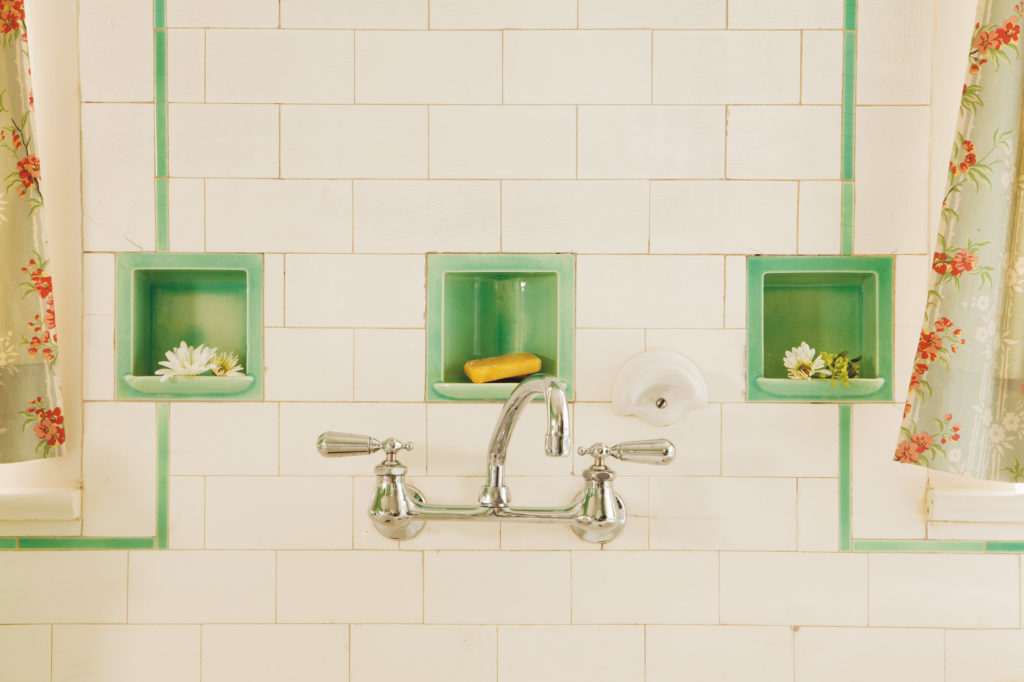 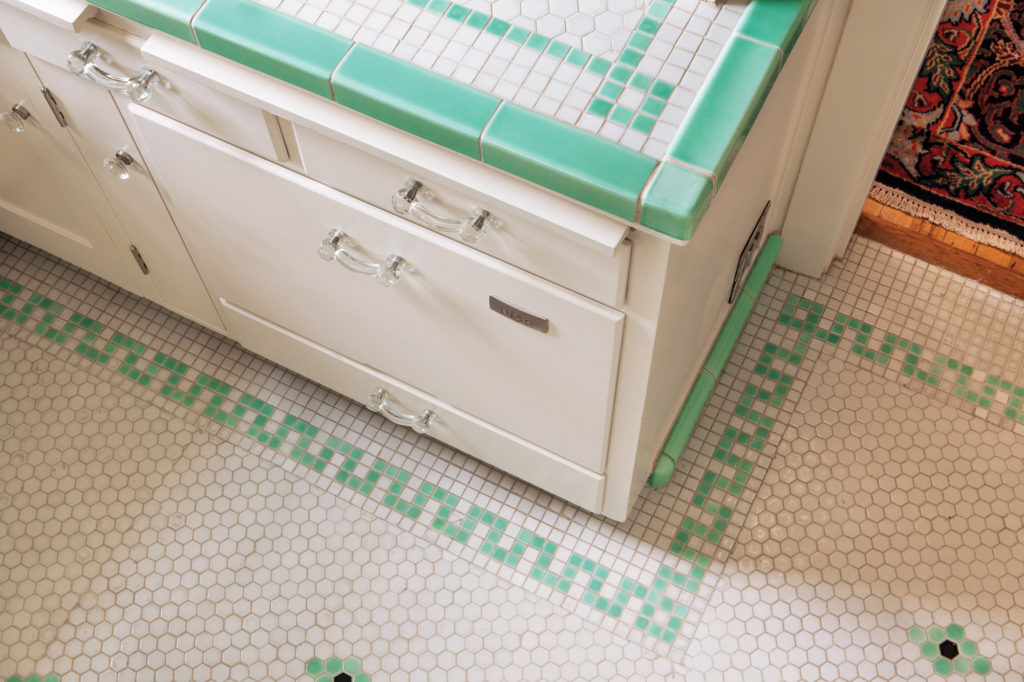 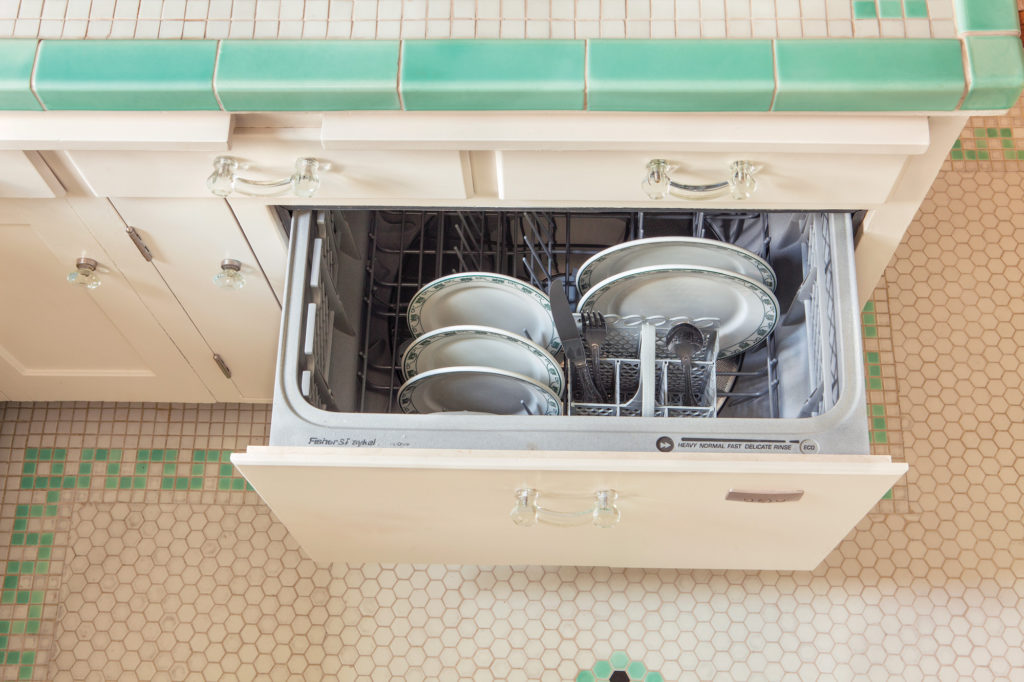 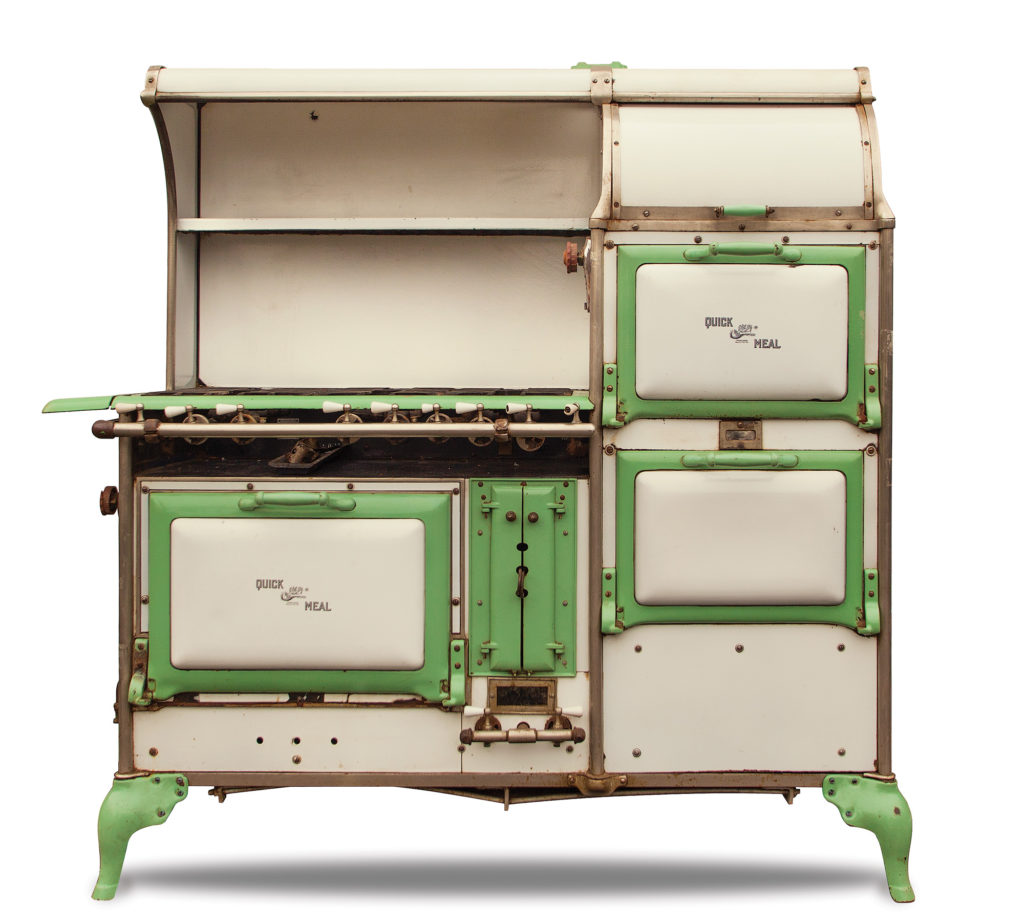 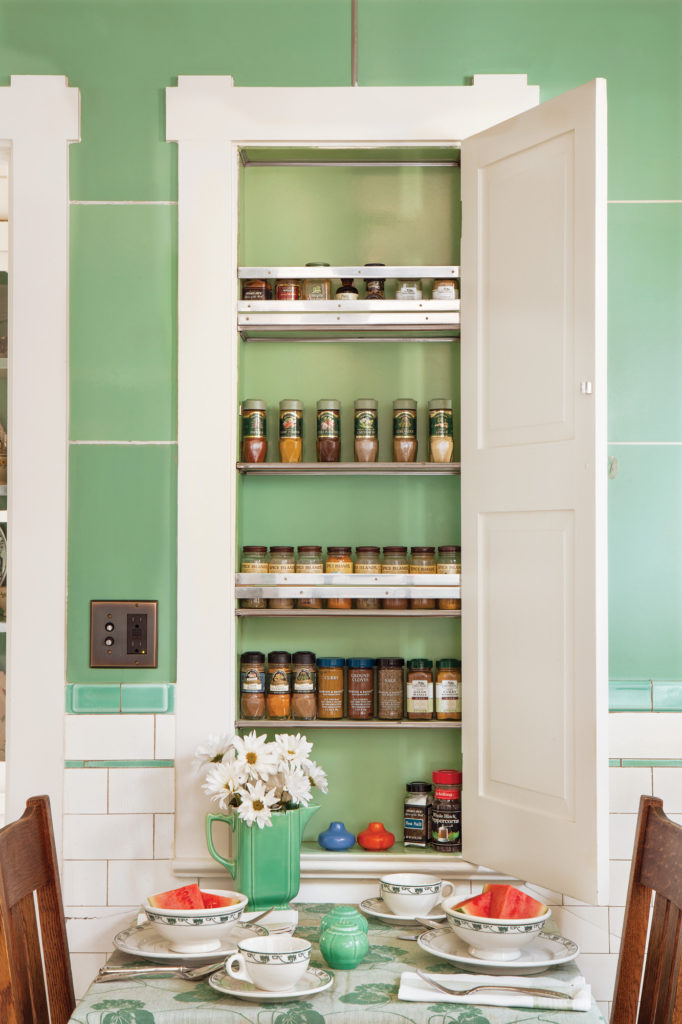 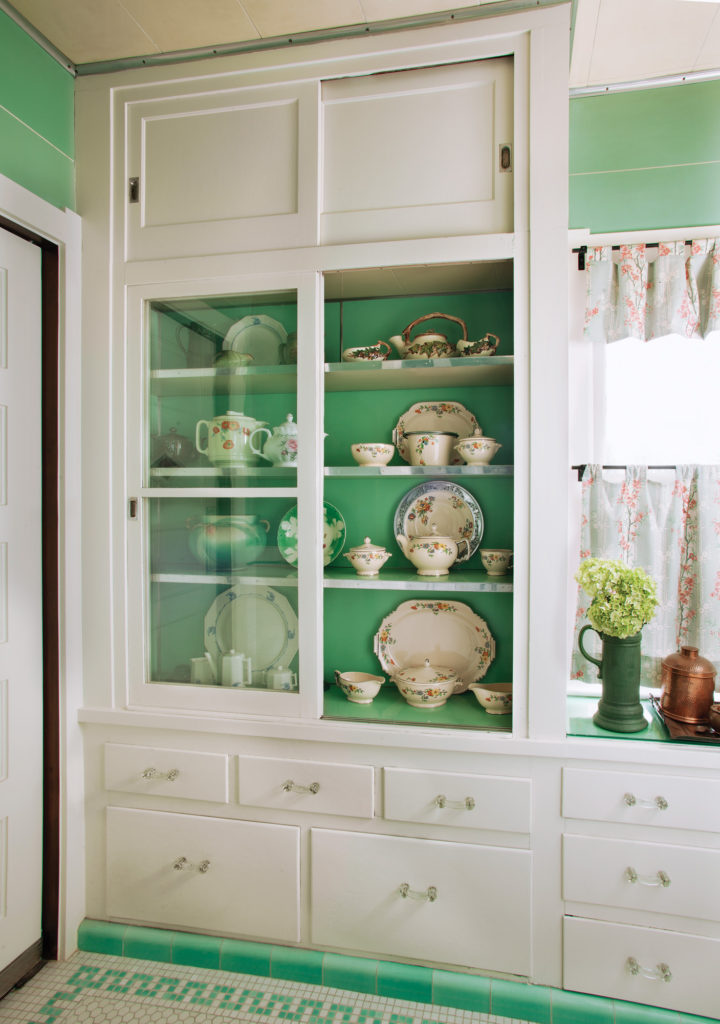 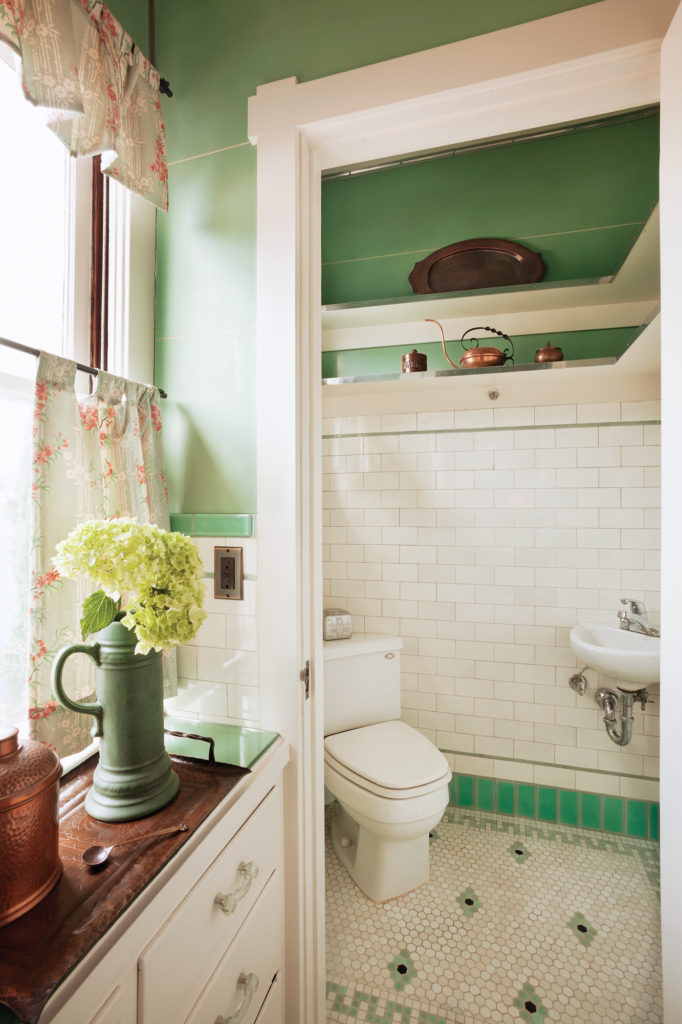