Story and photos by Donna Pizzi and Philip Clayton-Thompson

Five years ago, the owner of a 1911 Craftsman house bought some vintage cabinets off Craigslist, intending to make over the 1970s kitchen she’d inherited. Because she never found a contractor who would agree to work with them, the cabinets sat in the garage, gathering dust.

Then, “one of the nasty, dark 1970s cabinet doors fell off its hinges, and there was nothing but crumbling particleboard to hinge it back into,” the owner says. “I’d reached a tipping point.” Time to either sell the cabinets or undertake a whole-kitchen remodel—or sell the house. Although she was reluctant to spend a lot of money on the remodeling, she knew that the current kitchen was hurting the value of the otherwise well-maintained house.

A self-described “old-house geek,” this homeowner had joined the education committee of a local restoration group, where she met Karla Pearlstein, a professional restoration consultant. She asked Karla if she wanted to buy the Craigslist cabinets for a
client’s project. 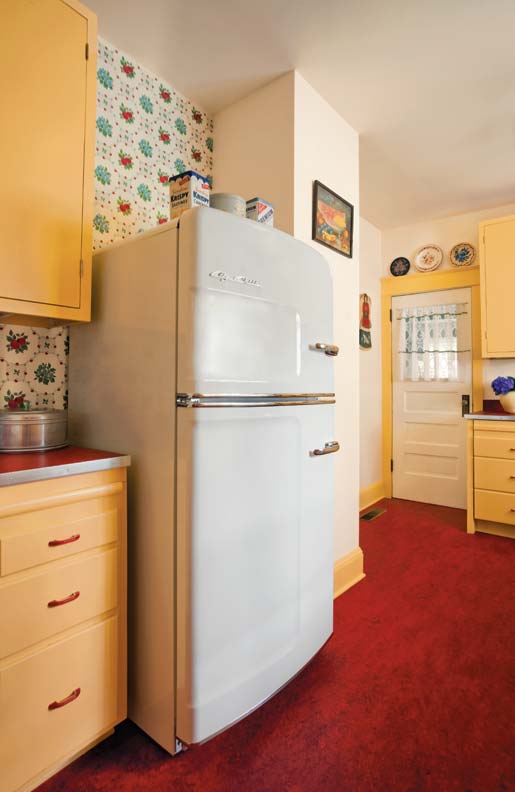 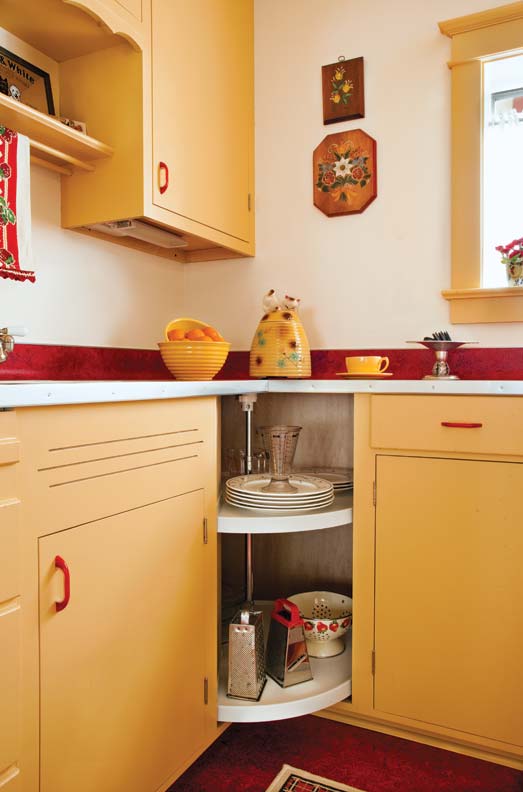 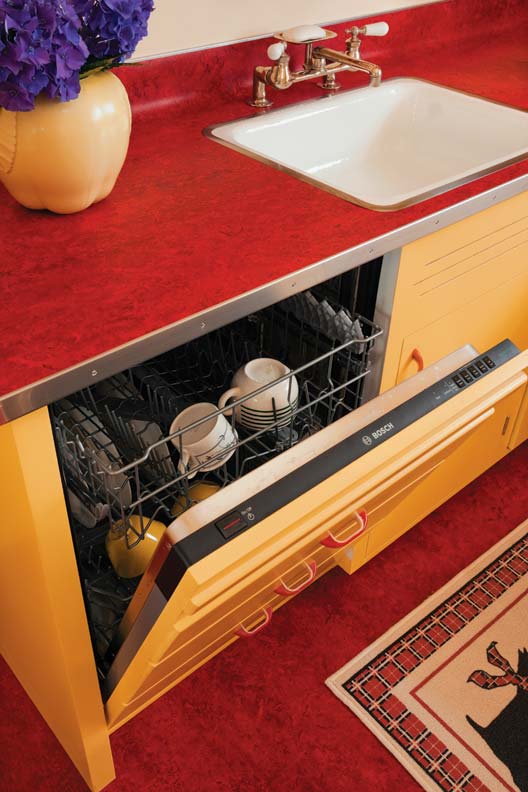 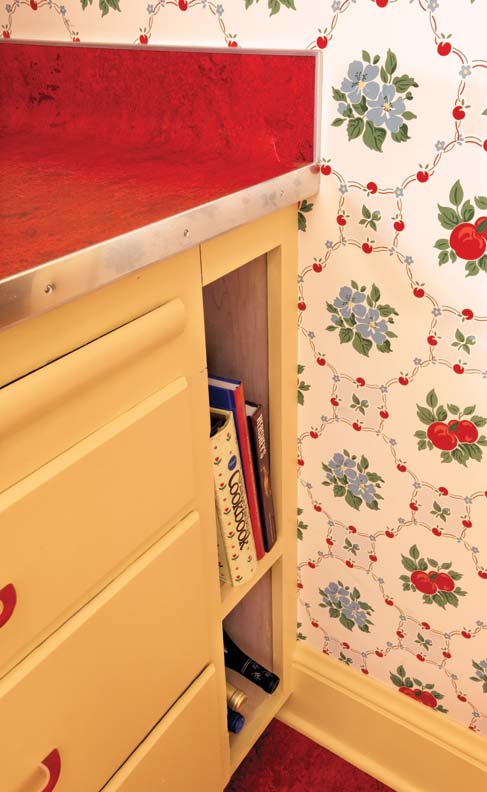 Karla determined that the cabinets had come from a 1940s-era kitchen, based on their simple plywood doors. “I told her that I would not buy them,” Karla says, “but instead she should keep them, and together we could create a fabulous kitchen for her house.”
The homeowner admits she had no concept in mind, no idea how to proceed. But Karla assured her that they could work together and make it happen. Karla also brought in Mike Edeen of Artisan Woodworks, a contractor with whom she’d worked for more than a decade. “He has a thorough knowledge of period design,” Karla says. “I knew he could work with the vintage cabinets.”

“Mike came over,” adds the homeowner, “and I told him I was on a limited budget, and that I wanted to do some of the work myself. Starting with the demolition.”

Mike explains that he “wanted to help her out, knowing other contractors had given her outrageous bids, and had insisted on using ‘everything new.’” Over Thanksgiving weekend in 2011, the owner’s two grown nephews removed the heinous old cabinets, the dropped ceiling, and the 1970s vinyl paneling. The next day, another family team took damaged drywall down to the studs.

As Mike’s subcontractors installed insulation and new drywall, and adjusted the plumbing, Karla brought out a 1941 Sherwin Williams “Style Guide” that featured a bright yellow and red kitchen—colors the homeowner embraced wholeheartedly.

“I made new cabinet units to match the vintage ones,” Mike explains, which filled out the run of cabinetry. Karla found the 1940s Bakelite hardware. She also located the 1940s Chambers gas stove through Liz Covey of Ruthie’s Antiques in Chicago, and had it rebuilt locally. She talked the owner out of buying a vintage refrigerator, because their tiny freezers require frequent defrosting. Instead, she recommended looking for a discounted “scratch and dent” fridge made by Big Chill.

Leftover red Marmoleum flooring became the countertops, while the hollow-core door to the mudroom was replaced with a vintage one from a salvage shop. Postwar floral wallpaper from Bradbury & Bradbury is the final touch.

The homeowner says she was stunned that her new-old kitchen came in on a $15,000 budget. “If I’d done this alone, it would have been laminate counters and white cabinets . . . what can I say? Thanks to Karla and Mike, I just love it!”