Sympathetic design and fine craftsmanship are evident in this addition to a house in mid-coast Maine. Builders Morse & Doak of Woolwich had the trust of the owners, with whom they’d worked on the restoration. Through them came architect Anne Whitney, and also Jeff Peavey, whose kitchen design incorporates the owners’ very specific desires.

For years the owners had lived with a 1960s ell that had been added behind the 1760s Cape. They spent that time planning a new kitchen addition, which Whitney designed to look like the “back house” in the Maine tradition: big house, little house, back house (or work shed), barn. Hence the open beams in the new space. Utility and aesthetics are united in this addition to the old house on a saltwater farm. 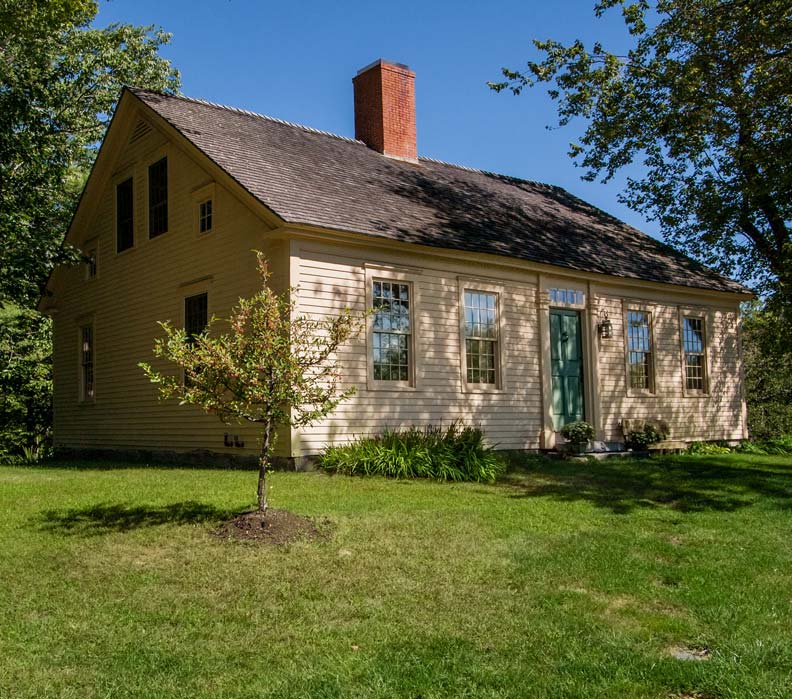 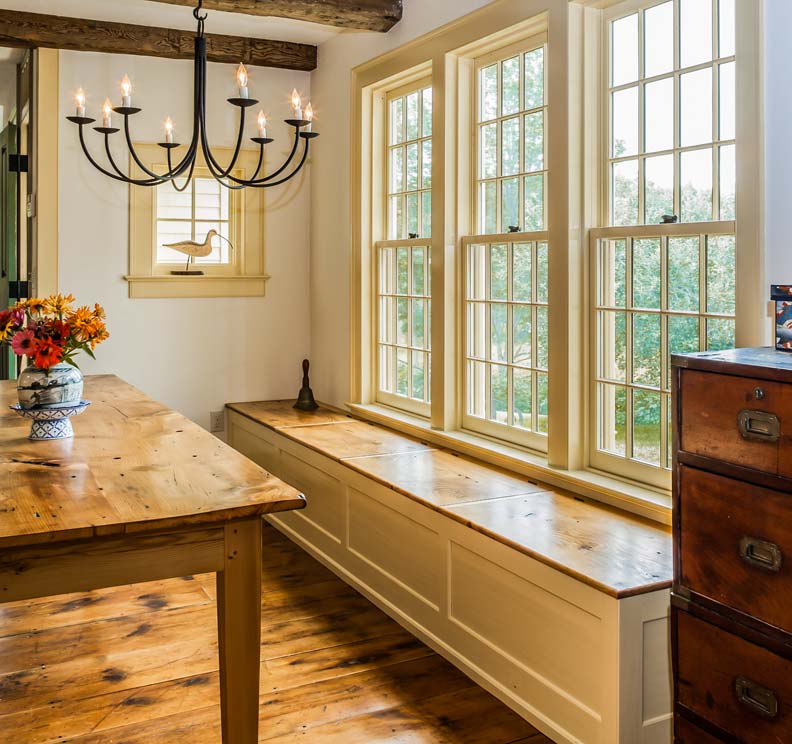 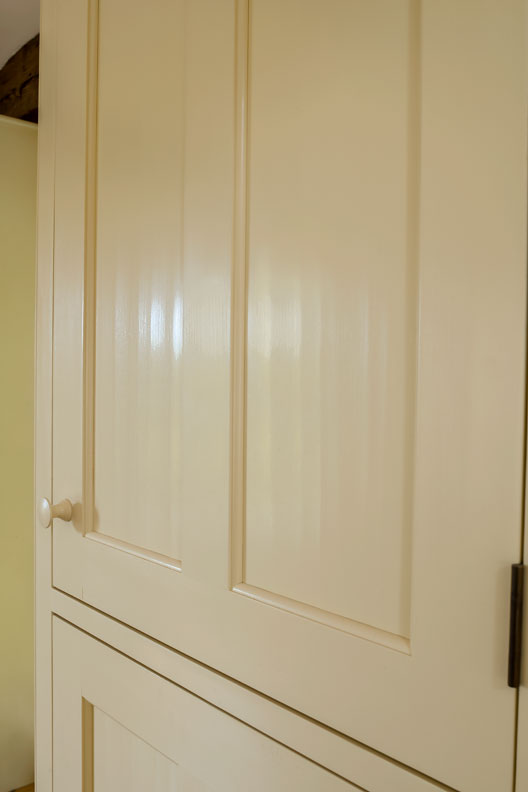 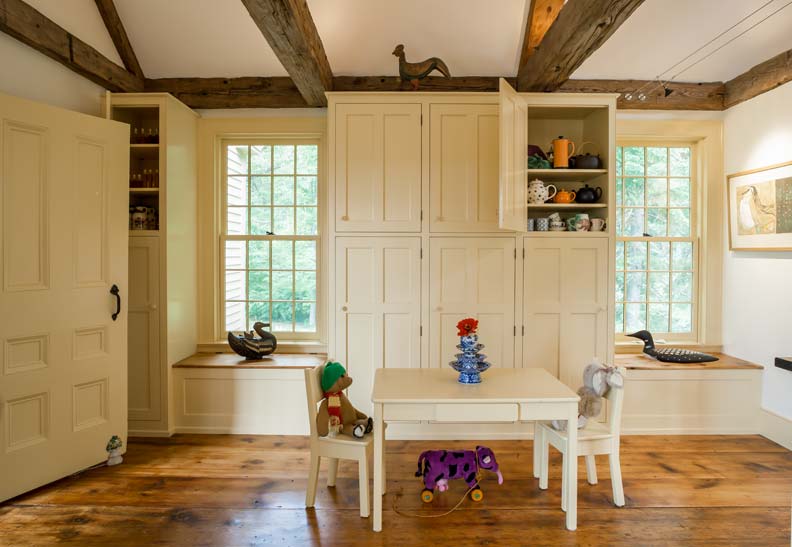 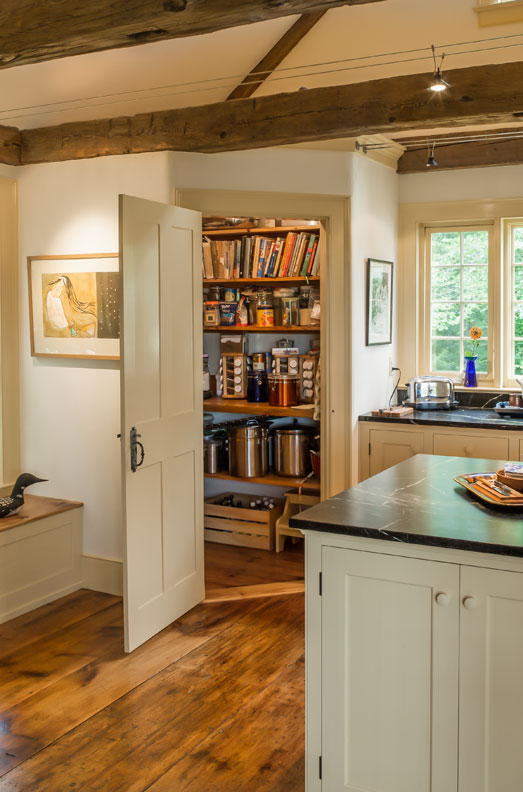 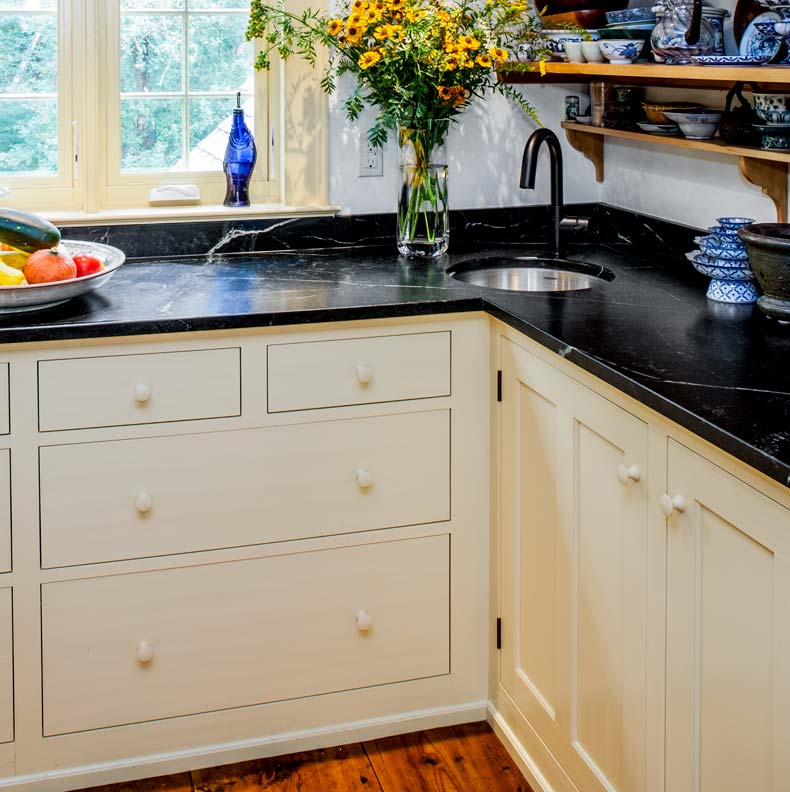 The owners knew they wanted painted wood cabinetry in the kitchen to offset the expanses of wood on floors and in overhead beams, and chose Kennebec for a simple, elegant line of custom cabinets. The design uses a simple, understated flush inset panel door and drawer. The milk paint finish was brush-painted. Functional details include rollout shelves, soft-close drawers, and pullout bins.

Everything is unique. The wide pine flooring was reclaimed from an 18th-century house; a chandelier was designed to the owners’ specifications by blacksmith Peter Brown. The 9½’-long dining table was made by Elliott Morse and Tomas Sobolic (from Morse & Doak), who reused 18th-century wall boards that had to come down from the north end of the little Cape as walls were plumbed. History is evident everywhere.

The ceiling is lit by hidden strip lighting installed in grooves down the center of the beams. Overall illumination comes from the modern, unintrusive Kable Lite system by Tech Lighting.