We tried to make the best of a really bad remuddling in the kitchen of our 1909 Craftsman Bungalow in Portland, Oregon. Dark-brown particleboard cabinets and a chipped sink that was impossible to clean had been installed in the late 1970s. The printed asbestos-tile floor was also damaged. The room did have one saving grace: its wall of original built-in cabinets. They sagged and the doors wouldn’t stay shut, but they indicated that the room had once exuded period charm.

We (Michael) redid the roof, attic, and basement, but we couldn’t figure out what to do with the kitchen. So at first, we amused ourselves. Given the late-’70s cue, we painted the kitchen electric pink and turquoise, and then hung posters of Farrah Fawcett and Lionel Ritchie. Eventually the “mod” kitchen had to go, and we felt that the kitchen should get a simple treatment in keeping with other rooms in the house.

We didn’t have to hire anyone; Rosalie has managed apartments for years. We did it all ourselves. Michael was responsible for “demolition”—removal of the particleboard cabinets and laminate countertops. It took all of two and a half minutes. Collected kitchenware comes from the first half of the 20th century.

Vintage elements are integral to the look. The beadboard wainscot is original; its paint color matches what was found on old sections covered over with plywood in the 1930s. One wall retains its original cabinets.Michael, the house chef, was reluctant to replace their not-very-old gas range with a period model. But, on Craigslist, Rosalie found a 1930s Wedgewood gas stove for sale and, racing for it in her truck, bought it for $200 cash. A veteran Craigslist shopper, she also acted fast when she found a period sink for sale for $450 in Centralia, Washington: the description said it looked like it had never been used. “I paid for it over the phone,” Rosalie says. 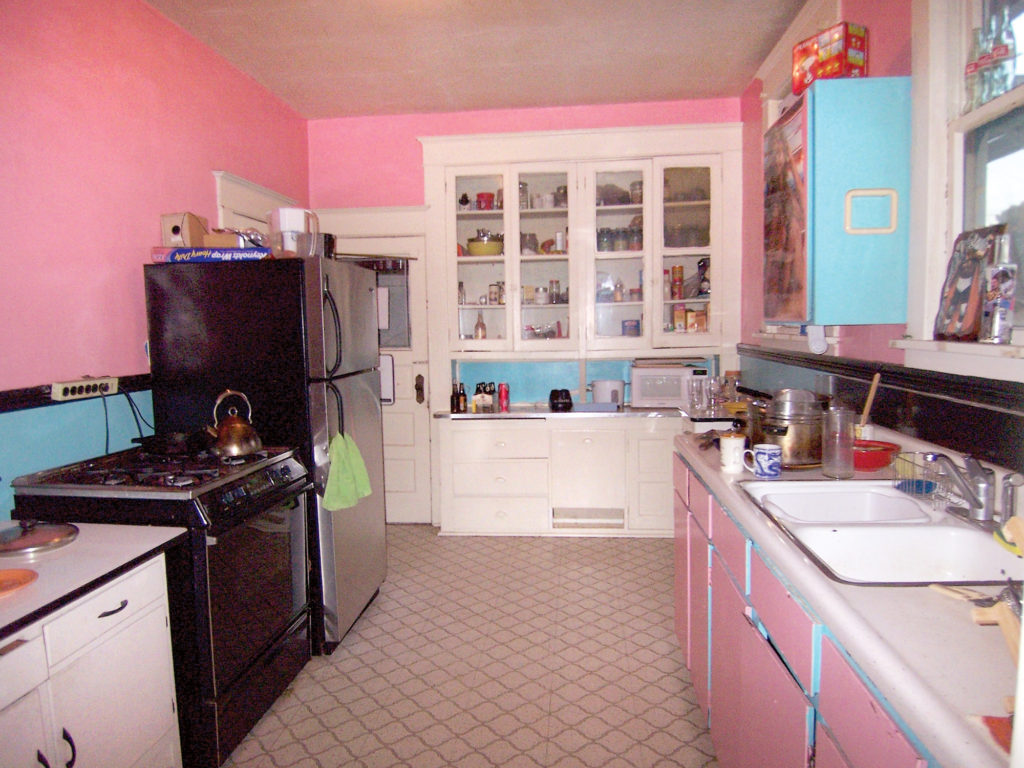 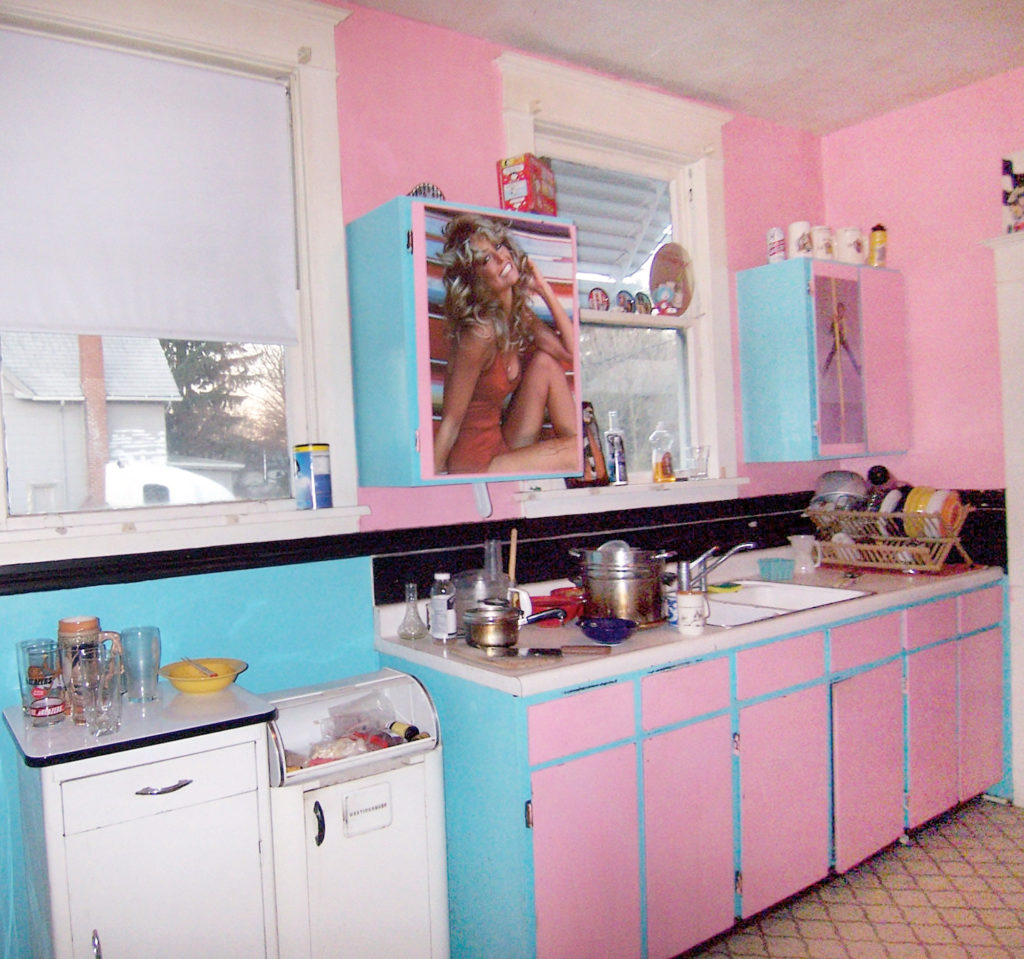 Secretly, we’d hoped to find beadboard behind the plywood wainscot—and we did! We also found 1930s newspapers used to insulate between the layers—and, underneath, the original paint color. It took two months to plan the new-old kitchen, using salvaged elements and working from a ca. 1910 photograph. Rosalie’s father and brother gave us construction guidance. The original cabinets were gently jacked into place and re-secured to the wall. We were thrilled to replace the worn flooring with Forbo’s Marmoleum ‘Click’ (12″ x 36″ planks).

When the kitchen was brought back, the house was happy, because it all made architectural sense. In fact, an architect commented, “People pay me a lot of money to make their kitchens look like this.”