With the effects of time & gravity, all buildings tend to settle as they age, but they don’t settle uniformly. In what’s known as differential building settlement, the interior wood framing shrinks and settles more than the sturdier outer walls. Since most stairs are attached to an interior wall on one side, differential building settlement may cause the staircase to sag away from the wall, toward the newel post or stair well. Repairing a staircase with a significant settlement problem is best done from below.

Before that work can begin, however, it’s essential to figure out the center line of the stair, says Steve Payne, co-founder of Payne-Bouchier Fine Builders in Boston. “If you don’t do that, the stair is never going to work out right.”

Finding the center line is simple if you follow this rule: the line always follows the handrail. The edge of the staircase and the positioning of the risers around any turns are controlled by this center line, from the handrail down through the balusters or spindles. It’s the fixed point around which all the other elements of the stair move.

This is especially true in certain row-house neighborhoods in Boston, where the typical mid-19th century stairs are elliptical-well, continuous-rail staircases that run up a party wall. They were well thought out when they were installed, “but they were framed sort of casually,” says Payne. “That’s why they sag. We’d never dream of framing stairs that way now.”

His firm usually encounters one of two repair scenarios.In the best-case situation, the stairs did all their settling in the first 25 years after they were built and haven’t sagged since. Repairing them begins with the removal of the balustrade, leaving the bottom newel in place. Then the treads are detached and slowly jacked up using wedges underneath, until they’re roughly level. “We’ve left the crooked carriage in place, and just moved the treads,” Payne says. “That’s a fairly typical fix. We don’t even have to remove plaster. You have to raise every tread the same amount, so the balusters fit right back into the same holes.”

Repairs are much more complicated when the stair structure is still moving. If the tread wiggles where it goes into the skirt board along the wall, the fix begins by peeling the plaster off the stair soffit underneath. Then the crew builds a jacking assembly—designed on the spot to fit the situation, Payne says. It’s a trial-and-error process, and requires careful attention to stress points. “The stair is never going to be exactly level, but you have to move the whole stair up at the same time, so you don’t bust something in the structure.”

Once the staircase has been cranked up as much as it can go safely, the team adds steel L-shaped brackets that bolt to the wall and support the stringers. Plywood gussets are added to stringers to make them less likely to flex, then attached to the steel.

“Staircases will be perfect, if they are spacious, light, and easie to ascend; as if, in some sort, they seem’d to invite People to mount.”—Venetian architect Andrea Palladio, 1570; English translation, 1715

The steel must be attached in such a way that, when new plaster is applied, the steel doesn’t interrupt the plane.

Balusters on Greek Revival and other period stairs often have a dovetail on the bottom—a pin that’s covered at the end of the tread. When new or replacement balusters are required, Payne–Bouchier almost always mills them with that pin. “They give an enormous amount of stability to the rail,” Payne says. The dovetail “indexes everything so exactly and is a time-honored, high-quality approach to setting balusters.”

The main issue he encounters with freestanding stairs built before about 1840 is that they tend to be “catastrophically steep and unsafe.” On the bright side, “They tend not to be out of level because they’re so narrow.”

The cure for a stair that’s too steep is to rebuild it, Payne says, adding a riser or two at the top and at the bottom, and expanding the stairwell hole. This, of course, will gobble up more square footage on not just one but two floors in a house that may already be small. If expanding the stairwell hole is not possible, replacing a mid-stair landing with winders to make the 90-degree turn is another option that may improve safety. “If you want to make [the staircase] more comfortable, it is going to have to grow.”

Step at a time 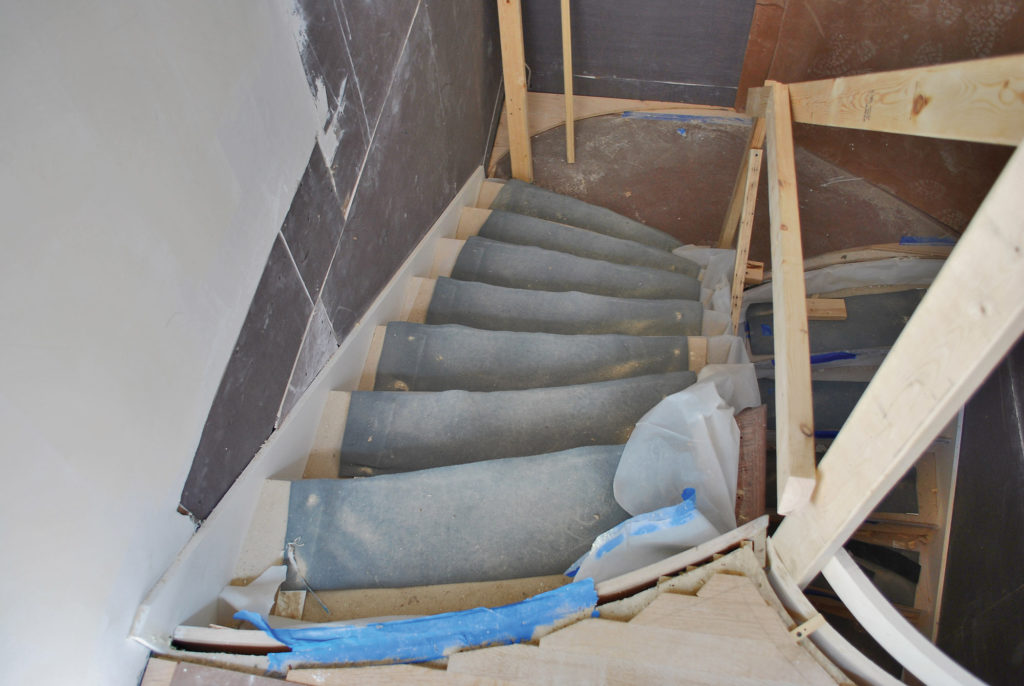 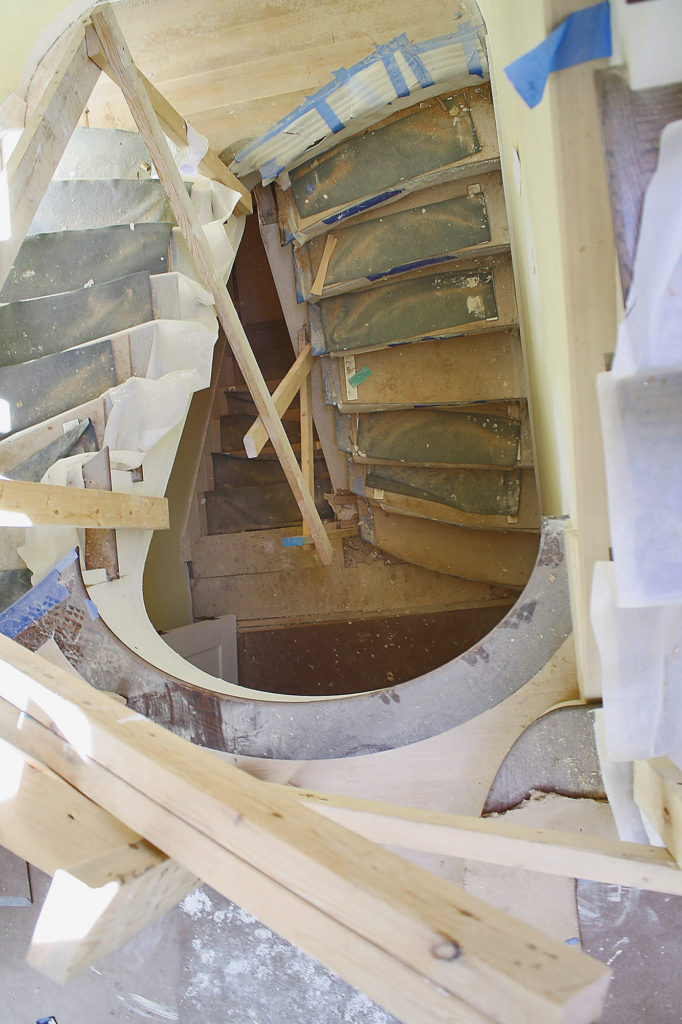 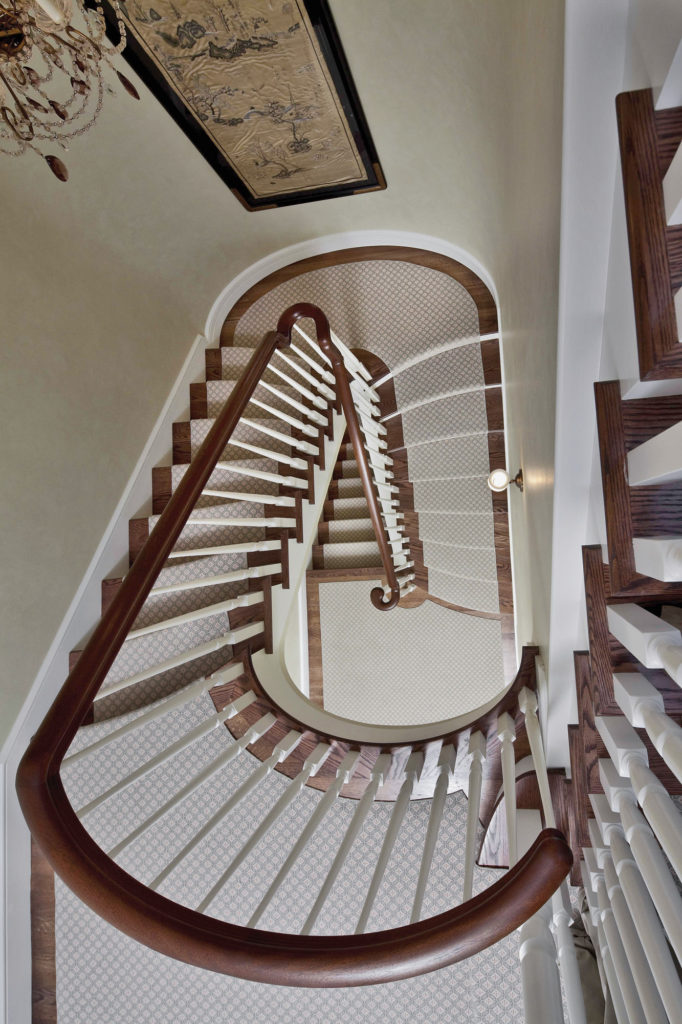 Rebuilding a historic staircase requires careful calibration, following the center line of the stair. As runs are completed, they’re braced as needed (1, 2). The balusters and balustrade assembly not only finish the stair, but also help anchor all of the elements in place (3).

Before undertaking any stair repair—even squeaking steps!—get an assessment from a professional. “Go forward with a stairbuilder, with a carpenter, with a handyman, or by yourself. But first get advice from someone who’s built some stairs.” —Steve Payne, Payne–Bouchier Fine Builders

A beautiful balustrade is not merely the sum of its parts. A large part of its architectural finesse comes from the subtle coordination of how the various turnings align and follow the pitch of the rail. For example, note how the turned blocks on each baluster align horizontally from step to step.

How To Make Compound Ogee Molding