Accustomed to the wide-open spaces of the West, Maude Odgers had mixed emotions as she tried to cut her way through the densely wooded lot her husband had bought in Peterborough, New Hampshire. It was not love at first sight. Lots of labor lay ahead—with both hammer and shovel.

Maude and John Odgers pulled into town with a Toyota truck, a U-Haul, and all their belongings in 1980. They rented a farmhouse, Maude got a job, and John began clearing an acre of house lot from their three and a half acres of woods. They began designing a modified Cape Cod house.

Meanwhile, Maude was already communing with the land. Once she’d cleared the smothering tangle of scrub, she warmed to the hillside site and the New England soil. 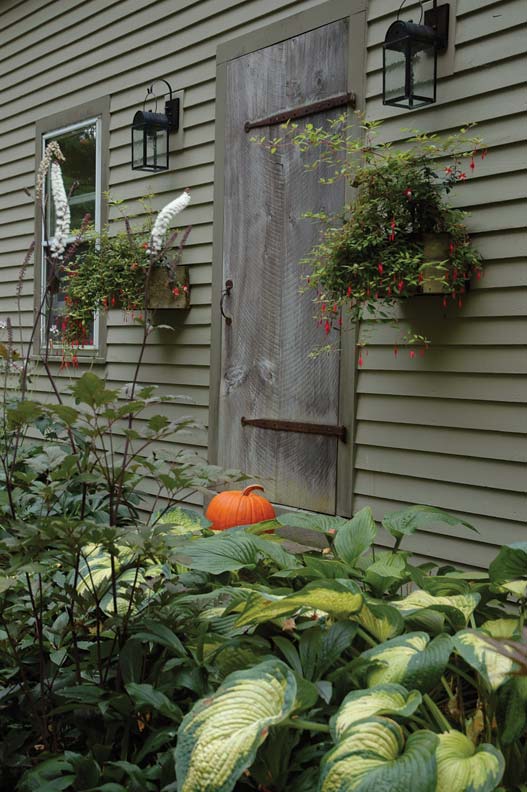 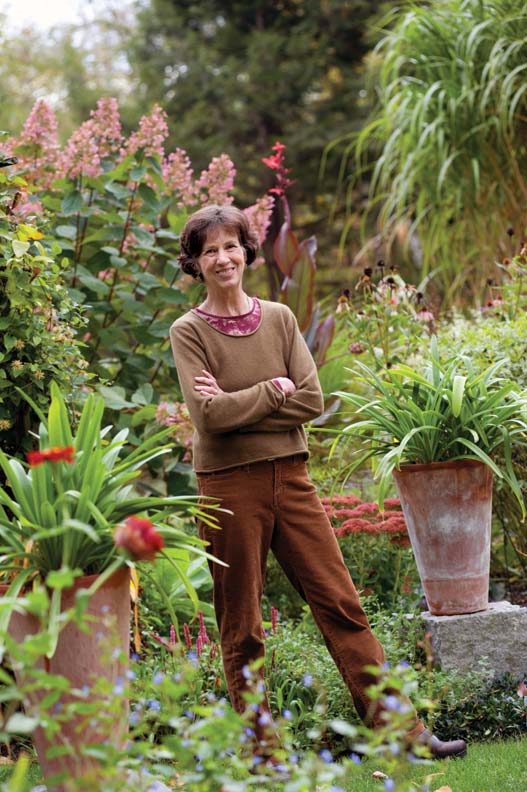 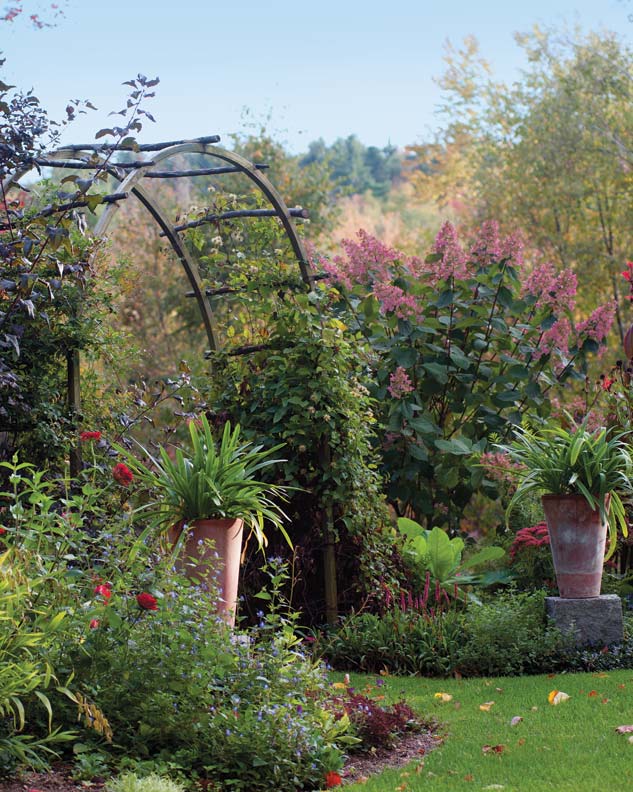 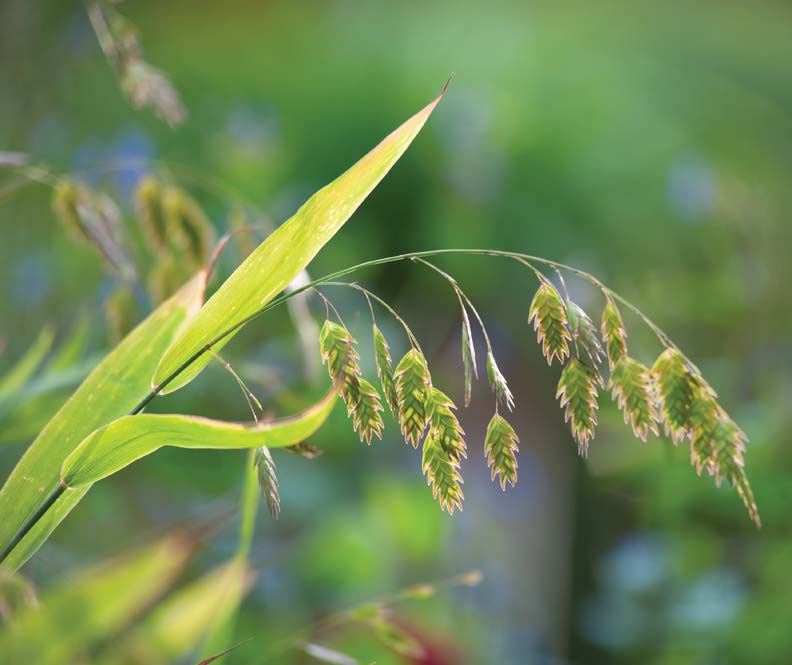 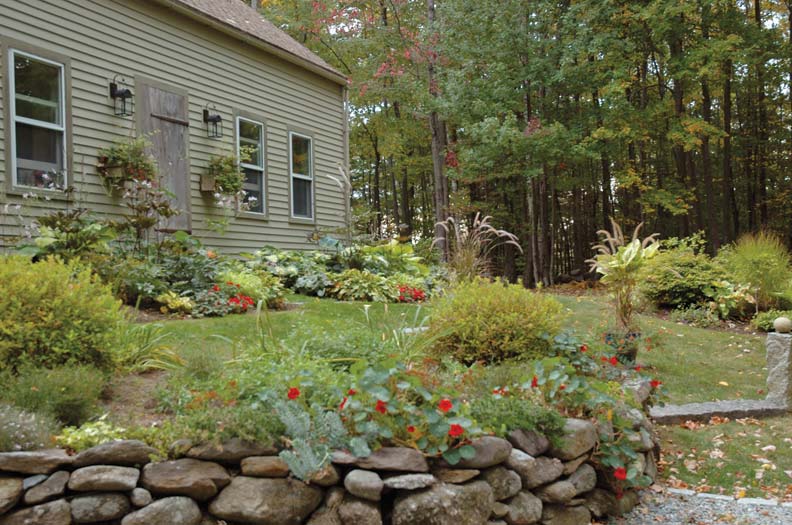 Maude says she was “one of those mud-pie kids” whose hands were always in the earth. She’d watched her mother dig in the garden and followed suit. But New England gardening was new to her. This site gave her ample opportunity to learn: a new septic system and leach field had laid bare a huge open gash to be landscaped. In her initial agenda, fresh food was high on the list of what the garden should supply. She put in a 20′ x 30′ vegetable garden along one side of the backyard, with a small apple orchard in the middle. The landscape was “straightforward and functional,” Maude recalls. “Marigolds and sunflowers around the vegetables were the only ornamental aspect. I wanted to homestead. But I had no idea how much work that would be.”

Maude knew how to grow food, but New England had her mystified. “I didn’t know the plants,” she says. The unpredictable weather also had her stymied. The vegetable garden was keeping the local deer and raccoon populations fed, but the family was not benefiting. So Maude switched gears, putting in an herb garden with beets, carrots, and kale tucked amidst basil, parsley, sage, chives, and thyme. Maude also realized, after several failed years, that apple production doesn’t fit with her organic gardening practices.

Then Maude visited her sister in Britain and saw the masterful gardens there. “All of a sudden, I saw the potential for artistry in the garden, not just pragmatism,” she says. Back in New Hampshire, she began to install borders to frame views of the forested Monadnock hills. The first border was skinny, but over time it grew, and Maude planted other borders and flowerbeds. A livestock focus faded, and the barn became a potting shed and storage building. The challenge was to bring all the structures into the conversation—accomplished with mass plantings of hostas, and with planters (often old washbasins and other barnyard salvage) that spill over with begonias and unusual annuals.

A woodland lily pond and several peripheral plantings pull the site together. Trees selected for their silhouettes add verticality and a sense of permanence as well as winter interest. Tall, narrow terracotta pots are accents. Everywhere is evidence of Maude’s sensitivity to the site.

Color compositions are only one aspect of Maude’s artistry. She says she consults her inner textile artist to weave texture and shape into the garden. Clipped boxwoods (28 of them) play a critical role, adding texture that unifies the garden across the full growing season. The boxwoods set a cadence; soft ornamental grasses and billowy perennials provide the counterpoint. But all the herbs, perennials, annuals, shrubs, and trees that enter into the brew fit into the composition to their best advantage. Foliage is the connector for herbs, perennials, annuals, shrubs, and trees. Flowers are a wonderful bonus, but not the primary focus.

The gardens are full but forever evolving. They flow one into the next with gently curving lines that echo the rolling hills. Maude Odgers’ gardens celebrate the northern New England landscape that she once found foreign.