A model is by definition an archetype, an ideal. It is something envisioned and aspired to. But a home is real. It is rooted in its surroundings—physically, aesthetically, and, often, historically.

So, how does one go about making a model home? In other words, how do you make an ideal real? Ask Donald Rattner. In 2000, while a partner at Ferguson Shamamian & Rattner, he was asked by the Georgia-based developers Dolan, Pollack, and Schram to come to White Sulphur Springs, West Virginia. There he would plan a model home and join the initial design team for a new development at a historic resort, the Greenbriar. 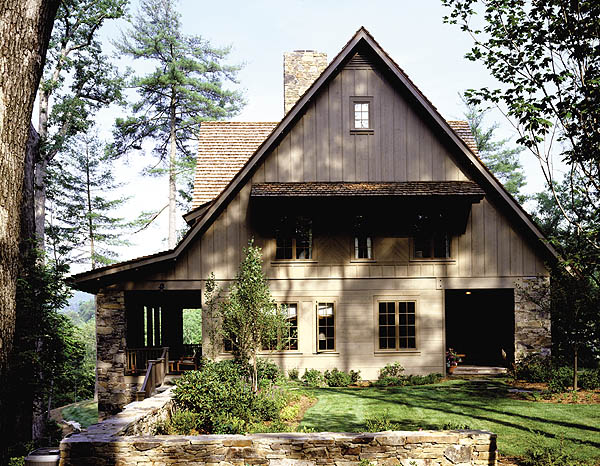 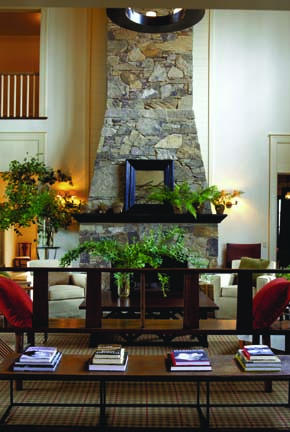 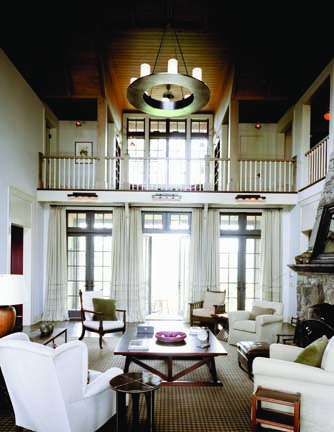 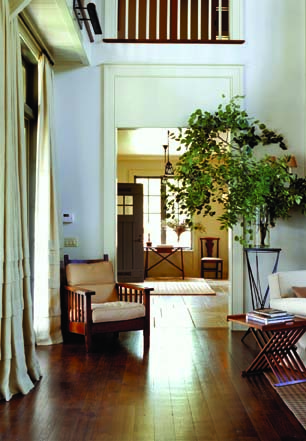 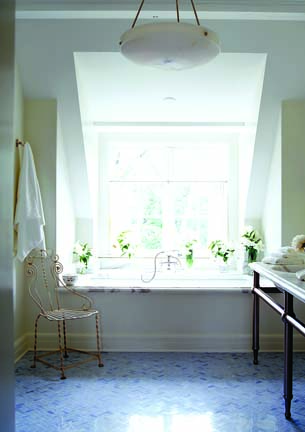 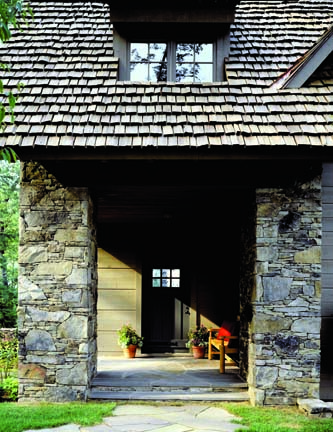 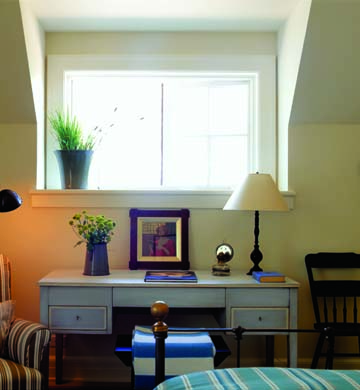 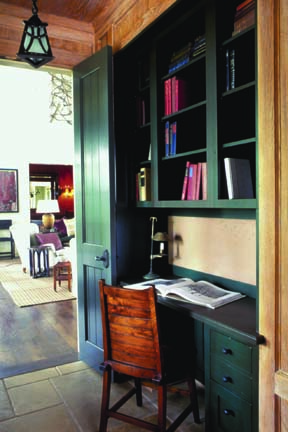 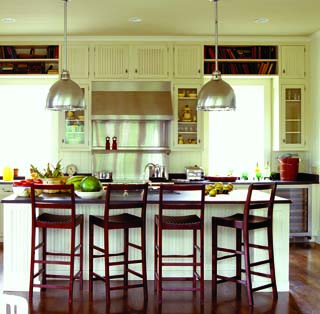 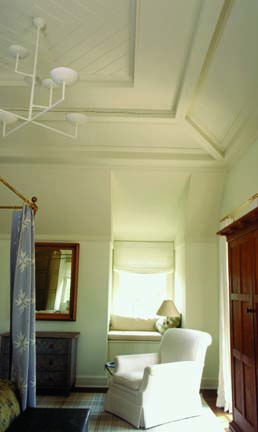 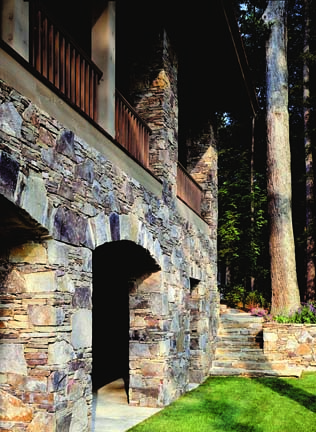 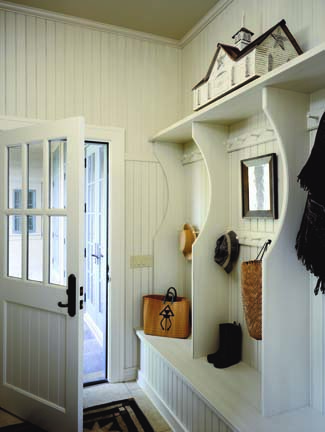 Built on the site of a natural spring (with once-purported healing properties), the Greenbriar has been a premier vacation destination for the well-to-do since the early 1800s. Through the centuries it grew from a collection of rustic cabins into a manicured campus, first with neat rows of tidy cottages and private homes, and then with the construction of the “Old White” Hotel in 1853.

It survived the Civil War, and while business at neighboring springs dried up, the Greenbriar successfully adapted itself to the changing needs of its well-heeled guests. It built a new Georgian-inspired hotel in 1913, asked famed interior designer Dorothy Draper to radically overhaul its interior after World War II, and—perhaps most importantly—continually added sports-related amenities, such as golf, throughout the twentieth century.

The latest phase of its development is the Greenbriar Sporting Club, a new community of 500 homes, many nestled into the wooded hillsides surrounding the hotel, along with a new lodge, golf course, and a host of member-only facilities and diversions. Rattner was charged with setting the Sporting Club’s model within the historic resort, establishing guidelines and standards for future homes, and articulating the vision of this emerging community. As Rattner explains, the model home would “serve as an icon of the development project.” (Naturally, it would also serve as a three-dimensional brochure for the development and drive future sales.)

Context and Counterbalance
Before beginning his design, Rattner had to consider the history and aesthetics of the main hotel grounds and decide how the house would fit into this context. He and the design team recognized that the house and its eventual neighbors needed to be both related to the hotel but also distinct from it. With its classical façade and meticulous setting, the hotel is most notable for its sense of genteel formality. “This is a place where appropriate dress is still required in the public rooms and a coat and tie are required of gentlemen in the dining room,” Rattner says.

But he and the design team chose not to reflect this formality in the model home or in the design guidelines for the development. Instead, they created a counterpoint to the hotel. “We chose not merely to extend the hotel’s identity,” he says. “First of all, because you are physically beyond the hotel estate; you are in more natural surroundings. So we wanted to convey an atmosphere of a somewhat more informal, natural environment.”

For inspiration, Rattner looked to rural houses and agrarian buildings in the region. This involved “traveling the countryside, researching, and combing through photographic archives, trying to understand the history of the area and its manifestations in built form,” he says. From these examples, Rattner extracted prominent and recurring features for the model home and for the design guidelines to offer a coherent and unified look to the development.

Some of the prominent, indigenous features now seen in the model home include a steep roof pitch—much appreciated in agricultural buildings because it efficiently sheds snow and rainwater—and an asymmetrical composition, as seen in rural houses that arose out of necessity, not artistry. (An asymmetrical composition also offers a further counterpoint to the hotel’s classical symmetry.)

“We then looked to other architectural styles indigenous to mountainsides, hillsides, and other wooded areas, such as Shingle style, Adirondack, and plain old American vernacular, camp architecture,” Rattner says. “We didn’t set out to do, for example, Adirondack style. Instead, we tried in the home to represent our ideal.”

Because these styles draw heavily on the use of natural materials—and because such use was in concert with the overall vision of the sporting club—Rattner’s home design called for board-and-batten siding, cedar trim, fieldstone, square posts, brackets, and mortise-and-tenon joinery. All of these materials celebrate craftsmanship and evoke the work of human hands.

Rattner specified minimally painted exterior surfaces and a natural color palette, so the model home would appear as a natural outgrowth of its wooded environment. Again, this is unlike the hotel, which has a white-painted brick and stucco exterior and sits on a level platform with distinct boundaries between outdoor and indoor spaces.

An Ideal Client
As with any commissioned home, the architect needed to keep foremost in mind the needs of the homeowner and the ways in which they would live here. But unlike most commissioned homes, this one didn’t have a homeowner yet. And so Rattner based his home on an ideal-client profile that he and the design team created.

The clientele that the sporting club expected to attract would be primarily families looking to buy vacation homes. The team—which included interior designer Victoria Hagen, a partner in this project from the outset—recognized that people experience and utilize a second home differently from their primary home. To be successful, the model home would have to address this fact.

“A vacation home is a place where people decompress and reconnect,” Rattner explains. “It’s a place where the family can get together and defragment themselves from their normal routines of work and school.” The home’s interior is therefore designed to help reconnect the family. With its largely unimpeded flow from room to room, the open floor plan reflects the relaxed, unstructured nature of leisure time and promotes casual interactions between the occupants. An office space, a modern necessity even in a vacation home, is built in the passageway between the centrally located great room and the study, ensuring that a parent is close at hand even while touching base with work. The family room and kitchen are combined into one open, inviting space—a perfect spot for the family to congregate.

The ideal client would likely choose the Greenbriar Sporting Club in part because of a fondness for the region’s rugged beauty. For this reason, evidence of the natural world is always apparent from within the home.

To the south, the house looks down to the hotel and, to the north, it offers a view of the mountains—reinforcing again the notion of standing between the formal world of the hotel and the informal, natural world. Four porches extend the house’s boundaries, blurring the barriers between indoors and outdoors.

Like guests who have been frequenting the Greenbriar for centuries, the ideal client would also have a particular appreciation for the active, outdoor life. This affinity for outdoor recreation is a part of a shared, regional sensibility that the hotel has historically (and successfully) embraced: As Rattner explains, “Nature pursuits—fishing, hiking, hunting—connect you to the land in powerful ways. The entire development plays on that and carries through that relationship.”

Thanks to Rattner’s understanding of the Greenbriar’s history, character, and appeal to generations of vacationers, the new development he helped establish here fits faithfully into its historic environment. A family bought the model not long after the Greenbriar Sporting Club opened, thus making it—even more than before—an ideal made real.