When Kris and John Mandler bought their 1931 Tudor in South Minneapolis, they knew an addition was in the cards. “It was a beautiful house, with a big backyard and views of a creek, but it had this tiny little kitchen and a really bad three-season porch,” says Kris.

With two kids and a third on the way, the Mandlers wanted a large, open kitchen and living space that would encourage family time. But they wanted to blend this modern concept with the historic style of the house. “While we were house-hunting, we saw some additions that were so out of place,” says Kris. “We really wanted to stay in keeping with the rest of the house.” 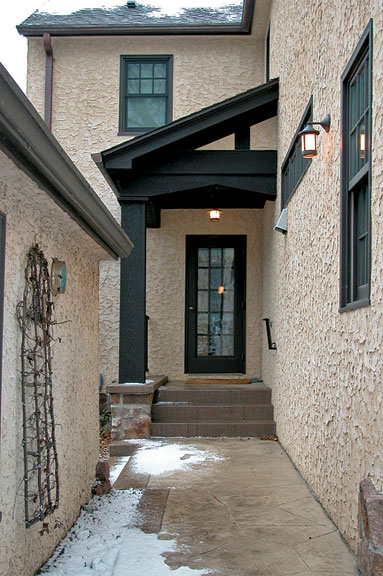 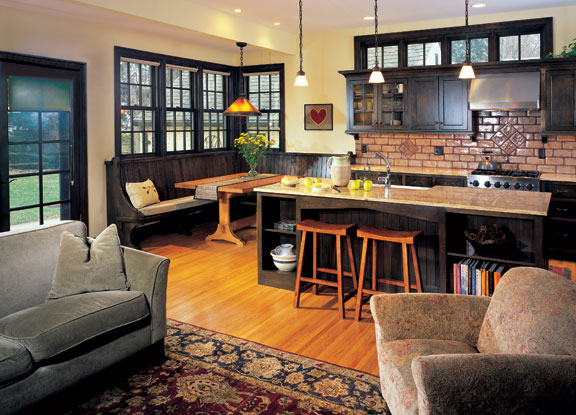 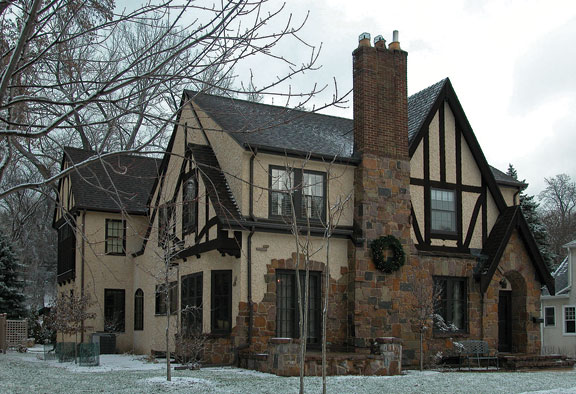 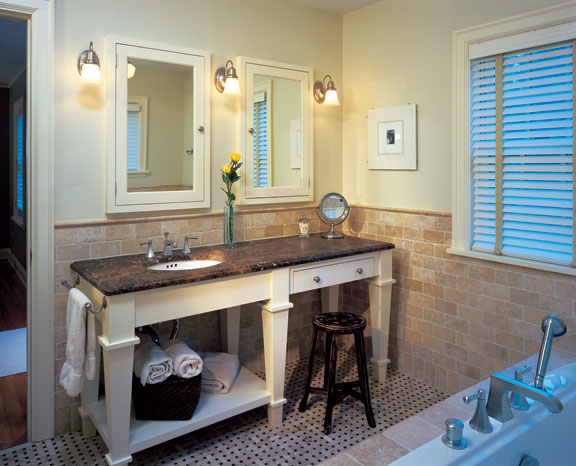 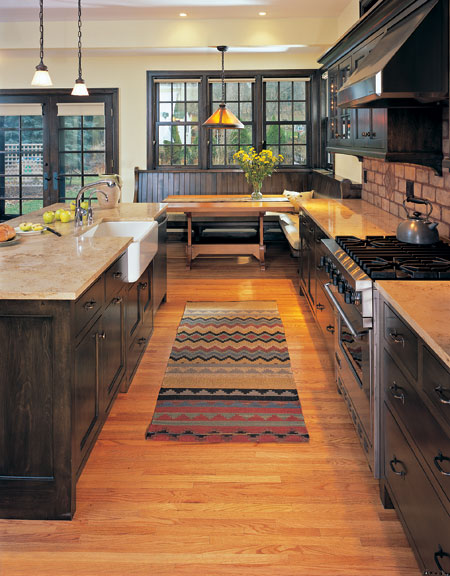 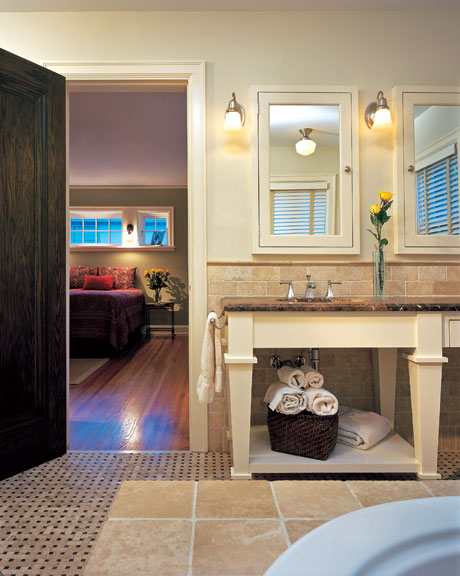 So the Mandlers brought in Eric Odor of SALA Architects to help them execute their vision. With 15 years of experience in updating old houses under his belt, Eric immediately saw the potential offered by the house’s pedigree. “The great thing about Tudors is that you can add and subtract in all sorts of ways,” he says. “It’s such a flexible style.”

Instead of making the two-story addition an appendage on the back of the house, Eric and his team, which included fellow architect Chris Bubser and contractor Rick Reuter, stepped it back a bit and connected it with a cross gable. “It’s almost like a little village,” Eric says of the two parallel sections of the house.

Matching the exterior of the addition to the original structure took some creativity. “All of the timbers on the outside of the house had been colored with creosote,” says Eric—an unusual improvisation the team had never encountered before. “It took us a little while to find a stain that matched.” He also brought in granite to match the original stone detailing on the front façade; Eric surmises that their supplier, 110-year-old Cold Spring Granite, located near St. Cloud, may have provided the original stone as well. The handful of vintage granite that was removed when the three-season porch was cleared out to make room for the addition was repurposed as a small hearth in the family room.

Inside the house, Eric took cues from the 1930s design, incorporating dark-stained woodwork, but using it sparingly. “For a Tudor, this is actually a very light house,” he says. Kris, who was particularly concerned about keeping the home’s airy feel, agrees. “There’s lots of dark woodwork, but it works because there are lots of windows, too.” Throughout the addition, Eric maintained that balance, setting off the stained maple window casings, molding, cabinetry, and breakfast nook with wide French doors, a corner bank of windows, and transoms above the cabinets.

Eric also echoed the original floor plan by putting the kitchen and family room at a slightly lower elevation than the dining room, an effect that mirrors the transition from the dining room to the living room at the front of the house. “We really liked that podium presentation,” he explains, “so in the addition, we stepped back down to the level of the living room.”

Although the master suite on the second floor of the addition was a bit of an afterthought (“The kitchen and family room were the priority,” says Kris), with only one full bathroom in the house, the Mandlers soon acknowledged that it was necessary to accommodate their growing family. Its white-painted woodwork and neutral stone tile give the suite a more contemporary feeling than the downstairs space, but it channels the rest of the house thanks to period details like a sink vanity reminiscent of a sturdy farmhouse table.

With the 1,000-square-foot addition, the Mandlers now have the open space they wanted in the house—and neighborhood—that they love. No longer confined to a miniscule galley kitchen tucked away from the rest of the house (it was turned into a mudroom), Kris says she relishes the family’s newfound togetherness. “I can make dinner while everyone is hanging out,” she says. “I love that my kids are right there.”

Clare Martin Alexander is a former Managing Editor of Old-House Journal. Her writing specialties for the magazine are travel and historic houses, makeovers, and tool testing. Clare is raising her family in Colorado.

Arts & Crafts in a Manhattan Apartment

Committed to the Details