Set back from a two-lane road in the rural east Tennessee town of Elizabethton, an old house stands close to the Watauga River. In much of the East, this would just be another late 18th-century survivor. Built in what was the wild frontier, however, this one is an anomaly. By a 1763 decree of King George III, the wild country across the mountains was off-limits to white settlers. But as soon as Daniel Boone forged the Wilderness Trail through the Cumberland Gap in 1775, westward expansion began. One of the first to come through was John Carter, who built his house between 1775 and 1780 on lands bought from the Cherokee. The first frame house west of the Appalachians, it was dubbed “the Carter Mansion” by other settlers.

“A fire in the local church destroyed historic records, so we don’t know who he was or when he was born,” says Jennifer Bauer, park manager of the Sycamore Shoals State Historic Area. “We do know John Carter came here from Tidewater Virginia.” Historians speculate that he might have been an illegitimate son of Robert “King” Carter, the Tidewater land baron. 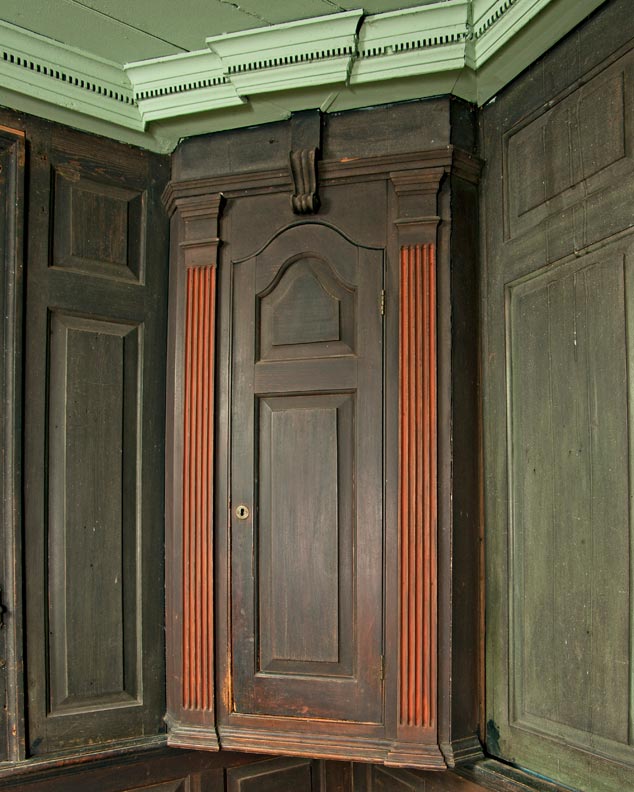 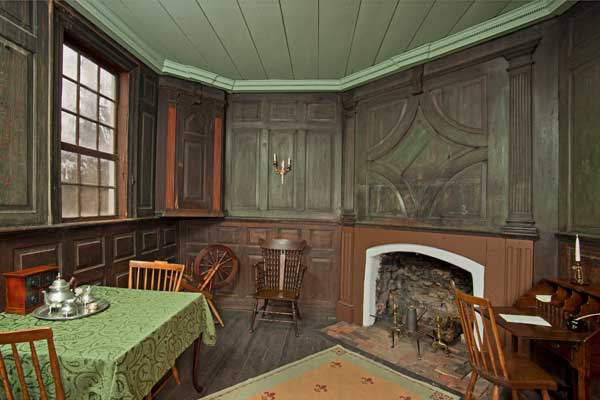 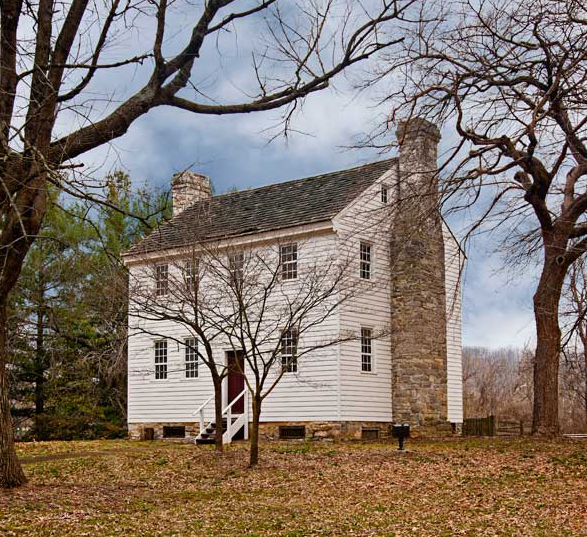 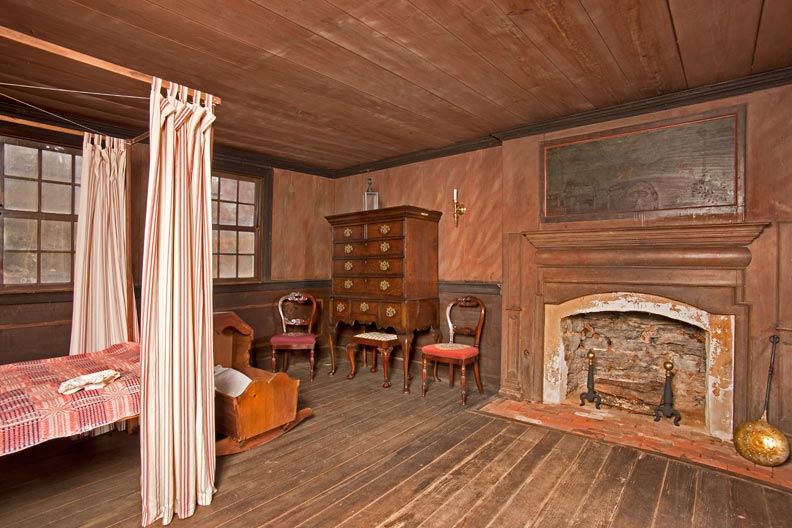 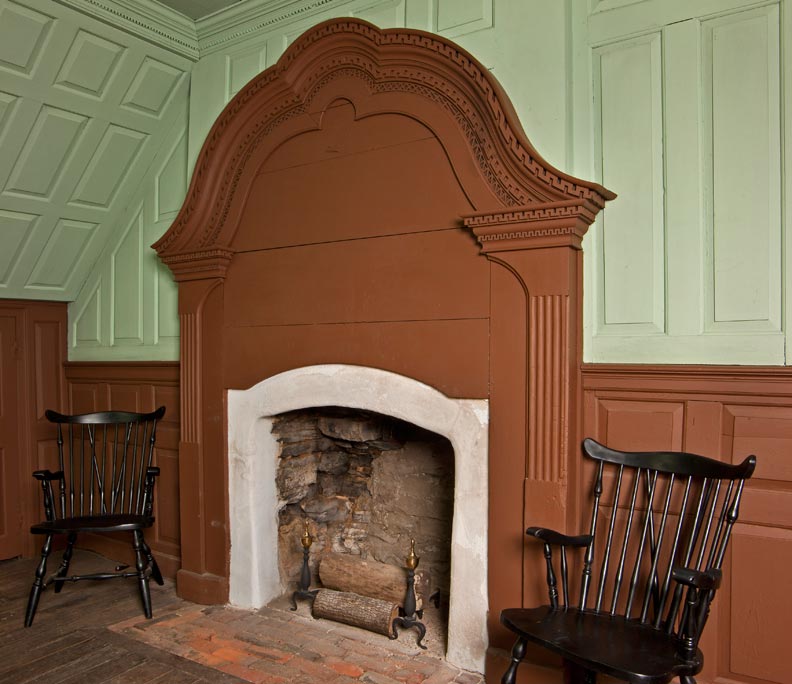 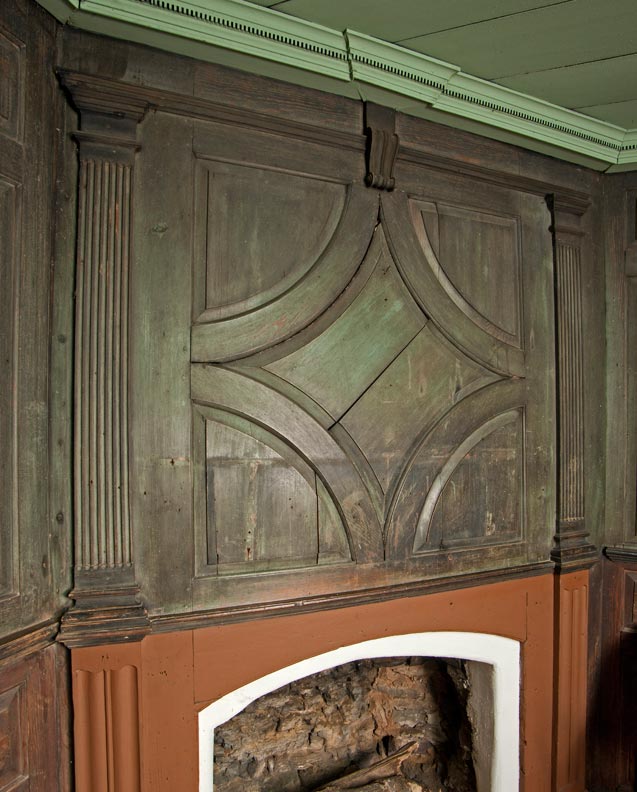 Frontier settlers lived in log cabins with dirt floors, but the Carter house has an oak shake roof and a limestone foundation. Limestone chimneys bracket the exterior. “The floor plan is typical of the day’s Tidewater estate houses,” historic interpreter Chad Bogart explains. “The front door enters an open great room, which includes the staircase. A smaller parlor is through a door, and behind that is Carter’s office.”

This interior boasts handsome fireplaces, carved paneling, chair rails, applied pilasters and lintels, and a wealth of bolection moldings. Bolection molding is used to conceal and decorate a joint caused by two surfaces coming together at different levels; it projects beyond the surfaces of both, often with a raised center. Bolection molding sometimes incorporates a rabbet the depth of the difference in levels. Practical and decorative, bolection molding finishes door openings, adds grace to fireplace surrounds, and brings cohesion to paneled walls. (The name is of obscure origin.)

“We always thought that John Carter brought the millwork, fashioned in Tidewater Virginia, when he first came here in 1770,” says interpreter Chad Bogart, “or that he sent for them after he became established.

“More recently, we have come to suspect,” Bogart continues, “that the carvings, railings, overmantels, and moldings were originally part of a larger home. Some pieces run vertically, some horizontally, and there are different sizes.”

Incredibly, 90 percent of the interior is original. Two overmantel paintings, one in the office, the other in the upstairs master bedroom, were painted directly onto the wall panel by an amateur artist and are considered the oldest in the state. The bedroom scene, exposed to the elements for two centuries, is dark but viewable. The downstairs painting is crisp, having been protected from smoke and light by over-painting for many years.

A Fantasy of Gothic Revival