By the time architect David Torrey came to this 1809 house on Boston’s South Shore, it had suffered a series of indignities. Back in 1927, the old mansion, built by a sea caption, had been dismantled and moved, along with outbuildings, from the original location in old Quincy. But the early 20th-century homeowners/movers/rebuilders did not put all the pieces back.

“They sliced the house lengthwise to remove some of its depth,” explains Torrey, principal in the historic preservation-minded Boston architecture firm of Menders, Torrey, & Spencer. In a misguided Colonial Revival fervor, “They also added an inexplicable balustrade to the roof eave, replaced the graceful entry columns with clunky substitutes, and applied odd lintels above the first-floor windows.” 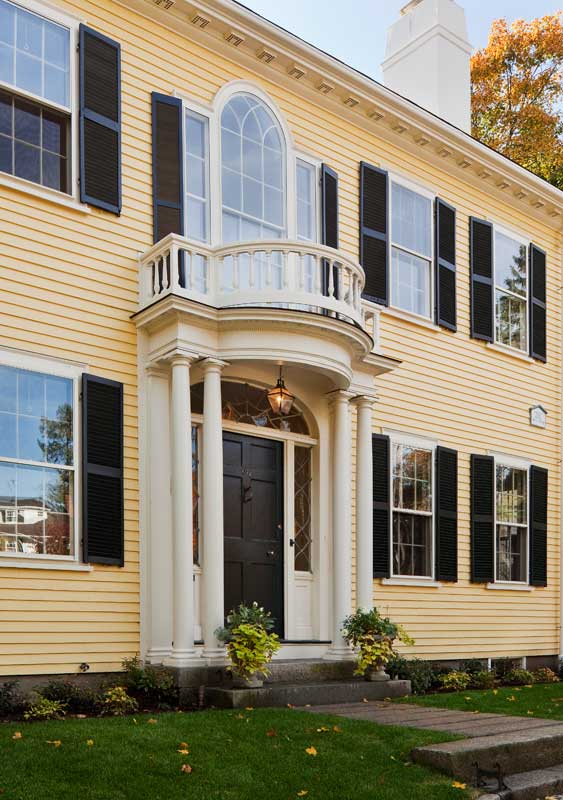 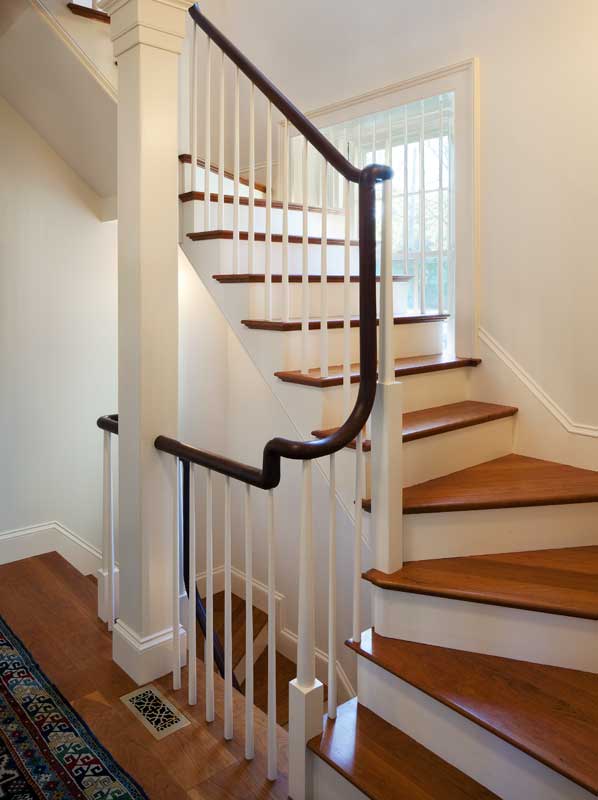 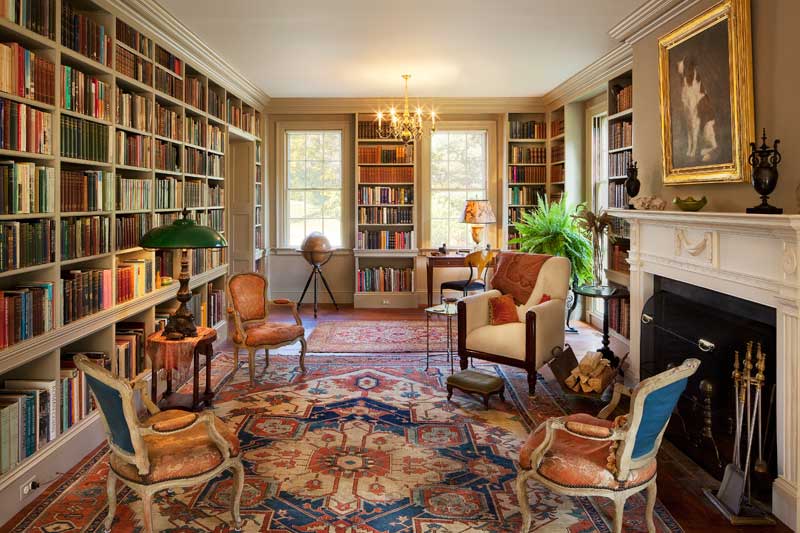 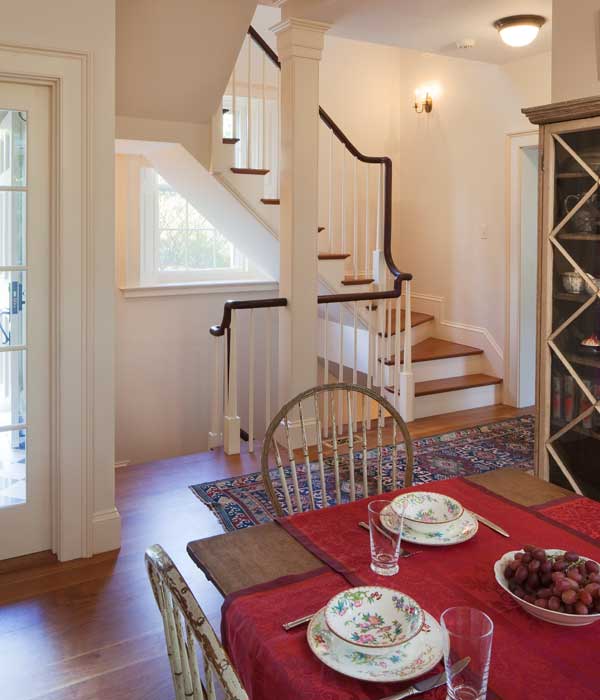 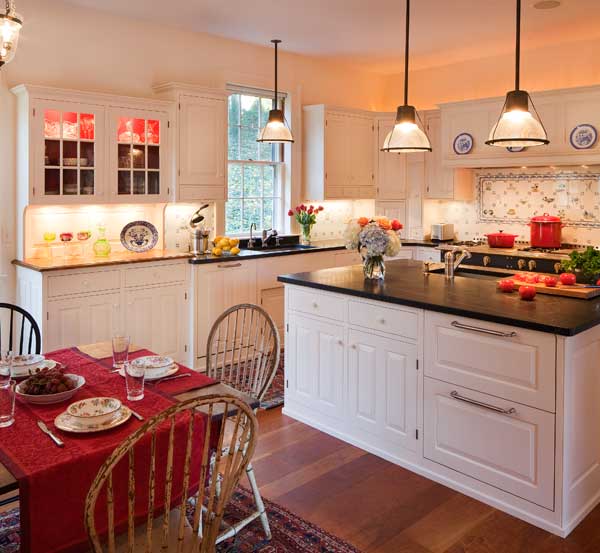 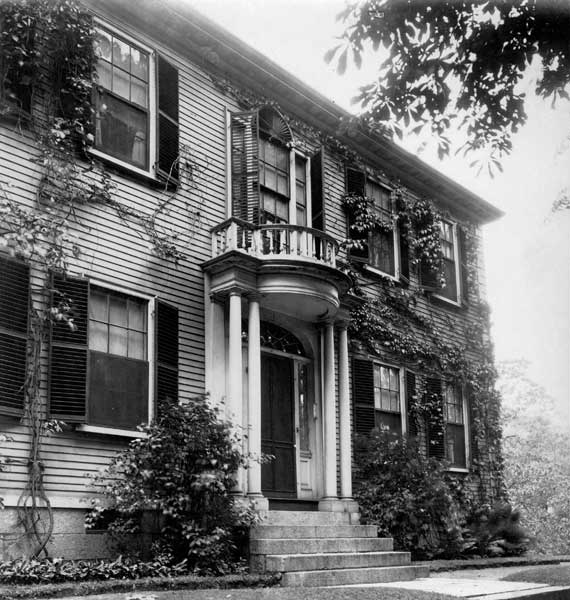 Torrey came to the rescue in 2006, when the new owner, a self-described “collector of books and historic objects,” hired him to restore period vérité. But the owner also wanted to enlarge the surprisingly small house. So Torrey designed a new wing that added 6′ to the rear. It holds a kitchen with generous, neoclassical proportions. With smaller windows and plainer millwork than the public areas of the house, the kitchen ell observes Federal devotion to higher-order/lower-order expression. New back stairs leading up to much-needed new guest quarters cut diagonally across a window, in the manner of added-to farmhouses.

“We wanted the addition to look old,” Torrey explains. He designed the back stairs to echo the simple elegance of the original main staircase, with its well-worn walnut handrail.

The house is a beloved icon, so the architects had to convince the historic district commission that their renovation and addition were appropriate. The house had, of course, seen changes in 1927, some of them ill-advised. The commission approved of the restoration efforts combined with the addition of a three-bay wing in the place of a smaller, earlier wing.

Torrey turned the barn into a spacious home office; the breezeway became a striking indoor-outdoor room. The architect looked to the original Palladian window above the front door to guide the design of the arches and the new fenestration in the barn’s gable end. Period-appropriate elements replaced ungainly substitutions. Torrey used modern materials for weather-exposed exterior balustrades, but the new roofing is cedar shakes. The result is a façade that appears more true to the early 19th-century original than it has in more than 100 years.