Timothy Northup knows for sure that the house was added to in 1876. “That date comes up in city records,” he says; “the original part of the house was most likely built around 1820 or a little later—though that’s speculation. He adds that the original house is post-and-beam construction, while the Victorian addition is balloon framed.

Northup may not know much about the house’s early days, but he knows it intimately, because this was his grandparents’ home. The 2,863-square-foot farmhouse is in the historic district in Oneonta, New York.

“My family bought it in 1942 . . . at the time, my grandmother wrote to a family member, ‘We bought a 100-year-old house.’ They were dairy farmers,” Northup says. “At the time, the homestead measured 80 acres, and they had a herd of 48 to 50 dairy cattle. I spent all my weekends in this house when I was growing up. It was always full of cousins, aunts and uncles; for me, it was the center of the universe.”

Northup’s grandparents farmed the land until the 1980s, and his grandfather lived here until he died in 2010 at age 99. He inherited the house and the land, which now measures 40 acres. Northup is an antiques dealer who also represents furniture and lighting companies. He also designs and manufactures lighting, calling his style “Steampunk Country Rustic,” and always uses reproduction Edison bulbs. When the house became his, he launched an investigation that led to peeling back layer upon layer of accretions, including plywood flooring, dropped ceilings, and modern wall paneling.

“There were five layers over everything,” he says. “Fortunately, the old floors and beams were intact underneath.”

Northup upgraded the electrical system, insulated the roof, and removed the wall between the 1876 kitchen and the adjoining dining room. He installed a breakfast bar and a new kitchen, moving the kitchen sink to the breakfast bar. A former woodshed became a sunny breakfast room, two cramped bedrooms in the original part of the house were opened to each other to become a great room—and the dairy barn became Timothy’s office and showroom.

For guidance during his year-and-a-half renovation, he went to the Farmer’s Museum in nearby Cooperstown: “There’s a house there similar to mine; they show its construction and explain its history,” Northup says. He got design advice from his girlfriend, Sallie Dunham–Davis, a clinical social-worker psychotherapist who’s restored an early 19th-century house of her own. “We met because of our old houses,” Northup smiles.

When it came to decorating his newly spruced-up place, Northup drew on his three decades as an antiques dealer. “I furnished the house to represent its history. The first owners would have brought their grandparents’ furniture with them, and so on, so I chose things that date from roughly 1750 to 1942.”

His most treasured piece is older than that: a tall-case walnut clock built by Joseph Wells of Philadelphia, ca. 1730. With an ornate brass face and simple cabinet, it has pride of place in a corner of the great room. “I wind it every 30 hours. It still runs and chimes beautifully,” Northup says. “Just think, when the Declaration of Independence was being read to the crowd in Philadelphia, this clock was already keeping time and chiming, just a street away.” He bought the clock from a Philadelphia family and believes that he is only its third owner.

Other favorite things include antique and reproduction Windsor chairs, weathervanes, early 19th-century ironwork, stoneware and yellow-ware, and his grandparents’ hanging scale. He appreciates folk art and collects both old and new, as long as pieces are hand made and representative of folk art traditions.

He and Sallie do a lot of entertaining, showing off the house. She has her own house but they live here.

“I have so many wonderful memories of this house,” Timothy Northup says. “Now it’s warm and welcoming, and we hope we’re creating memories for the next generation.” 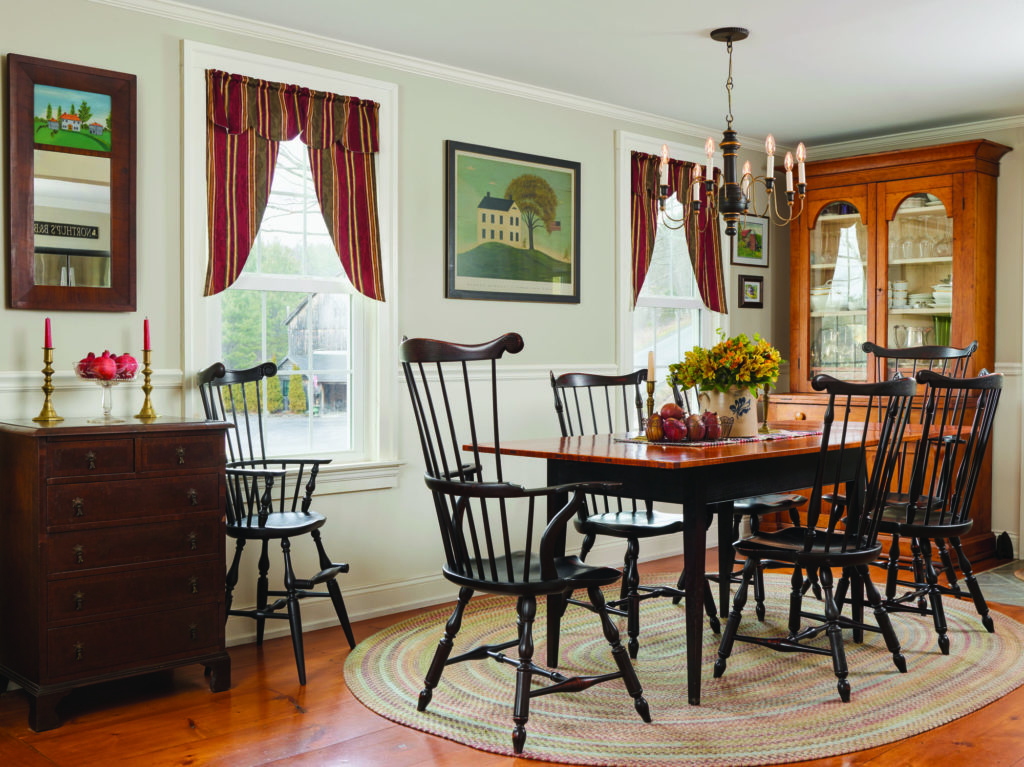 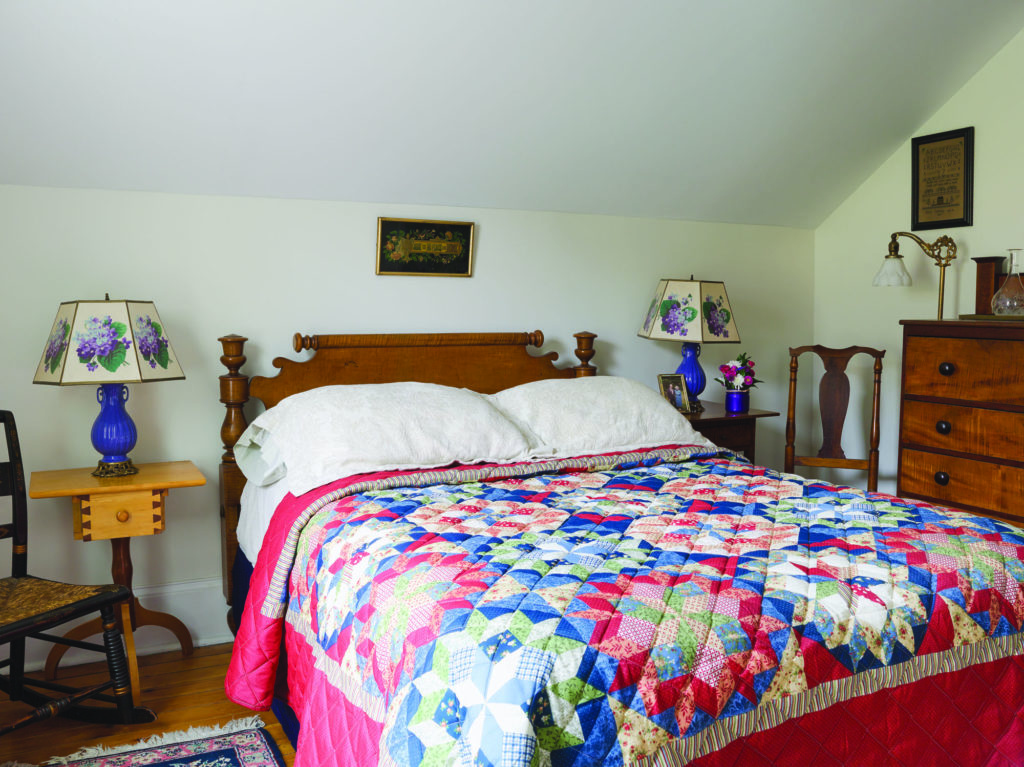 Divide and Conquer
Before his grandparents bought it in 1942, the old house was divided to become a duplex. When Timothy Northup moved in around 2010, the division stood and what is now a great room was a separate apartment.

“That’s where I lived,” he recalls. For some time, the house had an awkward layout and cramped rooms. When Northup took down a wall between two small bedrooms, the great room was the result. He removed the ceiling to create a 1 storey room that rises to a dramatic peak, and exposed the girt between the levels. It is now his favorite room, the repository for many favorite antiques and works of art. “It’s warm and cozy and inviting,” he says, “like a Norman Rockwell picture.”