The new owners of a nearly century-old Georgian-style home in New York’s Westchester County commissioned New York City-based Ferguson & Shamamian Architects to renovate it to fit their modern-family lifestyle—without erasing its past.

The 1927 Georgian-style stone house was designed by Delano & Aldrich, the New York City-based early 20th-century Beaux-Arts architectural firm that made a name for itself designing residences for the state’s wealthiest and most powerful players.

The Westchester County house, which is set on 64 acres, had not been renovated for 40 years and had been vacant for four years before the new owners bought it. “It’s a beautiful house to start with,” says Oscar Shamamian, partner of Ferguson & Shamamian Architects. “The renovation really became a matter of subtraction.”

The firm renovated the three-story, 15,000-square-foot main house and the pool house inside and out, retaining and restoring the original moldings, mantels, wood flooring, and bathroom vanities. The rooftop widow’s walk, which offers stunning views of the Hudson River, was refurbished, and the front-entry court was reorganized in a more formal manner befitting the grandeur of the residence.

Two significant changes—the removal and rebuilding of the service wing, and the enlargement of one of two front gables—seamlessly transitioned the house into the 21st century. 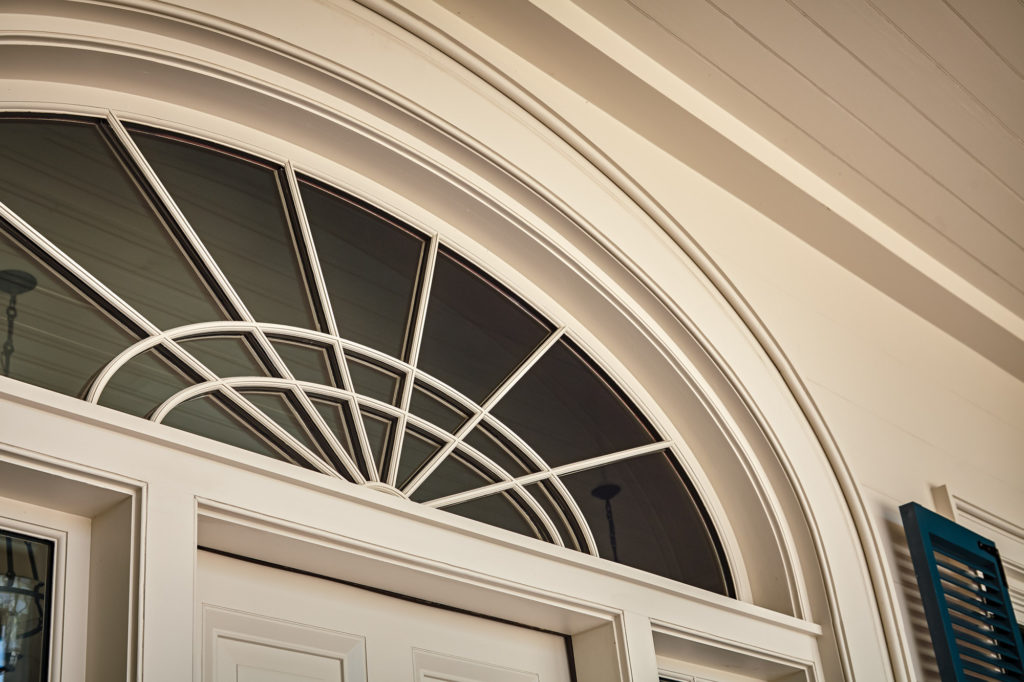 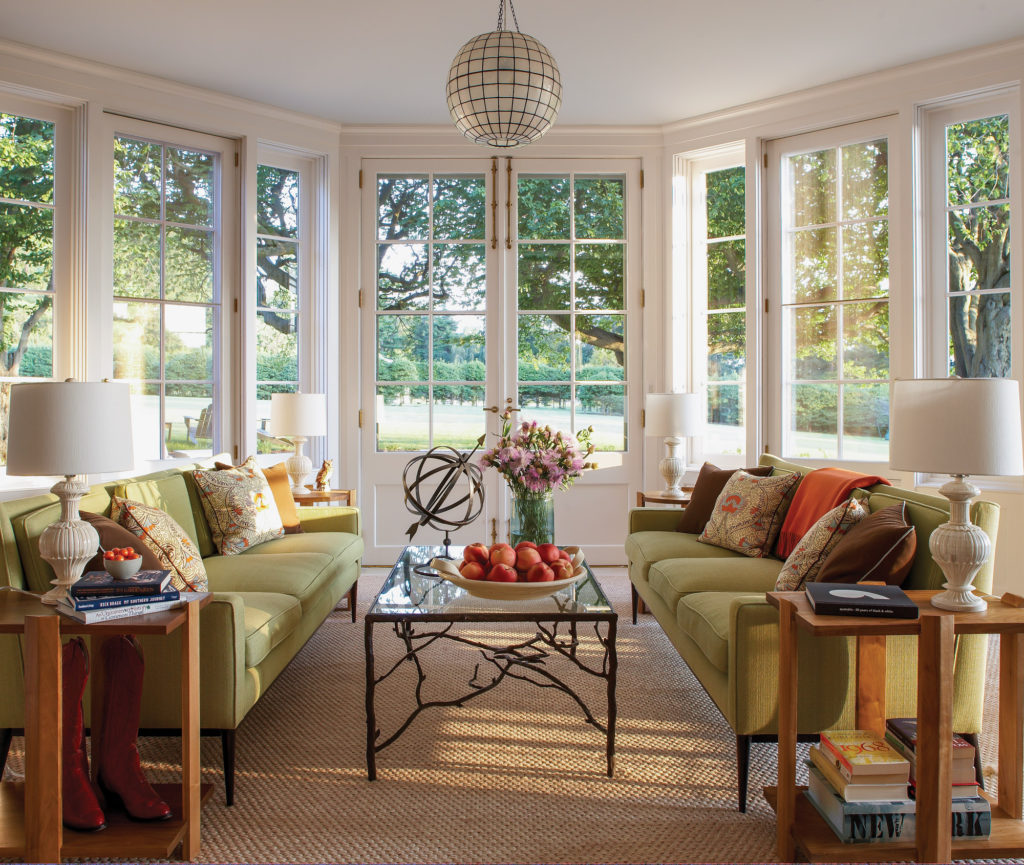 The wing, which had comprised a 1960s yellow Formica kitchen along with a warren of small, low-ceilinged staff and storage rooms, was enlarged and the ceilings heightened to hold a modern kitchen that opens to the family room, a mudroom, a rear family staircase, and a two-car garage. These all are connected to a new wraparound porch facing the rear yard and the existing pool house.

“The rebuilt wing was designed to recall a stone garden wall on its motor-court side,” says principal Thomas J. McManus, adding that all of its new stone was acquired from the same New England quarry as the original. “It looks like it’s always been there, but it houses all the elements of the new program.”

Principal Stephen T. Chrisman adds that “on the garden side, the wing is much lighter in feel. Clad in wood, with exposed rafter tails, it incorporates the arched trelliswork of the pool house (which was restored to serve a new pool). The enlarged front-façade gable, which is more in proportion with the original house, also created space for a larger upper-floor bedroom and became a more substantial base for the new wing.”

Inside the Georgian-style home, the firm reconfigured some of the rooms to create larger family-friendly spaces. The indoor swimming pool, for instance, was converted to a games room, and a small bedroom was transformed into a dressing room for the master suite.

The old receiving room, which contained a coat closet, was repurposed as a wet bar, adjacent to the living room. The third-floor’s staff and storage rooms were removed to create a large gym, and two bathrooms were added to two existing guest bedrooms.

“The contrast between the heavy stone exterior and the light millwork and panels inside creates a beautiful duality between the richness of the stone and the delicacy of the interiors,” says Oscar Shamamian.

The interiors, designed by Ellie Cullman of New York City-based Cullman & Kravis, juxtapose modern furnishings with traditional backgrounds to create light and bright spaces that convey a touch of sophisticated playfulness, reflecting the personalities of the owners.

The living room, for example, retains its original classical-style paneling but is painted white. And the room revolves around the custom billiard table, which is centrally positioned perpendicular to the fireplace.

In the library, where paneled walls are painted in a light color, one of the bookcases was removed to create an arched door that connects to the dining room. “This is a nod toward making the room more family friendly,” Shamamian says. “It also made the room less formal.”

Shamamian says the firm saw its task as rejuvenating the house through a series of small victories—matching the exterior stone, reconfiguring the paneling in the library to accommodate a door, repurposing rooms for modern-day uses, and creating the sympathetic addition. “We felt it was our civic duty as architects to make the renovation perfect and respectful,” he says.

He adds that it has been exciting to see the new owners infuse the house with “a new young spirit—and with a wet bar in the living room and a pass-through in the kitchen.”

It takes a thoughtful team of architects, designers, and craftspeople to create a seamless addition. And Ferguson & Shamamian are masters of the craft.