English art historian Christopher Wood has been a Gothic enthusiast for years. So when he stumbled across an abandoned country Gothic schoolhouse for sale in 1984 in Somerset, England, he knew he’d found the place for his burgeoning collection.

Built in 1857 by C.E. Davies (the architect of nearby Bath) in the Reformed Gothic style, the gray stone building had been a schoolhouse for many years, and later a town hall. Its exterior was sound and structurally intact when Wood found it, but interior woodwork had been painted an institutional pink, and the plumbing, wiring, and heating systems needed to be replaced (or installed for the first time).

Undaunted, the new owner chased bats from the eaves and got to work. Windows were re-leaded, the fireplace unblocked, walls papered, and woodwork painted a more respectable black. To accommodate his family of five, Wood added, to his house with no indoor plumbing, a new kitchen at the back and two bathrooms. Following more than a year of renovation, Wood, wife Rosie, and their three children moved in. 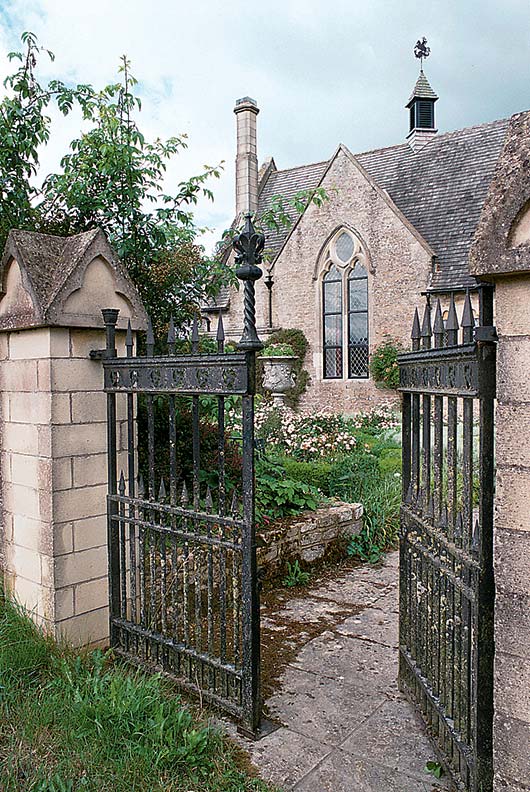 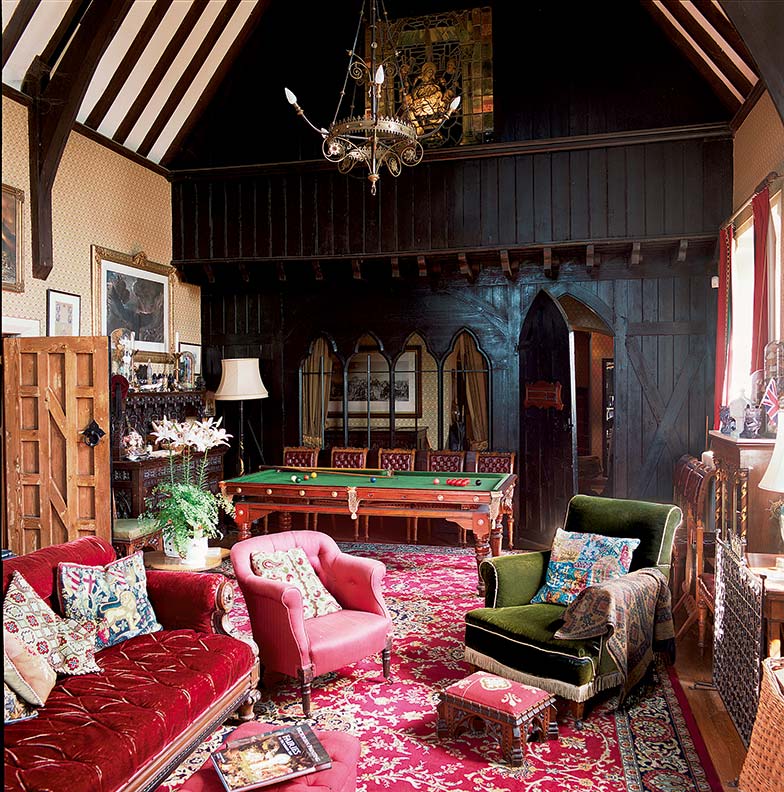 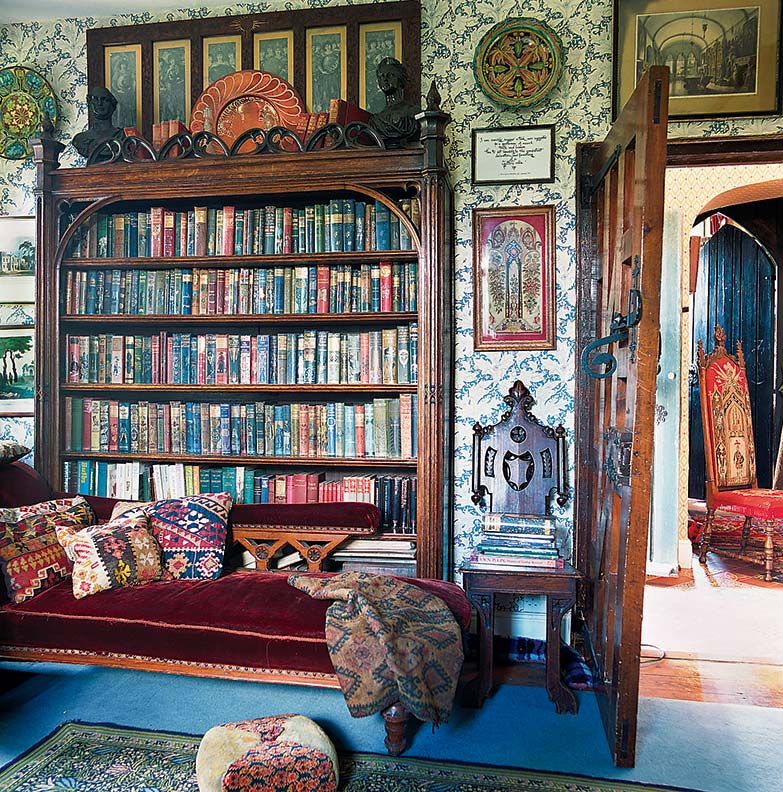 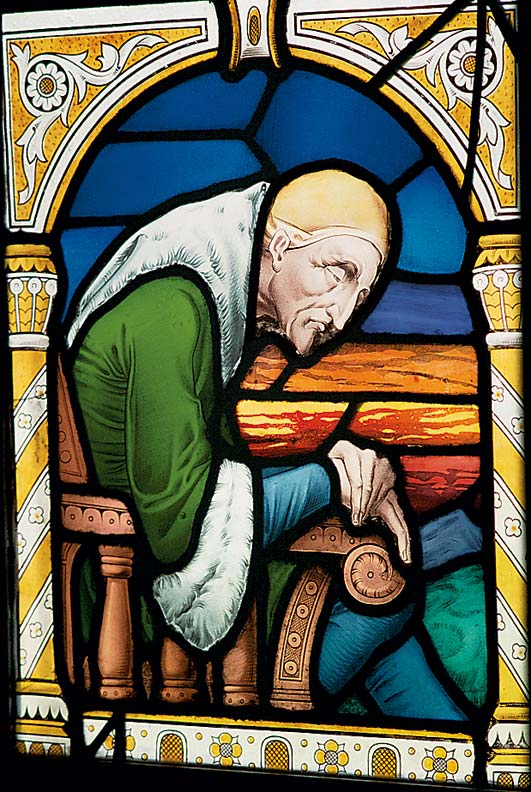 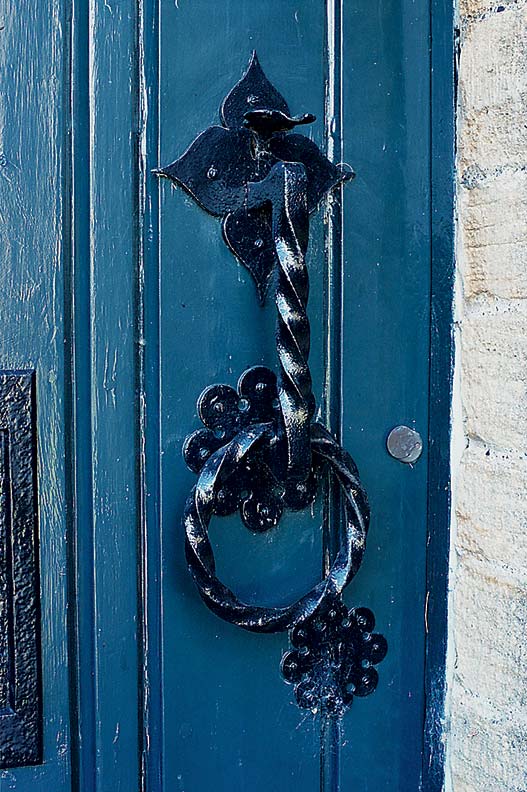 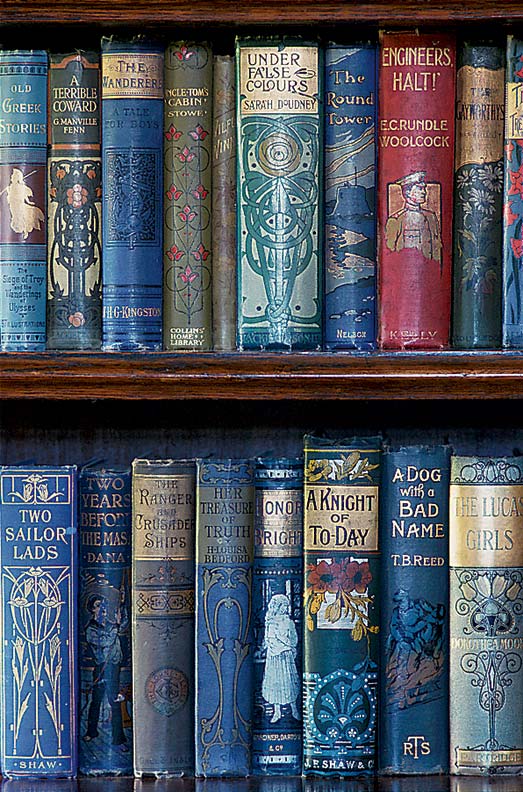 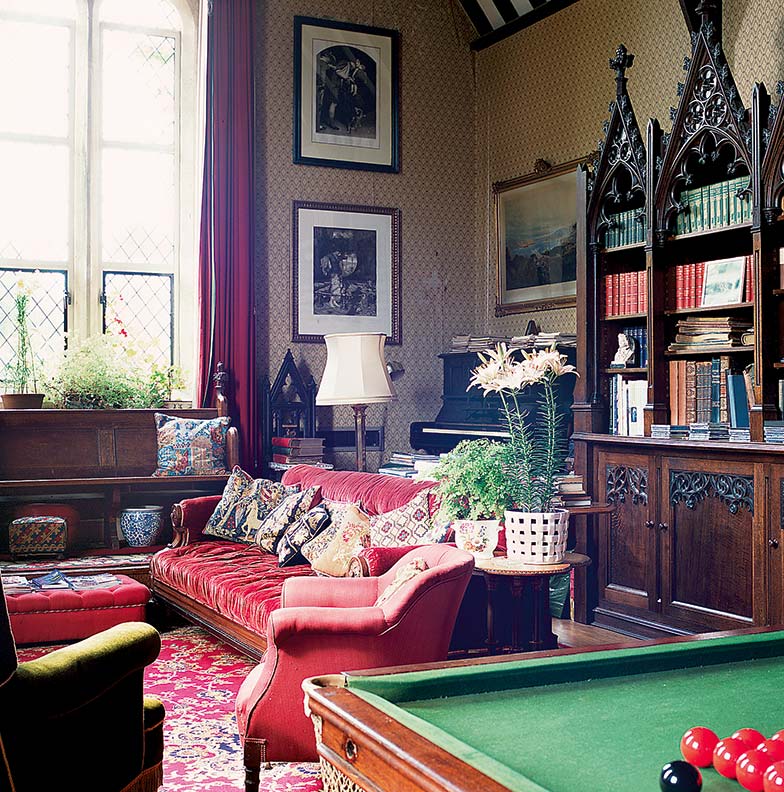 “Having a sense of humor” is Wood’s secret, he says, to keeping his perspective on the Gothic collection. “You don’t want your home to look like a church.” So he has added such lighthearted touches as an American pump organ (apparently from the set of the Addams Family movie). Softening accents include an eclectic mix of comfortable upholstered sofas and chairs, family pieces, and piles of books that overflow Gothic bookcases in nearly every room. Collections of 19th-century art pottery and ceramics complete the warm, inviting interior.

The Victorian schoolchildren’s classroom is now the center of the house. Its vaulted ceiling soars 30′ and is lit by Pugin chandeliers. The room’s focal point is the original, stone-canopied fireplace with a Pugin grate. Daylight streams through the diamond panes in the lancet windows, highlighting a collection of Gothic jugs illustrated with jousting knights, which sits on the deep stone windowsills. Frames covered with crosses and quotations hold oversize engravings of Biblical catastrophes—which, along with a coronation portrait of Queen Victoria, help lend the “properly patriotic and religious atmosphere” to the Gothic room, says Wood, smiling.

Romantic and medieval, Gothic design is often characterized by strong, saturated colors—deep blues and rich reds—and heavy carving. Wood has softened the ponderous style with an Arts & Crafts color palette in his study. Once the schoolmistress’s room, it has 1880s-vintage William Morris curtains, Morris-design wallpaper from Sanderson, and the richly colored “Lily” carpet by Morris. Prints by Pre-Raphaelite artist Burne-Jones hang on the walls. The Gothic bookcase here is filled with colorful “school prize” books of the 19th century, given out as awards for classroom competition—an especially appropriate collection.

The Gothic theme continues throughout the house, from encaustic tile in the entrance hall to a medieval-style lustreware charger by William de Morgan propped on a bathroom windowsill. Softened with humor and an Arts & Crafts sensibility, the Gothic house is not to be taken too seriously. And that is how you get Gothic right.