The hall christy house is a Dutch colonial dwelling of 1747. Boarded up and forlorn, it was adopted, then dismantled and moved by Lynne and Kevin Denton. Lynne had wanted the house for years, and finally realized her dream when a gun club acquired the property but had no interest in the little structure. Even after the sale was underway, years slipped by before the hunkered-down building could be dismantled and re-erected in New York’s Hudson Valley. The Dentons sited the house in the middle of the field rather than at roadside, planning a long, leisurely approach that left the modern world behind.

During restoration, a new kitchen was built in what was the only corner of the house that had plumbing. The kitchen was purposely kept small, but designed so that it could be expanded in the future. This is the house that hosts family Thanksgivings, so Lynne did find space for two ovens.

The partial wall with a pass-through is meant to look like an old tavern room. Its upper portion hides plumbing for the bathroom above. The lintel over the cooktop had rested in one of the old firebox interiors, and code did not allow its reinstallation during reconstruction. Each of the lintels, mantelshelves, and so on found a place in the reconstructed house. The small nine-light window is a replica of the original from this spot, refitted with the original glass. The cherry countertops are made from large boards found stored in the attic. For the paint color on new kitchen cupboards, Lynne matched the original grey-green paint color of sheathing in the hallway.

The kitchen has a cozy eating area on the other side of the pass-through. Besides an old cupboard and tavern table, the space is furnished with a decorative paint-grained cupboard. “I designed that cupboard,” Lynne says, “had my carpenter install it in pine, and then I did the graining—my very first project—to imitate tiger maple, burl, and ebony.”

Like so many old houses, theirs features frequent steps up and down between rooms. The interior is a maze of spaces, with narrow hallways leading from one room to the next. Beyond the eating area, two steps lead into the grootkamer (large room), a multi-purpose room added in the 1760s. The Dentons use it as a formal dining room.

The kitchen countertops of brick-color 4×4 ceramic tiles were cued by the brick courtyard just beyond the kitchen door. These ancient houses tend to be dark and close. Lynne Denton has created wonderful outdoor dining areas and gardens, extending the house’s floor plan. A white garden is directly across from the kitchen window. 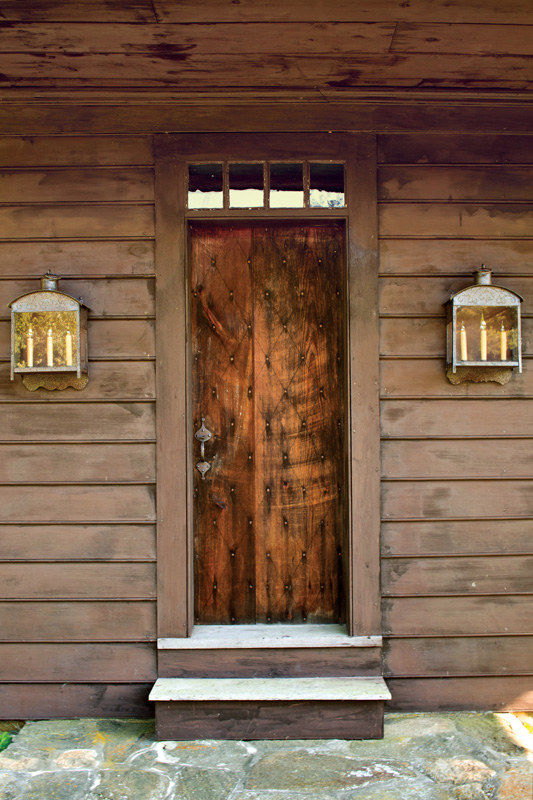 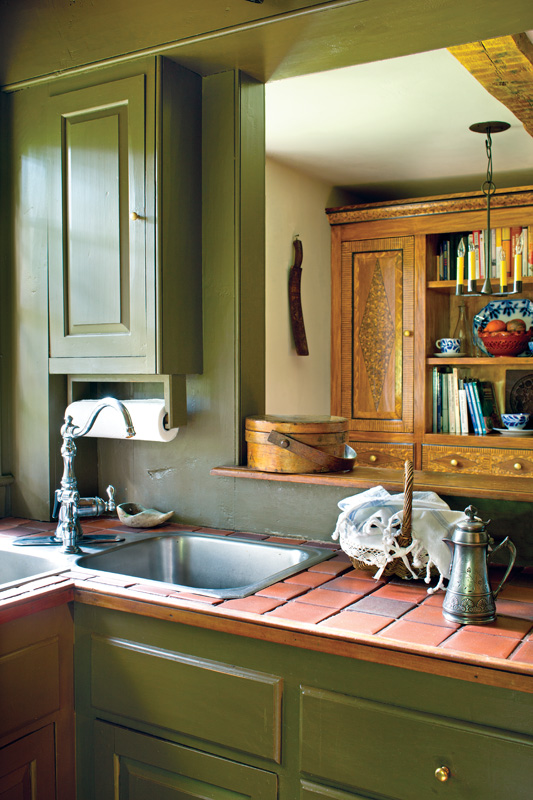