One word comes to mind to describe the approach taken by Carol Polanskey and Martin Ratliff for their restoration: scientific. Beginning in 1992, these committed homeowners used their analytical experience—both are rocket scientists—to take restoration to a higher level, researching the era and looking for evidence on site. The result is a house that glows.

Passersby inevitably slow down to take notice of the 1909 chalet–bungalow. Its Craftsman-era piers of arroyo stone and clinker brick fit right in with other houses in Pasadena’s Bungalow Heaven Landmark District. But the exterior has “more action” than a typical bungalow, with steep gables and dormers, and stickwork that recalls late 19th-century Swiss chalets. Details are all the more evident with the polychrome paint scheme. (Despite many friendly knocks on the door, the colors chosen are a secret so that the house remains unique.)

A transitional nature is apparent inside, too, where entry is through a relatively large and formal foyer. The superb woodwork found throughout the house starts here, with a wainscot, staircase, built-in bench, and colonnade of stained and shellacked Douglas fir.

Living and dining rooms have a beautiful interplay of warm colors, authentic period furnishings, and original woodwork. A bold motif repeats: the peaked lintel over windows outside also frames doorways on the interior. Inside, the header is pierced by arrow-top stile extensions that look like through tenons.

The woodwork, which could be overbearing with white walls, has become the house’s strongest asset, owing to the owners’ paint-color choices and—they were amazed to discover—their embrace of wallpaper. Carol admits to having disliked fussy, papered walls. But, during an early restoration phase they dubbed “the white abatement program,” they say the house told them it had to have wallpaper. When they moved in, the interior was cold and uninviting and, scientists that they are, they had an explanation: Human eyes adjust to the brightest thing in the space; if that happens to be a white wall, the woodwork will look featureless and dull. Moody colors complement the dark wood trim, showcasing the wood’s grain and sheen and bringing it depth. The room becomes more cheerful.

Prepping for a bedroom paint job, the couple was surprised to find distinct layers of wallpaper on the walls, each paper from a different era. Martin and Carol slowed down to take note of individual layers, to experiment with various removal techniques, and to carefully save samples. It was the living room, however, that “really got the restoration juices flowing,” says Carol. This room had seven layers, one a leaf pattern that captured their fancy. They halted the project, meticulously photographed the paper on the wall before peeling it off, and eventually plan to have the pattern reproduced for use in another room. They went through a similar process in the dining room and first-floor office near the kitchen. “We’ve become wallpaper archaeologists,” Carol laughs, as she points out foam-core boards with vacuum-pressed samples attached. “We realize that this house has a true relationship with wallpaper.”

Precise and logical restoration came into play elsewhere, too. During the design of the new shade structure adjacent to the rear of the house, the couple agonized over how to be sure its stone piers would look authentic. On neighborhood walks, they scrutinized porches, even measuring grout thickness and depth, the clinker-to-rock ratio, how the clinker bricks were massed, and the distribution and size of the rocks. Then, using an Excel spreadsheet to chart their findings, they discovered that old masonry shows a wide distribution of color and size of rocks, while new masonry is more uniform. The craft of masonry was evident when the couple deduced that the grout tended to be about “two knuckles deep” and the distance between the rocks was always the width of a finger. Yet a rooftop feature of the new structure is hardly original: “Rocket scientists love solar panels!” Martin jokes. 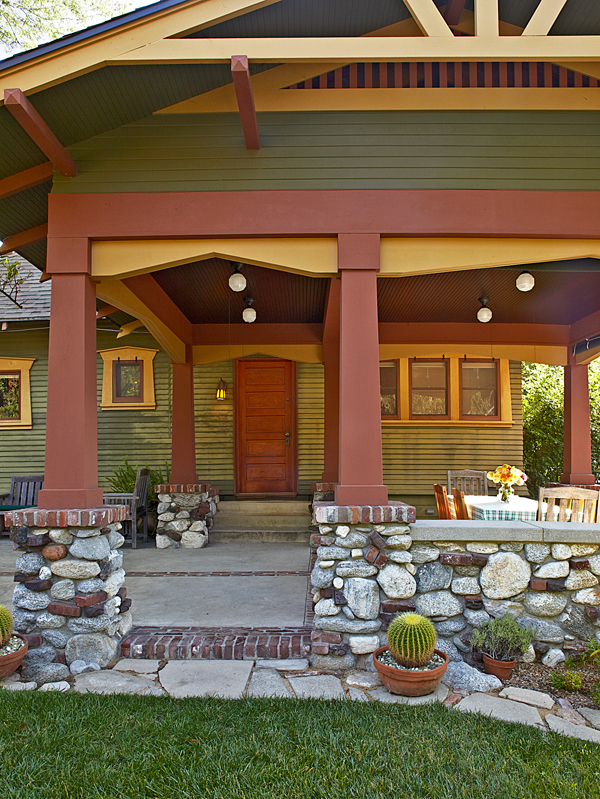 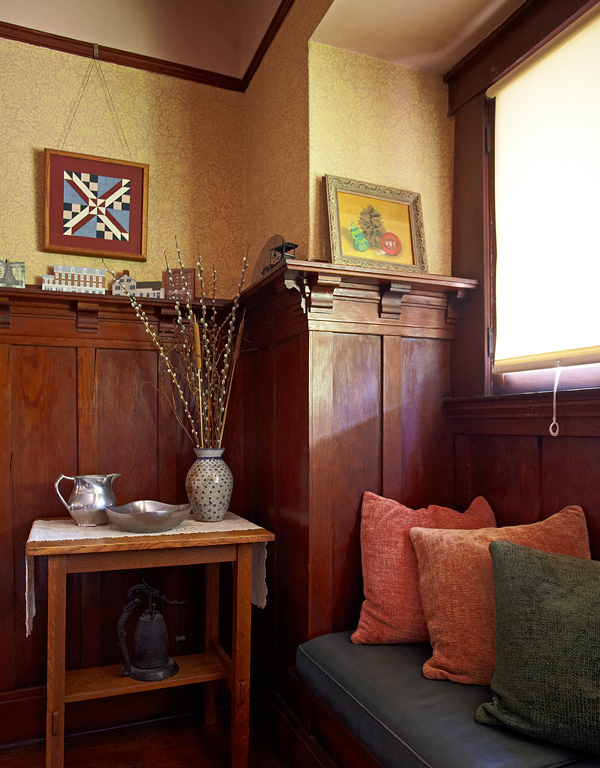 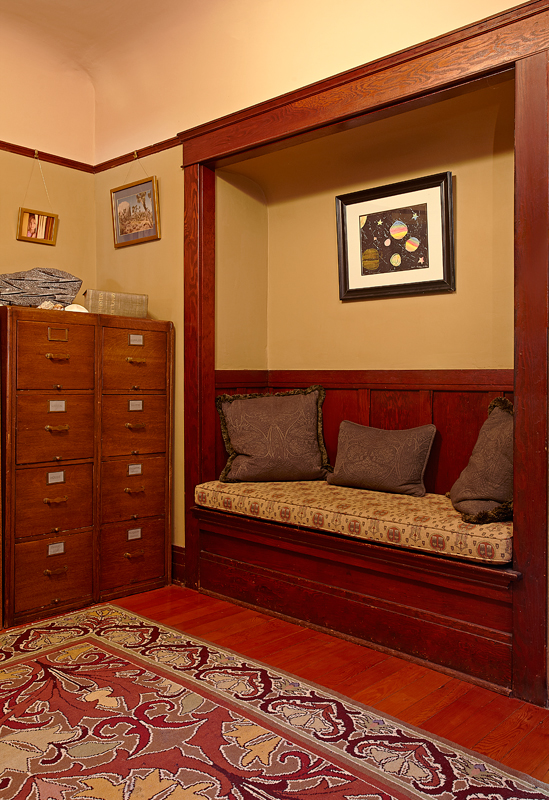 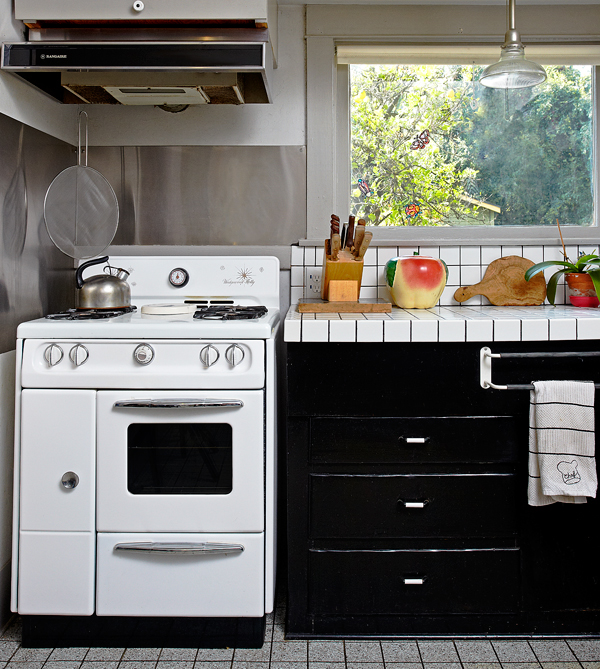