From the beginning, Helen Raynham loved the old-world feel of her circa-1900 Queen Anne in Winchester, Massachusetts. “It had a turret and a leafiness around the building. I remember going inside and seeing a window with sheer curtains blowing in the breeze—very Victorian—through which I glimpsed the trees outside,” she recalls. Helen and her husband, Richard Colvin, also appreciated the building’s location near the center of town on a quiet, established street. But the house wasn’t a perfect fit for the couple and their three children.

While its two and a half stories boasted nearly 6,000 square feet, it had been built as a double, intended to house two families. And its exterior was ensconced in aluminum siding, bereft of the architectural detailing so prominent on the other fine, fancy Victorian buildings in the neighborhood. “The house had a lot of potential and the space seemed great,” says Richard, “but it hadn’t been well-maintained for a long time.”

The couple knew it would take a major overhaul to create the house they wanted for their family’s home. So they turned to Mathew Cummings of Cummings Architects to help them transform the drab duplex into an up-to-date single that pays homage to its neighborhood’s roots. 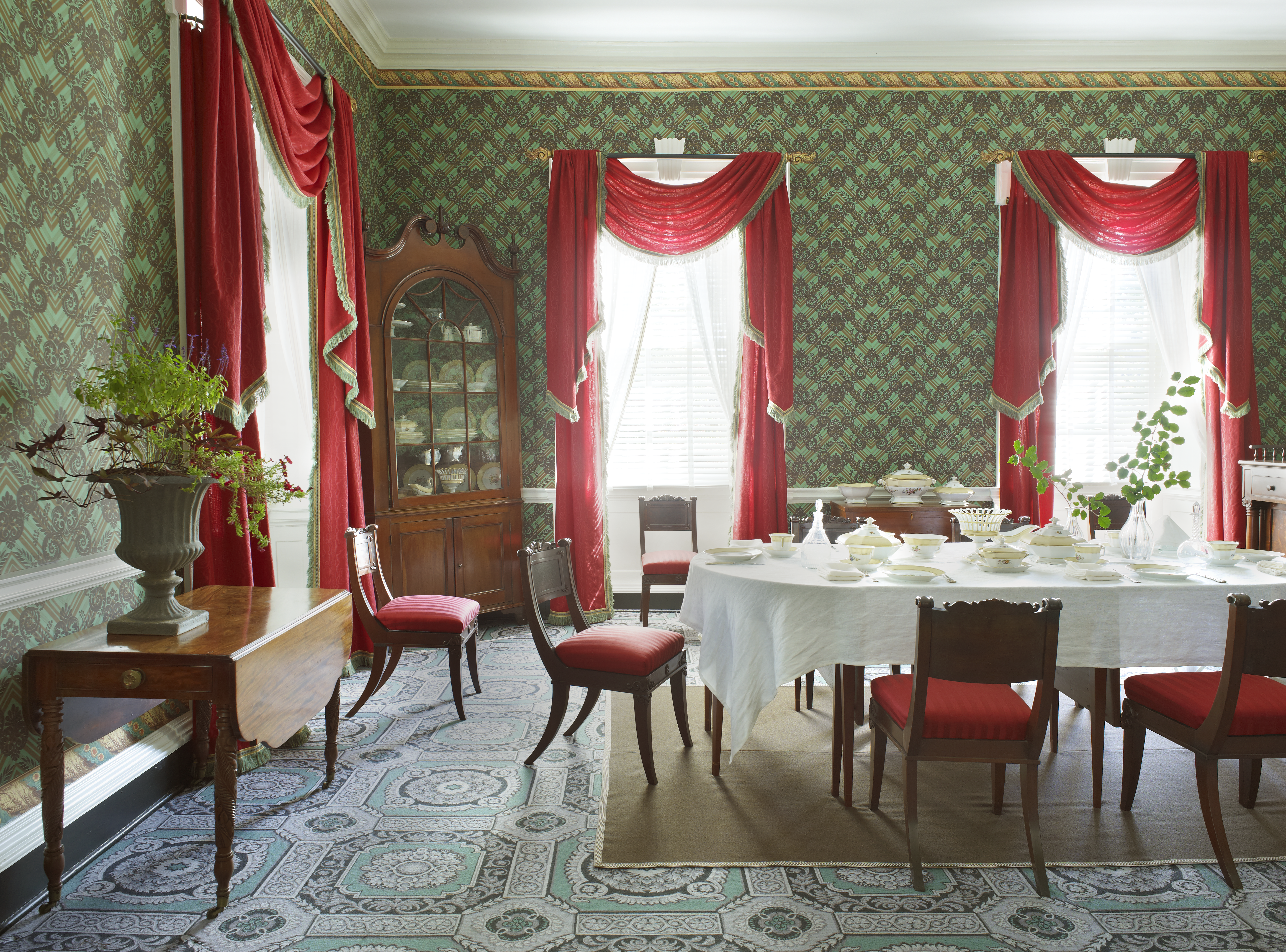 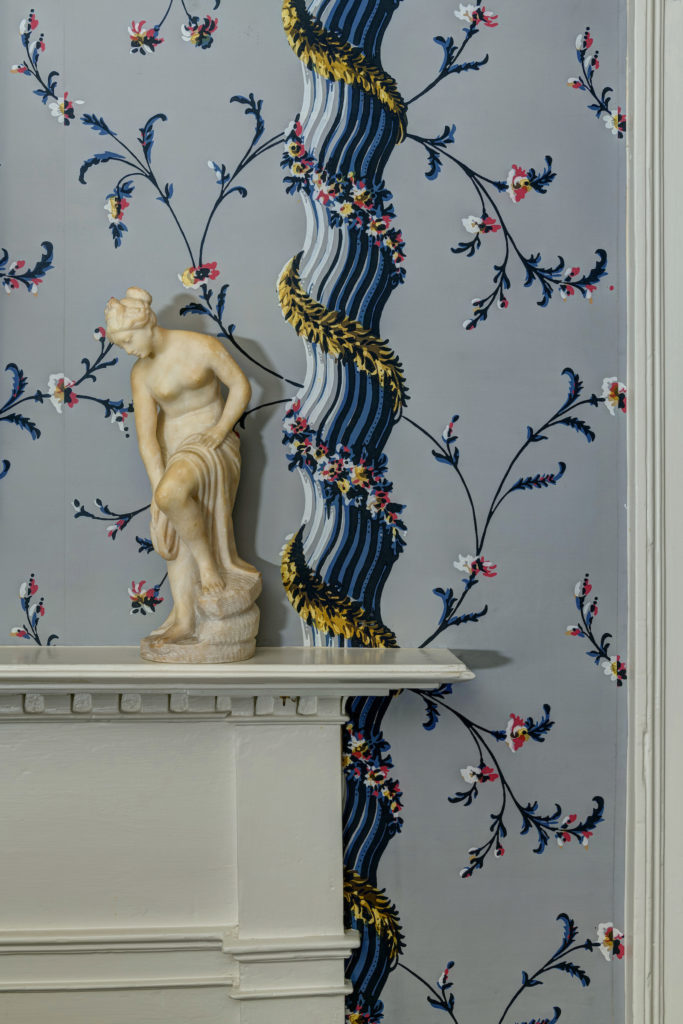 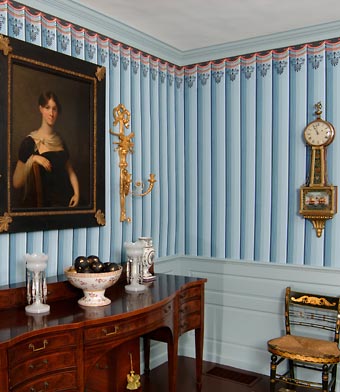 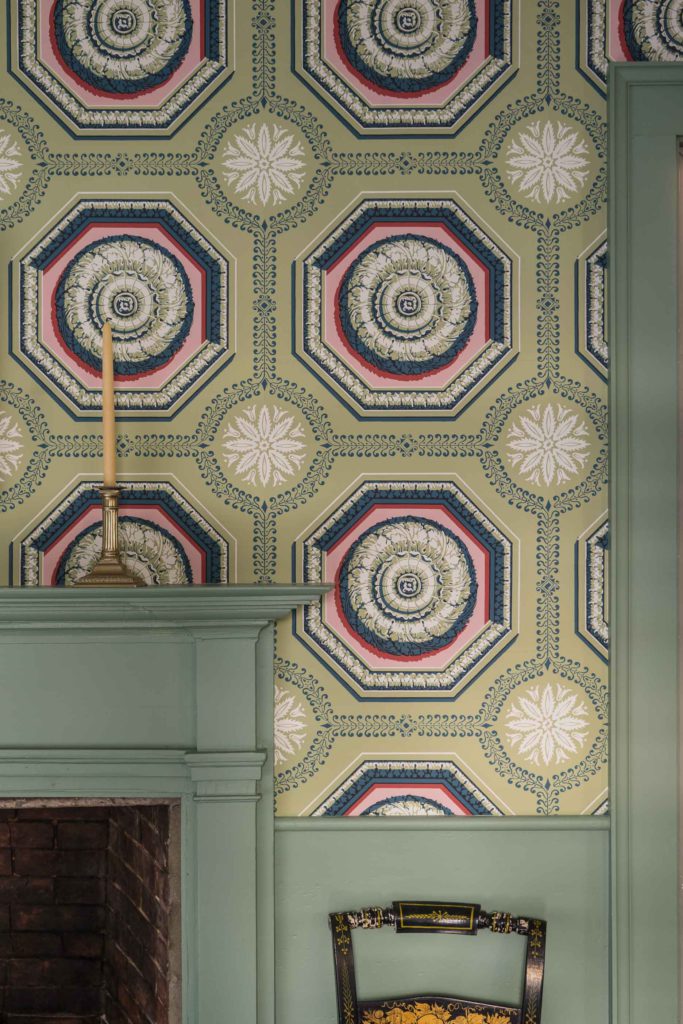 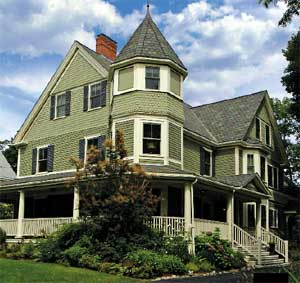 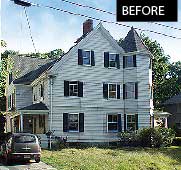 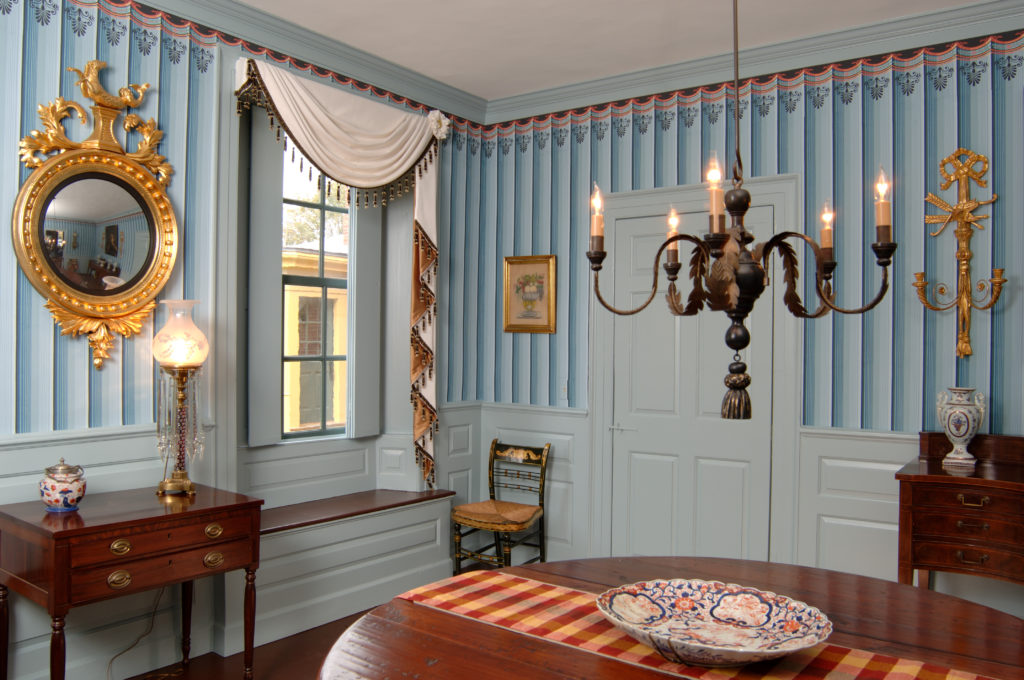 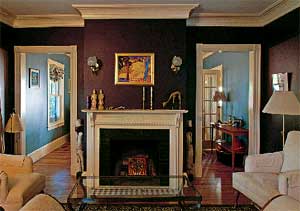 The challenges began at the front door. “The house was cut right down the middle, with an egress on each side, so we had two main entries we had to connect,” explains Mat. The building also sat further from the street than its neighbors, which made it seem disconnected from the rest of the neighborhood.

To create a more appropriate and inviting entry, Mat extended the two side porches into a big wraparound typical on many Queen Annes, and added a front porch gable. “The wraparound porch brings the façade closer to the street,” he says, while the gable, with a custom-designed scrollwork decoration, points visitors to the new front door. To further help the front façade, Mat added a beefed-up balustrade. “The handrail fits the era, but it’s intentionally large because we’re trying to break down the scale of the house from the street view.”

Inside, two separate homes were thoughtfully blended into one, keeping original staircases, mantels, and double French doors, but reworking many other details to create both public and private family spaces.

In the kitchen, for example, the couple knew they wanted a combination of living and cooking areas. So the floor plan evolved into a space that was bright and defined, yet visible from adjoining rooms.

On one side, Mat used a half wall with columns as a divider to facilitate easy views and a sense of connectedness, while a centrally located island serves as a gathering place.

“In first period homes, the fireplace was where people gathered. This island is like the first period fireplace—everything revolves around it,” Mat says. “I love the kitchen; it’s the whole focus of the house,” adds Helen.

Two walls were removed to create the new space—something Mat rarely recommends—but in a nod to history, their imprint remains in the bottom of the half wall and as a dark border inlaid in the kitchen’s new wood floor (which matches originals in other parts of the house). “If the first homeowners walked in,” says Mat, “they could see 100-year-old layout behind the new one.”

It would also be easy to recognize the previous lives of the dining room and den, since they began as mirror-image spaces with matching fireplaces along a common wall. New doorways now flank the fireplace mantels, connecting the rooms and facilitating easy access between the two. “We wanted to create a nice, era-appropriate opening between the rooms,” says Mat. “Now if you want to sit down in the den after dinner, it’s easy to do.”

The den’s lighting selections, like those in the rest of the house, match the architecture and help define the room. Its turret boasts a chandelier that hangs low, inviting visitors to sit down and get comfortable in the cozy space.

“Once we have a feel for a house, we use lighting to embellish areas,” says Mat. Likewise, recessed lighting appears only in the kitchen and the family room. “We never use recessed lighting in the public spaces of historic homes,” explains Mat, “only sparingly in family places. Recessed lighting has every opportunity of ruining the architecture.”

Such thoughtful attention to details extends outside the house, too. The rear yard, reached via French doors through the living room, boasts a pergola that echoes Victorian-era garden features, while allowing plenty of light to filter into the back rooms of the house. The pergola helps soften the home’s rear view, which was also initially out of scale.

“The beginning house was very boring, and certainly not deserving of the neighborhood,” says Mat, referring to the surrounding mix of Second Empires, Queen Annes, and Stick- and Shingle-style houses. So Victorian-era exterior detailing was added via some Stick-style ornament and shingles in the gables, and the addition of shutters on second- and third-floor windows.

“We wanted to preserve the existing window locations, but too much of the home’s exterior was taken up by siding. Shutters help make windows look bigger, bringing the house down to a more human scale,” he explains. Architectural styles were evolving so quickly during the Victorian era that these houses can have a little bit of several different styles thrown in, says Mat. “It’s kind of like making chicken soup; you can mix different things together and get the flavor you want, as long as you use the right ingredients.”

Helen used a similar approach in furnishing and finishing her home, pooling a team of talented professionals that included interior designer Jean Verbridge, landscape designer Laura Kuhn, and interior and exterior color consultants Bonnie Rosser Krims and The Color People. “I believe a lot in designers,” she says.

In the end, the blending of styles and specialists paid off; the couple is quite happy with the way the house has turned out. “We wanted to make a comfortable home where our family could grow up, a fine Victorian house that fit in with the character of the neighborhood,” says Richard.

Helen agrees, but her favorite parts still seem to revolve around that turret—the one that made such a strong initial impression. “We have a treadmill inside the turret on the third floor,” she says. “You can run there with almost a 360-degree view, which is fabulous. It does shake the chandeliers a bit…but not too much.”