Back in the early 1920s, when Seattle architect Roy D. Rogers was designing a Tudor Revival home for lumber magnate Henry Hilke, the style relied on a medley of features for its nostalgic appeal: decorative half timbering, cross gables, a steeply pitched roof, stucco, and over-sized chimneys. One feature considered mandatory? Picturesque groupings of multi-light windows. Rogers complied, but only on the street side. The architect had sited the grand new home on a high bluff in the secluded Magnolia neighborhood of Seattle. The rear view is a stunning 180-degree panorama of Puget Sound. Here Rogers broke with tradition by calling out large uninterrupted panes of glass—still a novelty at the time—instead of smaller windows.

The story picks up nearly a century later with the same view and a different architect, Howard Miller of The Johnson Partnership in Seattle. Miller was called in by new homeowners Kim Williams and Rob Williamson who wanted to capture the full view from their master bedroom . . .by removing a fireplace. Miller was sympathetic: “The house was built in a totally different era. It gets tremendous winds and needed a fireplace. Today, a fireplace is purely an aesthetic choice.”

Still, Miller was unwilling to sacrifice the fireplace with its original Batchelder tiles. Removing it would also disrupt the two other fireplaces on floors below, and disturb the Tudor exterior’s visually important chimney. He set out to find a better solution. Stewardship characterizes Miller’s approach to projects large and small. As he adapts the architecture for a client’s lifestyle, he consciously preserves “the original design intent and style.”

In the end, the old master bedroom was repurposed as a sitting room. Capturing space from elsewhere on the floor for a new bedroom, he extended the existing dining room bay window upward into the second floor. The new master now has its own bay window with an expansive view of Puget Sound and the Olympic Mountains.

A quest for better views also drove renovation of the kitchen. Miller restructured the floor plan and expanded the room slightly with a three-foot extension; now the entire room looks out over the water. He designed a new banquette with a custom walnut tabletop, which gives the room a dash of period charm. Handsome pocket doors open into the dining room.

The library, too, was reconfigured. By removing doors that led to the front entrance and an unheated sunroom, traffic flow was improved and books protected from drafts. Under the direction of interior designer Jennifer Randall, ASID, the library became a cozy retreat. Architect and designer have partnered in the past: “We make a good team,” Miller says. “It doesn’t matter what style of house . . . Jennifer is able to bring a refreshing sense of color and space to the project.”

Randall’s approach, similar to Miller’s, reflects responsibility to the house itself: “You have to work with a client’s style and taste. But the architecture is our second client and I try to make things compatible between taste and architecture.”

Here Randall took her cue from the original Batchelder tiles of the fireplace and the homeowners’ Stickley furniture. She designed custom built-in bookshelves, wainscoting, and a mantelpiece. With the Bradbury & Bradbury wallpaper frieze, the warm-hued room has a comfortable Arts & Crafts vibe. “The clients were interested in keeping it all period,” she confirmed. “It was good for the house.”

Williams and Williamson were therefore amenable when Randall chose a bold black-and-gold William Morris wallpaper as the starting point for the main floor powder room. An integral-color concrete-tile floor and a black ceiling heighten the drama. Howard Miller designed a tiled arch-top mirror that echoes other arches already in the house, completing this little jewel box of a room.

Jennifer Randall directed redesign of the other bathrooms, as well. The serene second-floor bath, with its hex-tile floors and subway-tile wainscot, looks as though it has always been there. So does the master bath with its original, deep soaking tub, double-pedestal lavatories, and another delightful Morris paper.

Howard Miller converted the partially finished third floor into two home offices that can double as bedrooms. There was an existing bathroom up there, a 1950s original with gorgeous and unapologetic blue fixtures. Jennifer Randall designed a perfect tile floor of the period.

Stained glass throughout the home is the work of owner Rob Williamson, who took classes on Bainbridge Island, where he and Williams used to live. “I love Frank Lloyd Wright,” he explains. “Often I create a pattern like something Wright might have done.”

The year-plus road to renovation was not without its hurdles, caused largely
by what Miller calls, with discretion, “deferred maintenance.” Asbestos, rot, water issues, and cracked stucco all took a toll. But the clients were, Miller says, “a treat to work with. They made decisions to do it right. The house has a great personality and presence on the street, and we all wanted to preserve that.”

Although his first priority was to bring the 1924 Tudor into the 21st century with respect for the vision of its original architect, Howard Miller did want to create something of his own. Miller’s legacy is a forced-perspective hallway on the second floor. Forced perspective is an ancient architectural technique that tricks the eye by creating an illusion of depth or height. “I spent a semester studying architecture in Rome, and I found the forced perspective there charming.” By manipulating the walls in a hallway that includes three linen closets, he created an optical illusion of depth. Now the master suite seems far away at the end of the hall, its own very private space. 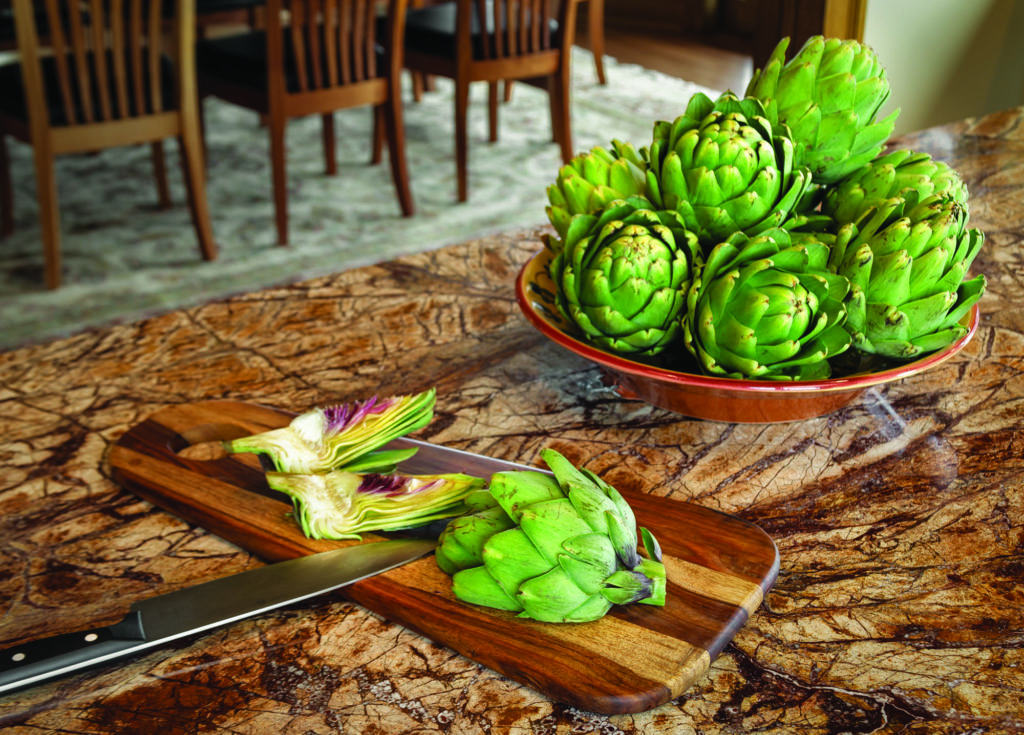 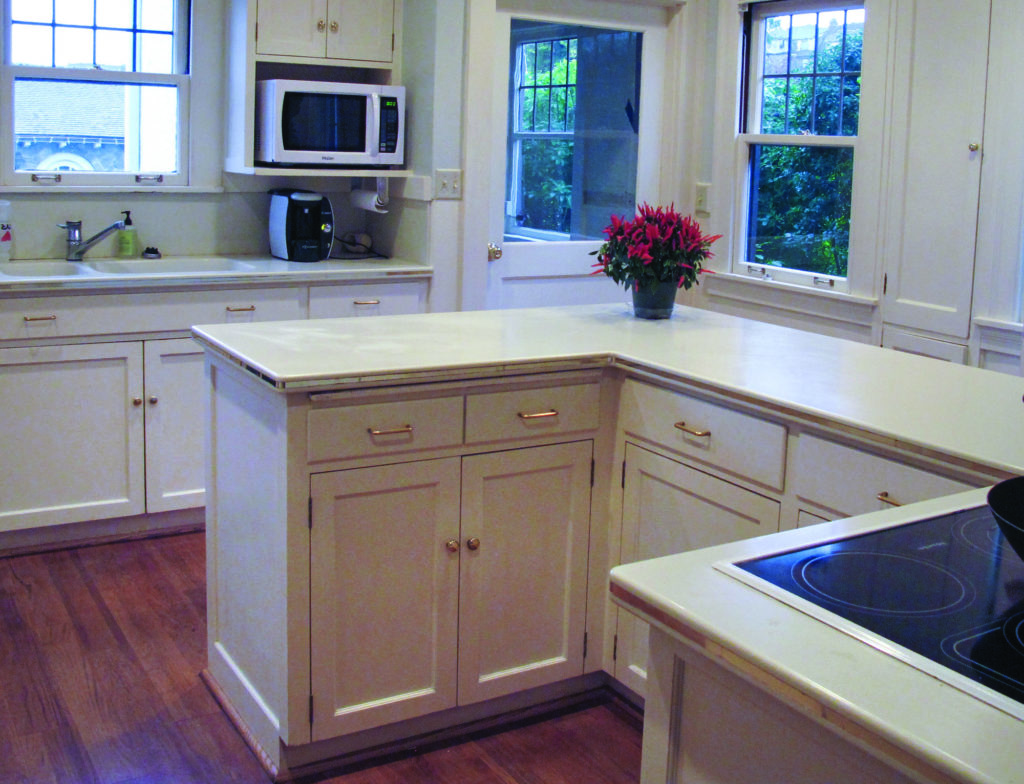 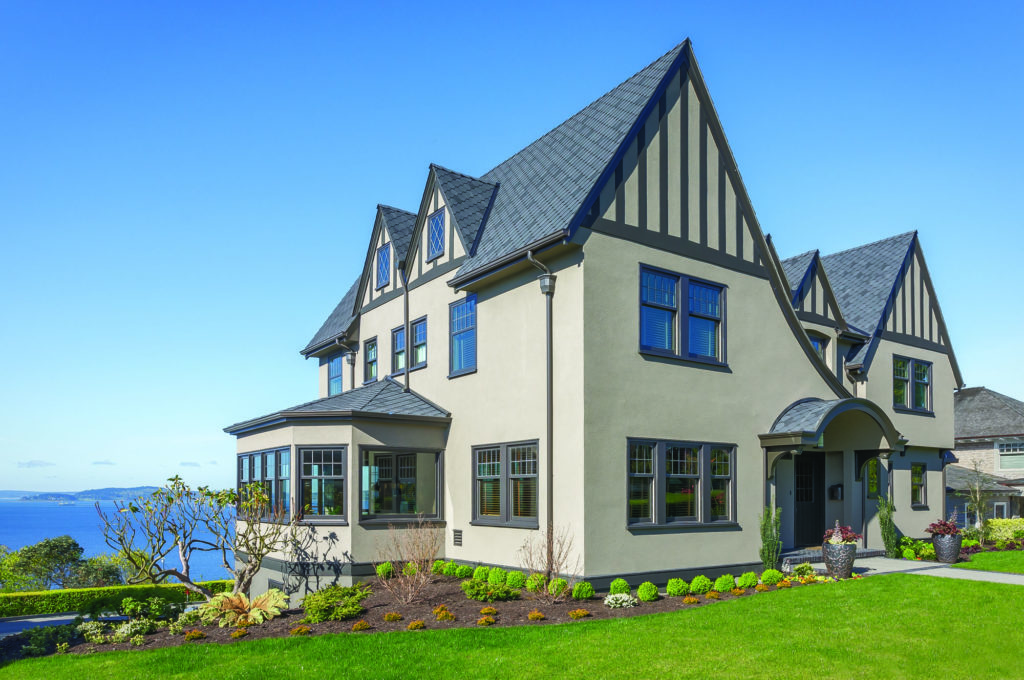 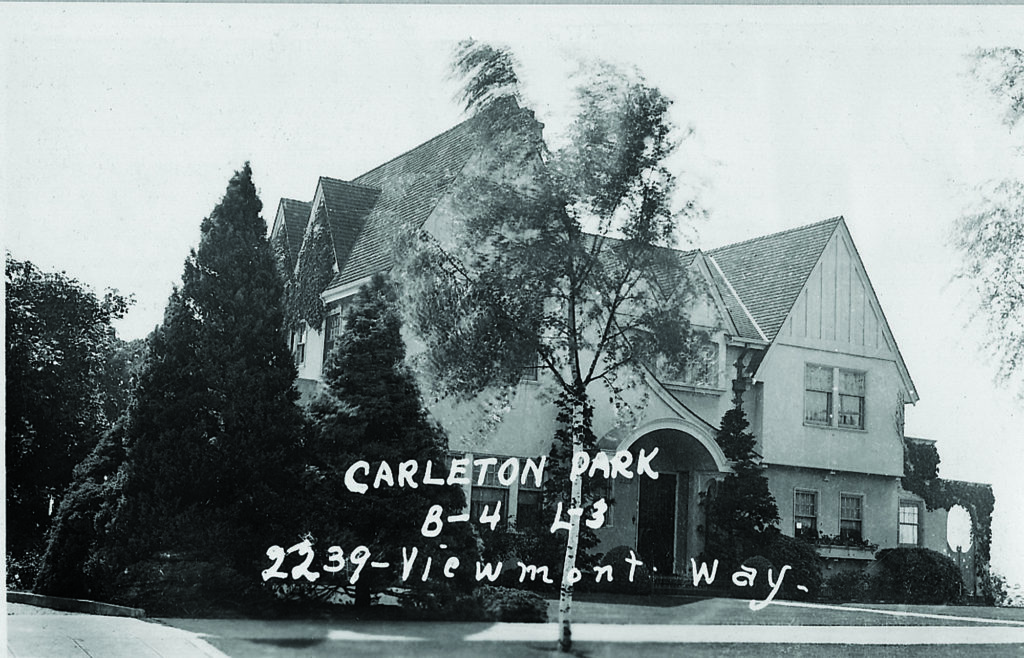 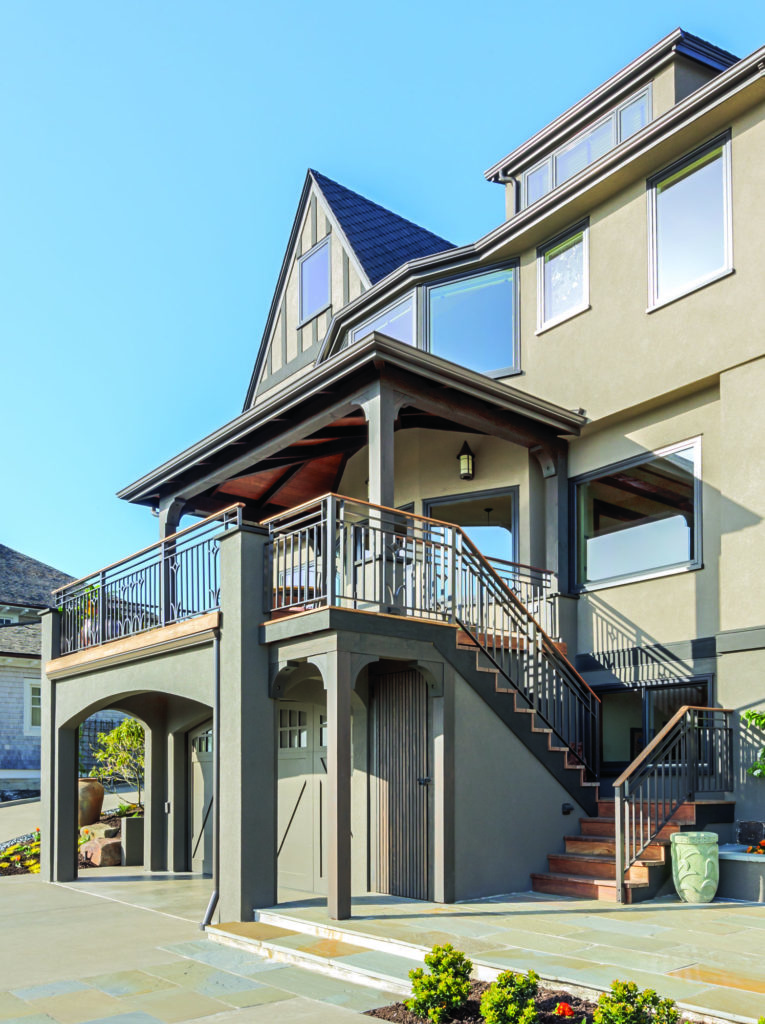 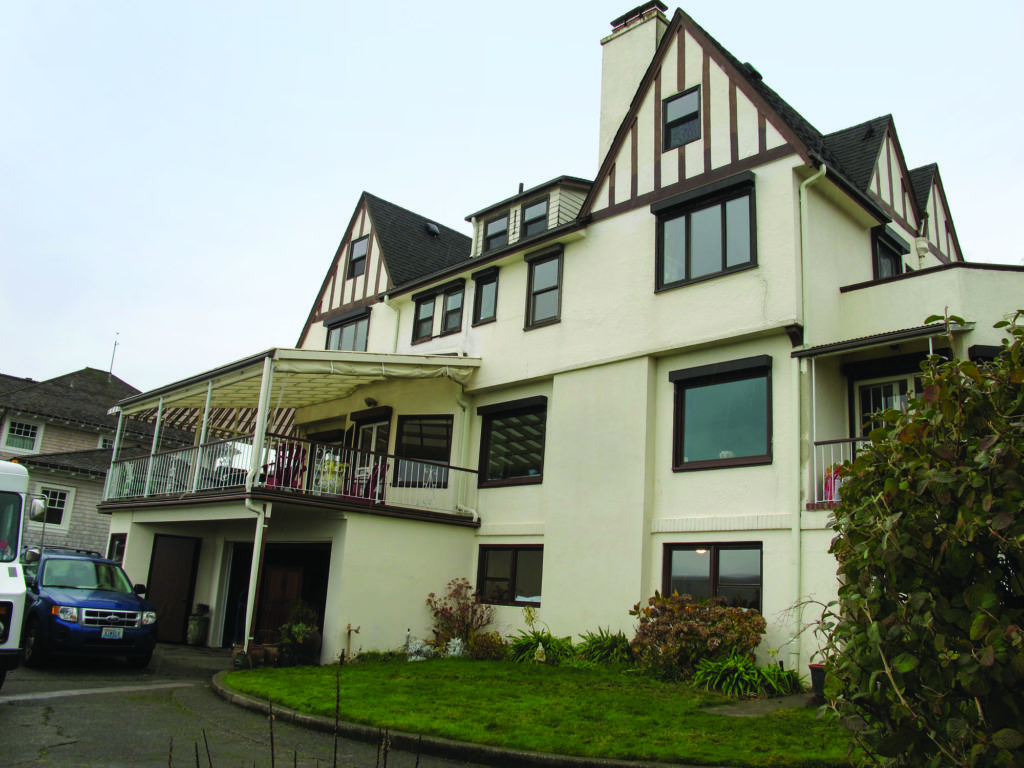 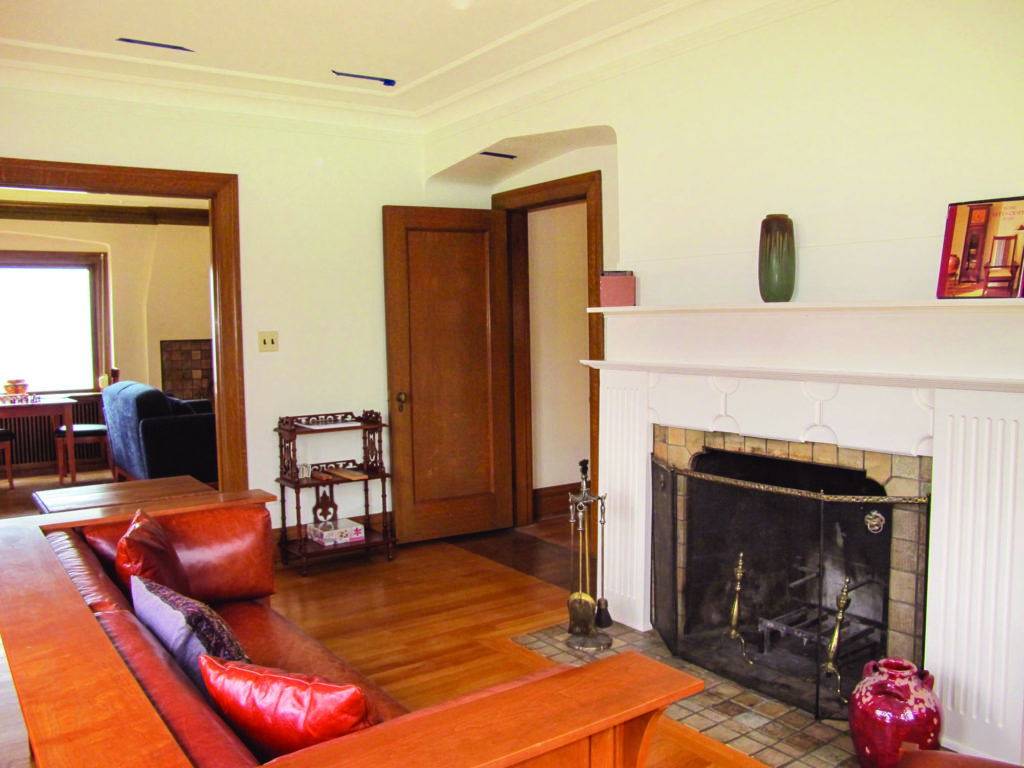 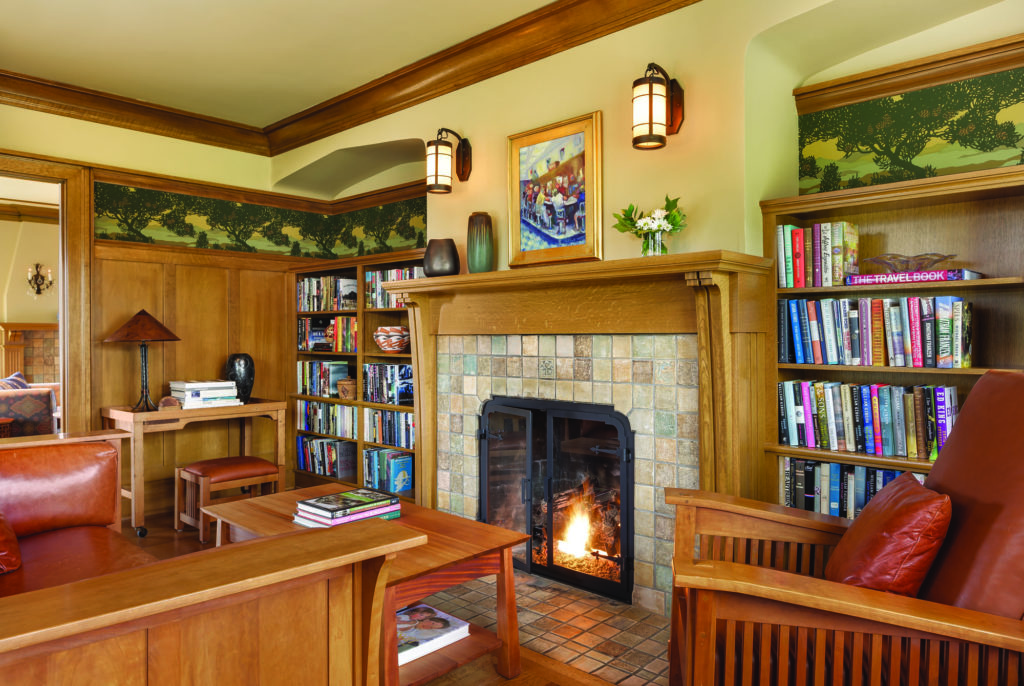 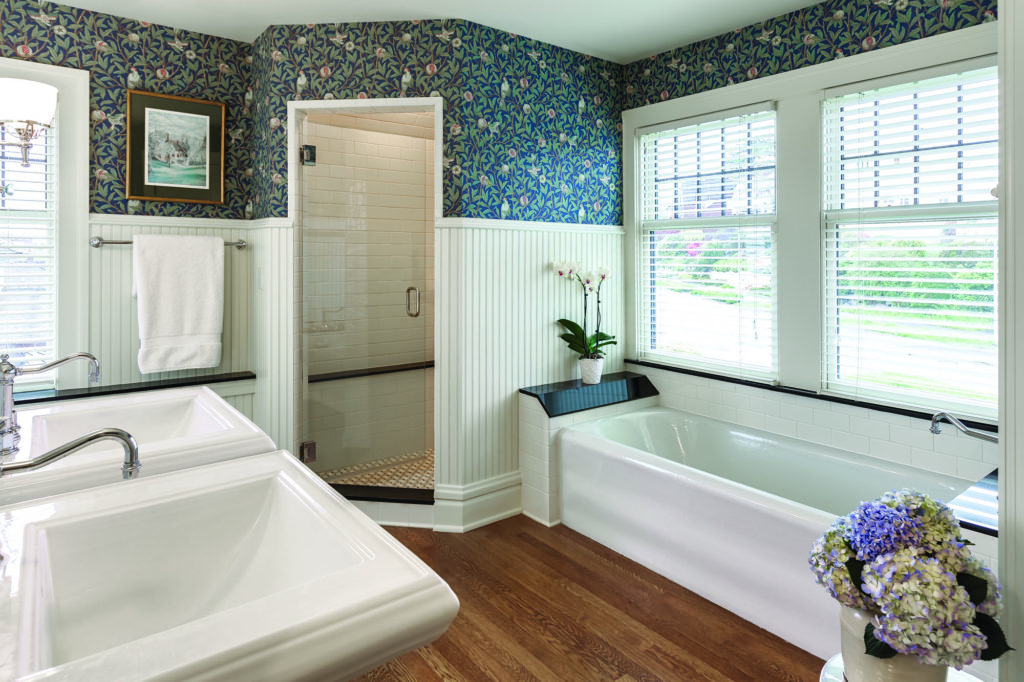 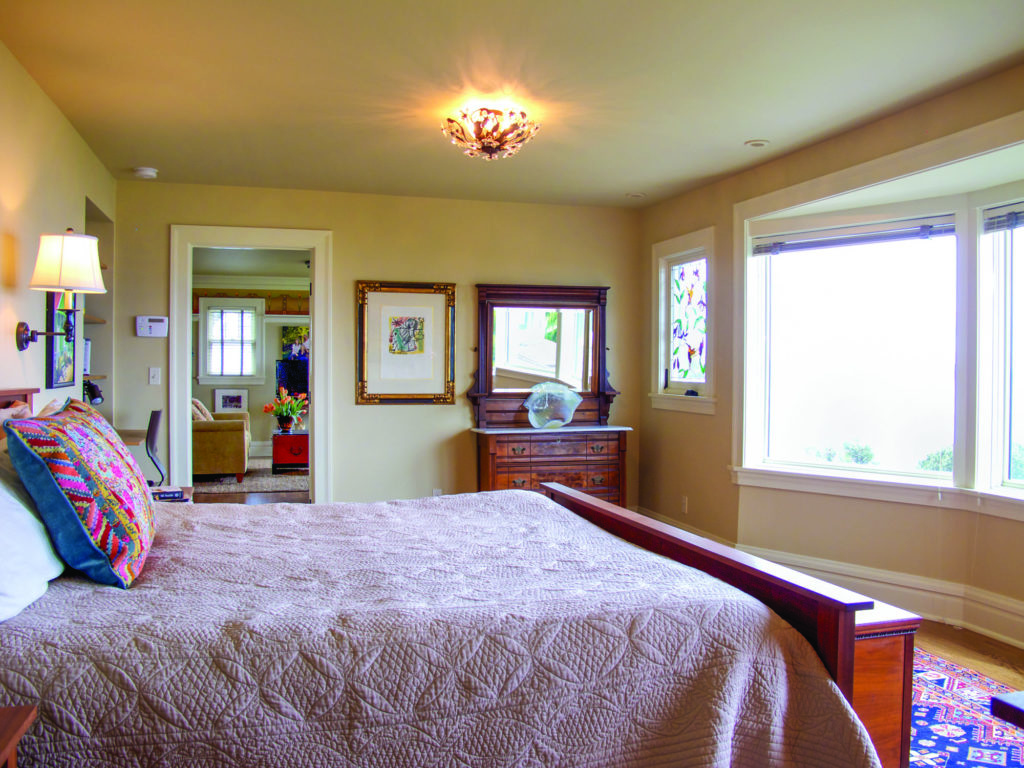 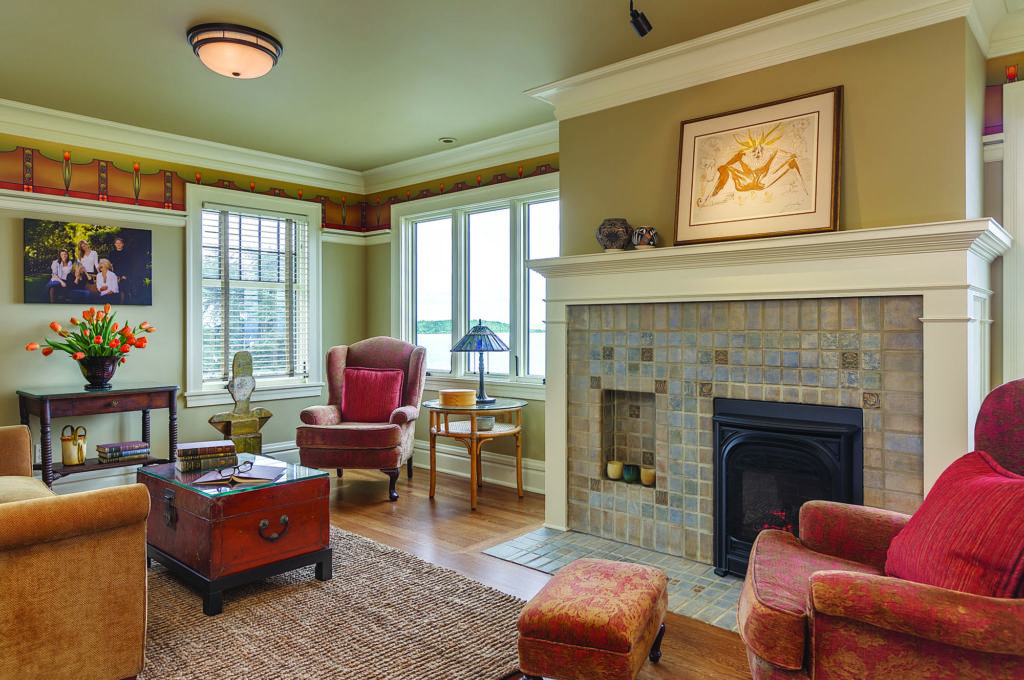 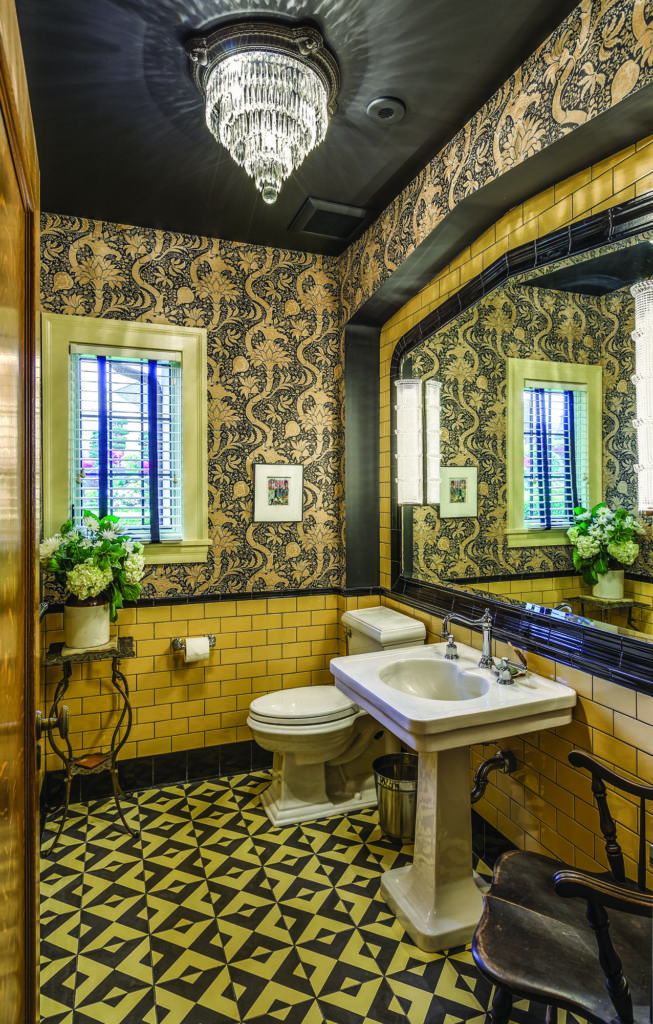 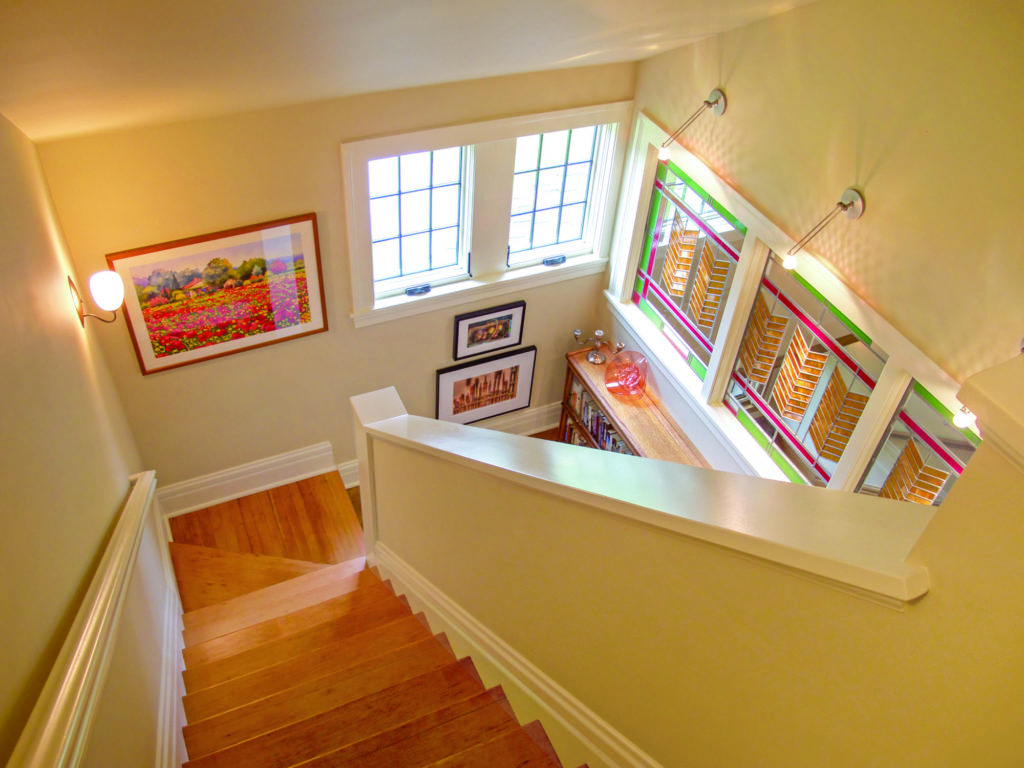 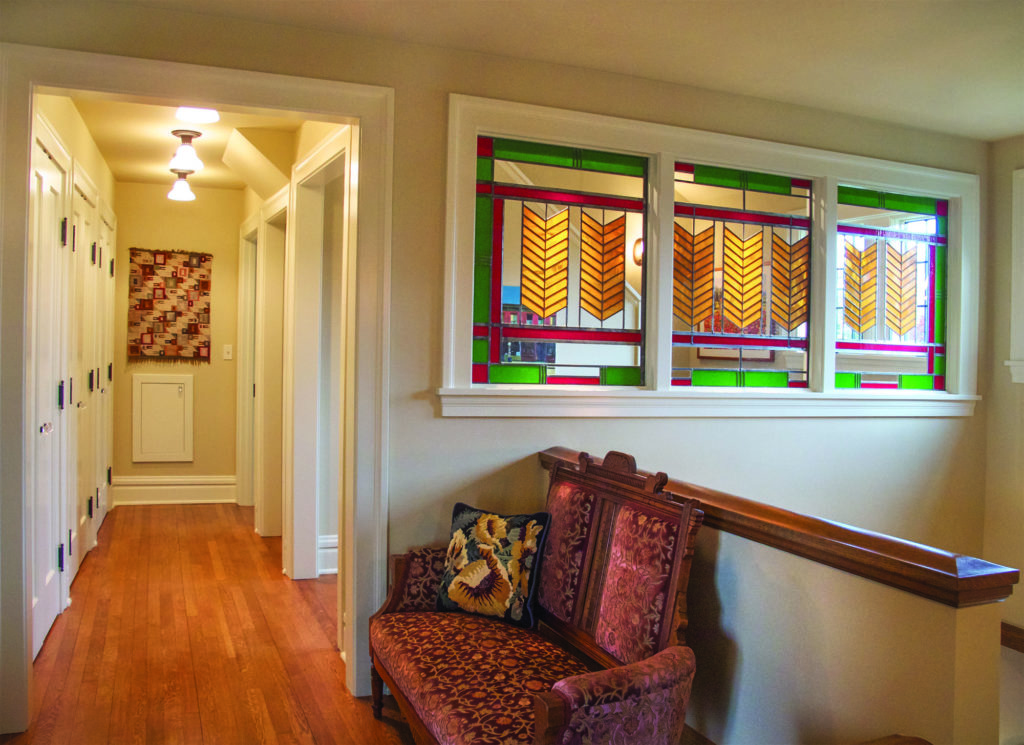 Owners Kim Williams and Rob Williamson were on board until Miller put down the floor plates to show where the wall would be. “Then I had to talk them into it: ‘Trust me, I’m an architect’,” he laughs. “Actually, the carpenters had more questions than we did,” Williamson recalls. Everyone was ultimately happy. “It’s nice to have something unique, a little conversation starter,” Miller says. “They can say ‘Oh, that was the crazy architect’s idea.’”

Would that all old-house owners had such a “crazy architect” to help with stewardship and good design.

See another project by this architect, a Norwegian cabin.