Built in the simple “stove room” layout*—just a hall (kitchen), stove room, and bedchamber on the first floor, with a half-storey above—this log dwelling dates to 1803. It had been nestled in Pennsylvania’s Cumberland County. By the time Harry McIntosh saw the house, though, its once-bucolic setting had been overtaken by modern development. Harry found a more sympathetic site in the midst of central Pennsylvania’s cornfields. Working with master carpenter Jim Stoner Jr., he moved the home in 1998 to the rural hamlet of Paradise.

Harry was drawn to the house’s somewhat anachronistic details: open stud walls, false rafters, and strut-supported roofing that gave the roof a pleasing change in pitch—all of which typically would not have been used after the late 1700s. This suggested that the builders had classic 18th-century Germanic training. Interior details are handsome: large, six-over-six windows admit sunlight that highlights the mellow, hand-planed,
yellow-pine floors. Original board-and-batten doors divide the rooms; wattle-and-daub walls were still here, the boards hand sawed, then plastered and whitewashed. That decision had been made by original owner Ludwig Goodyear’s son, who’d inherited the unfinished house when he turned 21, after his father’s death. (There are no circular saw-cut boards in the house.) The common room was updated as a kitchen about 1840; the original log lintel over its open fireplace is intact.

The move was complicated. The house was methodically disassembled, log course by course, tagged, and laid onto two flatbed trailers for transport. To re-create a late 1700s dwelling with six-over-six windows on the second level, the rebuilt house was reconfigured from what had been previously the second floor and attic. All of the mortise-and-tenon joints had to be measured, re-cut, and changed in pitch so principal rafters would fit the measurement of the walls below. The wood structure and logs were substantial, about 40,000 pounds, so a crane lifted the roof. Only one of the interior beaded wallboards was salvageable and left intact; wide poplar boards used for new walls complement the originals. An open staircase to the upper floor had been cut through the middle of the kitchen; for better circulation and historical accuracy, Harry moved it to a corner and boxed it, concealed behind a door.

The woodwork was methodically stripped and repainted, ogee trim replicated as needed, and unsalvageable ovolo (or quarter round) mahogany window trim replaced in kind. Handmade window glass, every piece with its own unique imperfections, was found for each of the 123 windowpanes. New plumbing and electrical systems were installed along with an up-to-date oil-fired hot-water heating system, using salvaged radiators from B. J. Mellinger & Sons. Stonemasons Chuck Buckwalter and James Gribble used Berks County stone to rebuild the foundation and the kitchen fireplace. The former attic, now the second storey, had never been finished. So Harry had the floors hand-planed, which took over a week, to match those on the first floor. A guest room and bath were added to the top floor.

Harry McIntosh was careful to use period-appropriate iron hardware, similar to what would have been here. Door latches and hinges, window pins and nails, were handmade by talented blacksmith Jim Kieffer. A 500-pound, cast-iron stove by Country Iron Foundry in Chester County went into the kitchen’s open hearth, along with a 20-year-old fire crane and reproduction tools by Historic Housefitters. The sympathetic new cabinets (and appliances) lend modern function in a room outfitted with a sawbuck table and comb-back armchair from Martin’s Chair.

Custom paint colors are historical: a deep Venetian red and a mossy-stone travertine green decorate the stove room. A recast, classic “Temptation of Joseph”-design, five-plate stove from Country Iron Foundry adds to the period feeling. The room’s far side is anchored by Martin’s Chair ‘Ephrata’ open-top cupboard, filled with redware by David T. Smith and Shaker boxes by LeHays.

Much of the historic-reproduction furniture in this house was made locally, by Martin’s Chair of New Holland, Pennsylvania. The family-owned business produces Windsor chairs using traditional techniques. • Their other 18th-century reproductions include tables, sideboards, cupboards, Pennsylvania hutches, bedroom furniture, and their
‘Diversity Cupboard’, which can be fitted as a personal office. The company recently launched a line of Prairie furniture in the Arts & Crafts mode. martinschair.com 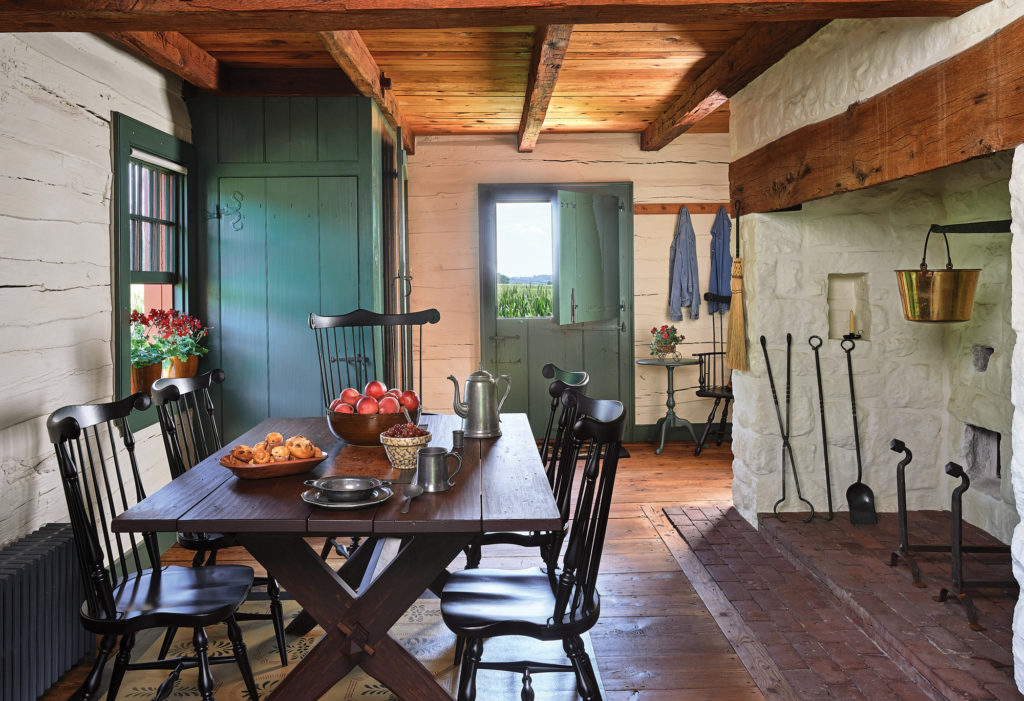 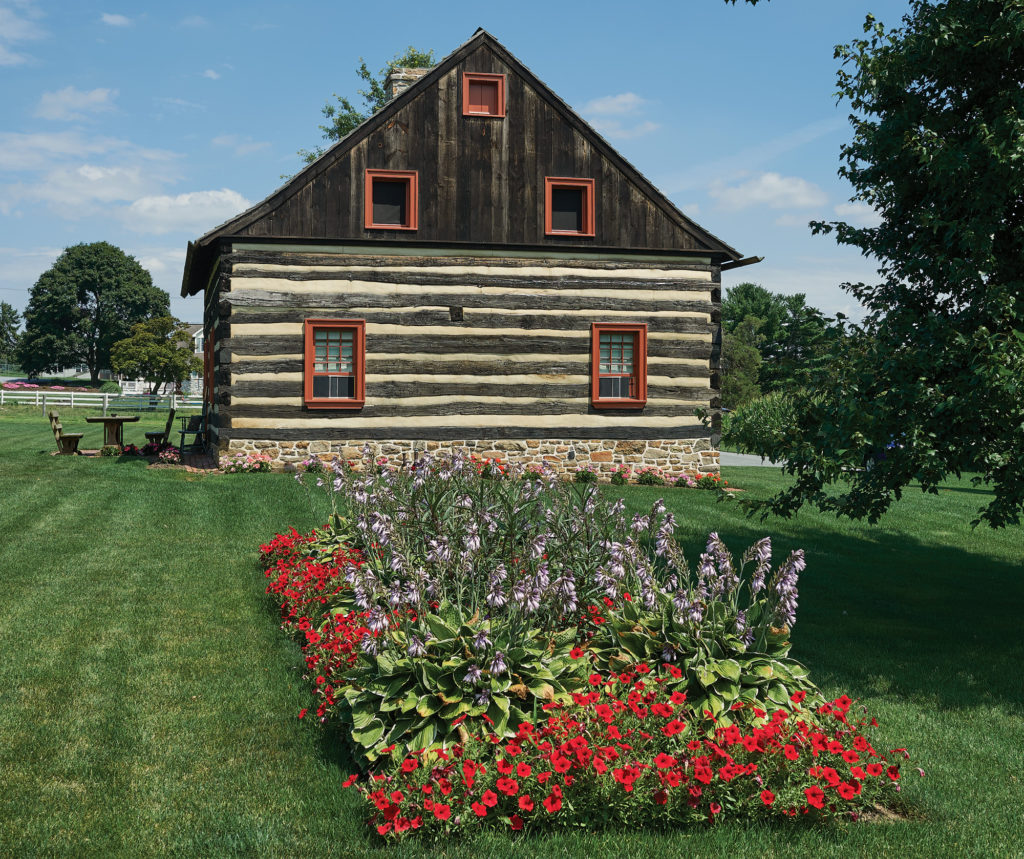 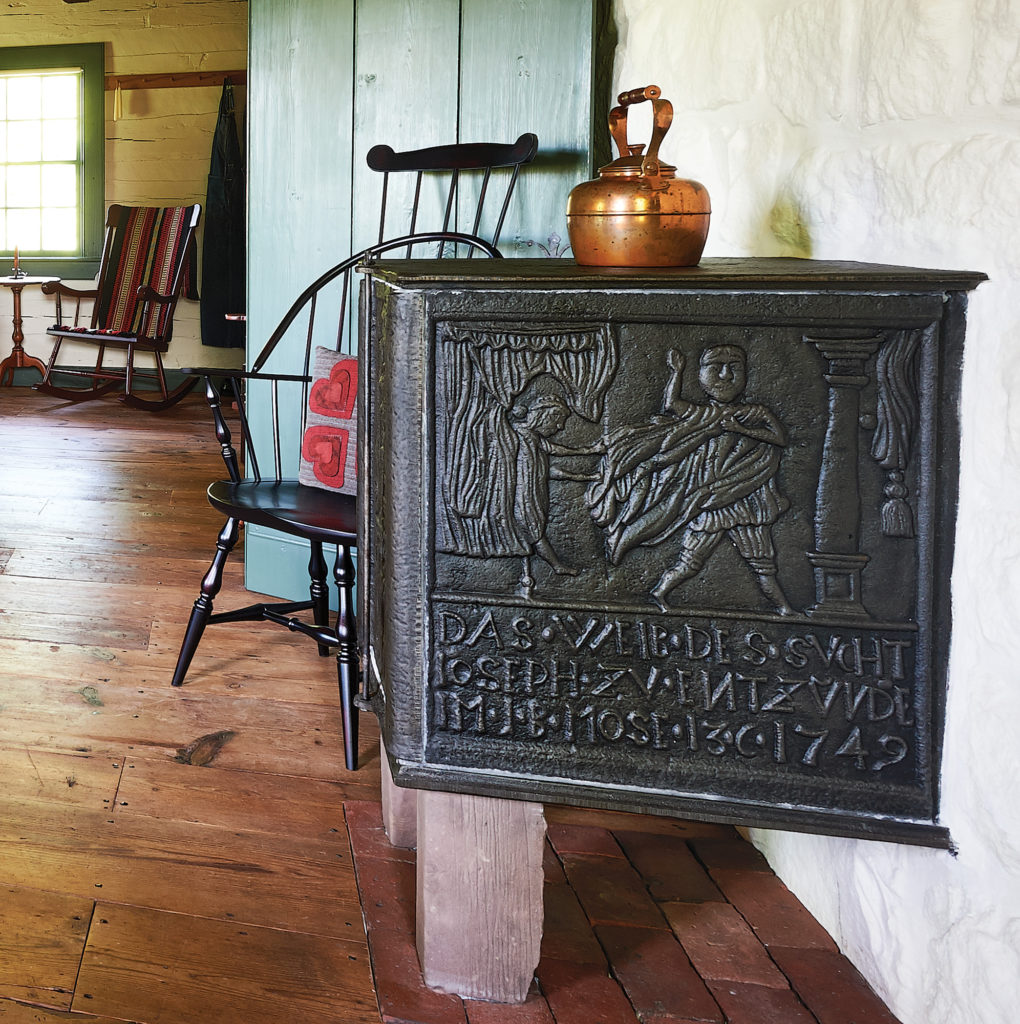 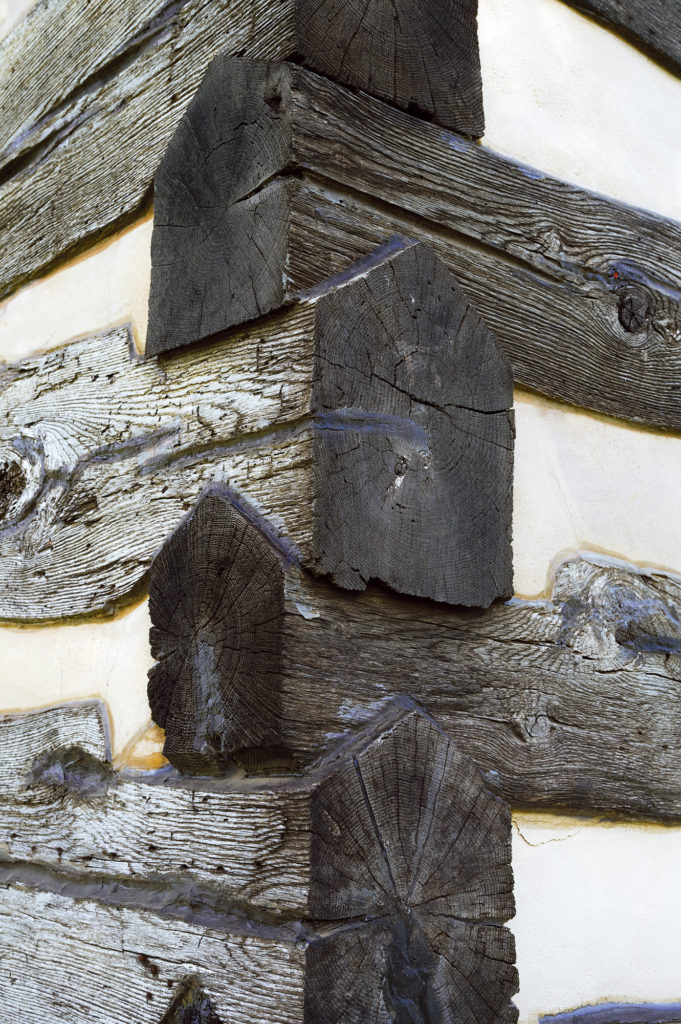 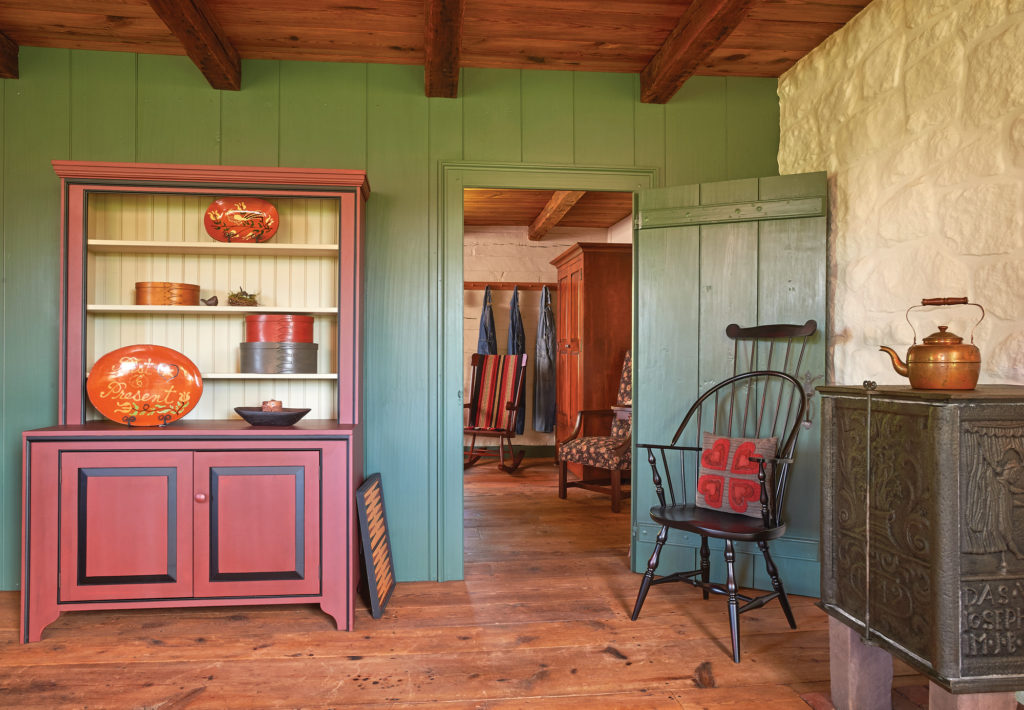 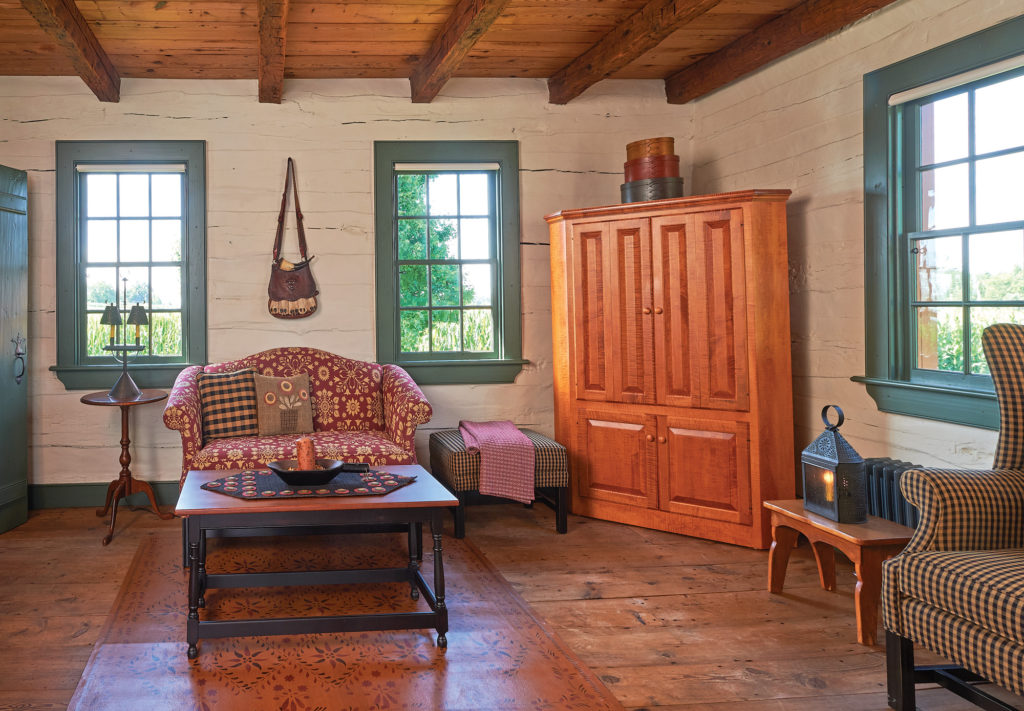 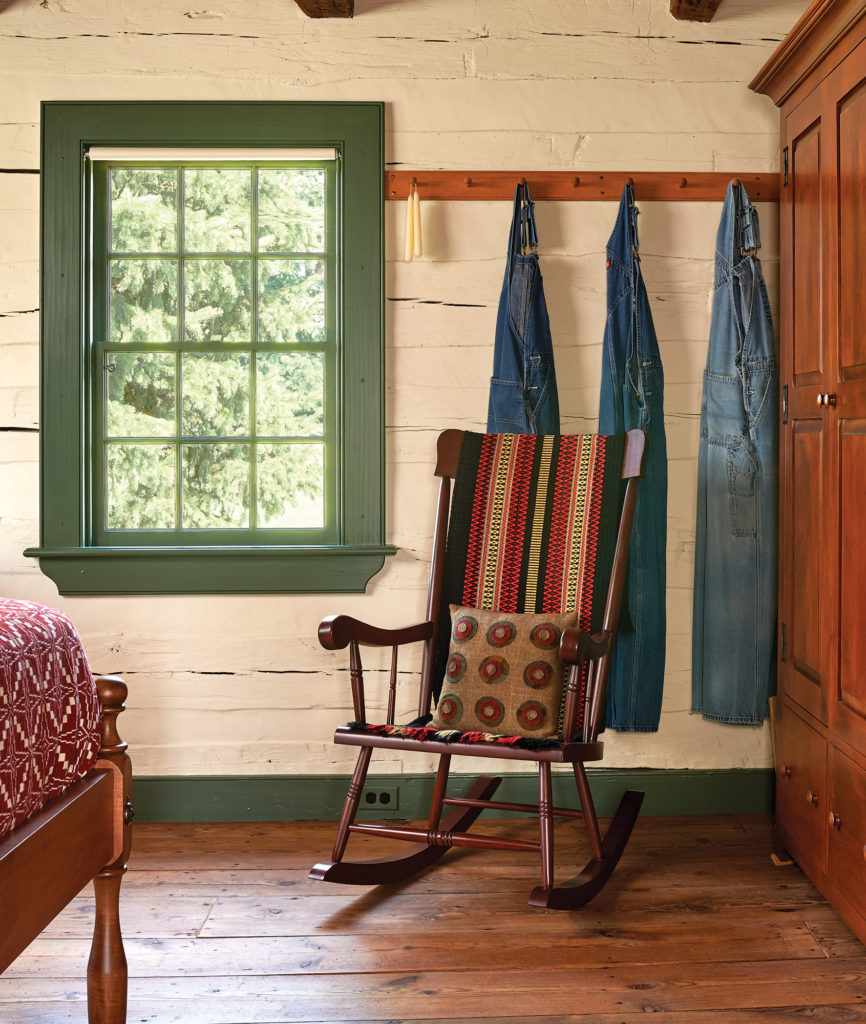 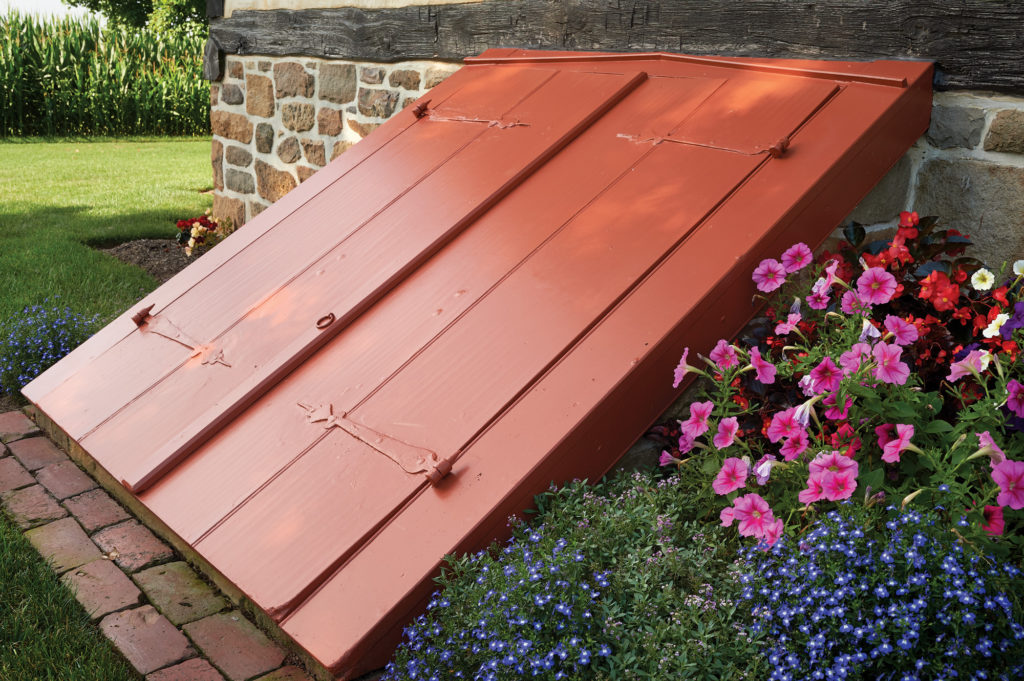 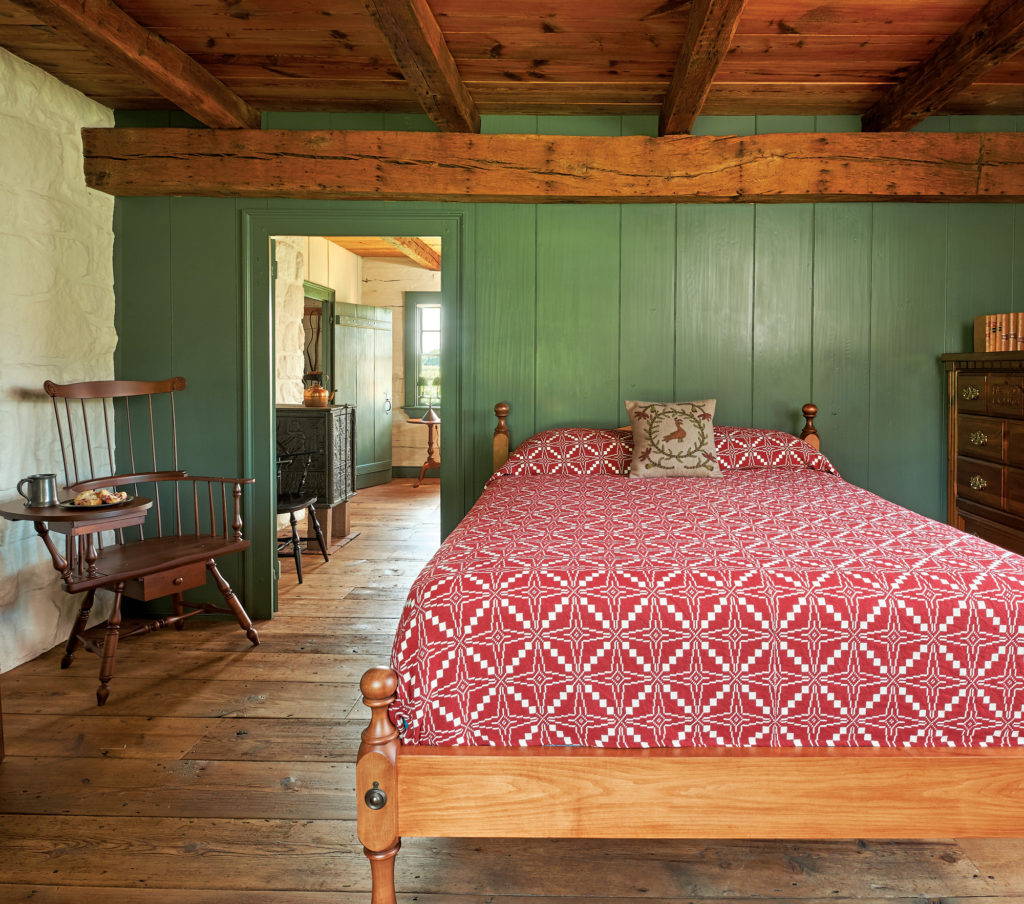 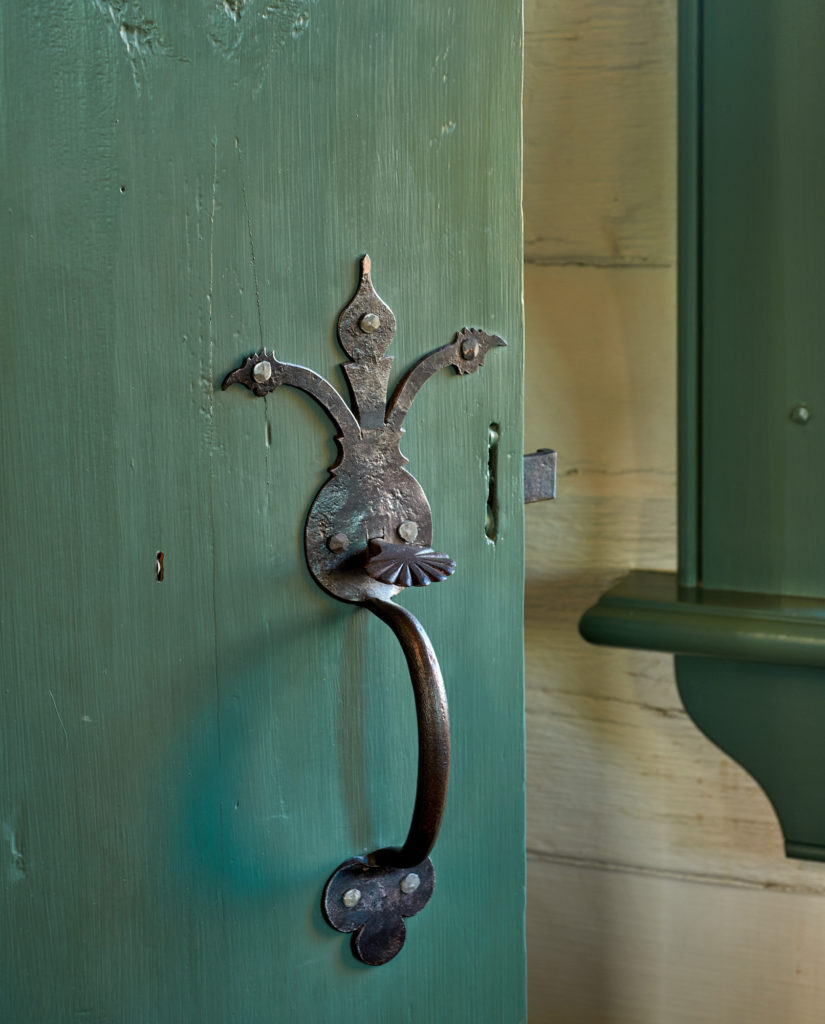 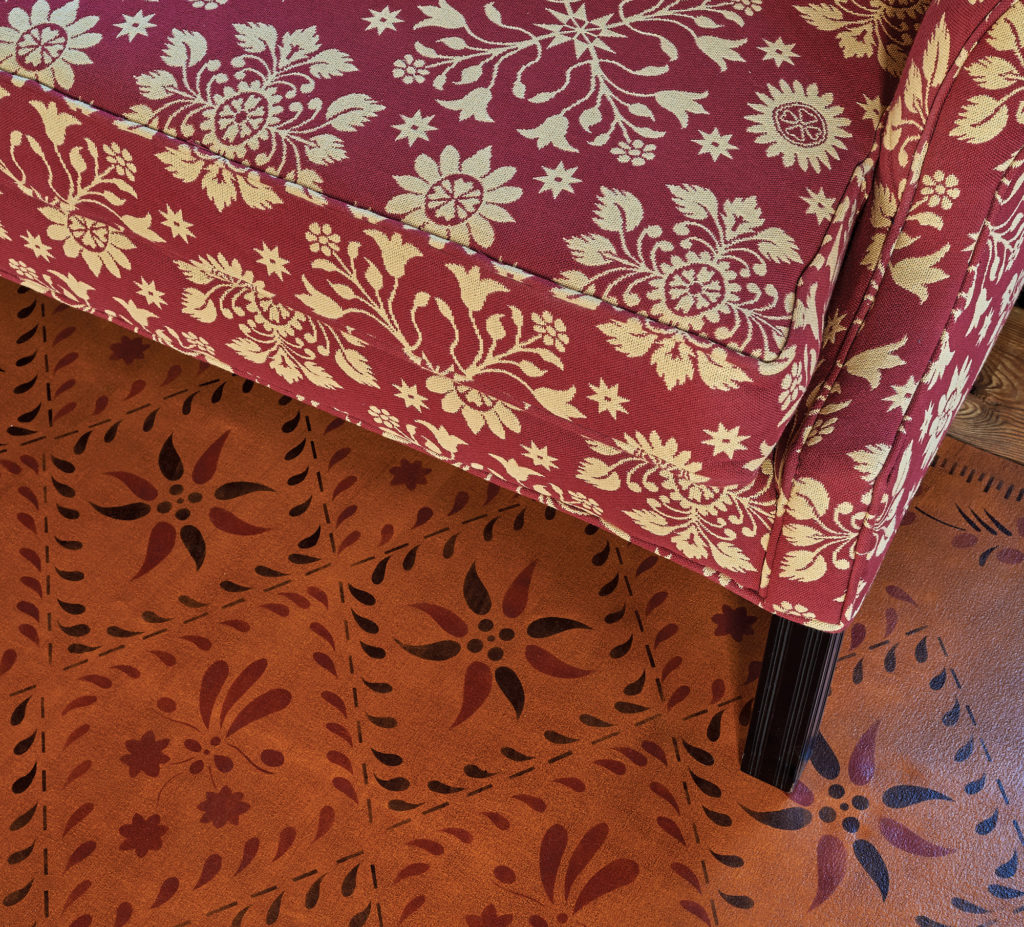 * The Continental Plan House is a distinctive building type associated with early German settlement and found mostly in 18th-century Pennsylvania. The three-room floor plan is almost identical to the Penn or Quaker Plan House, with a large kitchen (kuche) room and two smaller side rooms, a parlor (stube) and a sleeping chamber (kammer). These houses were constructed of log, stone, and frame and are defined by their common layout with an internal center fireplace, often with a five-plate stove, and an off-center front door leading directly into the large kitchen. —Pennsylvania Historical & Museum Commission