Beamed ceilings, dark-stained woodwork—and a feeling you’ve stepped back 100 years: that’s a visitor’s first impression of this beautifully appointed bungalow, home to Michael and Stan Tucker–McDermott. Built ca. 1910, the semi-bungalow with an expansive second-storey dormer is in Fort Worth’s Fairmount National Historic District. When the couple bought the house in 2017, they’d been living a few blocks away in a late-Victorian house lovingly restored by Michael; he’d called it home for almost 25 years.

They purchased the bungalow as an investment property, but immediately fell in love with the house and decided to move in. Realizing the project involved a full restoration and some renovation, they divided responsibilities: Stan would oversee the majority of construction and scheduling, while Michael managed the design and architectural details. Every aspect of the work was researched and carefully considered. Light fixtures throughout are either antique or reproductions in period style. Wood trim has been stained Jacobean brown to match a small sample discovered under layers of paint. A faint outline on the dining-room wall indicated where a plate rail had been, and a new one was made. “We wanted the house to look as close to the period as we could determine,” Michael says.

Michael and Stan had wanted to live in an Arts & Crafts house. The inviting, comfortable feel of the period’s furnishings, the warm palette, the clean lines are what they love most. Stan says Michael helped him develop a love for old houses later in life, though he says he’d always been attracted to the architecture of Frank Lloyd Wright. “It’s very easy to live here,” Stan agrees, “it’s so warm and cozy.”

While he was researching the history of another house in the neighborhood, Michael—the local historian—came across Henry L. Wilson’s The Wilson Bungalow, published in 1910. The popular book shows a collection of catalog-house designs, and Michael realized that No. 492 in the book had been the inspiration for their house—though a few changes were made.

“With catalog houses, local builders often changed some features, and that’s what you have to look for when trying to recognize your house in a plan book,” Michael explains. Wilson’s catalog-house designs are somewhat prevalent in the Fairmount district, but they were built with local materials—Wilson sold plans and specs only, not house kits with pre-cut parts. The discovery of the original inspiration really helped with restoration. Some features that had been left out or removed could be replaced to re-create the house as it was meant to be.

In keeping with the Arts & Crafts simplicity of design and their love for handcrafted objects, the couple employed artisans to build wood windows where they were needed, to repair stained glass in cabinet doors, and to handcraft a colonnade (described by Wilson as “a buttressed and square pillared opening”) that separates the dining room from the living room. Many parts and pieces came from Old Home Supply, a local architectural-salvage store. Several handsome salvaged items lend period style to the kitchen, where 1990s cabinets were simply refaced and rearranged. The room was slightly reconfigured to create a niche for the antique Magic Chef stove discovered on a curb.

Michael and Stan each own a landscape-design business. They say that their backyard, complete with a pool and garage apartment that once served as servants’ quarters, has been beautifully landscaped and is space they treasure. “The backyard is a huge favorite of mine,” Stan says. “We are outside all the time.”

The bungalow is personalized with local and state memorabilia, family items, and furnishings of the Arts & Crafts era: antique Van Briggle, Teco, Roseville, Rookwood, Hampshire, and Weller pottery; Stickley and Limbert furniture; a prized Tiffany Studios lamp that glows in the dining-room window. Their collection was built through years of browsing estate sales, bidding at auctions, and receiving gifts from family and friends.

Michael credits his late mother for giving him a love of antiques. “I have one of the first antique pieces my mom bought,” he says, an Eastlake-style shaving cabinet. Every room has at least one special piece; there’s a story behind everything.

If you ask Michael and Stan what advice they would give to someone considering restoring an old house, they’ll tell you the feeling of satisfaction when the house is finished is worth every bit of effort. “We don’t want to add on—we really don’t want to change a thing. The house is exactly what we want, and it’s where we want to live,” Stan says.

Low-slung California bungalows, semi-bungalows, and two-storey houses were included in The Wilson Bungalow, published in 1910 by Henry L. Wilson (who named himself The Bungalow Man). For $10, homeowners and builders could buy plans and specifications for any design. House plan No. 492 shows one very similar to the house in Fort Worth. (The plan has an entry treatment in the porch roof, missing in the Texas house, which has wood balustrades rather than the concrete-block knee walls shown in the book.) Wilson’s book was reproduced by Dover in 2006 as The Bungalow Book.

The Texas house is featured in this video by historic-millworks expert Brent Hull. 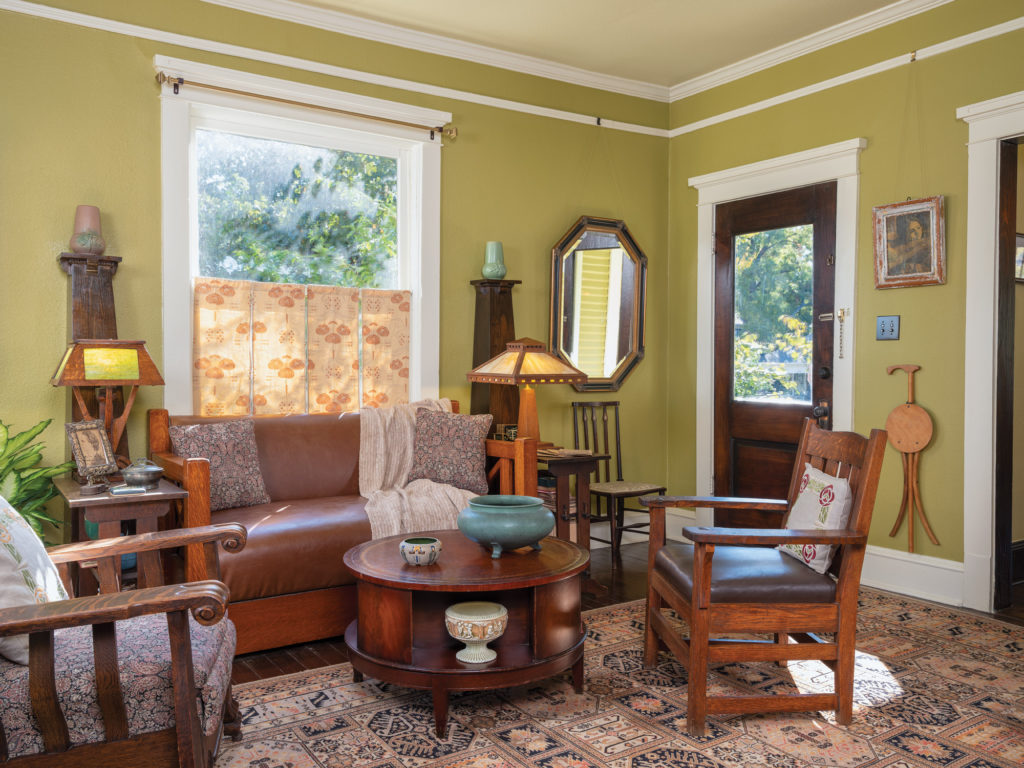 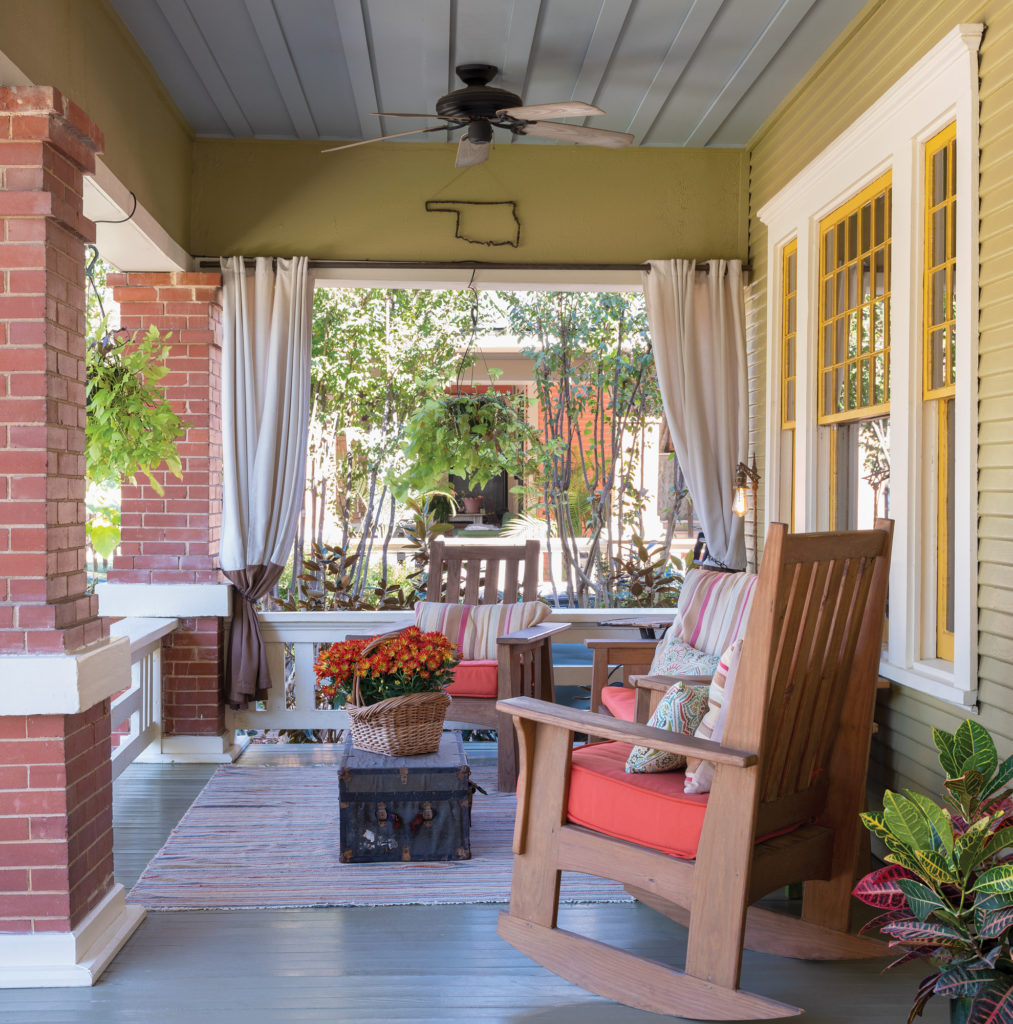 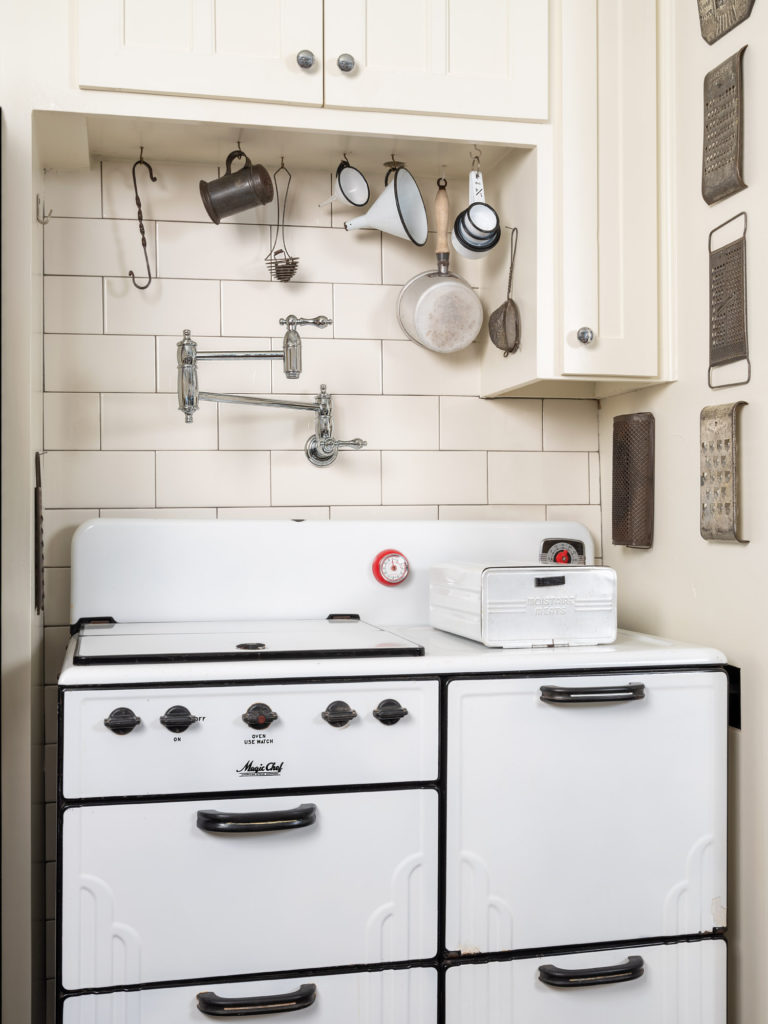 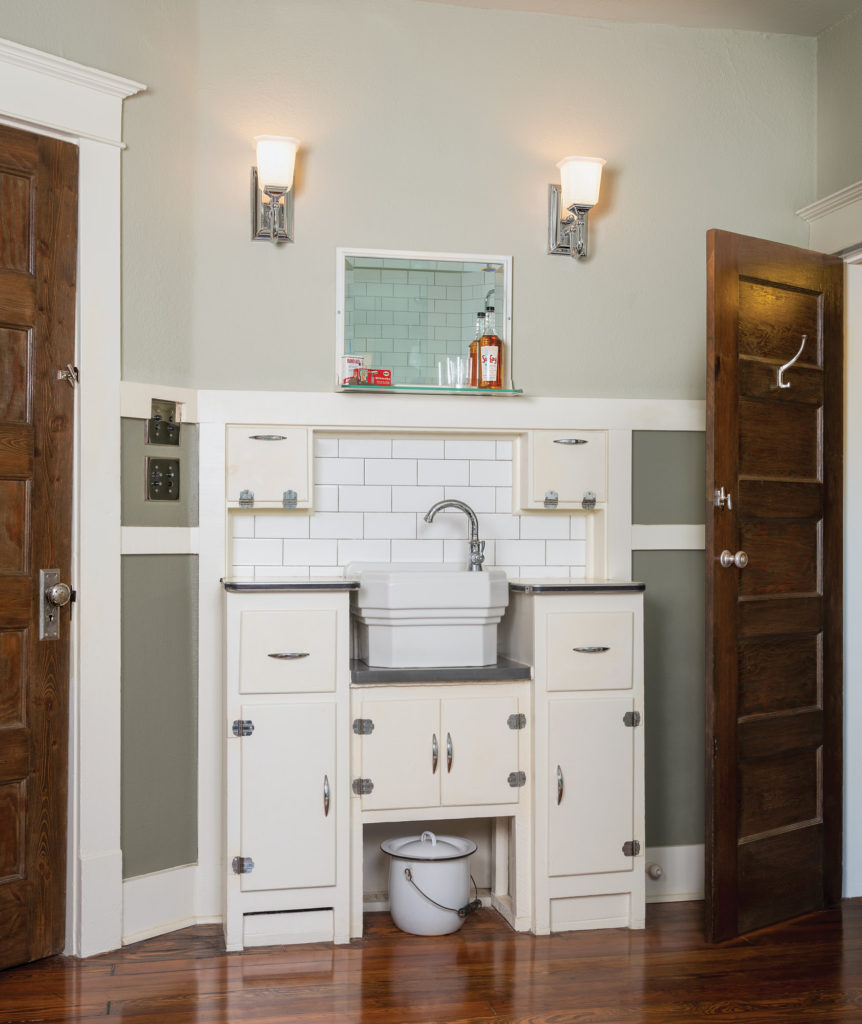 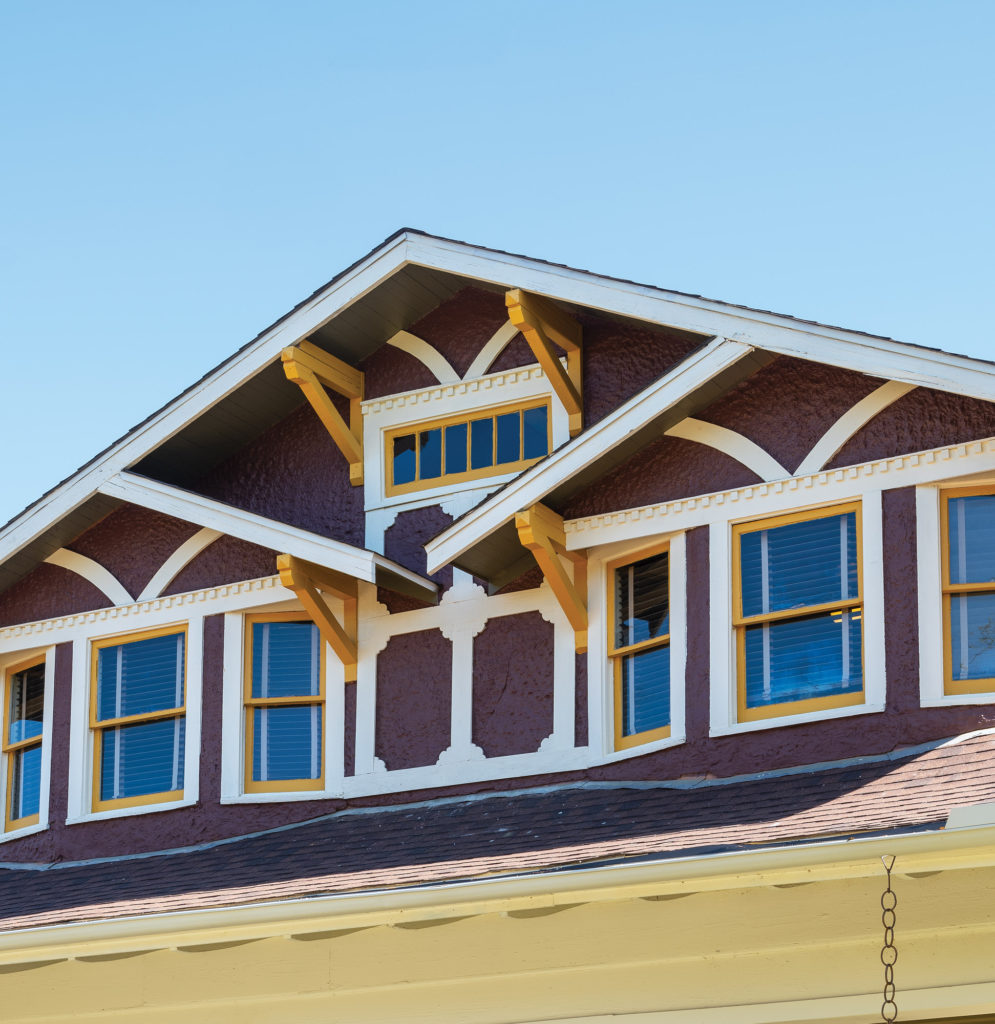