In 2004, ten years after antiques collector and historian Jim Stout moved into the Williams Morton House, he got a chance to buy its guest house next door. This one is a different take on Victorian design. While the main house, where Jim lives, is a formal, towered villa, the guest house is a much simpler farmhouse Victorian. And even though the same family owned both dwellings, the décor was quite different in each. The main house had a High Victorian formality with paintings and many accessories; the guest house was plainer, with a country sensibility. 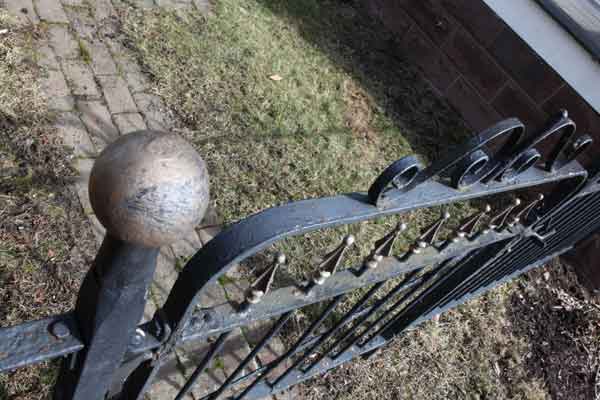 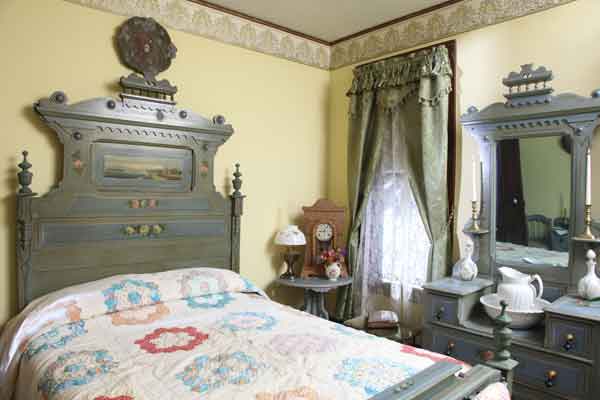 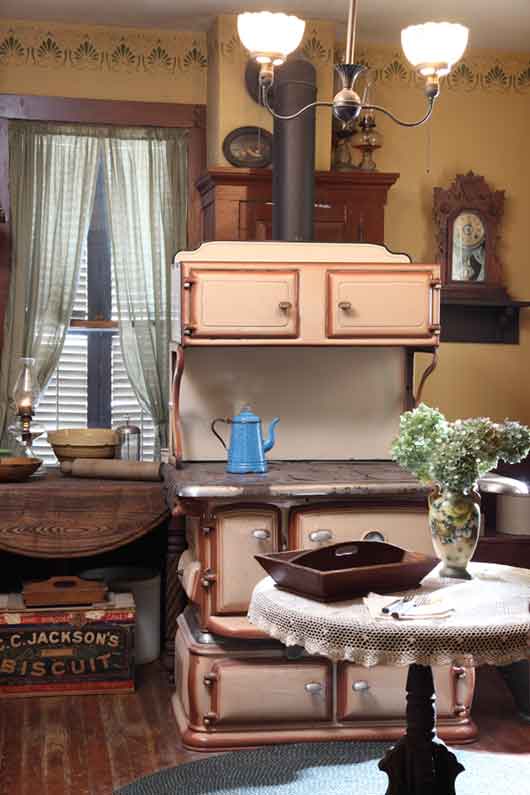 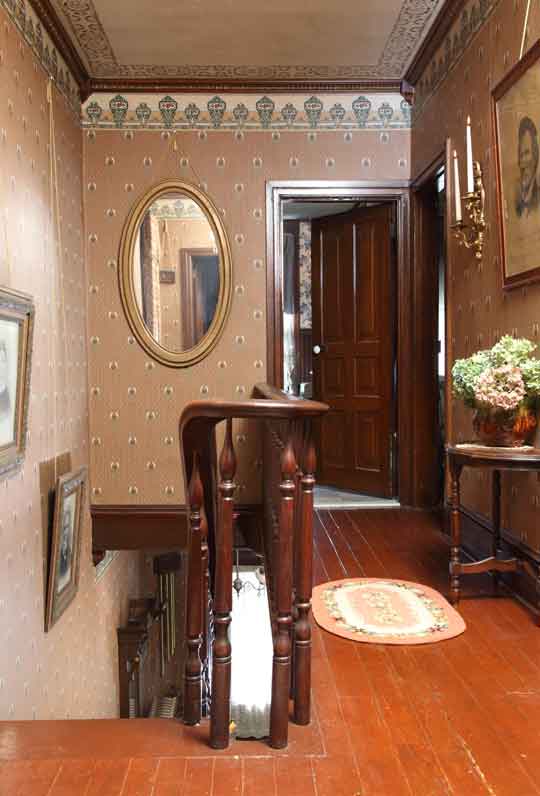 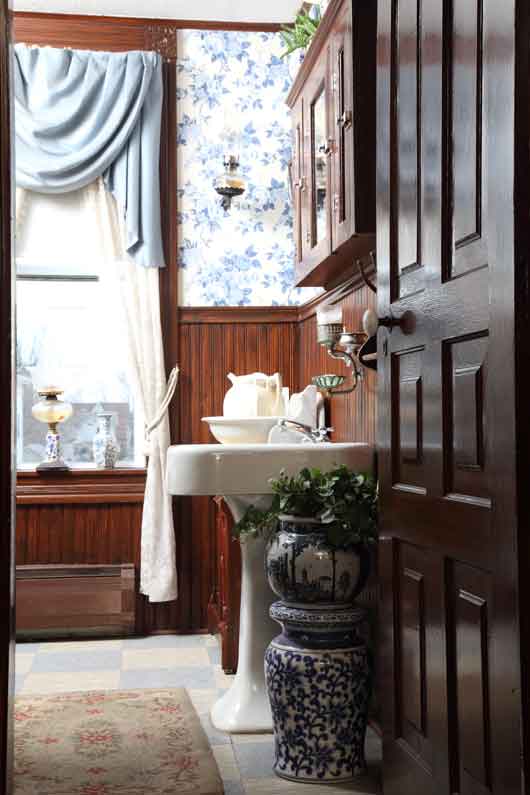 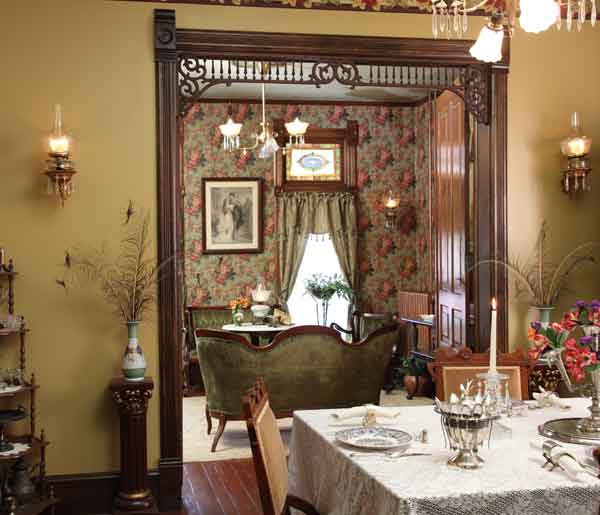 Sarah Morton’s mother, Madora Williams, lived in the guest house after Sarah’s father died in 1923. After 1947, the house was subjected to multiple unfortunate remodelings that left it in rough shape, with dropped ceilings, a “picture window” in the parlor’s center wall, and aluminum siding. Jim Stout restored two parlor windows, using shutters he found in the attic to gauge their original size. Markings on the floor told him where pocket doors had once separated the living and dining rooms—and there they were, too, stored in the attic.

Jim is currently working on the front porch, repairing the porch rail and removing the last vestiges of the siding. Next he’ll turn his attention to the gardens. “Working on the two Morton houses has been the grand passion of my life,” Jim says.