White elephants, in all their clumsy glory, can be a perfect match for certain homeowners. Lynn and Tom Kassouf have embraced several imperfect, quirky houses with a rare zeal. “We’ve always had white elephants for homes, the ones nobody wanted,” Lynn Kassouf says.

When the couple moved into their home in Port Washington, Wisconsin, 18 years ago, they fell in love with the 120-year-old Victorian with its beautiful Arts & Crafts detailing. But the outdated, cramped kitchen stumped them. And, as Lynn says, “the kitchen is where we live.” So when they saw the custom work of Crown Point Cabinetry of Claremont, New Hampshire, the Kassoufs and their Milwaukee architect, Louis Wasserman, knew they had their answer.

“In my 20-plus years of kitchen design, this had to be one of the most technically challenging designs,” Stowell says. “We had a lot we had to hide.” The problems were few but significant, mainly the necessity to add a support beam and to disguise electrical and plumbing equipment. To achieve a design that offered an equal measure of problem-solving and good looks, Stowell brought in Fred Puksta, a Crown Point product developer. “When we’re working outside the box, we go to Fred,” she says.

Today the electric and plumbing are hidden in a column at the end of the peninsula that separates the kitchen from the wet bar. The vital support beam, which begins at the pillar, is hidden by a faux tray ceiling. Those solutions led to another challenge: how to form a molding system around the tray ceiling that would deliver the look of furniture.

Stowell and Puksta worked with the builder, J.S. Dahlman of Dahlman Construction Company in Milwaukee, along with lead carpenter Eric Rasmussen, to design a seamless five-piece molding system. All along, Lynn Kassouf worked with the team, explaining how she uses the kitchen. She is an avid cook, so the Crown Point crew, in addition to the main oven, designed space for a small steam oven and speed oven, tucked into triangular cabinetry under the staircase that adjoins the kitchen. “The partnership with Lynn was very important to getting the end result,” Stowell says. “She was very hands-on.”

The expansive use of wood creates a dazzling impression. But stepping closer, there is the breathtaking impact of details: custom Arts & Crafts moldings and brackets, dovetail drawers, faux tenons, and Mission-style toe kicks. Sometimes the most ingenious moves aren’t even noticeable, such as the use of extended stile as built-in filler to create a smooth, gap-free line that mimics the spirit of the old home. “It’s not trendy, it’s just classic,” Stowell says.

Another artful feature, designed by Crown Point, is a family favorite. Small designs cut into the box column and filled with stained glass hide the kitchen’s mechanicals. The result is a colorful pastiche of a crescent moon, sun, narrow slits, and small circles, in yellow, green, and blue. Tom Kassouf picked the colors for the softly lit design.

The kitchen’s uncanny reflection of the home’s Old World character is sublime. As Lynn Kassouf says, “it looks like it’s always been here.” 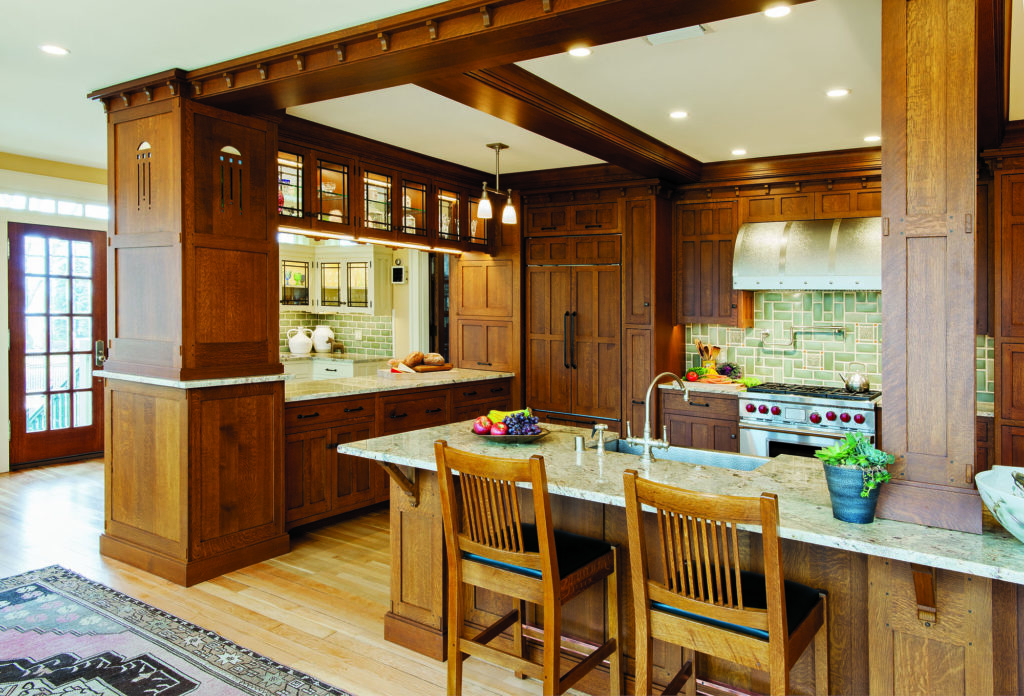 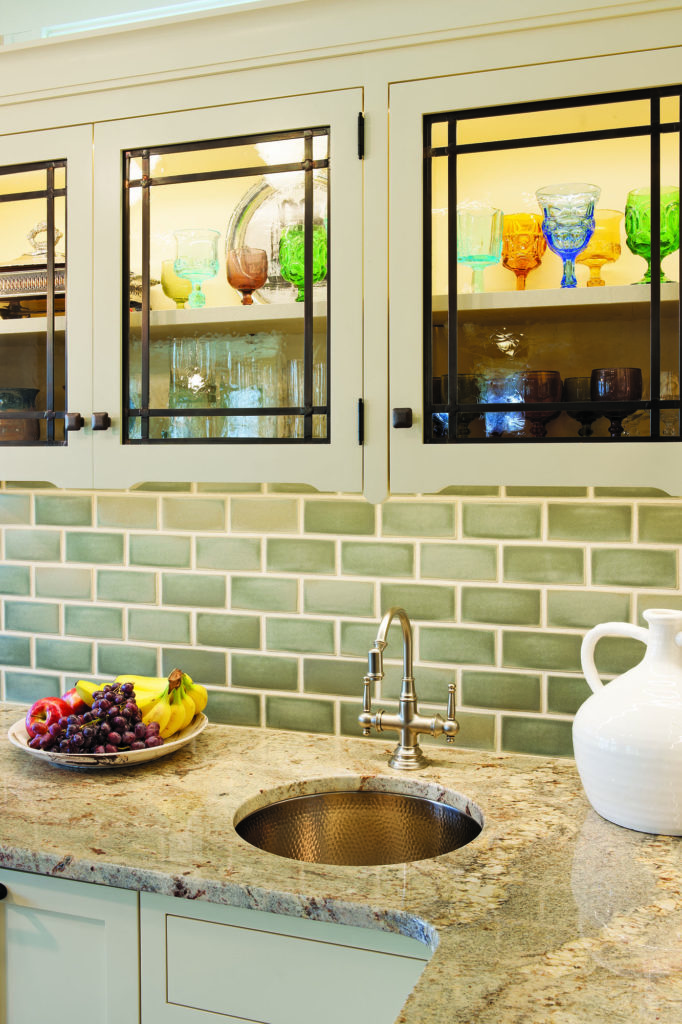 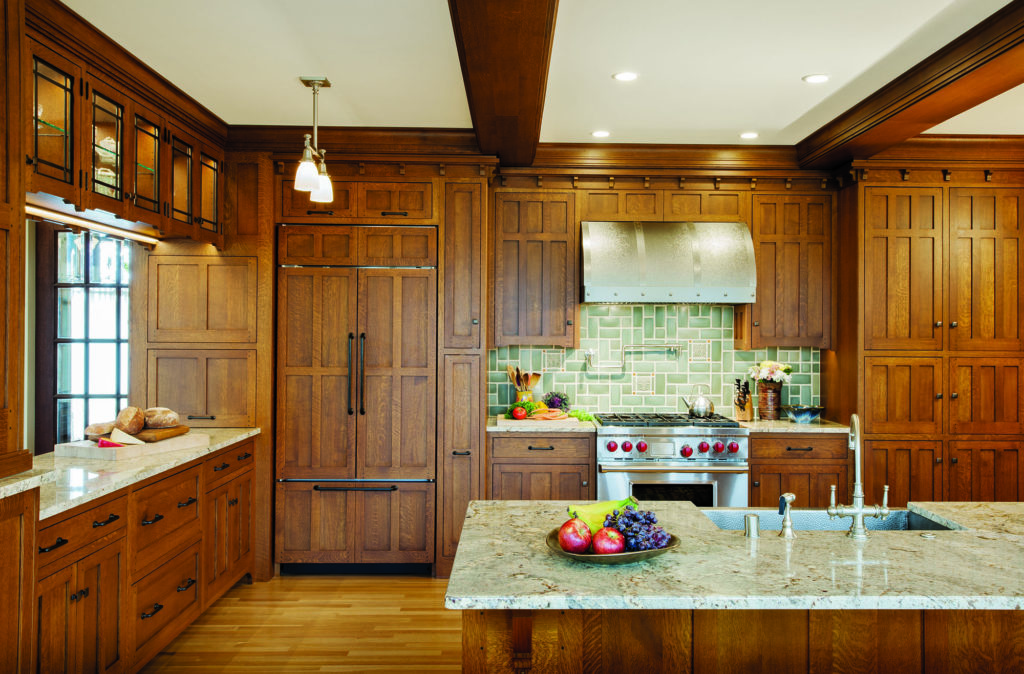 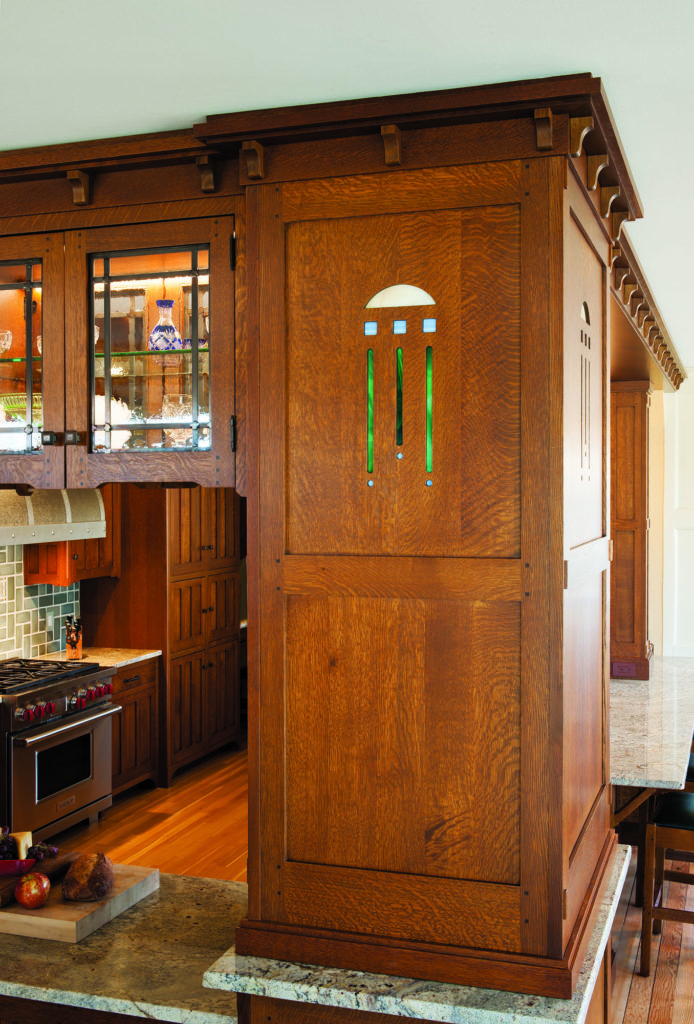 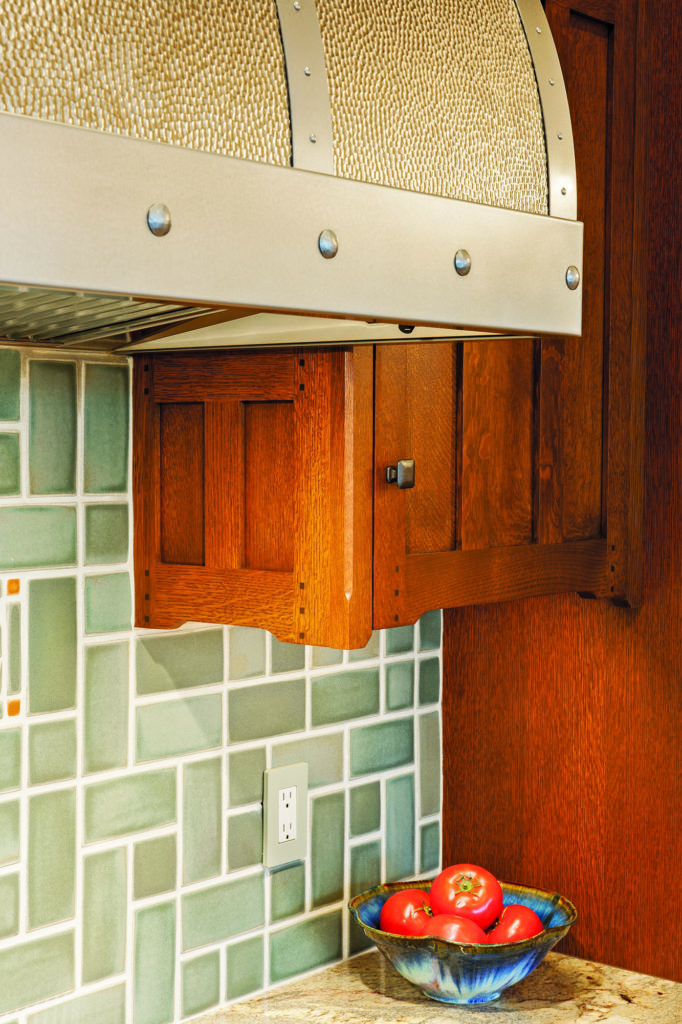