Flowing effortlessly from Prairie to paradise, John and Debbie Stall’s carefully renovated kitchen is a marriage of early 20th-century ambiance and 21st-century convenience. When the couple found their 1915 Prairie-style home, Debbie’s response was “no way!” She was not an old-house buff, and there was deferred maintenance everywhere.

John is from the Midwest, where the Prairie Style was born, so he insisted his new bride give the “old girl” another chance. At 3,200 square feet, the house was perfect for beginning a family. Built by Joel E. Brown, a prominent area master builder, it had a large family room, a near-original floor plan, intact woodwork, and a prime location in Mission Hills, a bungalow neighborhood just five minutes from downtown San Diego.

The kitchen, unfortunately, was the usual old-house disaster. Water damage lurked behind dropped ceilings, layers of peeling vinyl covered the floors, and worn-out ’60s-era cabinets lined the walls. What was worse, poorly conceived later additions blocked access to the backyard.

“We love to spend time outdoors entertaining,” says Debbie. “Because this is California — warm year round and insect free — we wanted to create a Prairie-style terrace that was an extension of the kitchen and formal areas of the house.”

The Stalls collaborated with kitchen designer William F. Jones to create a kitchen with all the modern conveniences, rendered in a style that plays up built-ins and gadgetry that could easily have been original to the house. Best of all, the kitchen flows naturally into a pergola-shaded outdoor space that reflects both the house’s Arts & Crafts detailing and the Stall’s party-loving lifestyle.

Several elements help smooth the transition to the outside without losing the period feel. A spindle-and-slat overhead divider between the kitchen and breakfast area picks up the pattern of the stair baluster in the front hall — a detail also repeated on the kitchen island. To give the breakfast room the feeling of a porch, the Stalls chose the same ceiling material used to repair the house’s deep eaves: beadboard.

Family members and guests move easily through the “porch” onto the terrace through a bank of French doors and windows. The space is shaded by the Jones-designed pergola, which mimics the heavy corbelled “outlookers” that support the eaves of the house on both levels. At the heart of the terrace is a full-size Prairie-style fireplace featuring reproduction Batchelder-style tiles, ideal for taking the chill off winter evenings.

In the working part of the kitchen, a single bank of original cabinets provided a guide for cabinetmaker Bob Stewart to design and custom-built new recessed-panel cabinets and maple plate racks. Jones added a Hoosier-like built-in cabinet, complete with a tambour door and operational sugar and flour bins. Another nifty bungalow-era item is the California cooler, an ingenious device that uses ventilation to keep stored items temperate. (John and Debbie use it mostly to store wine.) Pendant lighting from Brasslight Gallery lends a period look.

The couple found the 1935 Magic Chef range through Pacific Stove Works, a Santa Barbara company who located and restored it. The range is tucked into a white subway tile niche topped with a coved hood vent, inspired, in part, by the stove surround at the Gamble House in Pasadena. The original floors were beyond repair, so the Stalls had new oak flooring milled to match floors in the rest of the house. 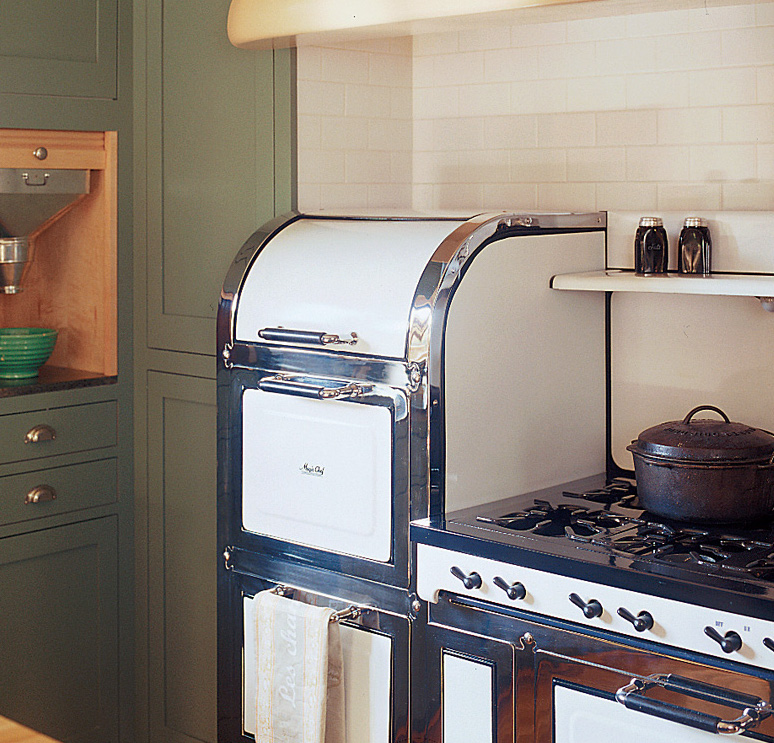 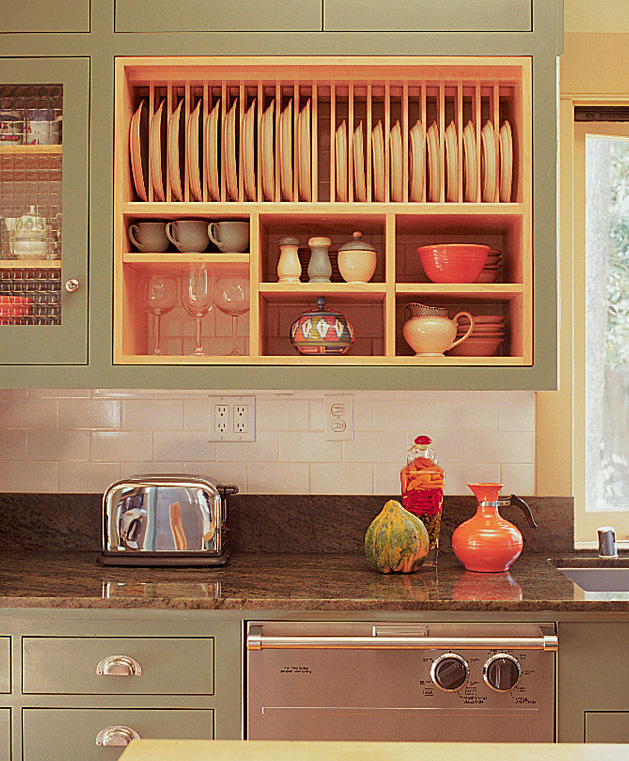 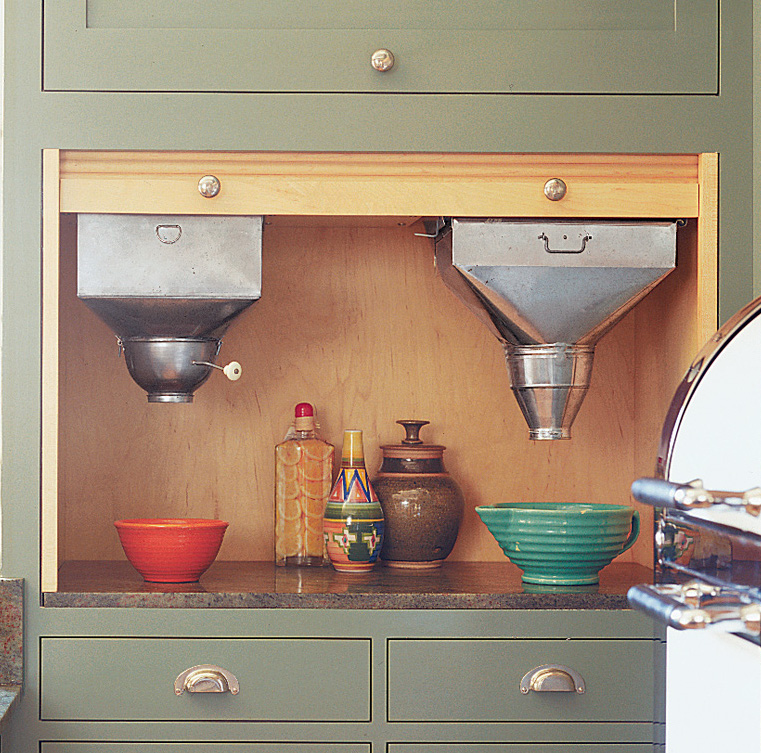 Redesigning the kitchen gave the Stalls an opportunity to rework adjacent spaces to make them more functional. Slightly enlarging a maid’s room provided an additional bedroom downstairs; extending the walls of the utility porch a few feet bought enough space for a new laundry room.