In October 2007, John Murray took a walk across 120 acres of pastoral property in Columbia County, New York, and snapped a picture. Murray brought into frame an empty patch of farmland, bathed in autumn light that illuminated the copper tree line in the background.

Three years later to the month, Murray took another picture of the property—a different vantage point, but the same light. Now the viewfinder revealed something new: a Federal farmhouse attached to a fieldstone cottage, a vibrant red barn a horseshoe’s throw away, and a winding driveway joining the dwelling with the country road below.

In 2007, the home hadn’t been more than an idea. But by the time the camera shutter snapped open in the fall of 2010, the home looked as though it had been there since time immemorial.

The desire to have a home true to the vernacular of the region was precisely why the homeowners approached Murray’s Manhattan firm, John B. Murray Architect, LLC. They wanted a simple, elegant, authentic home for themselves and their two college-aged children. “They had raised their family in more of a suburban environment, and this house was sort of a new beginning for them—that ability to have this rural experience and to live on this land,” Murray says. In crafting more than 150 construction drawings, Murray’s firm outlined every angle, every groove, every detail of the vision. “It’s really a transformative thing for my clients—everyone has their own idiosyncratic desires that we need to respond to. And a lot of times, in responding to those desires, the result can be magical.” 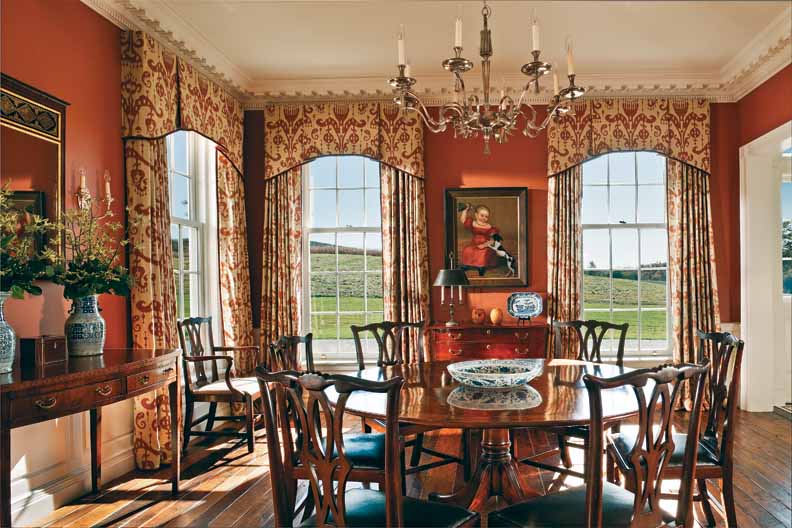 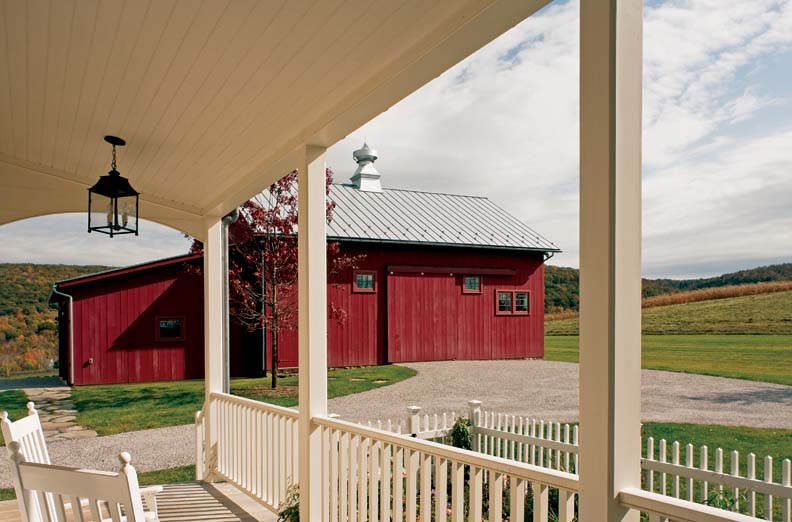 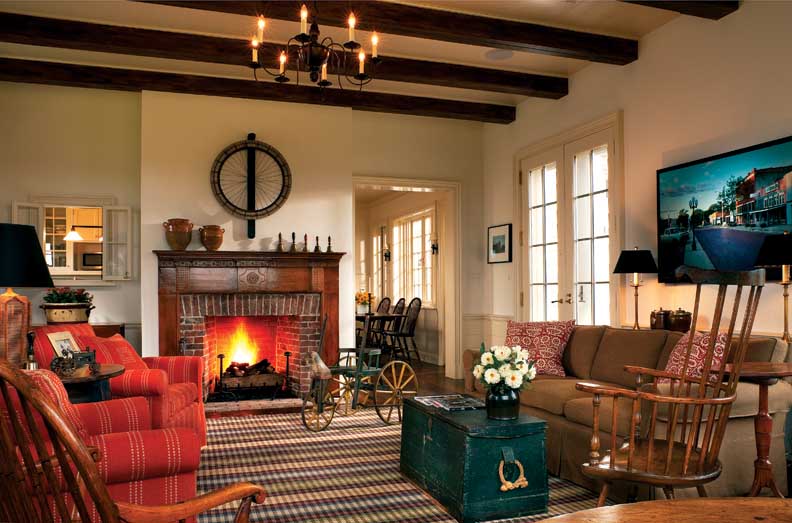 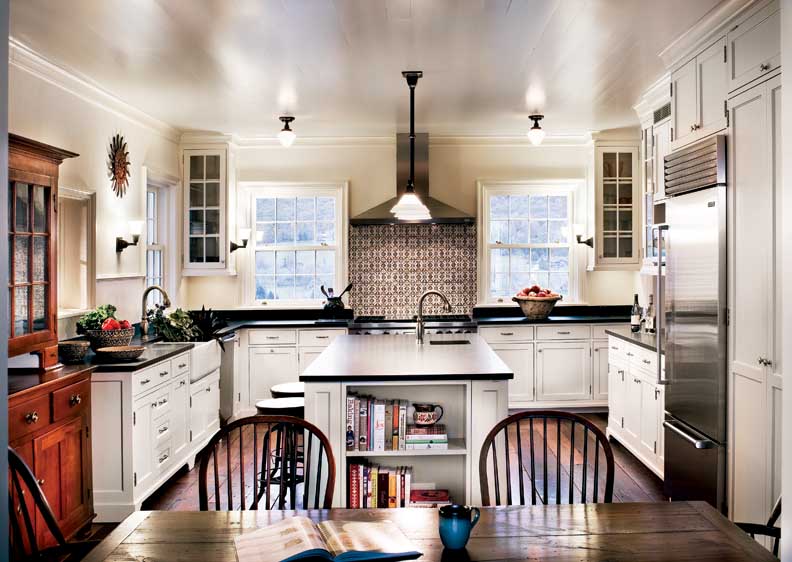 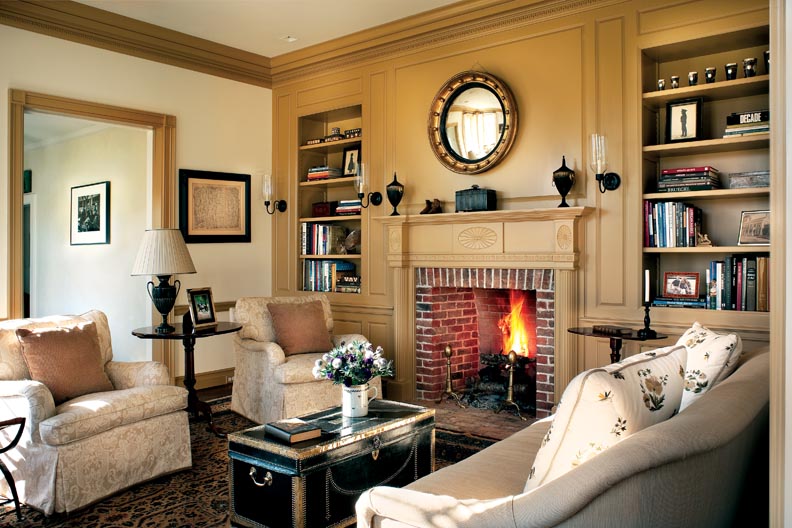 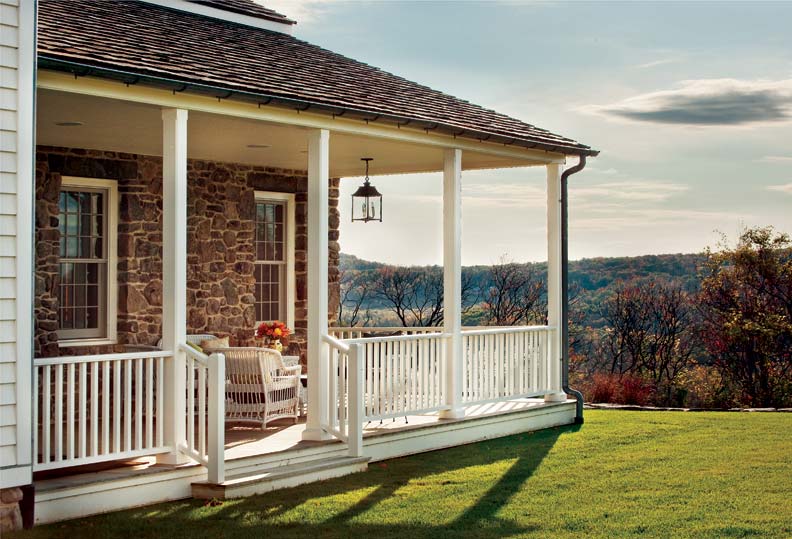 The first step involved positioning the home slightly off the peak of the property to emphasize the beautiful views of the Berkshires to the north. As a corollary, a key design concern was incorporating more than one exposure into as many rooms as possible. “When you have rooms with multiple exposures, they become very pleasant rooms to be in: the light is very even and balanced, and it doesn’t have that glaring sort of feel,” Murray says. “A lot of the compositional aspects of the house are [designed] to achieve that effect.”

Without any historical precedent to draw from, Murray and the homeowners created a fictional narrative to guide the design and construction. They envisioned the home of a Dutch farmer living in austerity near the end of the 1700s, as well as the Federal- and Shaker-style additions that would have likely arrived in the prosperous generations that followed, embedded with the amenities and livability of a modern home. “We were thinking, this is an organic creation, and it’s being built in the beginning of the twenty-first century,” Murray says. “But we can differentiate the character of the different sections of the home, and subtly imply that the house was developed over time.”

The timeline begins at the westernmost end of the home with the fieldstone cottage, evincing a Dutch influence. The authenticity of the stonework is one of the most important attributes of this section of the home. “We had multiple sample walls fabricated, and we critiqued them—we even critiqued them once the masons had started to work on them,” Murray says. A hyphen connects the cottage to the Federal-inspired main block of the house. Attenuated colonettes and fluted capitals ornament the front doorway, leading to a first-floor section complete with dining room, exercise room, pantry, and a parlor that hosts a number of breathtaking architectural flourishes, including “Wall of Troy” cornice molding, intricate paneling on the doors and walls, and a hand-carved mantelpiece. Elsewhere, a center-hall staircase with a hand-carved railing leads up to a pair of studies and the master bedroom on the second floor.

The third, easternmost section of the house takes on scaled-back, Shaker-style themes in the mudroom, family room, and kitchen, which features stained and glazed cabinetry against reclaimed lumber walls and a flush-board ceiling. A secondary stairway leads from the mudroom to the children’s bedrooms on the second floor, one of which includes an alcove for the bed with storage space below.

Outside, the home features a pair of porches—an open porch attached to the fieldstone cottage, and a screened porch extending off of the kitchen that is glazed during the winter—that look off the back of the house, over one of the terraced lawns, and toward the magnificent views of the Berkshires to the north. Another open porch with southern and eastern exposure is a welcoming feature to the secondary entrance of the house. The adjacent red barn is a reclaimed structure with hand-hewn timbers from Buffalo, New York; it was disassembled, repaired, and rebuilt on the property, and the homeowners now use it as a workshop.

To walk from one end of the home to the other is to experience a century-long journey. “There’s a lot of attention to detail that gives the house a real sense of quality,” Murray says. All of the flooring throughout the home incorporates reclaimed lumber and cut nails, and exposed beams are a prevailing feature throughout the house. The builder, Rick McCue, used a combination of antique and newly distressed doors to achieve a cohesive effect. The firebrick flanking walls of the parlor fireplace are covered with a layer of used, dry-set brick to add character while meeting code. There’s variation in the size of the clapboard siding on different parts of the home—slightly broader in the Shaker-style section, tighter on the Federal—and flush board appears in the porches and kitchen. The roofing continues the theme of change over time: Cedar shake atop the guest wing transitions to a lead-coated copper roof on the Federal- and Shaker-style blocks of the house. Even the exposed ledges of the concrete foundation are adorned with face stone to give a bygone appearance.

But while period authenticity finds a place at every turn, modern functionality lies just below the surface: integrated Wi-Fi, state-of-the-art audio and video systems, heated bathroom floors, a swimming pool, and pool house equipped with kitchenette and bathroom, even a snowmelt system in the driveway. “It’s got all of the bells and whistles you would have in a twenty-first-century house, but it has the warmth of something that feels like it’s been around forever,” Murrays says. Expanding foam insulation wraps around the envelope of the house, and a staggered stud construction means no stud penetrates from the cold exterior of the home to the interior. The heating and cooling systems, which introduce makeup air into the house, are out of sight and scarcely make a sound. The air-conditioning compressors, for example, are placed in a concrete pit just beyond the retaining wall by the guest wing, surrounded with bluestone coping, and covered with a grate for easy maintenance while remaining unobtrusive. The two-car garage is discreet, attached to the barn as a lean-to, and a small caretaker’s apartment is situated under the guest wing.

The fictional story of the Dutch farmer and the generations that succeeded him brought a real-life happy ending to the project: Murray says that when he talks with the homeowners, they tell him how grateful they are for each day spent inside its walls. “From my point of view, everything needs to work,” Murray says. “That means the closets need to be laid out properly; the bathrooms and kitchens need to be laid out thoughtfully. And if you keep adding all of these good ideas on to one another, the end result is pretty remarkable—it’s a house that works.”

Life in a Reproduction Saltbox