With its rambling suburban neighborhoods, Baton Rouge, Louisiana’s capital city, doesn’t share the same storied architectural heritage of its larger downriver neighbor, New Orleans, except in rare instances such as Eliza Beaumont Lane. Here, amid an otherwise suburban setting, one will find a delightful urban surprise—an intimate urban street graced by historically inspired facades abutting the sidewalk. This compelling setting is evocative of the lower French Quarter or the Faubourg Marigny neighborhood of New Orleans where narrow shotgun houses and Creole cottages are nestled as close to each other as they are to the narrow street.

Shotgun houses are a rather pervasive historical type in the American South, but the Creole cottage is distinct to south Louisiana. In its purest form, the Creole cottage features a squarish plan with a grid of four adjoining rooms that interconnect without hallways. The gable ends are on the sides, and the roof slope facing the street typically features a pair of dormers that provide light and ventilation for an attic room. At the back of the house, facing a courtyard, is an open loggia (porch) flanked by two small rooms on either side, called cabinets (cab-i-nays). The street façade typically has a narrow overhang (called an abat-vent) that shelters the casement doors and windows from the heavy rains of south Louisiana.

The Creole cottage was built pervasively in Louisiana from the early days of the colony in the mid-1700s to about the time of the American Civil War, at which point New Orleans was a large bustling city with increasingly American inclinations. During Reconstruction, the fashion of the day in Louisiana, and the rest of America, was Victorian architecture. The simple Creole cottages had not just become old but were regarded as old-fashioned—a provincial reminder of the day when south Louisiana was a remote backwater French colony, so many of the city’s Creole cottages were modernized to make them more fashionable.

Victorian brackets were added to the abat-vents, which were oftentimes also retrofitted with filigree trim in Victorian motifs; door and window casements were embellished with more ornamental trim. Today, on the streets of the French Quarter and adjoining downtown faubourgs, Victorian-era Creole cottages abound, and these buildings, with their historical alterations, were the inspiration for designer and developer Mike Waller’s Creole Victorian townhouse on Eliza Beaumont Lane. 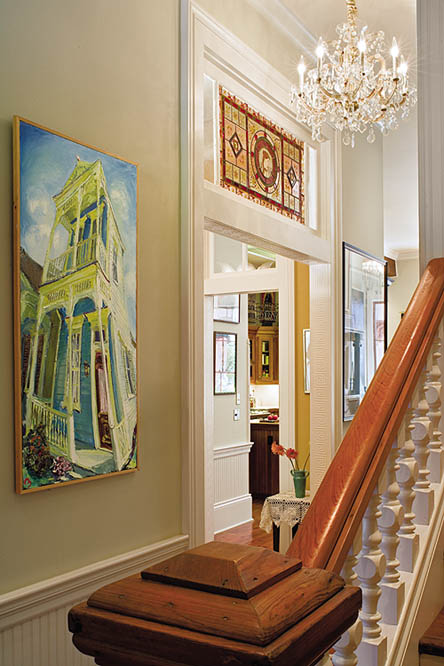 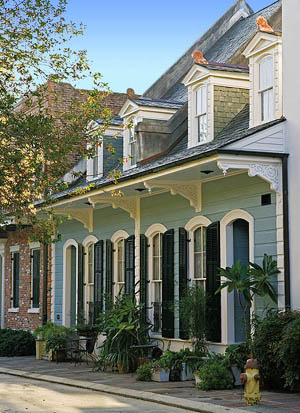 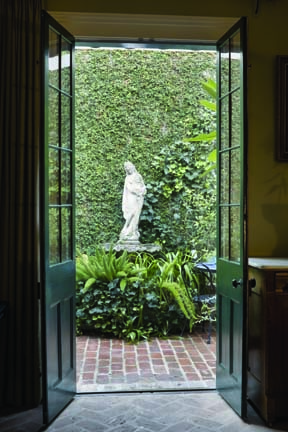 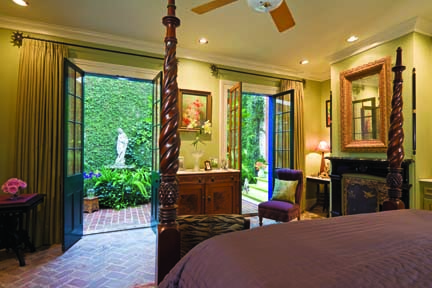 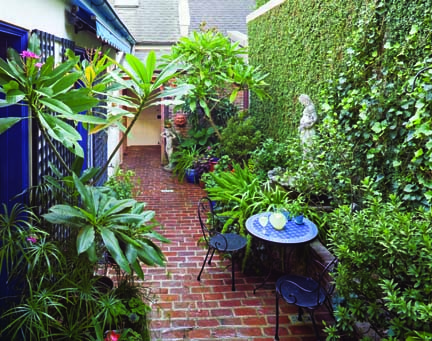 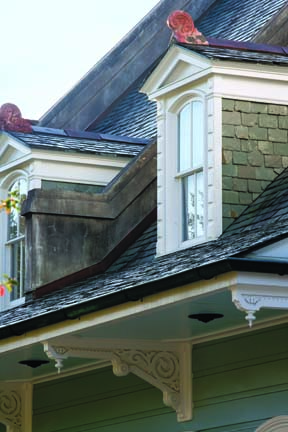 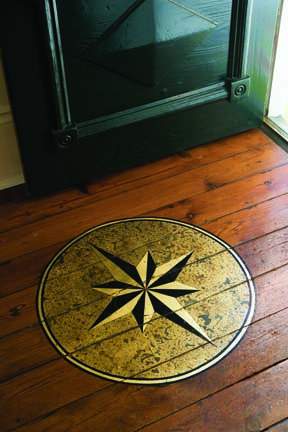 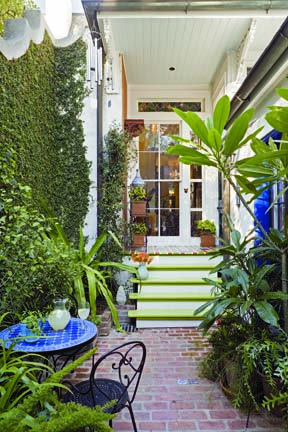 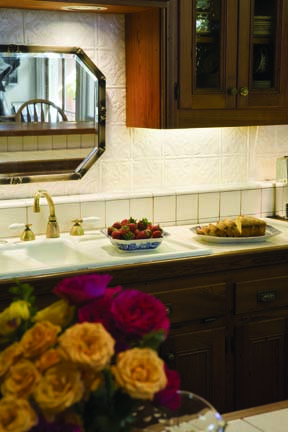 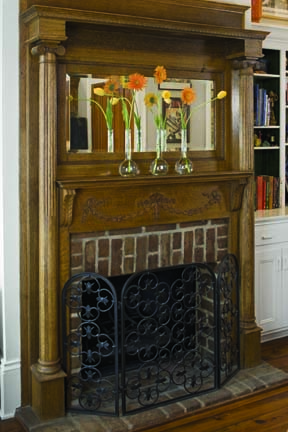 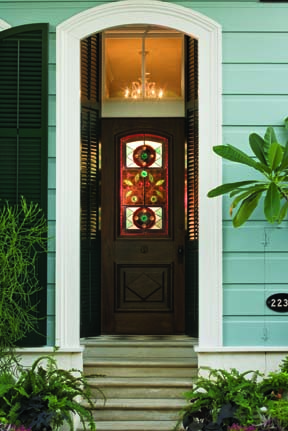 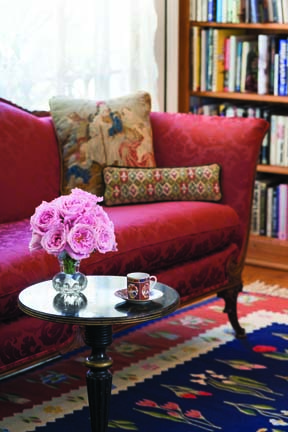 Mike Waller is currently the principal of a small architectural firm, Charrette Design Group. In the late 1970s, Waller was masterminding his own real estate developments, which included Beaumont Lane. There was only one problem with his plan to re-create a block of the French Quarter in suburban Baton Rouge: It was illegal. Urban house types with no setback from the street and built out to the adjoining property lines were not permitted under the suburban building code of the day.

Though it was readily acknowledged that townhomes were integral to historical urban neighborhoods, these kinds of buildings were antithetical to the suburban dream of detached houses set on a large expanse of landscaped turf; therefore, the plan for Eliza Beaumont Lane would require a bit of scheming.

The head of the planning commission in Baton Rouge was sympathetic to what Waller wanted to do but realized it was quite illegal under the building code, so he suggested that plans be submitted for a single townhouse first. With no adjoining buildings around it, there would be no immediate issues. Once this was approved, Waller submitted an intentionally vague proposal for more houses on the adjoining parcels.

The planning commission director wrote a letter to accompany the proposal stating that Waller’s plan called for a lower housing density than the code allowed, with no mention of setback illegalities. The hope was that given the favorable housing densities, the specific code violations wouldn’t be noticed. Luck prevailed and a building permit was issued for the project. All the scheming was eventually rewarded with a formal acknowledgment of appreciation: In 2001, more than 20 years after Eliza Beaumont Lane was developed, it received an award of merit by the Baton Rouge Coalition for Smart Growth.

Squarely in the middle of Beaumont Lane’s townhouse block sits one of a pair of townhouses featuring a Victorian Creole façade. Before this project was designed, Waller had purchased a pair of tall Victorian windows from a salvage yard and wanted to use them in an upcoming project. The windows became the seminal Victorian-era elements that would influence the balance of his architectural design.

Recycled materials were used throughout the house: Longleaf pine planks from the roof of a warehouse at the Poydras Street Wharf in New Orleans were used for flooring; the floor of the master bedroom was crafted of recycled bricks from another New Orleans warehouse; the slate roofing material came from the old Louisiana Governor’s Mansion; the ornamental brackets adorning the façade are genuine Victorian-era brackets from a New Orleans salvage yard.

The list goes on. Every room in the house has some recycled elements or fixtures made from newly milled recycled wood. Waller’s penchant for old materials was influenced by A. Hayes Town, a revered Baton Rouge architect whose traditional vernacular buildings were inspired by the historical plantation architecture of colonial Louisiana. Town didn’t just design buildings in the style of Louisiana’s plantation architecture; he scavenged relentlessly for old materials, which became formative components of his new designs. Town helped to establish a contemporary respect for historical architecture and historical materials in south Louisiana, a respect that Waller shares and has continued to advance.

The Victorian Creole façade serves as a foil for a contemporary interior plan. There are several references to historical room layouts, however, such as a traditional service wing at the rear of the primary structure that houses a master bedroom suite, though the classic plan of a Creole cottage isn’t incorporated in this hybrid design. Instead, Waller has created a synthesis of virtually every historical building plan prevalent in south Louisiana through the end of the nineteenth century.

A key element of this synthesis is a narrow courtyard enclosed by the rear façade of the primary structure, a property line wall, and the service wing that connects the primary structure to a garage at the rear. A fountain is the centerpiece of the courtyard, an inviting outdoor room connected to the master bedroom by a pair of French doors.

The second floor nestled within the roof pitch has two bedrooms and a bath, and a grand stair is located in a side hall on the main floor connecting the main living level with the upstairs bedrooms. A pair of dormers brings light and air into the front upstairs bedroom. The rear roof pitch, which can’t be seen from the street and can barely be seen from the courtyard, has Velux skylights (in lieu of dormers) and composition shingles (in lieu of slate).

The front room on the main floor is an effective merger of a proper Victorian parlor and a library. Built-in floor-to-ceiling bookcases cover a side wall. Pocket doors connect the parlor-cum-library to the dining room, and behind the dining room is a large open room that incorporates a kitchen and family room.

The kitchen configuration is suspiciously similar to a bar, with a long counter and a cadence of wooden stools. An eclectic array of neon beer signs perched on the tops of the kitchen cabinets serves to penetrate the thin disguise. The cabinetry is constructed from newly milled tidewater red cypress salvaged from an old barn in Rosedale, Louisiana. Across from the kitchen counter, a suite of lounging furniture is clustered around an Edwardian oak mantel, a salvaged piece that came from Houma, Louisiana.

Waller’s Victorian Creole cottage began as a spec building, not as a custom home for a client/patron, but early on during construction, a longtime acquaintance of Waller decided to purchase the building. Plans were subsequently modified somewhat to accommodate a specific rather than a generic homeowner.

One testament to an enduring architectural design (that’s seldom applied, by the way) is the residential tenure of the original purchaser. After all, no one stays very long in a home that doesn’t function well or that isn’t gratifying over time. Nor does someone stay in a place that isn’t malleable enough to accommodate the evolutions in his or her personal life, such as marriage.

In this regard, Waller’s Victorian Creole cottage is an unqualified success. His friend, who agreed to purchase it more than 20 years ago when he was a bachelor and the house was only a framework of wooden beams, still lives there with his wife of many years. After all, what endorsement of a home is better than “This is something we want to keep.”

Richard Sexton is a freelance writer and photographer who lives in New Orleans.