Three daughters and their mother envisioned a house where art and music were the accompaniment to daily life—and then they built it. (Dad is an engineer and had a hand in the project, too.) Gail Crouthamel and daughters Anne, Robbin, and Holly refer to themselves as the Four Calling Birds, and that’s the name they gave the business.

Gail designed the new building, and all four women took on the responsibility of general contractor. (Photos in the family album show them using an antique manual drill for beam pockets and hand-sawing a post.) They also did most of the finish work themselves, including making and installing tile in kitchen and baths. “When we had our opening celebration,” reports Gail, “we heard many people say, ‘You ought to be featured in a magazine!’, so here we are.” 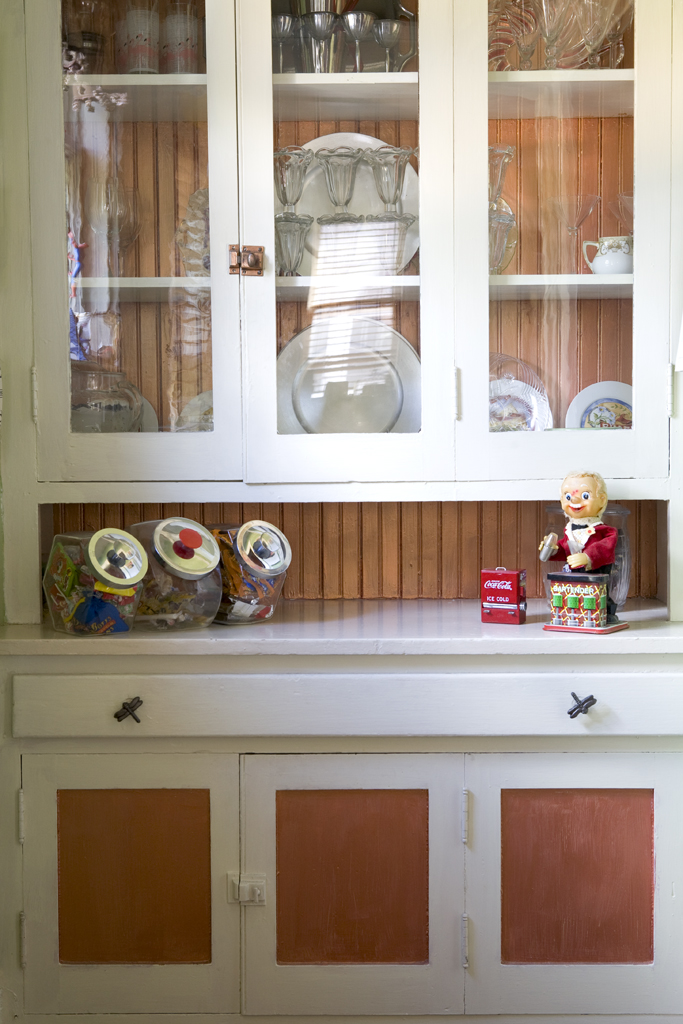 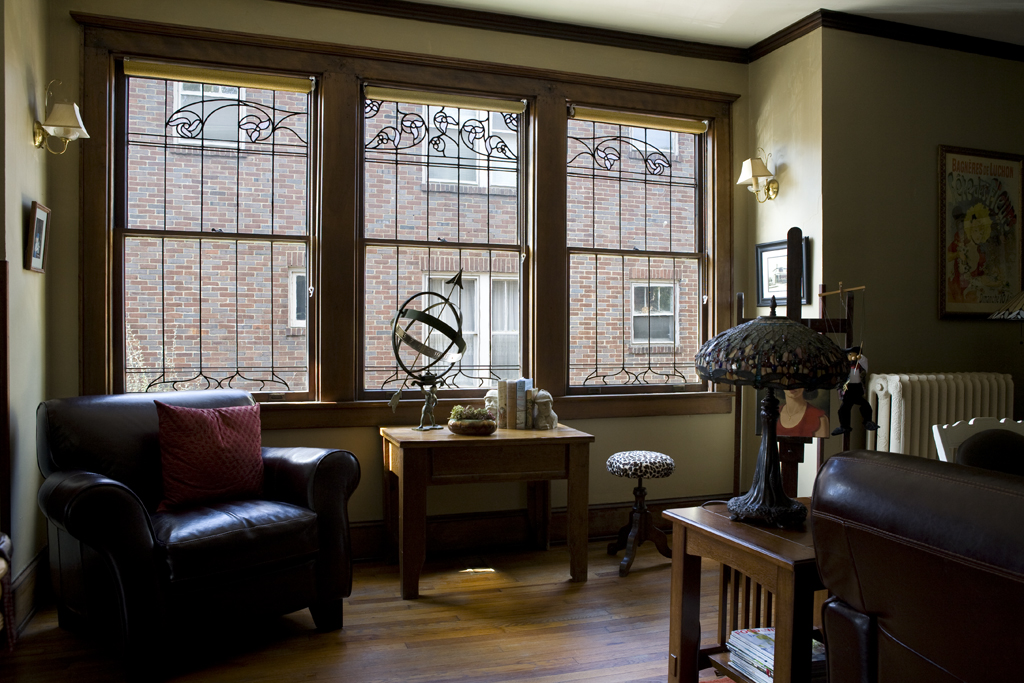 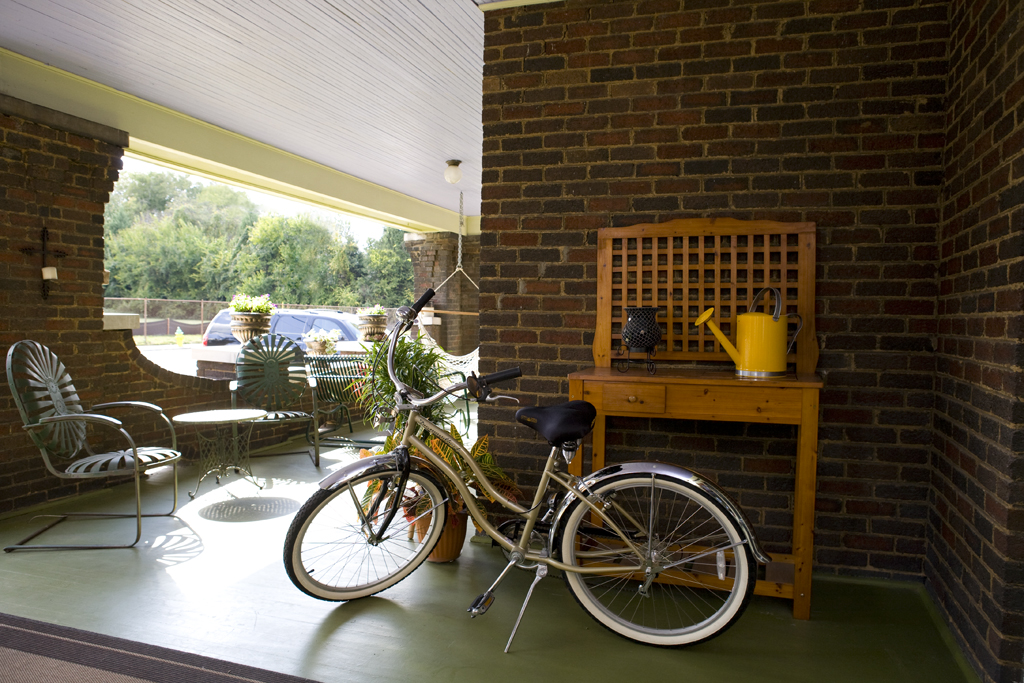 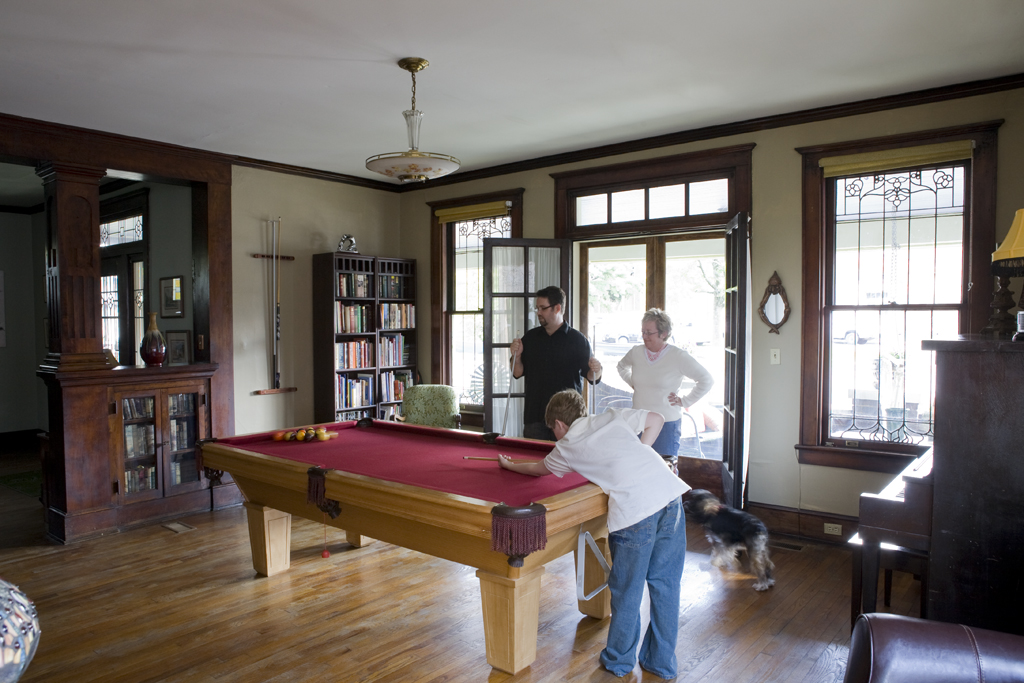 Gail is a self-taught artist who, with her husband, home-schooled the three girls. Anne, Robbin, and Holly showed an interest in and aptitude for music from an early age. As neither parent is a musician, the girls were sent to private instructors to study classical music, while academics were pursued at home.

As her daughters grew up, Gail found that she had more time to devote to her art. Eventually the girls took up painting, too, and the four started a business together. Ten years ago they were asked by the White House to design an ornament for the Blue Room Christmas tree. Over the next few years, the Crouthamels attended highly regarded traditional-crafts shows all over the Northeast. Their paintings and floor cloths have been featured by Early American Life and Country Home magazines. “We’re inspired by nature, and also the art and textiles of the 17th through the early 19th centuries,” says Gail.

Meanwhile, the daughters were finding new musical forms. Their classical background was honed by study with members of the Curtis Institute and the Juilliard School, as well as the Philadelphia Orchestra. Then, after hearing a hammered dulcimer at a show in Virginia, their tastes expanded into Celtic and American folk music. Before long, they were arranging, composing, performing, and recording their own blend. (To date, they’ve recorded five CDs; the most recent, a Christmas collection, was aired on more than 30 radio stations across the country last year.)

By 2004 the family had begun construction of this home and studio. Although the house is new, its details reflect the family’s love of antiques, history, and period design. Learning on the job, they undertook the stucco work on the fireplaces, installed flooring and trim, and created their own handmade tiles for wall murals. Some motifs are their own; others recall designs dating to the 1600s. The project led them into new areas as artists, as they decorated the house with handmade lamps, mirrors, tableware, textile runners, and painted canvas floor cloths.

The place is simple, filled with light, yet rich in color and detail. Creative energy infuses every corner.