Bob Hilton discovered Sitlington through his membership in a fishing camp that belonged to his wife’s family. Reputed to be one of the oldest structures in remote Bath County, Virginia, the 18th century stone house stands on a breezy knoll above a horseshoe bend in the Cowpasture River overlooking 150 acres of rolling hayfields and the forested slopes of the Allegheny Mountains. “I married into the fishing camp next door,” says Hilton, rocking on Sitlington’s restored front verandah. “When I first saw Sitlington, it belonged to a blind recluse.”

Built in 1798 by Colonel Robert Sitlington, following his service in the American Revolution, the house was overgrown with vines and weeds, its mortar crumbling, its porches bereft of paint. But when the property went up for sale more than two decades ago, Hilton, who worked in healthcare services in Nashville, Tennessee, decided he wanted it. “I had seen a restored stone house in France,” he says, “and I had a vision of what this one could be like.” 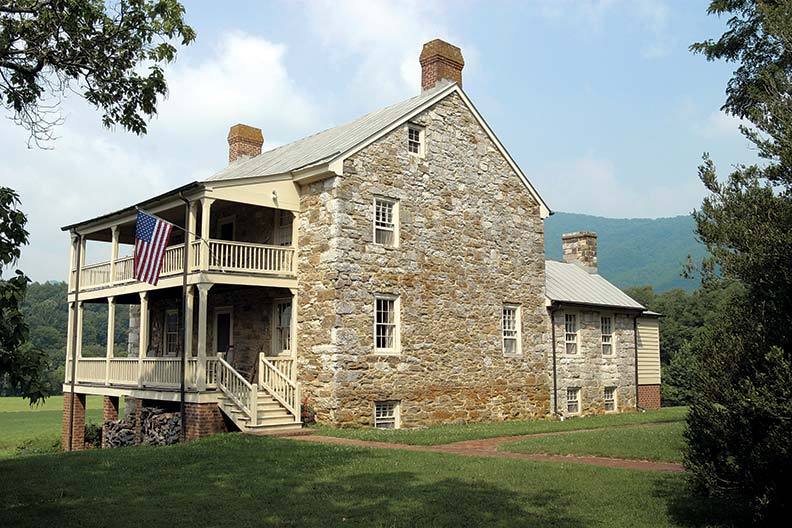 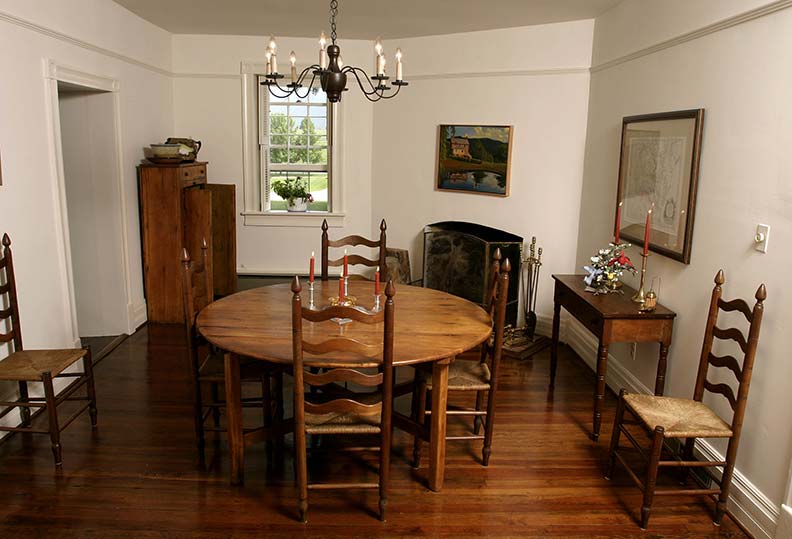 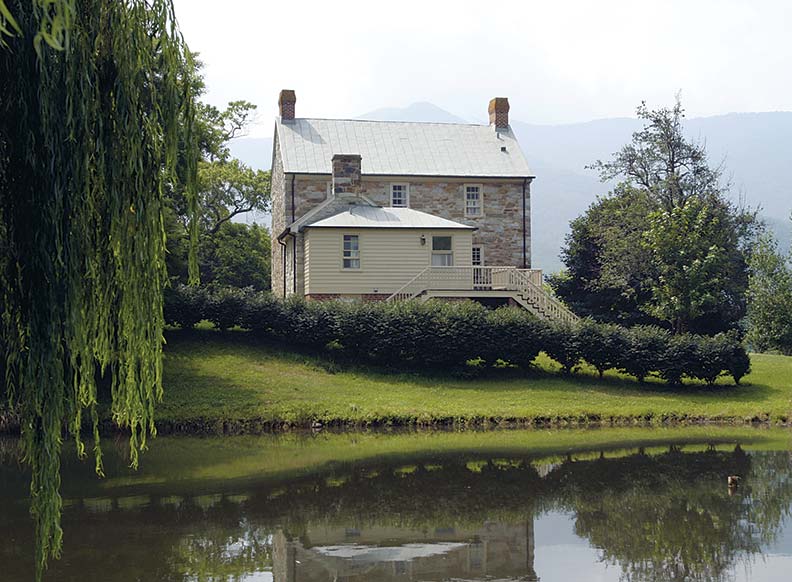 Although the house had no electricity, no heat other than wood stoves, and no plumbing, Hilton and his wife Macon thought they could turn Sitlington into a retreat for family and friends. “We scrambled to buy it—there was another couple interested in it,” he says. They’d never restored a house before they embarked on the two-year project, “but we had a good architect, and we trusted him.”

That was Thomas Craven of Charlottesville, who was immediately taken by Sitlington’s hallmark feature—its magnificent stone work. While most of the mortar was gone and vines encrusted the stones, Craven noted how solidly the stonework still held.

“It was built,” explains Hilton, “to prove to people in eastern Virginia that they could have culture in the western part of the state.” The stone in the home’s front section, original to its 1798 construction, was hauled 50 miles from Staunton, the transportation hub of western Virginia at the time. The stonework in back, part of a post-Civil War addition, is native to Bath County.

Sitlington’s stone walls are about 2” thick at the bottom, tapering gradually to the third floor. The home’s three unique chimneys are built even with the exterior walls and, thus, are not visible from the outside.

Local contractor Phil Burks supervised the restoration and hired stonemason Jerry Rexrode to restore the mostly missing mortar. “We pulled the old mortar out where it still existed,” says Burks, “and repointed all the stonework,” which took about a month.

In the meantime, Hilton began chiseling away at the home’s 11 fireplaces, nine of them original to the 1790s structure. All had been replastered over, some with wood stoves installed. “Underneath,” he says, “most of the fireplaces were in really good condition.”

Hilton’s chisel slowly revealed the craftsmanship of two centuries ago, including the vast stone fireplace—6’ wide and 3’ deep, with a massive oak beam for a mantel—that once served the basement kitchen. “No one even knew it was there,” says Burks, “and now it’s a real focal point.” Two chairs, pulled up to the fireplace in what is today the Hilton’s basement family room, were purchased by Bob and Macon, now retired grandparents, after they first married.

The family room ceiling is the unfinished underside of the original upstairs floors. Bob scrubbed the whitewashed beams with a Brillo pad to reveal the original wood. More of the home’s original woodwork is visible in the attic, where hand-hewn beams with wooden pegs and roof slats remain exposed beneath a new tin roof.

Along with molding dating to the 1920s and pocket doors, the interior features kitchen cabinets and bookcases of wood recovered from the estate’s old barns. In the study, the Hiltons display a copy of the 1743 land grant from King George II, offering the property on with Sitlington now stands to William Doherty, who later sold the estate to the Sitlingtons, owners of the property for more than a century.

Today the Hiltons typically occupy Sitlington from Easter through the end of October as an escape from the heat and noise of Nashville. The furniture is simple Victorian-era farmhouse antiques collected over several years in Tennessee, North Carolina, Virginia, and Kentucky. Among the couple’s favorite pieces in a round Boston “dancing” table in the dining room, with legs that fold up so it can be moved aside to provide dancing space. “None of the pieces here are very valuable,” says Hilton. “We just wanted a comfortable country look.”

With two grown and married children and three grandchildren, the Hiltons frequently host family gatherings in Bath County. “Last Fourth of July, the whole family was here,” he says. They also entertain friends from both Virginia and Nashville and use this as a home base for fishing excursions and hikes into the nearby George Washington National Forest.

“It’s tempting to consider moving here permanently,” says Hilton, as he stands on the upper front verandah looking east toward the wooded slopes of Virginia’s Alleghenies. “This place exudes history. When I’m here, I think about the man that built this house and all his descendants who lived here and enjoyed it, just as we do.”

Living in a Bungalow