After years of trying to conceive, Candice Hadley and Bob Johnson discovered they were expecting the same day they made an offer to buy their dream house—a stately Italianate farmstead located an hour outside of Chicago. Longtime OHJ readers, they had found the house in the magazine’s pages. “I always loved looking at the historic property listings in the back and dreaming,” explains Candice.

By the time the couple closed on the home and were ready to move in, Candice was about 6 months along, so it was quite a surprise when their son, Sam, arrived just two weeks later. “We just figured he was excited to see his new house,” says Candice.

As Sam grew, it became apparent that he had some developmental challenges, so the Hadley-Johnsons began looking for ways to outfit their 1865 house to better accommodate their son’s needs. They sought an architect experienced in historic houses and disability access to help them, and found both in Michael A. Lambert, of ARRIS Architects + Planners. 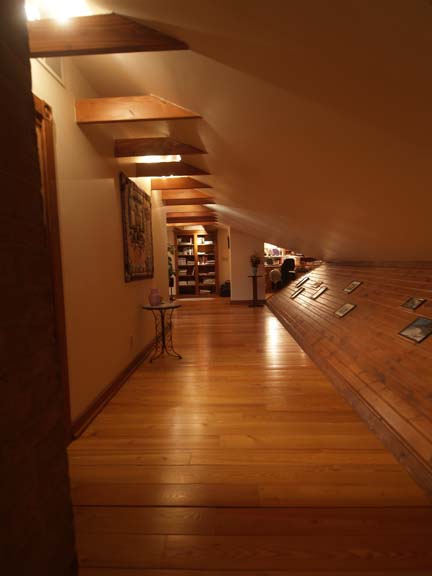 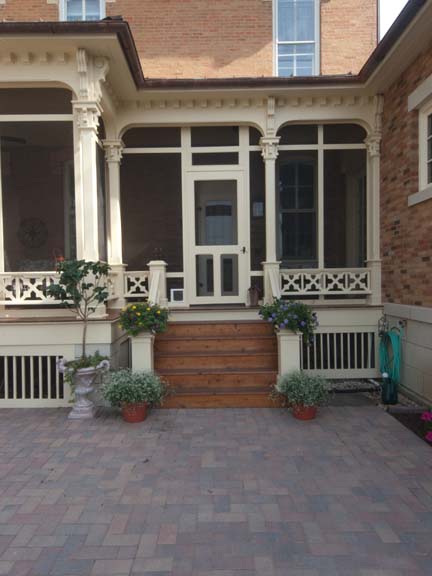 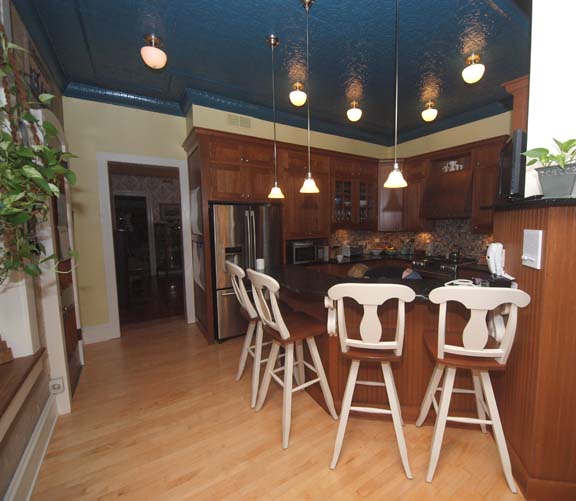 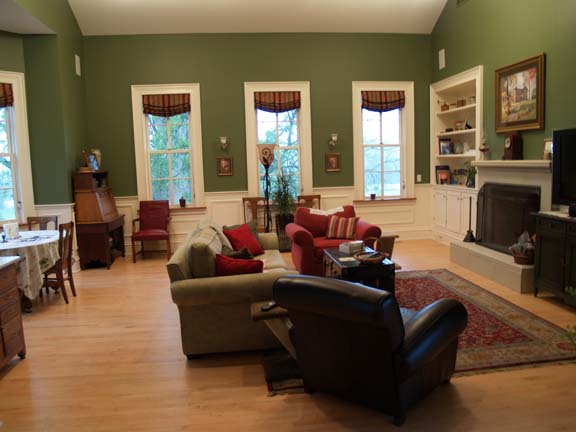 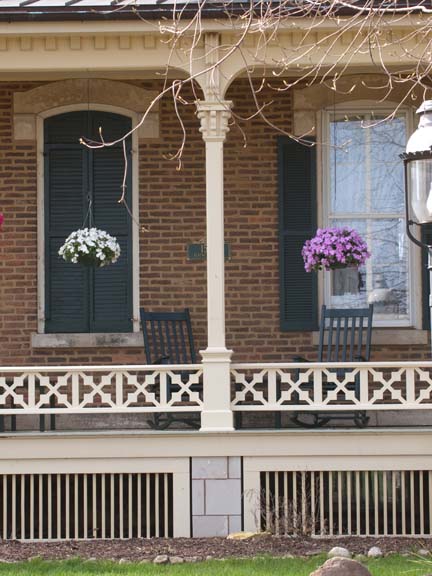 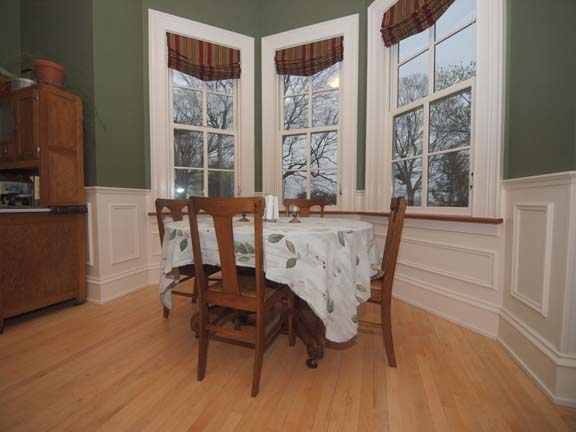 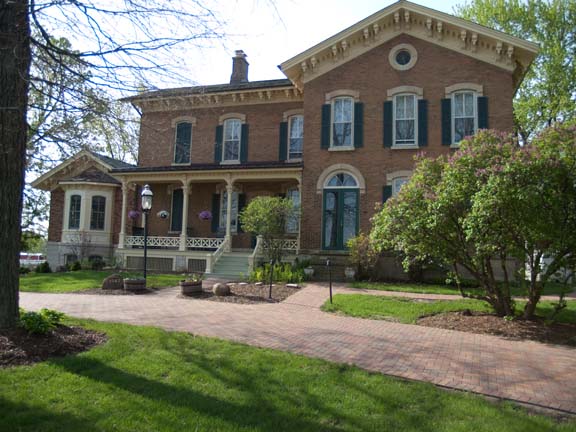 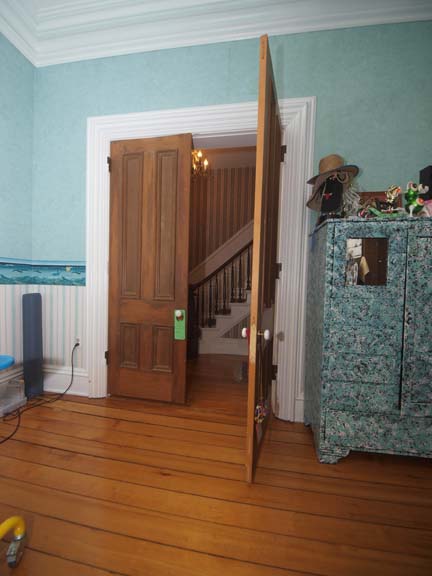 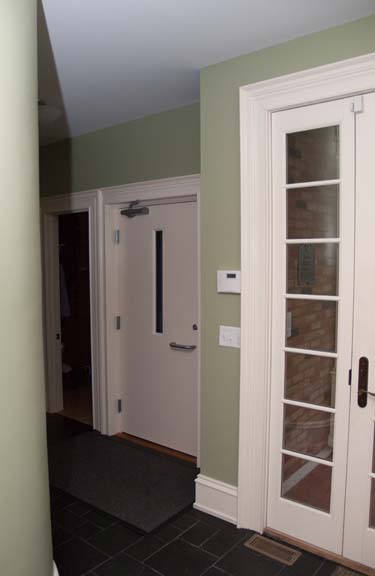 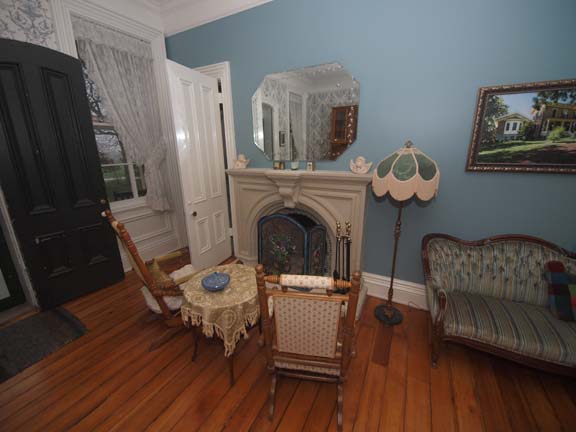 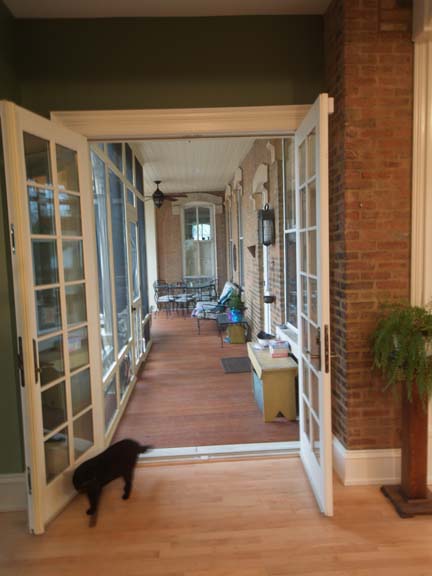 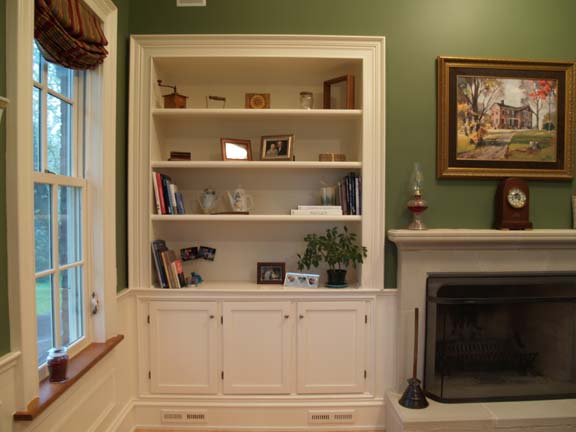 “As Sam’s grown into a young man, his desire for greater mobility and independence has been a challenge within the historic walls of his home,” says Michael, whose goal with the Hadley-Johnsons was to create a space friendly to Sam’s needs without compromising the integrity of the home’s historic architecture.

To begin with, Sam, who has cerebral palsy, needed a new, comfortable bedroom with his own wheelchair-accessible bathroom. The Hadley-Johnsons also wanted to create additional first-floor living space for Sam and, looking down the road, hoped to build him a separate living area, too. “I anticipate that one day he’ll want to be close to us but have more independence and not be right under our noses,” explains Candice.

In creating Sam’s bedroom, the first challenge was deciding where to put it. Two possible contenders emerged: the home’s original parlor, which had been retrofitted as Candice’s office during an earlier ARRIS project, and the dining room. “The parlor was basically square, so it allowed Sam a lot of maneuvering room, as well as space for friends and sleepovers,” says Michael. Decision made—Candice’s office would move to the attic.

To facilitate an easy bedroom entryway for Sam, the parlor’s single door was converted to double swinging doors with a ball latch at the top, which Sam can open and close himself (something he couldn’t manage with pocket doors). “In this region, a lot of historic houses have double swinging doors, so it was sensitive to the period,” says Michael. The original door was paired with an interior door removed in earlier decades, which was found on the premises.

The next obstacle was the bathroom. While the parlor adjoined a powder room, also accessible from the hallway, it wasn’t big enough to contain a toilet, sink, and handicap-accessible shower. Michael came up with the idea of placing the sink just outside the bath in the bedroom itself, and designed a cabinet-like piece of furniture to house it. “It works really well,” says Candice, “because Sam can push his wheelchair right up under the cabinet’s legs.” Mindful of historic details, when the team sealed the old hall doorway off to build the shower, they encased the original door hardware behind the new shower wall. “The hardware’s still there,” says Michael, “so everything is completely reversible.”

In order to give Sam easier access throughout the main floor, two doorways were widened from 2’8″ to 3’4″ to accommodate the 15-year-old’s new adult-sized motorized wheelchair. He can now access every room on the first floor. The kitchen layout also was revised with Sam in mind. The Hadley-Johnsons felt it was important to keep the original footprint, but in order to improve flow in the small space, Michael reoriented the kitchen, turning the old eating area into a path for accessing the new family room, creating a straight shot for Sam to travel from one space to another. The addition of a peninsula added a workspace with a view into the new family room, as well as a place where the family can grab a bite together. “Sam’s wheelchair telescopes up so he can eat at the counter, too,” says Candice. The kitchen boasts soapstone countertops, a copper range hood, and tin ceiling tiles painted a vibrant teal, an idea that was all Bob’s. “At first Candice didn’t want a tin ceiling, but I’d seen them in many old homes and liked the idea,” says Bob. “The color was another matter. In the beginning we were thinking about copper, then I suggested adding some color…”

Just off the kitchen, the new family room is bright and airy and accented with built-ins cased out in re-created historic moldings; it’s a comfortable place where the family spends a lot of time. “I like the open space in the family room for my son to tool around in,” Bob says. Easy movement is also facilitated by a new entrance for Sam, who now accesses the house via his own elevator, which begins at ground level and goes up one floor. The elevator, which actually is an enclosed porch lift, deposits Sam in a tiled room beside the home’s back door, where his chair’s wheels can be wiped clean without too much trouble. “It was really important to Candice and Bob that Sam’s entrance be close to everybody else’s,” says Michael. As it turns out, this part of the project is one of Sam’s favorite features. “Sam absolutely loves the elevator,” says Candice.

A new basement apartment, added in consideration of Sam’s future needs, sits directly beneath the family room. The apartment has tile floors for good traction and a full-sized handicap bathroom, as well as plenty of space where Sam can live more independently in the years to come.

Since Sam’s new bedroom overtook Candice’s old office, Michael designed her another workspace in the attic. “I loved the attic space I used to stay in at my grandma’s house, but I didn’t like that it felt closed in,” says Candice. Consequently, a main objective for the office was keeping the space airy; custom built-ins and skylights help make it work.

Some original architectural elements also got a tune-up. One was the front porch, which had fallen off years earlier. Michael found ghosts on the front of the house, which enabled him to exactly re-create the posts and brackets. The balusters were a bit more of a guessing game—the pattern came from an original example Candice and Bob spotted on another Italianate house in Delavan, Wisconsin, driving back from a weekend road trip. “We photographed that porch at night, and Michael was able to take that concept and create the pattern,” says Candice.

Michael’s creativity also came into play in the dining room—a space Candice calls the most historic room in the house—where a fireplace added by previous owners needed help. “The old fireplace was a very 1970s vision of what a Colonial fireplace should be, and didn’t match the house at all,” says Michael. “So the question was: How do we at least make it sympathetic?” Michael found a cast limestone mantel that nearly matched the color of the foundation. “It’s not historic by any means, but the overall character is appropriate to the house,” he says. A surprise discovery in this room was a time capsule. “When we pulled the wallpaper down, we found that people who had lived here had penciled their names across the plaster,” says Candice. “So we signed the walls, too, before we repapered them.”

What the Hadley-Johnsons like best about their new addition is the way it lets their son move readily around the house, something they don’t take at all for granted.

“As Sam’s gotten older and larger, we can’t easily go to other people’s houses, so we really needed to be able to do more entertaining here,” says Candice. “Now there’s plenty of room for that.”

“This is the only home Sam’s ever had,” she adds. “I want it to always be comfortable for him.”

A Reproduction Georgian House in Massachusetts

Uncovering the History of a Federal House

English Cottage on the Lake

An Exuberant Queen Anne in Michigan